Nigerian Idol Returns to the TV Screens Six Years After

Nigerian Idol has been a platform for talent discovery and expression. It is the 6th Nigerian version of the idol series franchise.
The sixth season of the reality show already begun airing on March 14, 2021, on DStv Channel 198 and GOtv Channel 29.

The first season went on air in October 2010 and is shown on 15 different channels all across Africa.

in 2011, Onyekachi Elizabeth Gilbert Onwuka emerged as the winner for the 1st season.

In 2012, Mercy Chinwo was declared winner of the second edition of the reality show.

In 2013, Moses Obi-Adigwe emerged as the winner of the 3rd edition of Nigerian Idol reality TV show.

In 2014, Zibili Evelyn Ibhade was declared winner of the 4th edition of Nigerian Idol.

In 2015, Kunle Ogunrombi emerged the winner of the fifth edition of the Nigerian Idol.

As much as the popular music reality show, which is an offshoot of the Idol franchise, is making its comeback after six years, it is still unclear why the show has been on hold since 2015 but Africa is delighted to have one of the most anticipated reality show in Africa.

Now, who will be the next Nigerian Idol winner?

10 African Presidents Who Died in Office 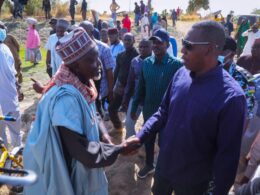