Dozens of Tunisian civil society activists from the port city of Sousse rallied in front of the Italian Embassy in Tunis to demand the return of nearly 300 containers of household waste irresponsibly imported from Italy.

Italy exports thousands of tons of waste abroad yearly as it’s unable to dispose its produces. A huge percentage of the waste is usually sent to northern Europe.

Former National Anti-Mafia Prosecutor Franco Roberti, confirmed that for some years, Italy’s waste has been sent to North Africa, often with the complicity of criminal organizations such as the mafia and the Camorra. Franco established the fact that some of these waste products are sent illegally to Tunisia.”

Addressing the waste scandal, Italian news agency ANSA reported the containers were declared by the Tunisian company importing them to contain scrap plastic left over from manufacturing processes, with the aim of recycling.

The containers were found to be holding tons of household and hospital refuse; items banned by Tunisia. It raised speculations that they form part of an illicit trade in waste products.

The demonstration was organized to demand the repatriation to Italy of the 282 containers of Italian waste still blocked at the port of Sousse. The activists protested carrying garbage bags loaded with bouquets of flowers and chanting “Tunisia is not the trash of Italy”.

The demonstrators displayed their displeasure with both governments saying it as a “crime against the Tunisian people and charging (Tunisian) authorities to show more determination to have the waste returned. 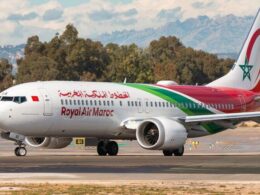 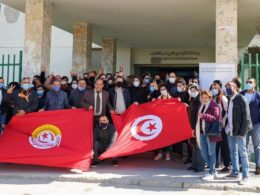 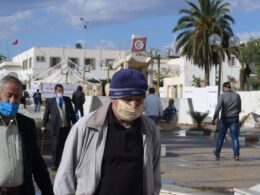 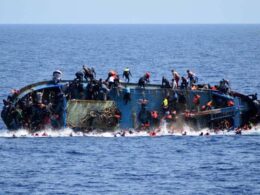