Top East African banks increased provisions for bad debts by over $736 million in 2020 to reduce exposure on household and business loans in the countries ravaged by the Covid-19 pandemic, affecting impacting profitability and returns to shareholders.

East African Banks have eased-off on loan payments as the coronavirus pandemic has seen the world face its biggest health crisis this century, posing one of the most unsettling periods to businesses, and people losing livelihoods.

Top East African banks increased provisions for bad debts by over $736 million in 2020 to reduce exposure on household and business loans in the countries ravaged by the Covid-19 pandemic, affecting profitability and returns to shareholders.

A review of the East African banks audited financial statements show that the top eight Kenyan banks by market share more than tripled their loan loss provisions to Ksh104.64 billion ($960 million) from Ksh28.68 billion ($263.11 million) in 2019.

Equity Bank, the largest lender in the East African region by assets of $9.35 billion and market capitalization of $1.44 billion, took the greatest hit on its net earnings after increasing its loan loss provision by Ksh21.6 billion ($198.16 million) to take care of the Ksh171 billion ($1.56 billion) worth of loans that had been restructured to bailout customers adversely affected by the pandemic.

Your Friends Also Read:  No solution to tariff hike: calls for Eskom restructuring

According to the Chief Executive Officer of KCB Group Joshua Oigara, the Covid-19 pandemic has seen the world confront its biggest health crisis in this century, posing one of the most disruptive periods to businesses. As a Bank, we recognize that our actions during this pandemic are essential in keeping our economies across the region going.”

In Rwanda, the Bank of Kigali increased its provisions for bad loans by 83 per cent ($16.6 million) to $40.2 million from $23.6 million.
According to the National Bank of Rwanda, Rwandan banks restructured loans worth Rwf799.9 billion ($218 million), accounting for 31.7 per cent of total loans last year (2020).
Similarly, in Tanzania, National Microfinance Bank (NMB) increased its loan loss provisions by $7 million while CRDB reduced its provisions by $8 million.

Your Friends Also Read:  Nigeria's Bourse Rises By 0.03 Per Cent

In Uganda, Stanbic Bank Uganda’s bad loan provisioning more than doubled to Ush91.8 billion ($25 million) in 2020 from Ush43.5 billion ($11.8 million) in 2019, leading to a sharp dip in profits to Ush242 billion ($66 million) from Ush259 billion in 2019 ($70.6 million).
Comparatively, West African banks under-provisioned their loans by $157 million while Southern, and Central African banks under-provisioned by $28milion, according to market analysts at the African Financials Group.

In Zambia, the banking industry reduced loan loss provisions by 29 per cent to $1 million from $2 million on a total loan book of $354 million. 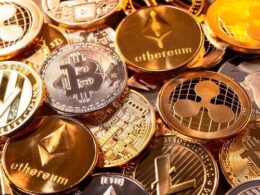 He stated that the exchange commission had halted the implementation of cryptocurrency assets guidelines due to a lack of access to Nigerian Deposit Money Bank accounts.
byAdesola Bolaji 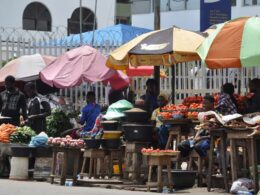 This is an indication of the dwindling purchasing power of Nigerians as it implies that Nigerians spent more on purchasing goods and services in the month of March, compared to February.
byAdesola Bolaji 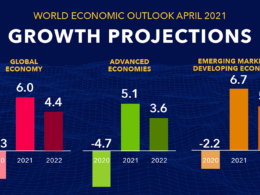 In its World Economic Outlook for 2021 and 2022, the International Monetary Fund has said the economy of…
byRilwan Balogun
2 shares
2
0
0 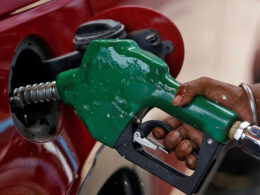 The Kenyan National Treasury weighed in to prevail over the earlier attempts by the Energy and Petroleum Regulatory…
byBlessing .A