Serum Institute of India has refunded the money paid by South Africa for 500,000 doses of the vaccine, Minister of Health, Dr. Zweli Mkhize remarked on Thursday.

South Africa, in its bid to prevent the spread of the virus had paid for the vaccines ahead of delivery but as new research showed the reduced potency of the AstraZeneca vaccine against the South African strain of the virus, the country expressed preference for more effective brands.

On Thursday, Mkhize said the company fully refunded South Africa and hasn’t delivered any dose yet, making the repayment easier.

South Africa is looking to step up its vaccination drive by procuring at least 1 million doses of the Johnson & Johnson COVID-19 vaccine.

South Africa is the worst-hit country by the virus in Africa but so far has shown swift response against the disease which has infected millions and killed thousands in the country.

Last week, South Africa said it expects vaccines from Pfizer which should be enough to further help the country towards reaching its herd immunity target. 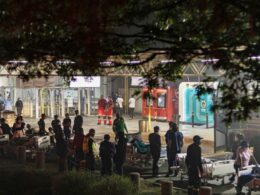 Fire Breaks Out in SA Hospital, Patients Relocated to Other Facilities

A fire has forced hundreds of patients to evacuate from Charlotte Maxeke hospital, Johannesburg, one of the biggest…
byBlessing .A 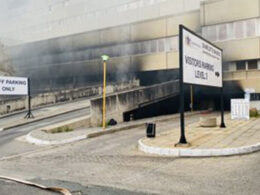