The Level Six Referral Hospital is the latest move by the government to improve the welfare of members of the disciplined forces.

The construction of the 700-bed facility is planned for completion in three years to provide specialised services to the security sector agencies and the general public.

The President, who was accompanied by Defence, Interior, Treasury and Health cabinet secretaries, Chief of Defence Forces General Robert Kibochi, Attorney General Kihara Kariuki, Inspector General of Police Hilary Mutyambai and all other formations heads, said the hospital will be built through a partnership with the government of China and will be the first of its kind after the Armed Forces Memorial Hospital that was constructed in the early 1970s. 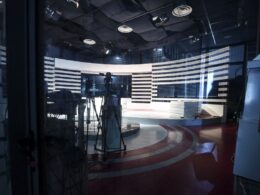