Why Germany Must Return Arts Stolen from Namibia, Others – Chimamanda Adichie

In a high-powered message at the Humboldt Forum in Germany, world-renowned Nigerian author, Chimamanda Ngozi Adichie told a local audience of the need to return arts stolen from different African countries including Namibia and Cameroon.

Adichie in her address took on German authorities, queried their colonial times and the  actions that seemed to denigrate or reduce the values of the African art and culture.

Citing examples, she said of a research she conducted during her second novel “Half of a Yellow Sun” of a man who left his properties at the height of the Nigerian Civil War but ensured he didn’t leave his house without a sculpture. The sculpture according to Adichie was his “Chi” (an Igbo, South-East Nigerian word for guardian spirit). Adichie made the point to highlight the importance of those “mere” sculptures to African people.

She further questioned the lack of will by European countries to return arts stolen from Africa during their years of colonial pillage. Citing another example of a Congolese woman living in Belgium whose son doesn’t understand the atrocities committed by King Leopold in Congo, because Belgian history doesn’t reach it, Adichie called for the need to tell the full story while detailing history, as that won’t make it a lie.

“To tell only one part of a story is essentially to lie. A story is true only when it’s complete,” she said at the programme which had in attendance the German President, Frank-Walter Stenmeier.

Adichie said Germany should revisit its years of atrocities in Namibia and remember that the skulls currently housed in museums across the country are actually the painful memories of a people. While Germany has stated its desire to return some of the stolen arts, including the Benin Bronzes stolen by British colonialists in Nigeria and some of which are kept in German museums, she urged German authorities to show more commitment towards taking actions that underlines its remorse towards its ruins in Africa.

She, in her address, demanded that the sculptures and arts stolen should be respected and returned regardless of what their original owners make of them, as they are not the properties of the European countries that currently house them.

Museums in Germany, United Kingdom, Belgium, France and other European countries are filled with the imprints of their colonial pillage. From skulls of people killed in carpeted genocides to actual works of ingenious arts of old, European museums are dominated by African belongings.

German South West Africa, present day Namibia was a colony of Germany between 1884 and 1915. Those years saw the killing of thousands of Herero and Nam people who fought against the presence of Germans on their lands. Until recently, Germany didn’t accept it committed a genocide and offered to pay reparations for its atrocities, to the tune of €1.1bn, to be spread in developmental funding in the pillaged communities for a period of 25 years.

The Herero people have been vocal about the rejection of such plans and condemned the hurried acceptance of the Namibian government of the offer. Like it operated in Namibia, the bitter imprints of German colonialism are also in the former German East Africa which is today, Burundi, Tanzania, Rwanda and Mozambique. The country also stole arts from Cameroon including sculptures highly regarded in the cultural history of the country. 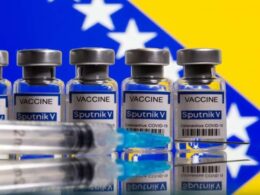 Namibia Moves to Suspend Use of Russian COVID-19 Vaccine

Days after the drugs regulator in neighbouring South Africa flagged concerns about the safety of Russia’s Sputnik V…
byBlessing .A 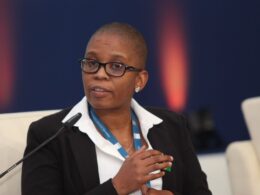 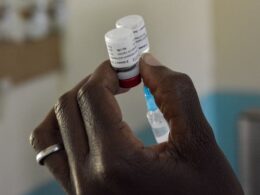 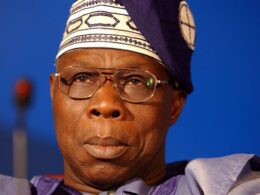 The United Nations recognises mediation as one of the most effective methods of preventing, managing and above all, resolving conflicts.
byThe Conversation
Go to mobile version