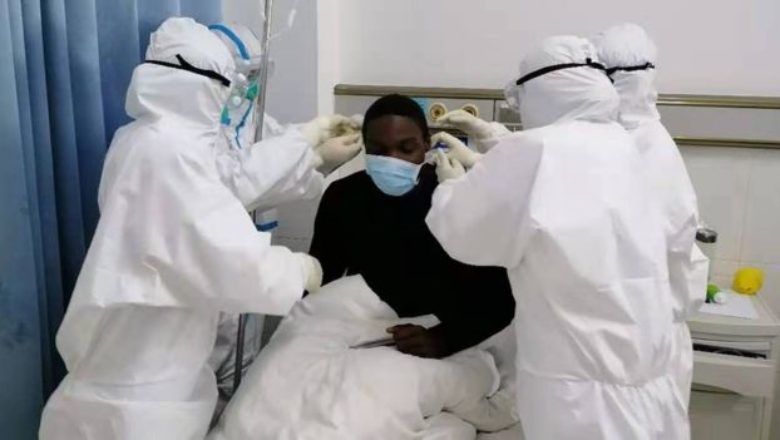 Africa will mark one year since its first coronavirus (COVID-19) case on Sunday, 14 February 2021 as the World Health Organisation (WHO) revealed a surge in deaths related to complications from the virus on the continent.

According to WHO, Africa witnessed a 40 per cent surge in COVID -19 fatalities, pushing the death toll there toward 100,000.

WHO Regional Director for Africa Matshidiso Moeti, says there are warnings that health systems in Africa are dangerously overstretched.

Moeti advises that this grim milestone must refocus everyone on stamping out the virus.

At the same time, new contagious COVID-19 strains are spreading rapidly as Africa gears up for its largest-ever vaccination drive.

The variant known as B1.351, which was first identified in South Africa, has now been detected in eight African States, while the mutation initially identified in the United Kingdom, called B1.1.7, has been found in six countries on the continent.

While a vaccine that protects against all forms of COVID-19 is biggest hope, preventing severe cases which overwhelm hospitals is crucial,” Moeti said.

This week, South Africa said it would pause the roll-out of the Oxford/AstraZeneca vaccine, citing a study indicating that it was less effective in battling the country’s dominant B1.351 strain.

WHO says there was an “urgent need” for a coordinated approach to variant surveillance and more evaluation to help decipher the potential impact they might have on vaccine effectiveness.

Meanwhile, WHO says it has continued to see a decline in COVID-19 cases globally, with a 17 per cent drop compared with last week.

The WHO Director-General, Dr Tedros Ghebreyesus, in a speech posted on its website on Friday, stated that the number of deaths had also reduced.

Ghebreyesus, speaking at a news conference at WHO headquarters in Geneva, said this is the fourth week of declining cases.

According to him, there are three major threats to the UN-led international equitable vaccine initiative, COVAX, that requires urgent attention amidst news of decline in cases and deaths of COVID-19.

Ghebreyesus, however, drew attention to a 27-billion-dollar financing gap in the ACT Accelerator, which supported the development and equitable distribution of coronavirus tests, treatments and vaccines globally.

Secondly, noting some bilateral deals, he called on all States “to respect COVAX contracts and not compete with them.

And third, he underscored the need for “an urgent scale-up in manufacturing to increase the volume of vaccines” with “innovative partnerships” to include tech transfer, licensing and “other mechanisms to address production bottlenecks”.

Twelve people died of complications related to the coronavirus (COVID-19) disease in Nigeria, the country’s health agency has said.

According to the Nigeria Centre for Disease Control (NCDC) 571 new cases of COVID-19 were also recorded, bringing the total number of infections in the country to 153, 187.

The country’s daily COVID-19 infection rate has dropped below 1,000 for the seventh consecutive days.

It also recorded 12 COVID-19 related deaths, raising the total fatality in the country to 1,874.

The agency noted that the new infections were reported in 20 states and the Federal Capital Territory.

The NCDC said that 643 infected people recovered, adding that total recuperated and discharge stands at 129,943 now.

The health agency stated that the discharged include 214 community recoveries in Lagos State, 61 in FCT and 11 in Benue.

It said the number of active cases, had continue to dropped drastically.

The country recorded a slight reduction in the number of infections, recoveries and deaths last week.
From Feb. 14 to Feb. 20, 5,849 new cases were reported in the country, the lowest in seven weeks. 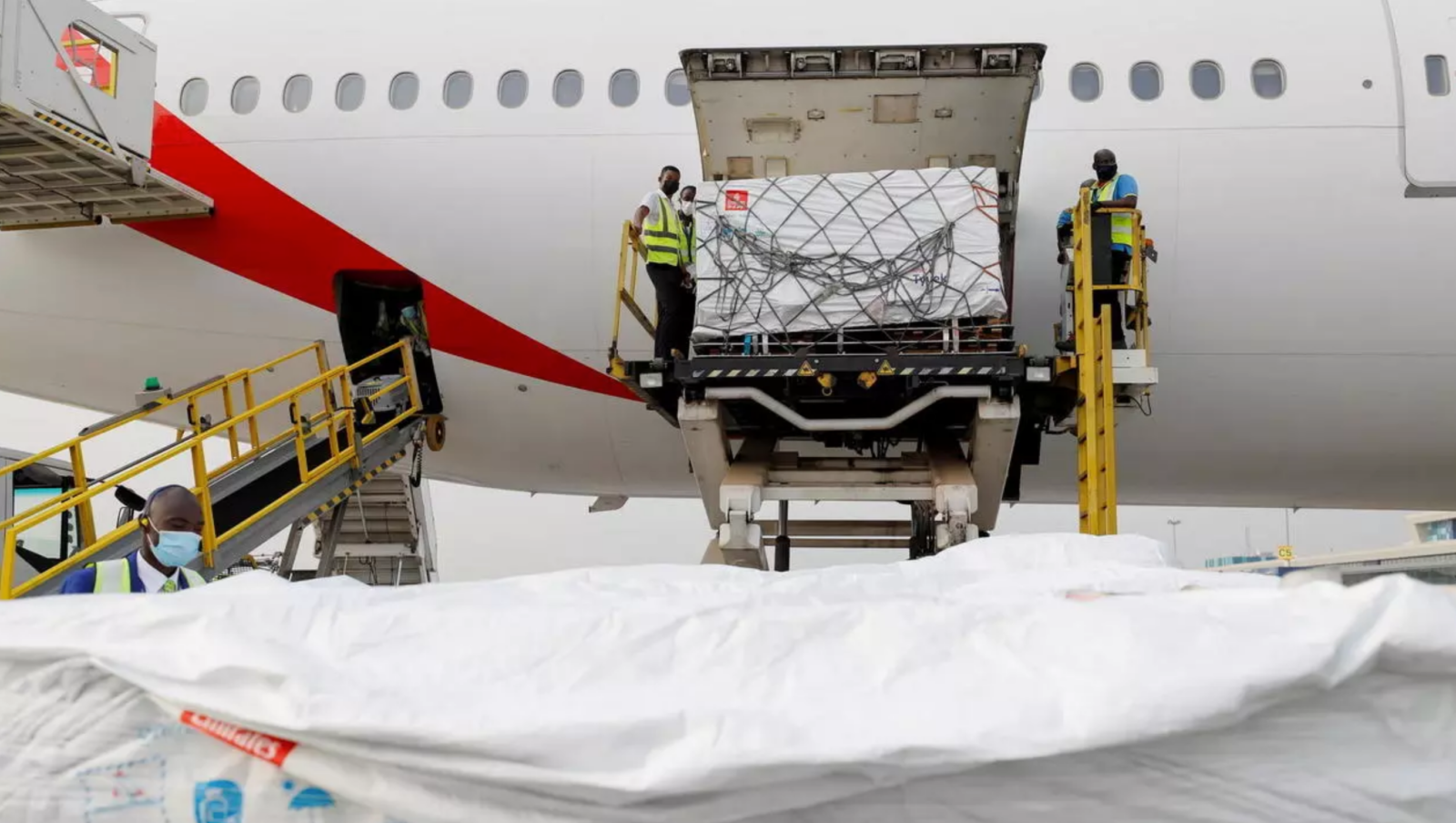 The West African nation of Ghana on Wednesday became the first country to receive COVID-19 vaccines from the humanitarian vaccine distribution mechanism Covax.

“This is a momentous occasion, as the arrival of the COVID-19 vaccines into Ghana is critical in bringing the pandemic to an end,’’ World Health Organisation (WHO) Ghana representative Francis Kasolo and UNICEF Ghana representative Anne-Claire Dufay said in a joint statement.

The 600,000 Covax-sponsored vaccines are part of an initial tranche of deliveries of the AstraZeneca vaccine coming from the Serum Institute of India, according to the statement.

The Covax initiative aims to deliver almost 2 billion doses of COVID-19 vaccines in 2021.

“The shipments also represent the beginning of what should be the largest vaccine procurement and supply operation in history,’’ Kasolo and Dufay said.

“As health workers and other front-line staff are vaccinated, we will be able to gradually see a return to normalcy,’’ the two representatives added.

Health workers, people older than 60 years, people with underlying health conditions as well as essential workers and teachers will be first to be immunised, according to Nkrumah.

So far, less than two dozen African countries have started COVID-19 vaccination, according to the WHO.

Africa has recorded more than 3.8 million COVID-19 cases, 3.5 per cent of all reported cases worldwide, and more than 102,000 deaths, according to the Africa Centres for Disease Control. 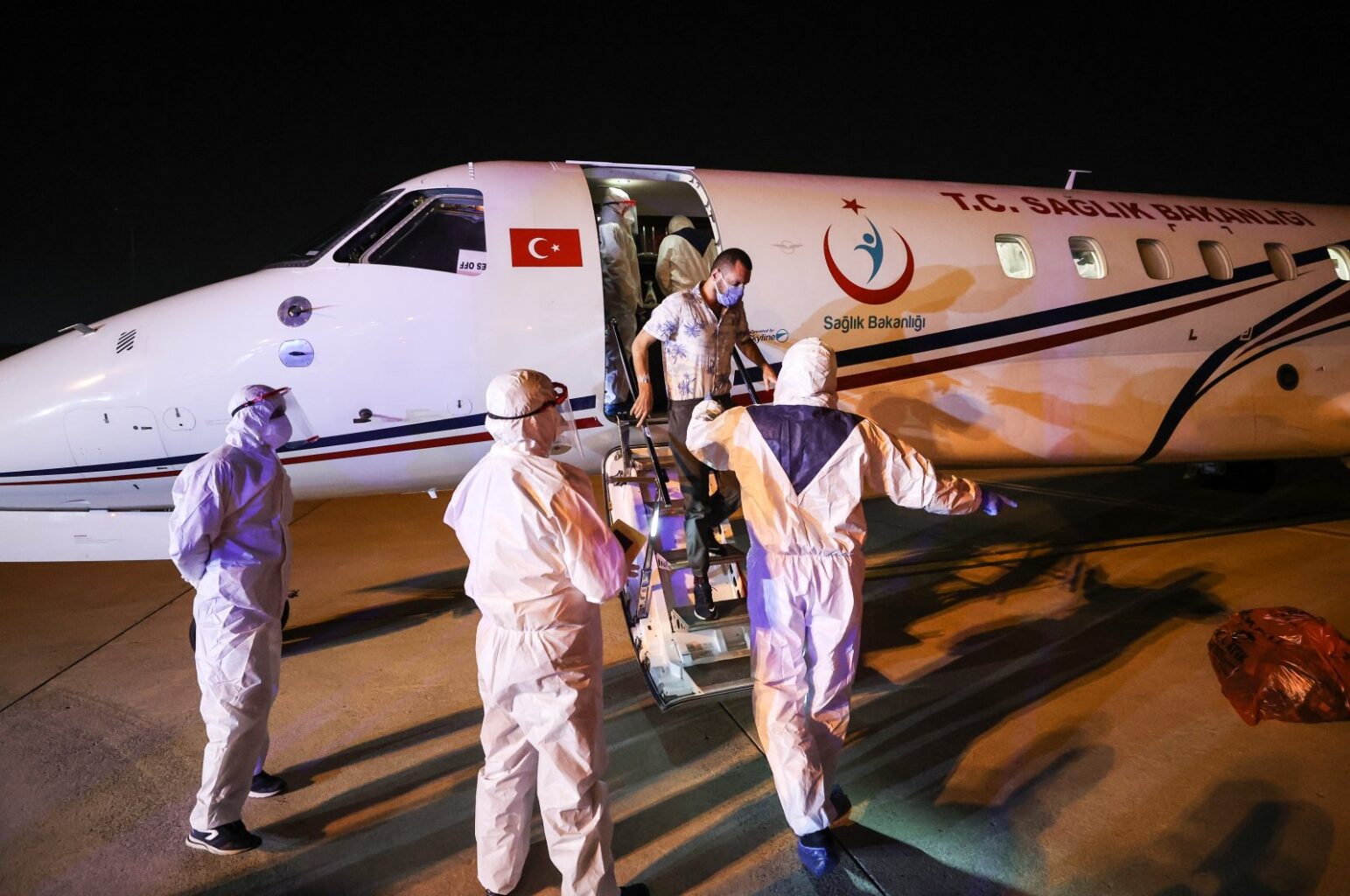 The Turkish government has airlifted three of its citizen from Tanzania after they were infected with the coronavirus (COVID-19) disease in the East African country.

Turkey’s Ministry of Health said the citizens, identified as Halil A., Eyyüp K. and Oğuzhan A., were taken to Istanbul by an air ambulance where they will be treated.

The had applied to Turkish authorities for treatment in Turkey earlier.

Turkey, which offers free-of-charge air ambulance services for its citizens, occasionally brings COVID-19 patients from pandemic hot spots around the world for treatment.

Tanzania had stopped giving updates on the virus since April after President John Magufuli had declared the country coronavirus-free.

The director-general of the World Health Organization (WHO), Tedros Adhanom Ghebreyesus; the United States; and the local Catholic church had previously called on Tanzania to acknowledge COVID-19 for the good of its citizens, neighbouring countries, and the world, especially after a number of countries reported that visitors arriving from Tanzania tested positive for the virus.

However, on Sunday, Magufuli acknowledge there is “a coronavirus problem” in his country after the virus had claimed the lives of several high-profile figures, including vice president of the semi-autonomous Zanzibar region and the president’s chief secretary.