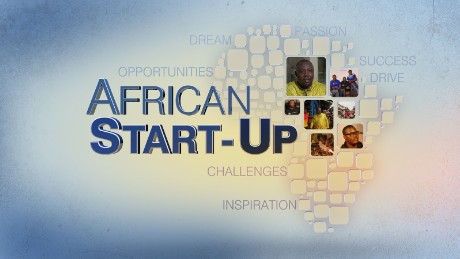 Funding for African start-ups has declined for the first time after nearly 10 years of growth as investors in the new tech scene continue to be repelled by the Covid-19 pandemic, according to venture capital firm Partech Partners.

In a report, Partech Partners said start-up companies on the continent raised $1.43 billion in 2020, down by 29% from a year ago, which was just two deals above $50 million closed last year compared with 10 in 2019.

“There were hardly any mega-rounds within the African tech ecosystem,” the Paris-based firm wrote in its annual survey of start-ups that have most of their operations in, or get the bulk of their revenue from Africa. “This sharp drop clearly marks the impact of the pandemic and subsequent lockdowns.”

According to a Pricewaterhouse Coopers/CB Insights report, Africa is now showing a reverse trend to much of the rest of the world, including the US where start-up investing reached a record high of $130 billion in 2020, up 14% from the previous year.

Data from Pitchbook pointed out that in Europe and Israel, overall funding increased although in fewer companies.

Africa’s technology sector, though relatively small, represents one of the highest-growth areas for venture capital investment. Investment into the region increased 74% in 2019, and more than doubled in 2018.

Companies that have performed very well include those whose aim is to fill gaps such as payment platforms that make up for a lack of access to conventional banking and businesses that take advantage of increasing internet access as more people acquire smartphones.

According to Partech Africa General Partner Tidjane Deme, he said: “2021 may see a return of big deals. “Many start-ups who deferred fundraising to wait for better market conditions will be fundraised. So, the deal-flow at growth stage should be quite larger than the usual.”

Still, the region attracted some funding, despite investors’ unwillingness to chip in on larger rounds. The total number of deals rose 44% in 2020 from a year ago, according to the report. Four African countries, including South Africa and Kenya, received 80% of the funds, while Nigeria got the bulk of the equity, and Egypt signed the most deals. 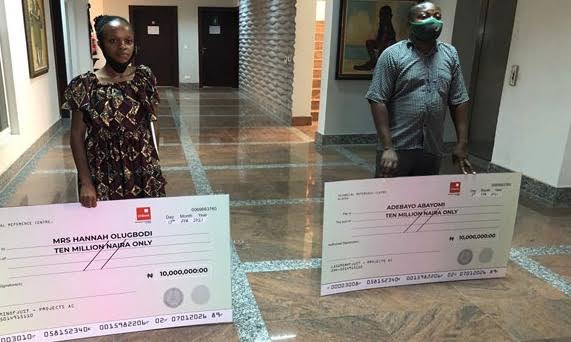 In Nigeria where youths trooped out to the streets more than four months ago to protest against Police brutality, benefits of the calls for change are gradually being noticed.

Thousands of Nigerian youths across the country embarked on peaceful protests in October 2020 against a rogue (now disbanded) section of the Police called SARS. The protests were one of the most historic moments in Nigeria’s modern history.

On Friday, February 19th, two victims of Police brutality were awarded the sum of N10m each by the Lagos Judicial Panel for the troubles they faced in the hands of the security agents.

Adebiyi Abayomi – son of one of the victims, Kudirat, received the cheque from the panel on behalf of his mother who was killed by the Police.

The second person was Hannah Olugbodi who also got compensated for the misconduct Police meted out on her. Olugbodi was hit by a stray bullet as she walked to the market. She had narrated her ordeals to the panel in November and explained how she was left to walk with crutches.

Abayomi, in his own narration on the 2nd of December 2020 said the DPO told him that he has given out money for embalming at the mortuary and that the next day, they should come back for further hearing.

He said on getting to the station the next day, he visited the IDH mortuary, and met his mother’s body on the floor, swollen and unkempt.

Olugbodi was given N10m to cover for her medical expenses while Abayomi was awarded N10m for the education of Kudirat’s children.

The debt spiked up in the full year of 2020 due to the covid-19 impact on the economy, which resulted in increased borrowing from the Bretton Wood Institutions, as well as the African Development Fund. 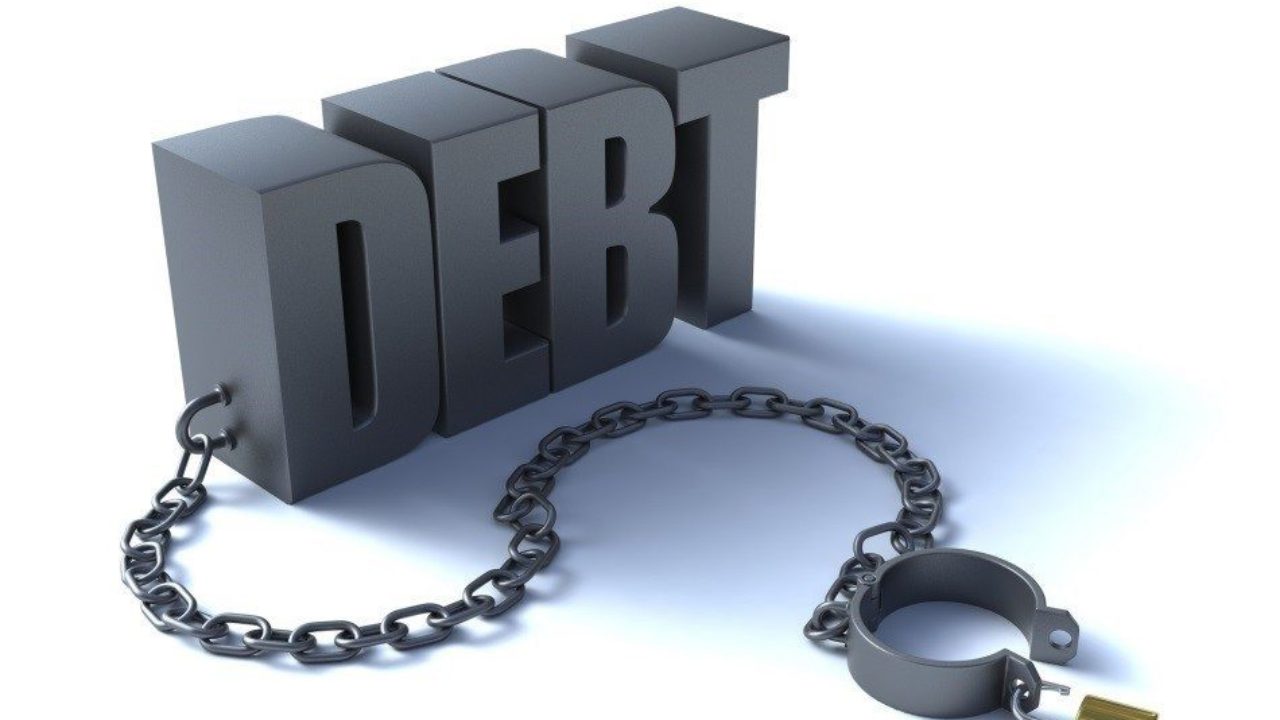 The Bank of Ghana has released a data which showed that the country’s multilateral debt component owed to Bretton Woods Institutions of the external debt stood at $7.9 billion as at the end of September 2020.

This is an addition of $117.31 million (1.5%), compared to the level of $7.81 billion recorded at the end of the second quarter of 2020. The debt spiked up in the full year of 2020 due to the covid-19 impact on the economy, which resulted in increased borrowing from the World Bank and the International Monetary Fund, as well as the African Development Fund.

According to data from the Bank of Ghana, the multilateral debt accounted for 32.7% of the total debt stock at the end of the third quarter of 2020.

Debts owed the International Capital Market however stood at $10. 2 billion, representing the highest percentage share of 42.1% of the total external debt stock as of September 2020.

On the other hand, commercial debts at the end of September 2020 totaled $2.2 billion, and constituted 9.4 percent of the total external debt stock.

Other concessional debts totaled $1.62 billion at end of the third quarter and constituted 6.7% of the external debt stock. 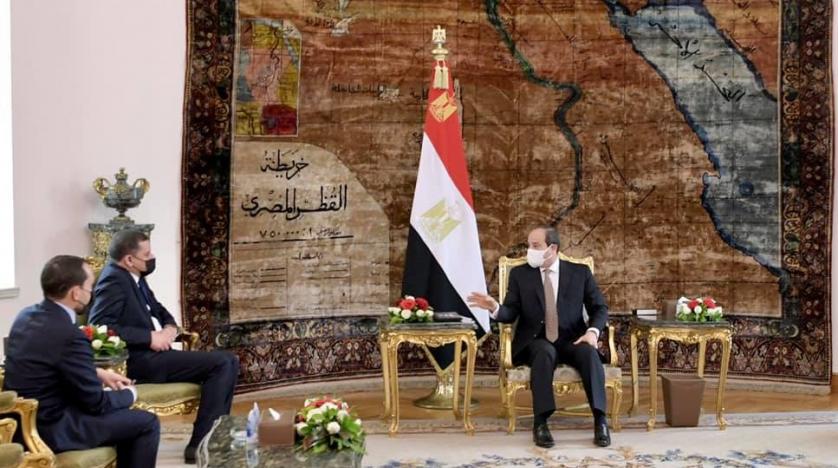 Libya’s Prime Minister-designate Mohammed Dbeibeh has chosen Cairo as the destination of his second visit abroad amid reports that his first took him to Turkey.

In Cairo, he met with President Abdul Fattah al-Sisi in a meeting attended by Prime Minister Mustapha Madbouli and intelligence chief Abbas Kamel.

Dbeibeh expressed his appreciation to Egypt’s sincere and effective efforts on all levels in resolving the Libyan crisis, leading to rapprochement between the warring parties.

Sisi commended the Libyans for electing a new interim government and presidential council, saying it is the first step towards establishing a new phase in their country where national interests are prioritized above all else.

Egypt pledges to continue to support the Libyan people in their efforts to restore state authority, peace and stability.

Talks between Sisi and Dbeibeh focused on Libyan efforts to lead the transitional phase and cooperation between Libya and Egypt. Both sides agreed to hold further talks, especially over restoring services and security, as well as boosting economic cooperation.

Meanwhile, local media said Dbeibeh paid a secret visit to Turkey on February 10, soon after he was appointed to office, where he met with President Recep Tayyip Erdogan.

Meanwhile, the new presidential council convened for the first time in Tripoli on Wednesday. Talks focused on government formation efforts and the parliamentary elections, set for December 24.

Head of the council, Mohammed al-Menfi, later met with his deputies. A statement after their meeting said the council urges Dbeibeh to complete the government formation within the set deadline and in line with the agreements reached at the Geneva talks last year.

The United Nations mission in Libya strongly condemned the attack, calling on authorities “to ensure an independent, impartial and prompt investigation into this heinous attack on civilians” and calling for perpetrators to be brought to justice.