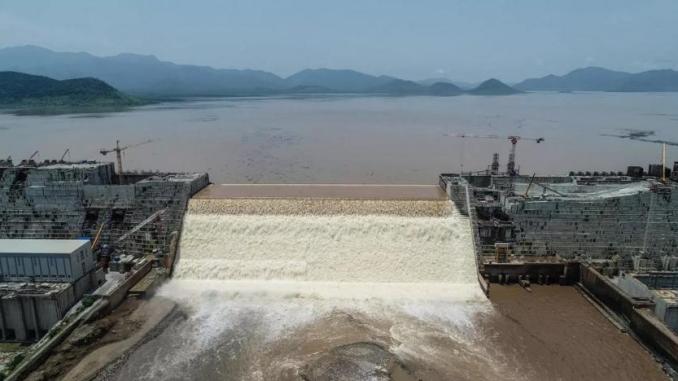 The African Union has announced that the latest round of talks between Sudan, Egypt and Ethiopia regarding the Grand Ethiopian Renaissance Dam (GERD) have yet again failed.

Naledi Pandor, the international relations and cooperation minister of South Africa, who also is the current chair of the African Union, expressed regret over the deadlock the talks have reached.

Pandor said the outcome of the latest round of talks will be referred to South African President Cyril Ramaphosa, who currently chairs the African Union, for necessary measures.

“We cannot continue with this vicious cycle of circular talks indefinitely given the direct threat posed by the GERD to Sudan’s Roseires Dam, the storage capacity of which is less than 10 percent of that of the GERD, if it is filled and operated without agreement or daily exchange of data,” Abbas was quoted as saying.

A strong protest was filed by Sudan to both Ethiopia and the African Union, sponsor of the GERD talks, over the letter sent by the Ethiopian irrigation minister to the African Union, Sudan and Egypt on January 8 in which he announced Ethiopia’s intention to continue filling the GERD on July 2 whether or not an agreement was reached.

Earlier in the day, a meeting of ministers of foreign affairs and irrigation of of all three countries was convened and chaired by South Africa, to discuss their differences on GERD in order to reach a decisive agreement regarding the rules of filling and operation of the dam.

With the African Union mediating, Sudan, Egypt and Ethiopia have been negotiating over legal and technical issues which relate to the filling and operation of the GERD.

The negotiators from Sudan believe that the GERD talks should not be limited to the level of irrigation ministers, but that the African Union and the leaders of the three countries should be actively involved to provide political will and to bring their positions closer.

Ethiopia is expecting to produce over 6,000 megawatts of electricity from the project, while Sudan and Egypt are concerned that the dam might affect their water resources. Both countries are downstream Nile Basin countries that rely on the river for its freshwater. 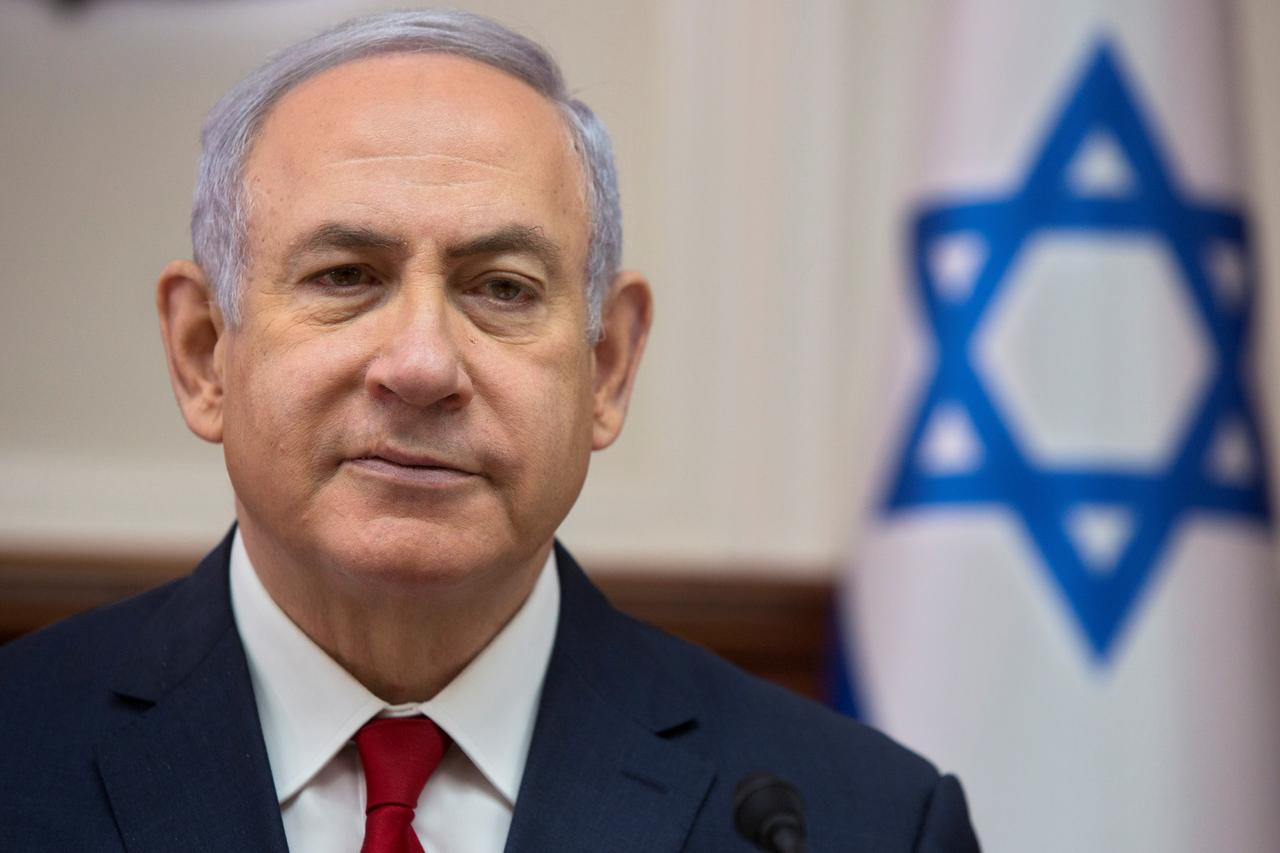 Israeli Government on Sunday approved a deal which seeks to upgrade ties with Morocco.

Morocco is the fourth Arab country to do so after United Arab Emirates (UAE), Bahrain and Sudan.

Though the Israeli cabinet has approved the deal, which is a parting foreign policy push by the former Donald Trump administration, the agreement will now go to Israel’s parliament for ratification.

Palestinians have censured the accords, seeing a betrayal of a long-standing demand that Israel first meets their demand for statehood.

Israel’s economy ministry announced on Sunday that the countries have reached an agreement to promote trade and economic collaboration in fields including regulation and innovation.

The ministry said both sides were interested in signing the deal in about two weeks.

Israel and the UAE agreed to normalise relations in August.

Plans for the new government has raised fears that powerful figures who stand to lose influence could attempt to sabotage the transition process. 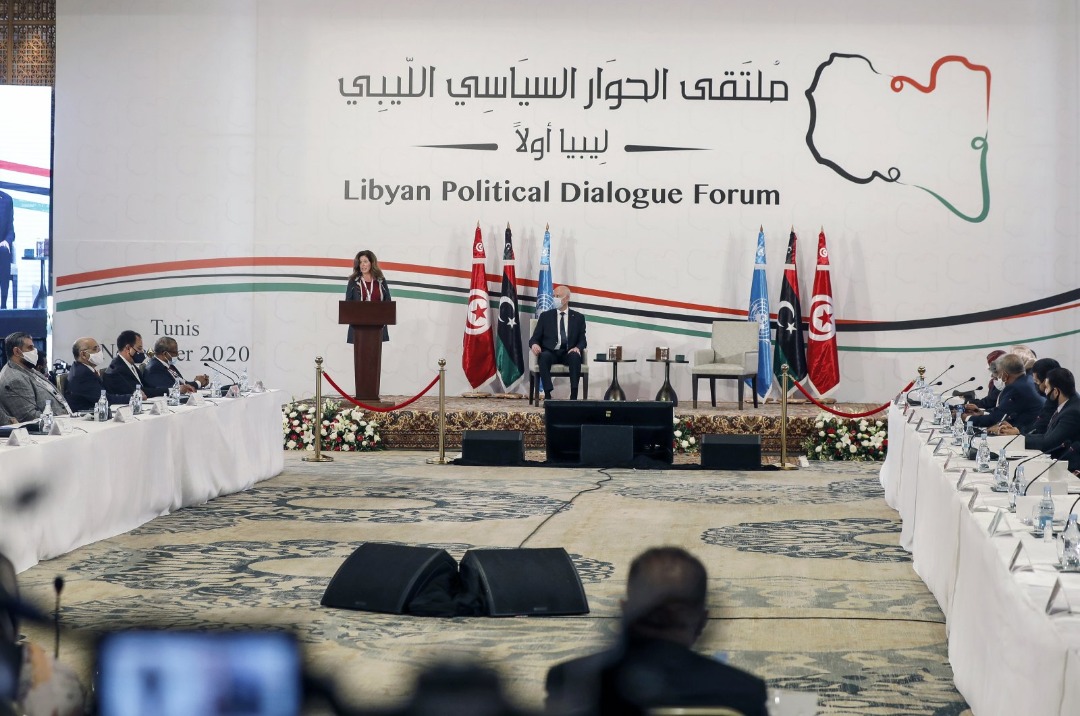 The United Nations Support Mission in Libya (UNSMIL) says nominations for leadership of a new unified transitional government must be made in a week, and voting on candidates would take place in early February.

Plans for the new unified transitional government has raised fears that powerful figures who stand to lose influence could attempt to sabotage the process.

Back in November, the UN gathered 75 Libyan participants in a political dialogue in Tunis with the purpose of laying out a road map to national elections which they set for late December.

After weeks of arguing, the dialogu members finally agreed this week, on rules for selecting a new presidential council consisting of three members, as well as a prime minister to oversee the run-up to the election.

On Thursday, the UN said from Feb 1-5, dialogue members would vote on candidates for the new government’s leadership positions in Switzerland.

At separate UN-backed talks in Geneva, Libyan envoys on Tuesday voted to pass a mechanism to choose an interim executive that will govern until the December elections, according to the UN, calling it a “significant step forward.”

In a report submitted to the UN Security Council (UNSC) earlier this week, UN Secretary-General Antonio Guterres welcomed the “tangible progress” recorded in recent months to tackle the Libyan crisis which has lasted for almost a decade, and reiterated that all foreign troops and mercenaries must evacuate the country by the end of the week.

Structured around the Libyan Political Dialogue Forum, the talks in Geneva have been taking place amid a heavy international push to reach a peaceful settlement to the civil war in Libya. All previous diplomatic initiatives have failed.

In the Libyan conflict, forces loyal to the UN-recognized Government of National Accord (GNA) based in the capital Tripoli, and those of its rival, Gen. Khalifa Haftar, had formally agreed on a cease-fire in October last year. After Haftar launched a failed offensive on Tripoli in April 2019, the two sides have returned to negotiations. Since then, the capital city has been kept under the control of the GNA.

The United Arab Emirates (UAE), Egypt and Russia have been the main supporters of Haftar. Media report that Russia has primarily supported Haftar’s forces by deploying mercenaries of the Wagner Group to the North African country in their fight to seize power from the GNA in Tripoli. 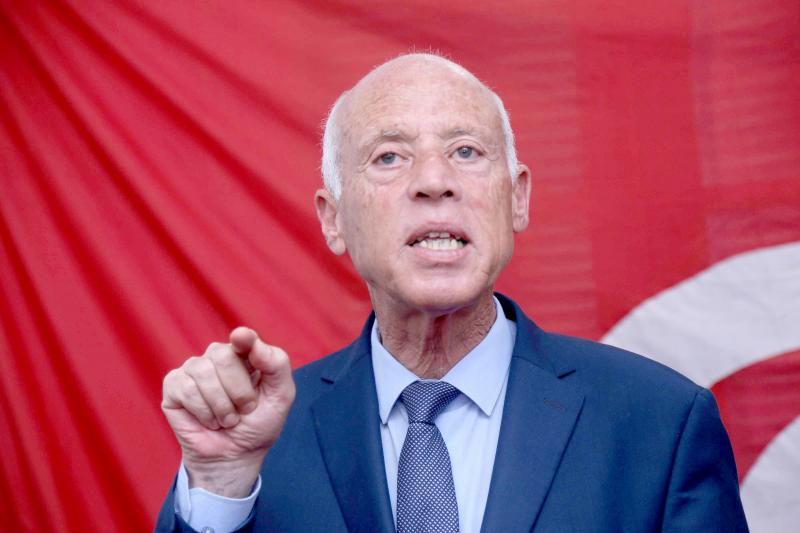 Tunisian presidency on Thursday denied that President Kaïs Saied made the anti-Jewish comments he is being accused of during a visit to the popular district of M’nihla-Ettadhamon this week.

During the visit, President Saied had confronted the instigators of acts of looting and vandalism perpetrated during the unrest that has shaken the country for several days.

His words, difficult to decipher, and inaudible in the recording, have been interpreted as an accusation addressed to Jews described as “thieves”, according to the perception made, in particular, by the Conference of European Rabbis (CER).

Literal translation in Arabic of “those who steal…” and “Jewish thieves” are similar and confusing for those who do not understand the intricacies of the Arabic language.

The CER published a press release in which it expressed “its deep concern following the serious and public remarks made by Tunisian President Kaïs Saïed, accusing Jews of being responsible for the instability in the country”.

He urged the Tunisian President to withdraw these remarks, which “constitute an immediate threat to the physical and moral integrity of Tunisian Jewish citizens”.

Chief Rabbi Pinchas Goldschmidt, president of the CER, said on Wednesday, “we consider that the Tunisian government is the guarantor of the security of Tunisian Jews. Such allegations threaten the integrity of one of the oldest Jewish communities in the world”.

According to the legend, Jews have been living in Djerba, an island in southern Tunisia, for more than 2,500 years following the destruction of the Temple of Solomon by the Babylonians. Their number is currently estimated at around 1,500 people.

The reaction of the Tunisian authorities was instantaneous. In a statement issued Wednesday evening, the Tunisian presidency protested against “the spread of false information”, calling it “lies” and “slander”.

It maintained that in his statement to M’nihla, “the president did not mention any religion and there were no reasonable grounds for dealing with the issue of religions in the context of (social) protests, especially since the head of state considers this issue does not arise in Tunisia”.

Faced with the outcry caused by the “misinterpretation” of his remarks, President Saied had a telephone conversation on Wednesday with the Chief Rabbi of Tunisia, Haim Bittan, to reassure him that “Tunisians of the Jewish faith are citizens benefiting from the care and protection of the Tunisian state, just as much as other citizens”.

The communiqué also recalled the “firm position (of the Tunisian president) regarding the Palestinian cause, making a distinction between religious freedom and the right of the Palestinian people to their land. A right considered as a constant principle that no one can question”.