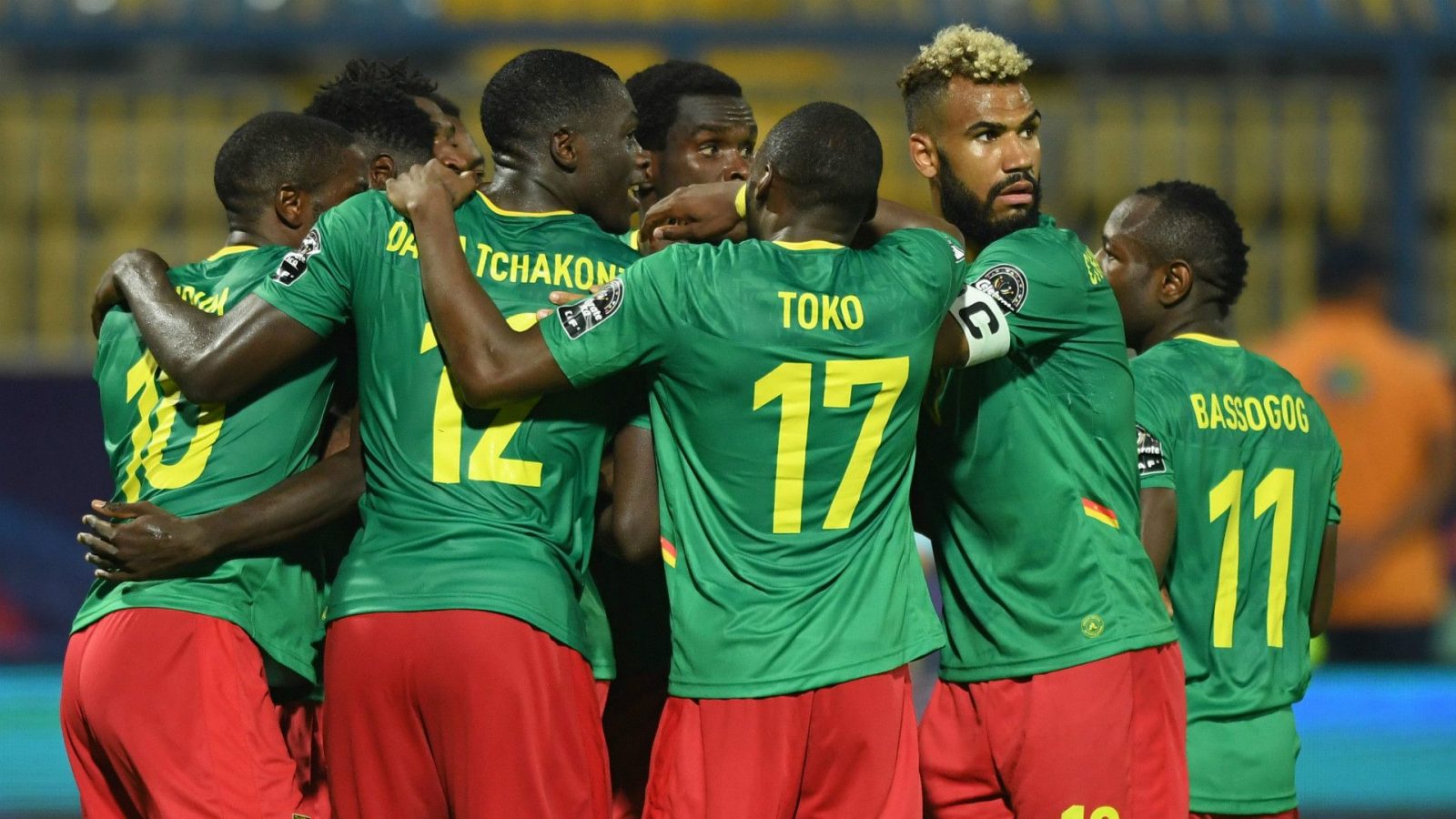 Head coach of the Indomitable Lions of Cameroon, Antonio Conceicao da Silva Oliveira has invited 32 players for his preliminary squad ahead of the national teams friendly against Japan next month. The invited players include 10 new players who could make their national team debuts.

For the three new strikers, Conceicao brought in Franck Evina of Hannover, Tabekou Serge of Mouscron and Ayuk Eric of Osmanlispor.

This also sees the return of 2017 Africa Cup of Nations (AFCON) captain Nicolas Nkoulou. The defender who was instrumental to Cameroon’s 2017 AFCON victory took a break from international football shortly after the competition.

The squad which is made up of entirely foreign-based players also sees the return of Dynamo Moscow’s Clinton Njie who has not been a part of the national team set up for over a year.

The 2017 AFCON Best Player, Christian Bassogog is the only noticeable absentee from the 32-man list.

The friendly against Japan will be played on October 9 in the Netherlands, with the training set to run from October 5 to 13. 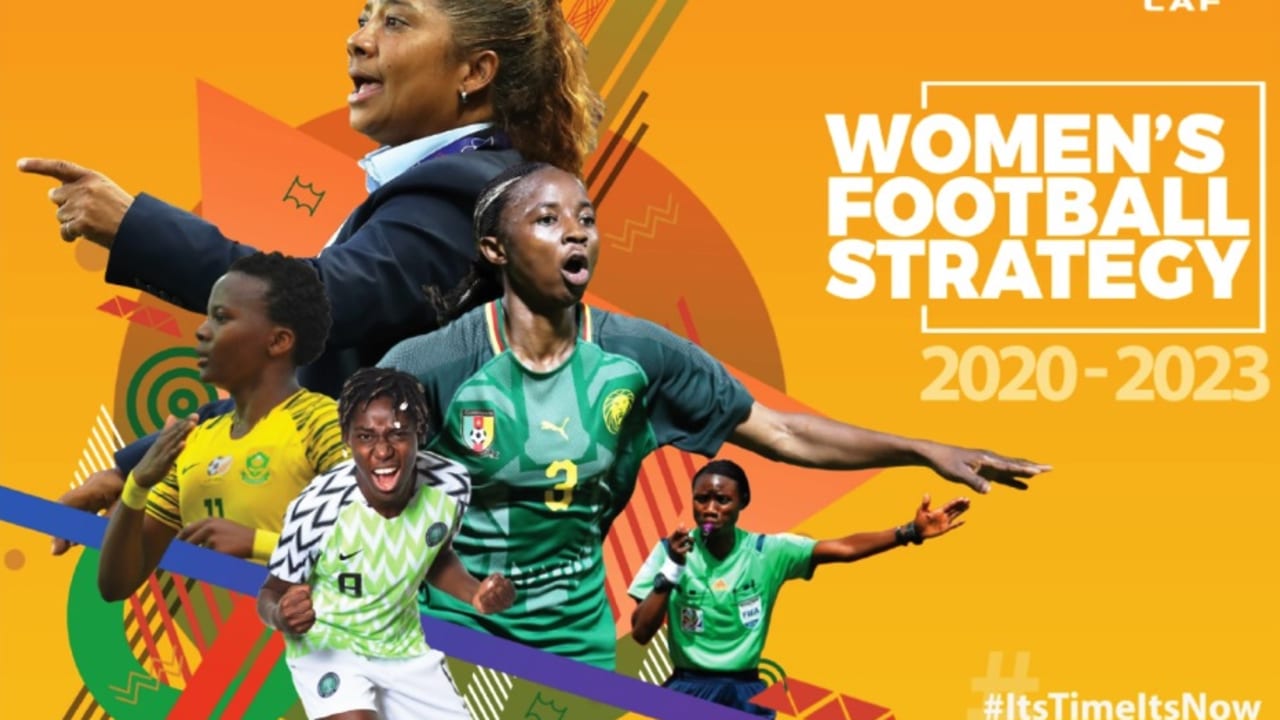 The Confederation of African Football (CAF) recently held a historic meeting via video-conference with a selected group of players and coaches to present the Women’s Football Strategy and the organizational aspects of the Women’s Champions League.

The meeting chaired by the Deputy Secretary General, Anthony Baffoe, was to share the strategic plan for the development of women’s football with some of the key actors of the game, and exchange ideas towards growing the women’s game across the continent.

Among the highlights of the interactive session were presentations by Director of Competitions, Samson Adamu and Head of Women’s Football Development, Safia Abdel Dayem on road map for the inaugural Women’s Champions League and Women’s Football Strategy.

The meeting brought together some of the biggest names in African women’s football including coaches Clementine Toure (Cote d’Ivoire), Desiree Ellis (South Africa) and Lamia Boumehdi (Morocco U-17).

Baffoe reassured the participants of CAF’s commitment towards the women’s game and the importance of synergistic work to develop it.
“We organized this meeting to listen to the players and coaches,” Baffoe said.

“Now, the recently appointed Executive Directors of each of the Zonal Unions, have been tasked with ensuring that the Women’s Football Strategy launched in July is in line with the objectives of the region, and for Member Associations to follow accordingly”.

Speaking afterwards, Oshoala expressed her delight over the conference. “I am very happy to be part of this initiative and I hope that everything will fall into place. I’m pretty sure at the end of the day we’ll all be happy. After a year, we can say that we have moved forward and in two years we can take it to a higher level.”

“I feel honoured and privileged to be part of this meeting,” said Janine Van Wyk. “Individually, it is difficult to do much, but together we can do a lot. We have so much talent in our countries and we have to expose them to the world.”

The plan, for an initial four-year period, 2020-2023, is tailor-made taking into consideration peculiarities of the continent with a commitment to develop women’s football at levels to new heights.

With the slogan #ItsTimeItsNow, the strategy represents the new identity for the women’s game and will serve as a reference for the promotion and development of the sport across the continent, and as a guide to success for Member Associations and other stakeholders. 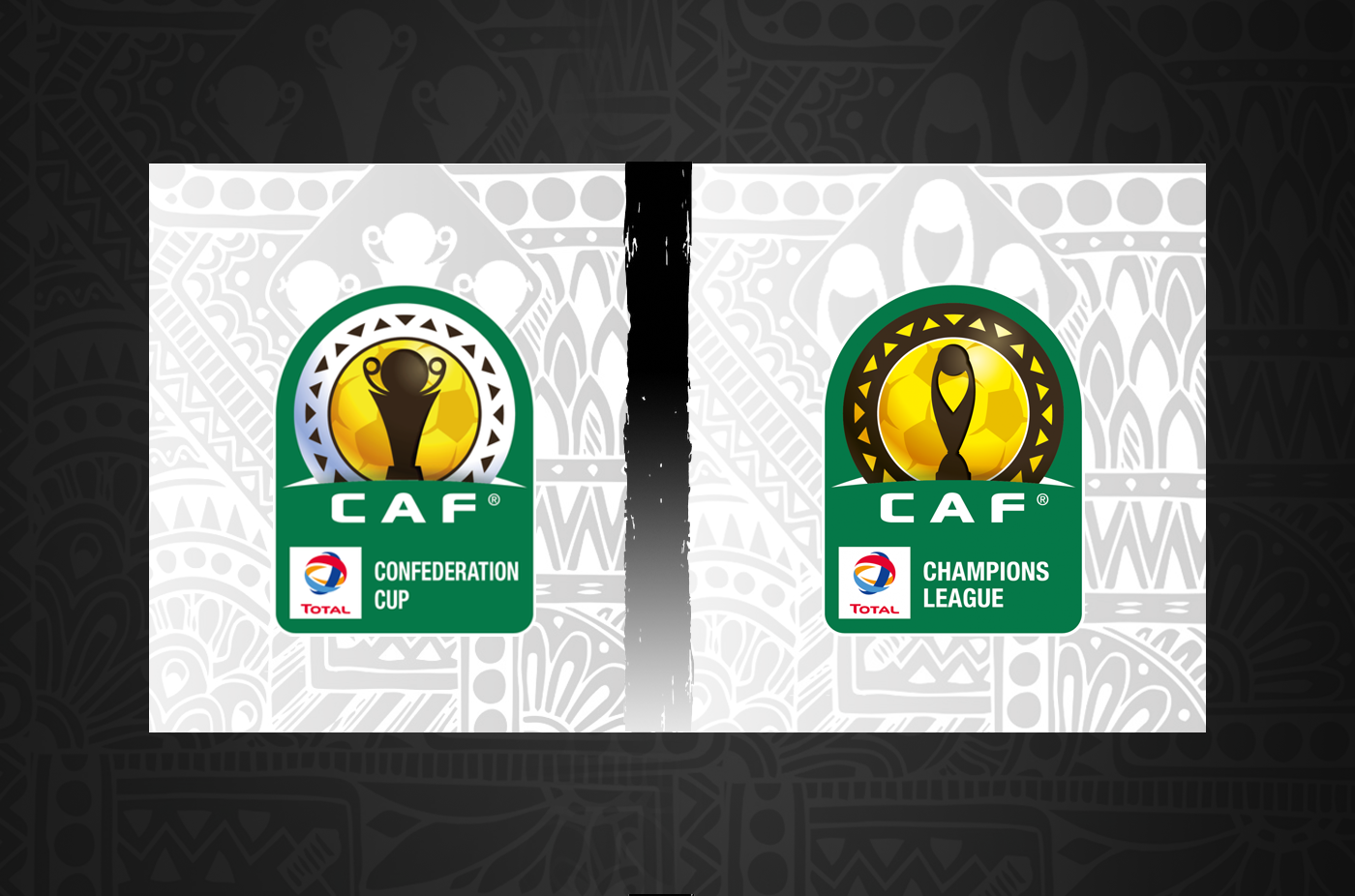 The Confederation of African Football (CAF) has released the final schedule for all continental competitions set to take place during the 2020/2021 season.

The current season of CAF Interclubs competitions is yet to be concluded as the semi-finals and finals of the Champions League and Confederation Cup are set to take place at the end of September.

However, CAF has decided to release the calendar for next season while explaining to its Member Associations (MAs) which of their teams will be allowed to participate in the upcoming editions.

CAF revealed their new guidelines in a statement on their official website, which were as follows:

Also in the statement, CAF unveiled the ranking of the top Member Associations, based on how their representatives performed in club competitions over the past five years.

Morocco top the ranking with 180 points followed by Egypt (147) and Tunisia (140). The remainder of the 12-country list included DR Congo, Algeria, South Africa, Zambia, Nigeria, Guinea, Angola, Sudan and Lybia respectively. These countries will be allowed to present two representatives in both CAF club competitions. However, all participating teams must respect the Club Licensing procedure and cooperate with their respective Associations, as non-licensed clubs will be refused participation.

Registration for the club tournaments open on October 21st and will run through November 19th. The first leg of the preliminary rounds will kick-off on November 20th until the 22nd, with the second leg taking place a week later.

The group stages will commence in mid-February and the draw for knockout phase will take place at the end of April, with matches set to begin in mid-May. The final of the Confederations Cup will take place on 10 July 2021 while the Champions League will hold a week later on 17 July 2021.

In July 2019 CAF president Ahmad Ahmad announced via his Twitter account the final for the tournaments will now be settled in one game, which will be held in neutral venues.

In the full calendar, CAF included the dates for many other tournaments such as the 2021 African Nations Championships (CHAN) and the U-20 AFCON. The CHAN will be held in Cameroon from 16 January to 7 February 2021 while the U-20 tournament to be hosted by Mauritania, will take place from 16 February-4 March 2021. 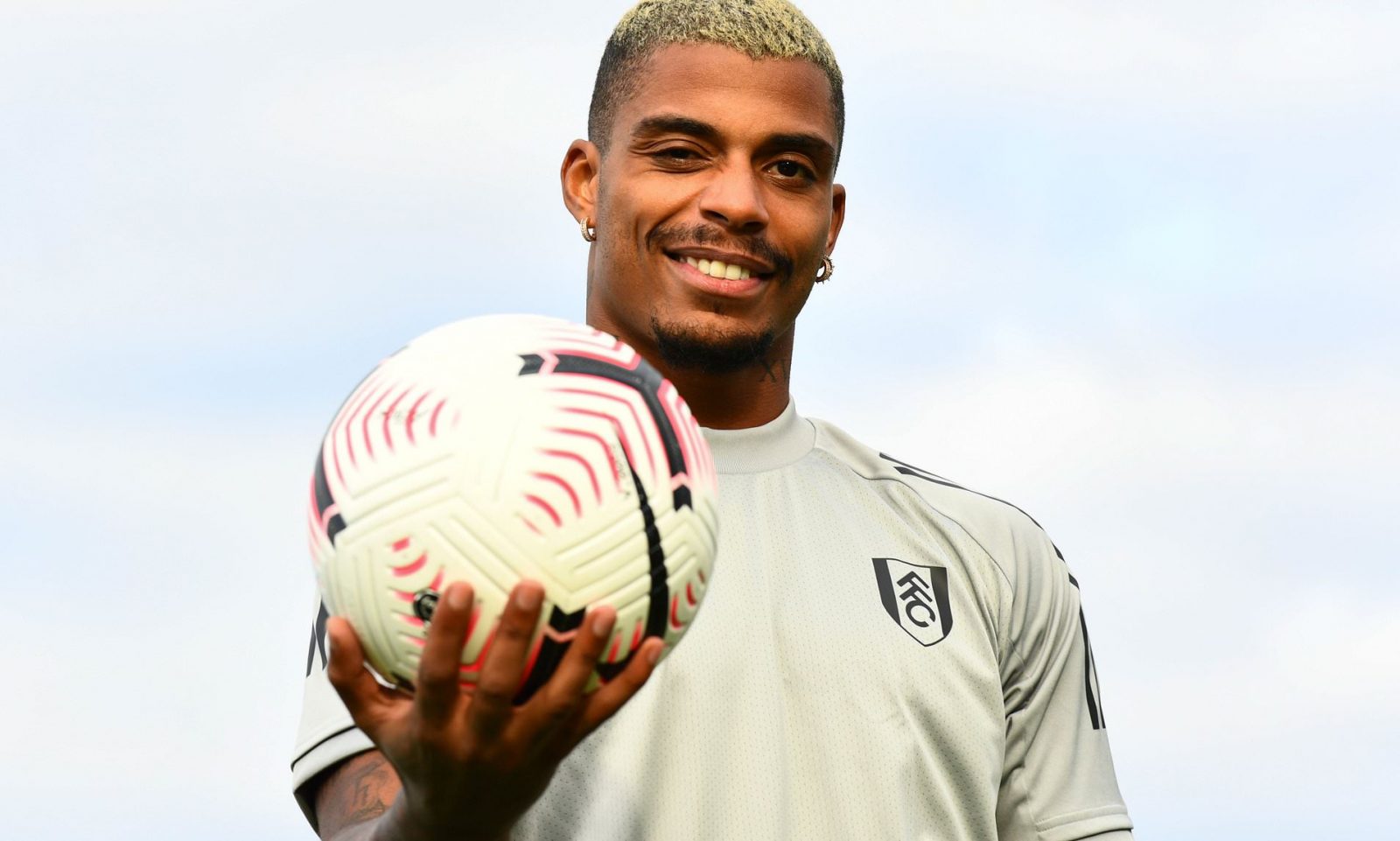 Gabon international, Mario Lemina has made a move back to the English Premier League after making a loan move to newly promoted Fulham.

The central midfielder spent last season on loan in Turkey with Galatasaray from English Premier League side Southampton.

Fulham got promoted back to the Premier League from the English Championship and will prepare for the new 2020/2021 season with new signing, Lemina.

Fulham put out a statement on their website announcing the loan signing of the Gabonese international.

“The club is delighted to announce the loan signing of Mario Lemina. The 26-year-old arrives on a season-long deal from Southampton, with an option to make the move permanent,” a club statement read.

Lemina is also looking ahead to working with his new teammates and manager Scot Parker.

“Now I’m with Fulham, I’m really happy and I’m glad to be part of the project,” the Libreville-born player said.

“I spoke with the manager and he’s got some good ideas about the team, about the project, about everything he wants to do this season, and I’m happy to be a part of it.”

Tony Khan, Fulham vice-chairman had nice things to about the club’s new acquisition.

“Mario Lemina has top-flight experience throughout Europe, including in the Premier League, and I’m very excited to announce his arrival at Fulham Football Club on loan,” Khan said.

“I chose to pursue Mario this summer because in our recruitment conferences he’s been highly rated by our scouting team and our Head Coach Scott Parker, and our statistical research team.

“I believe he will thrive for our Club under Scott’s coaching and leadership. Come on Fulham.”

Lemina has played for Olympique Marseille, and Juventus in the past. For Gabon, he has played 18 international matches, scoring three goals.

If You Gossip Lucy To Me, I Would Expose You- Reality TV Star Warns Gossipers