The death toll from the armed militias’ attack in El Geneina, capital city of Sudan’s West Darfur State, jumped to 83, and the injured to 160, at a time when the Sudanese authorities decided to send security reinforcements to the area.

In the meantime, Sudan’s Security and Defense Council on Sunday decided to send security reinforcements to West Darfur to protect the citizens and vital utilities there, according to a statement by Sudan’s Sovereign Council.

The council, chaired by the Chairman of the Sovereign Council Abdel Fattah Al-Burhan, held an emergency meeting on Sunday to discuss the violent events which took place in El Genuine on Saturday.

The council, which brings in its membership representatives from the sovereign council, the cabinet and the security bodies, also decided to form a higher committee to investigate into El Geneina events, determine the root-causes of the problem and submit recommendations about it, bring the outlaws to trial and hold the perpetrators accountable.

On Saturday, local authorities in West Darfur imposed a curfew in the wake of the incidents.

West Darfur State’s Governor Mohamed Abdalla Al Doma has designated the regular forces to end the violence started by a fight between two citizens in El Geneina, where one of them was killed. 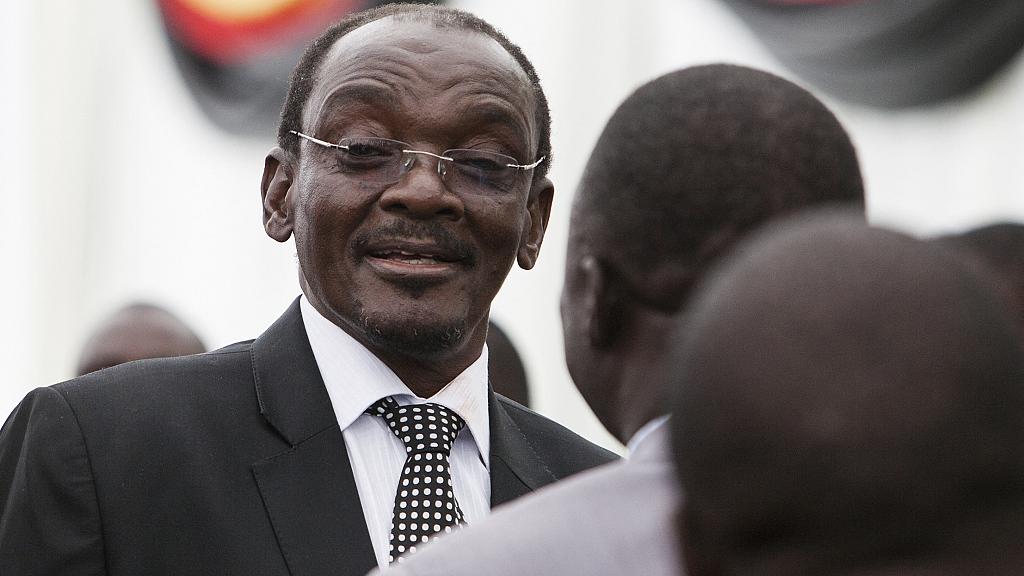 Zimbabwe’s Vice President Kembo Mohadi resigned Monday in the face of sexual misconduct allegations, apologising for tasks he “failed to do well”.

The 71-year-old leader said in a letter posted on the information ministry’s Twitter account “I am stepping down as the Vice President of the Republic of Zimbabwe…with immediate effect”.

He said he chose to leave office “not as a matter of cowardice” but out of respect for the office of the presidency “so that it is not compromised or caricatured by actions that are linked to my challenges as an individual”.

“I have been going through a soul-searching pilgrimage and realised that I need the space to deal with my problems outside the governance chair,” he added.

He restated his denial of any wrongdoing, explaining that he was “a victim of information distortion, voice cloning, and sponsored spooking and political sabotage”. He has decided to take legal recourse.

Mohadi, a retired soldier and veteran of the country’s liberation war, was one of Zimbabwe’s two vice presidents. 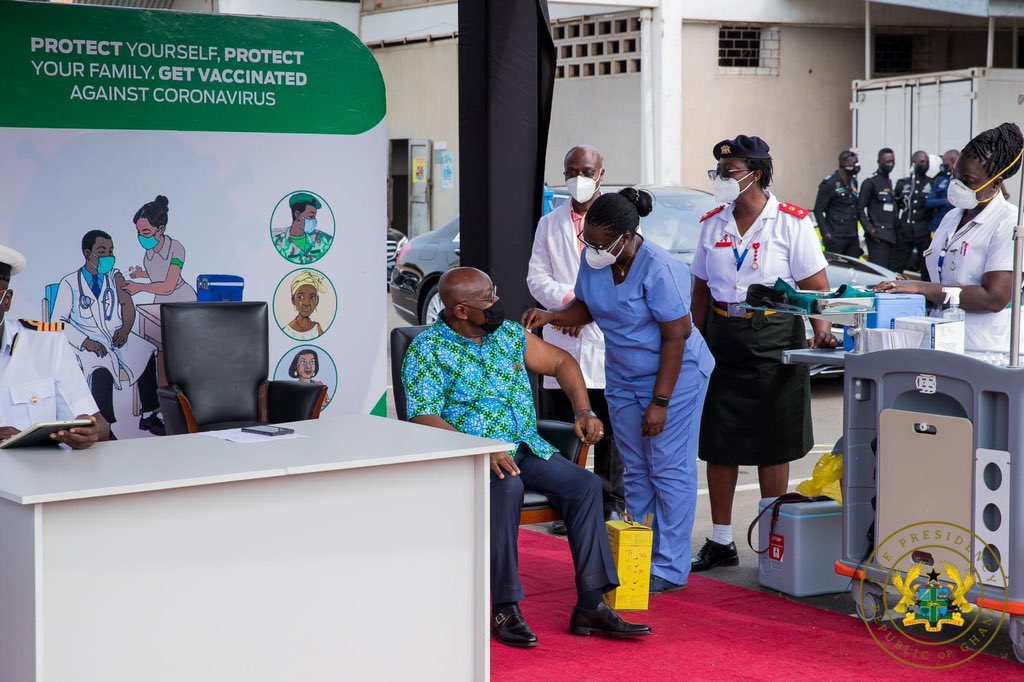 Ghana’s President, Nana Akufo-Addo and his wife, Rebecca were the first Ghanaians to take the COVID-19 vaccine on Monday in a public programme.

Akufo-Addo received the Oxford-AstraZeneca vaccine produced as a patent by the Serum Institute of India (SII) and said it is safe and will help protect against health COVID-19.

Ghana and Ivory Coast are two of some African countries who have received their first doses of the COVISHIELD vaccine from the Serum Institute of India.

The Nigerian government is also expected to receive four million doses of the COVISHIELD vaccines on Tuesday.

Akufo-Addo’s action is expected to fuel other African leaders’ resolve to lead the way in taking the COVID-19 vaccine.

Ghana is one of West Africa’s most affected countries.

Africa has recorded close to four million cases of COVID-19 with more than 101,000 deaths recorded. 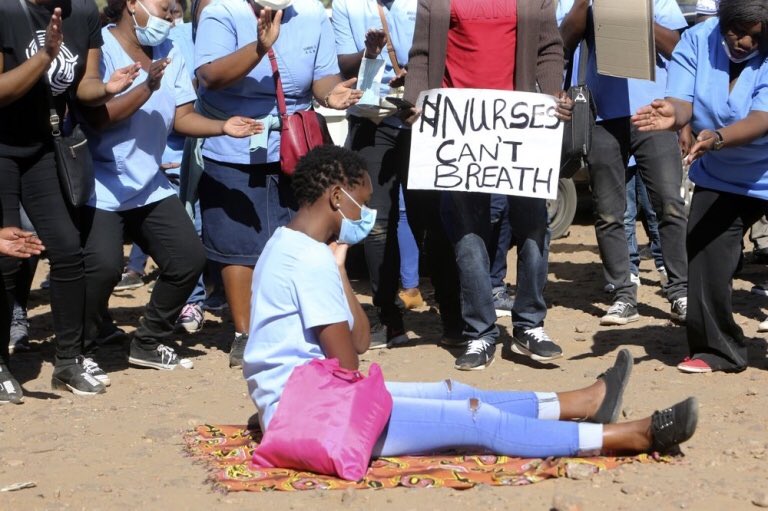 Over 100 Nurses under the employ of Harare City Council have resigned in protest over the non-payment of their Covid-19 risk allowances.

The government had pledged a US$75 per month Covid-19 stipend to all frontline health workers in government health centres and local councils.

The Harare City Council nurses complain they are yet to receive the promised allowances and have therefore resorted to mass resignation.

Harare North MP Markham Allan Norman confirmed the resignations. He has questioned Deputy Health Minister John Mangwiro and requested explanations as to why the government was not paying the nurses as approved.

The non-payment of the allowances also affects nurses employed by the Bulawayo City Council. However, there’s no confirmation if they joined in mass resignation.

Markham said “I would like to clarify on Covid allowances. The Covid allowance for nurses in urban areas as well is not being received. Harare and Bulawayo have both not received at the local government level.”

However, in response Mangwiro insisted government was paying the US$75 directly into the accounts of each frontline worker entitled to the allowance.

Harare City Council runs to main referral hospitals, Wilkins and Beatrice Infectious, which have been repurposed as Covid-19 treatment centre for patients in the capital city requiring admission.