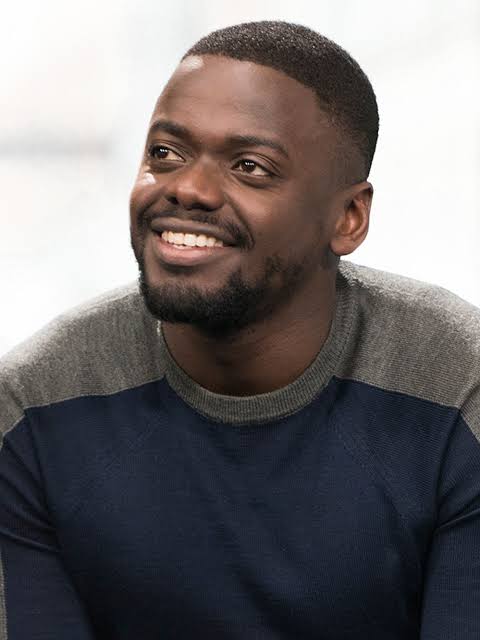 Daniel Kaluuya, born in London on February 24, 1989 to Ugandan parents, is a British actor and writer. His mother, Damalie, raised him on a council estate in Kentish Town, along with an older sister. His father lived in Uganda, and rarely got the opportunity to visit due to UK visa regulations.

Kaluuya attended St Aloysius College, London. He lives in West London. Kaluuya is an ardent supporter of Arsenal F.C. He refers to Arsenal’s North London rivals, Tottenham Hotspur F.C., as the “team who must not be named” and the “Voldemort of the League”.

Kaluuya began his career as a teenager in improvisational theatre. He subsequently appeared in the first two seasons of the British television series Skins, in which he co-wrote some of the episodes.

Playing the lead role in Sucker Punch at the Royal Court Theatre in London, Kaluuya won rave reviews for his performance and he won both the Evening Standard Award and Critics’ Circle Theatre Award for Outstanding Newcomer.

Kaluuya appeared as Agent Colin Tucker in the 2011 film Johnny English Reborn and portrayed Black Death in the 2013 film Kick-Ass 2. In 2015, he had a supporting role in Denis Villeneuve’s film Sicario.

In 2017 Kaluuya starred in Get Out which garnered him an Academy Award Nomination for Best Actor. In 2018, he portrayed W’Kabi in Ryan Coogler’s blockbuster film Black Panther and appeared in Steve McQueen’s heist film Widows.

He played one of the lead characters in “Fifteen Million Merits”, an episode of the anthology series Black Mirror, for which he received positive reviews from critics.

The episode originally premiered on Channel 4 in 2011, but gained popularity after it was subsequently released on Netflix in the United States. It was his performance in Black Mirror that attracted the attention of Jordan Peele, who gave him a role in Get Out, which proved to be his breakthrough role.

Kaluuya’s performance in Get Out, which was released in cinemas on 24 February 2017 (his 28th birthday), attracted significant critical acclaim. Steven Gaydos of Variety wrote that “the terror, tension, humor, and fury of this powerfully effective cinematic balancing act all rests on the shoulders of this brilliant young African actor who communicates universal anxieties without ever losing the essential home address of his beleaguered African-American hero.

He also received nominations for a BAFTA Award, a Golden Globe, a SAG Award, and a Critics’ Choice Award for his role. In 2018 he received the BAFTA Rising Star Award.

In December 2016, Kaluuya was cast in the Marvel Cinematic Universe film Black Panther. The film was released on 16 February 2018, in the United States. Kaluuya also had a large role in the heist film Widows (2018), and starred in the road trip/crime movie Queen & Slim (2019), opposite Jodie Turner-Smith.

In October 2019, Kaluuya announced preparations to produce a feature film based on the children’s television show Barney & Friends through his newly formed production company 59%, alongside Mattel Films. Kaluuya expects the Barney film to “surprise audiences and subvert expectations.”