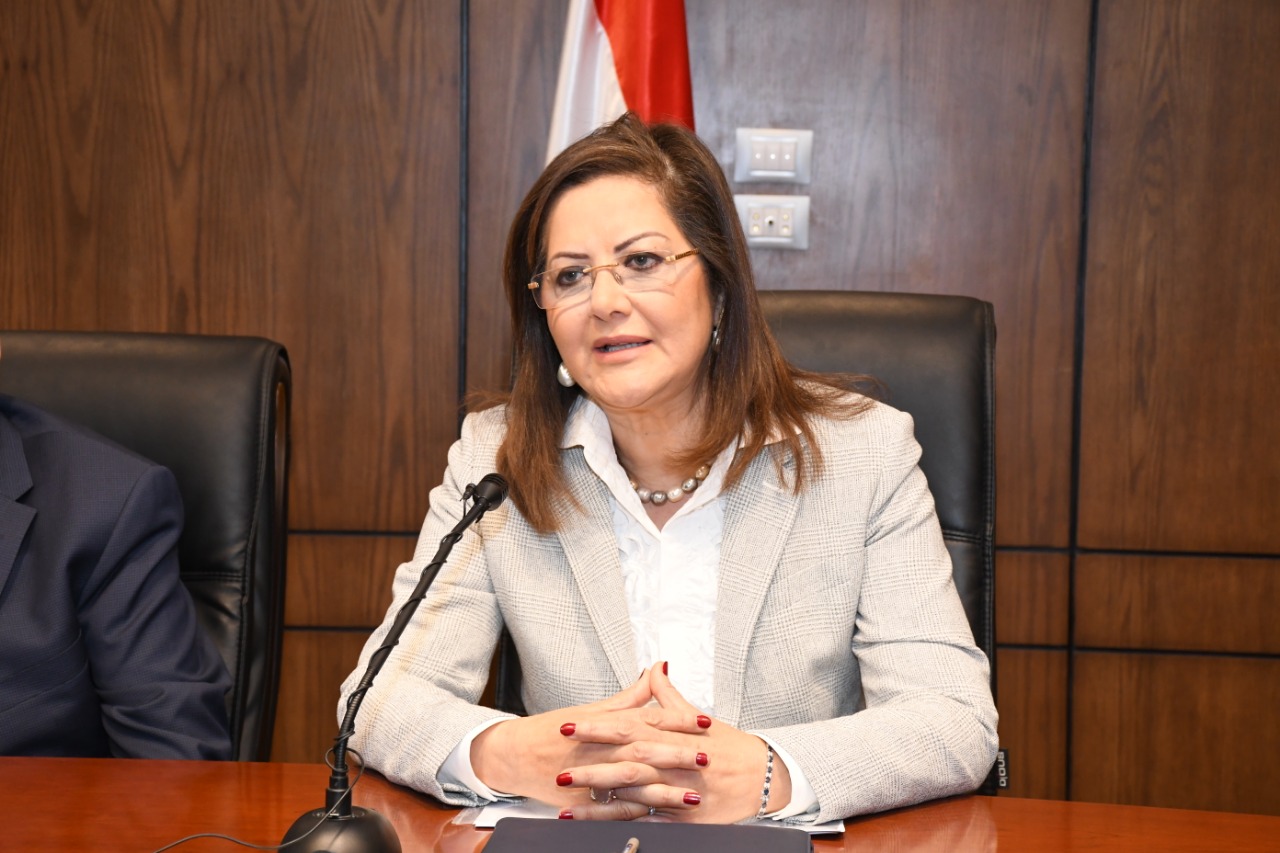 Public investments directed to Upper Egypt Sohag Governorate in the fiscal year (FY) 2020/21 has recorded to EGP 5.8bn, marking 48.7% increase from a year earlier, according to the country’s Minister of Planning and Economic Development Hala El-Said.

El-Said further explained that “public investments in Sohag governorate are distributed across different sectors, with EGP 2.5bn for housing and utilities sector, EGP 1.56bn for local development, EGP 444m for health care, EGP 240m for higher education, and EGP 640.4m for other sectors.”

This comes within the “Citizen Investment Plan” released by the ministry for Sohag governorate in which El-Said says that the plan aims to provide detailed information on investments directed by the state to each governorate.

El-Said further explained that the four main objectives of the Citizen Investment Plan are the localisation of sustainable development goals, enhancing transparency, activating community participation, and spreading the culture of programmes and performance.

Also, 69 projects are included in the local development sector, including roads, bridges, and environmental improvement projects.

Regarding pre-university education, the plan aims to establish and reequip school classrooms and educational departments in Sohag for EGP 8.6m.

As for higher education, the plan aims to develop university education services and scientific research with EGP 240m, establishing an emergency hospital for heart, chest, brain and nerve surgeries at Sohag University for EGP 20m. 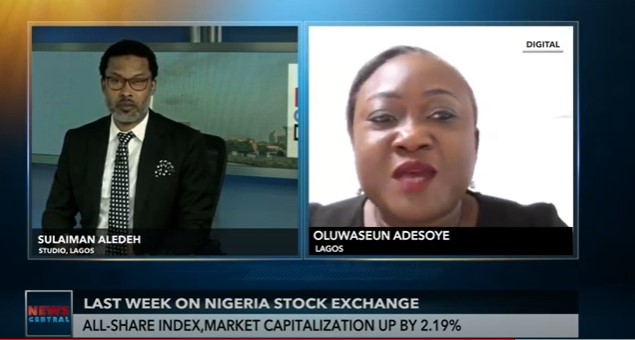 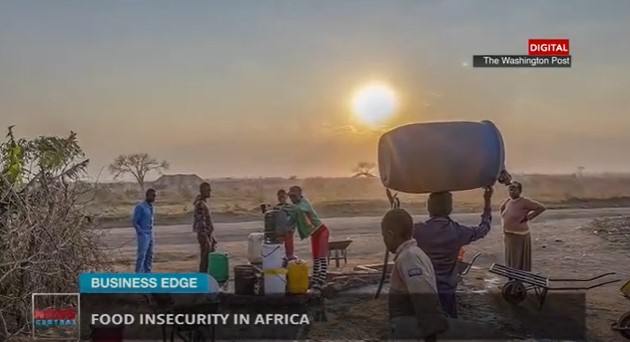 The latest data by the United Nations Economic Commission for Africa (UNECA) shows that on average over 10 percent of export revenues and primary income in the region is spent on debt repayments. 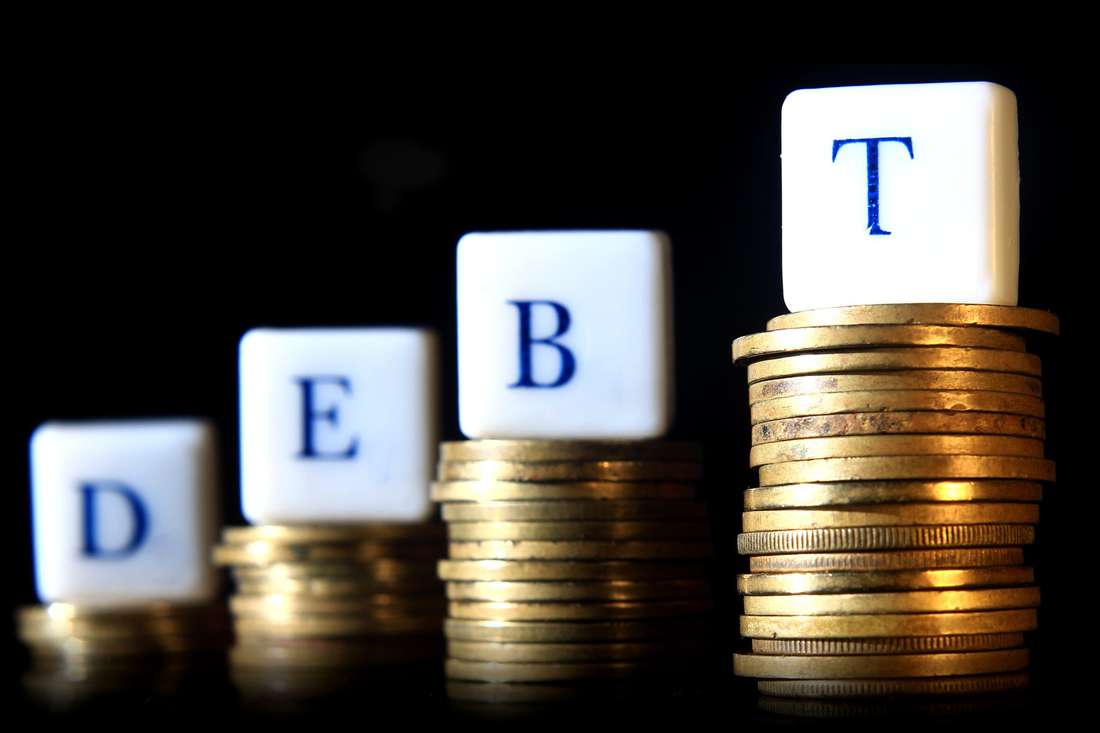 The Covid-19 pandemic has amplified this vulnerability with debt-to-GDP ratios exceeding 50 percent.

The latest data by the United Nations Economic Commission for Africa (UNECA) shows that, on average, over 10 per cent of export revenues and primary income in the region is spent on debt repayments.

The debt levels have been brought into sharp focus by recent developments in the region.

In Uganda, the Parliament approved a plan to borrow $600 million from the International Monetary Fund (IMF) to plug funding gaps in the current budget, made worse by the effects of the coronavirus pandemic.

In June, Uganda’s debt stood at an estimated $13.11 billion, according to a Central Bank report, with 20 per cent of all public revenues allocated to debt repayments, up to 100 per cent in a decade. The country’s public debt is projected to jump to 46 per cent of GDP in the current financial year to June, up from 43 per cent in the previous year.

In Kenya, the National Treasury announced that the country’s debt had risen to Ksh7 trillion, or 69.2 per cent of the country’s GDP.

“This, together with committed undisbursed debt of Ksh1.35 trillion translates to a stock of public debt of Ksh8.41 trillion against a ceiling of Sh9 trillion, which implies limited space for additional borrowing,” according to a Treasury paper released to chart the country’s post-Covid-19 strategy.

In June, Tanzania said it had begun negotiations with creditors over debt relief to manage the fallout from the coronavirus pandemic, including delaying debt repayments meant to start in May to December 2020.

The International Monetary Fund eventually approved $14.3 million worth debt relief, while the government pursued up to $272m more in relief from the European Union.

Reduced economic activity has reduced government takings across the region, but Zambia’s recent default on its debt obligations has raised the prospect of more governments struggling to pay while incurring penalties and higher interest rates on subsequent borrowings.

Zambia became the first African country to default on its debts following the pandemic after it missed a $42.5 million coupon payment on its bonds in October and another this month. The country is now negotiating with the IMF for a $1.3 billion loan.

Rwanda’s Finance Minister, Uzziel Ndagijimana told parliament last week that the country’s debt outlook has shifted from low to moderate due to lower projected economic performance after GDP dropped by 12 per cent in the second quarter to Rwf2.1 billion, down from Rwf2.3 billion in second quarter of 2019.

Kenya is servicing a $2.1 billion Eurobond, while Rwanda is expected to make its repayment of its $400 million Eurobond in 2023. East Africa’s economic managers face difficult choices between meeting debt obligations, and rekindling economies throttled by a year of reduced activity partly because the region had maintained relatively high levels of debt before the pandemic, leaving little room to borrow.

The region entered the Covid-19 crisis with significantly less debt legroom space in 2019 than it had at the onset of the global financial crisis a decade ago, with most countries at high risk of debt distress or already in distress.

Debt relief negotiations remain inconclusive with many donor and lender countries preoccupied with containing the pandemic and stimulating their own economies. While countries have so far benefited from debt service relief from multilateral creditors including the IMF and the G-20 debt initiative, private and institutional creditors remain reluctant to postpone payments.

The IMF has yet to grant a request by developing countries to access its reserves under Special Drawing Rights (SDR). The Trump administration reportedly blocked the initiative because it will also benefit unfriendly regimes in China, Iran, and Russia.

In April, the G-20 proposed the Debt Service Suspension Initiative (DSSI) which was originally made available until December but has now been extended until June 2021. Under the initiative, only approximately $5 billion in debt service relief to poor countries has been pledged, which experts say is insufficient.

In June, Chinese President Xi Jinping pledged to cancel interest-free debt owed by “relevant” African countries as part of Beijing’s move to help the African continent during the Covid-19 pandemic.

China, which is one of the largest bilateral lenders to countries in the East African region is owed some $145 billion by the continent; it is part of the G-20 proposal, but it is yet to make specific indications of what bilateral debt relief it is willing to make to its debtors in East Africa and the rest of sub-Saharan Africa.

The Covid-19 crisis has revealed the fragmented nature of Chinese lending as well as Beijing’s reluctance to fully align with global debt relief plans.

However, the Chinese Foreign ministry said the country has signed debt-relief agreements with the majority of African countries that have requested it, and are holding consultations with the remaining countries.

In early November, the Chinese Exim Bank declined a request by Uganda for a repayment delay on the loans needed to build $1.7 billion Karuma dam project.

Estimates released in March by the United Nations Economic Commission for Africa (UNECA) after a meeting with Finance Ministers show African countries have an urgent financing need of approximately $100 billion to deal with the adverse impact of the COVID-19 pandemic, of which $44 billion will go towards debt relief for all African countries.

If the crisis continues, an additional $50 billion may be needed to support growth in 2021 including continued stay on interest payments.

“Containing the pandemic permits a return to growth, but does not guarantee it. The ability of countries to finance economic recovery is highly variable. Africa, notably, does not have access to the monetary policy tools in more developed economies,” Rwandan President Paul Kagame said recently during the G-20 virtual summit hosted by Saudi Arabia, underscoring the central importance of the debt service suspension initiative.

“But this crucial programme will not be sufficient. Additional stimulus will be required in developing countries, just as it is in advanced economies,” added President Kagame, who has been actively lobbying for debt relief for African countries.

If fully implemented, the G-20’s DSSI is supposed to provide more than $12 billion in additional liquidity to the 76 least-developed countries in 2020, and an additional $14 billion in 2021, according to estimates by Africa’s high-level panel leading efforts to galvanize debt relief and mobilise resources.

According to Ms Mama Keita, the Director, UNECA Sub-regional office for Eastern Africa based in Kigali, countries need fiscal space in order to cope with the crisis, save lives and livelihoods, and continue to provide the public goods and services under their responsibilities.

“Expenses of course include debt payments requirements. Obviously, without economic growth, the risks of default are increased.” Ms Keita observed, arguing that countries must create the conditions under which they can continue to experience growth if economies are to recover and be able to meet their debt service payments.

“We hope that the related conditionalities will be flexible and advantageous enough to encourage governments to join without fear that their access to international capital markets in the future will be compromised by a tarnished reputation as debtors. The fear is indeed to be degraded by the rating agencies,” Ms Keita said.

The World Bank says that between 2009 and 2019, countries in the region increased external borrowing by nearly four times, from $19.9 billion to $73.8 billion. Kenya was the biggest borrower raising the stock of external debt from $8.5 billion to $34.2 billion, followed by Tanzania, from $7.6 billion to $19.5 billion. Uganda and Rwanda accumulated $13.9 billion and $6.2 billion in external debt over the decade, from $2.7 billion and $1.1 billion respectively.

Now countries remain stuck between a rock and hard place. According to the IMF, without additional help from the international community, many countries in sub-Saharan African may find themselves in a situation where they have to raise tax rates to pay off debt and in doing so choke off near-term growth, adding to social tensions and trapping them in a low-growth, high-debt cycle.

Many countries have undertaken to put in place enhanced governance measures to track Covid-19-related spending, including independent audits of crisis-related spending and the publication of crisis-related procurement contracts (Cameroon, Central African Republic, Chad, Kenya, São Tomé and Príncipe, South Africa, Uganda).” According to the IMF in its 2020 October Regional Economic Outlook report for sub-Saharan Africa.