News Central
Related Topics:EPL
Up Next 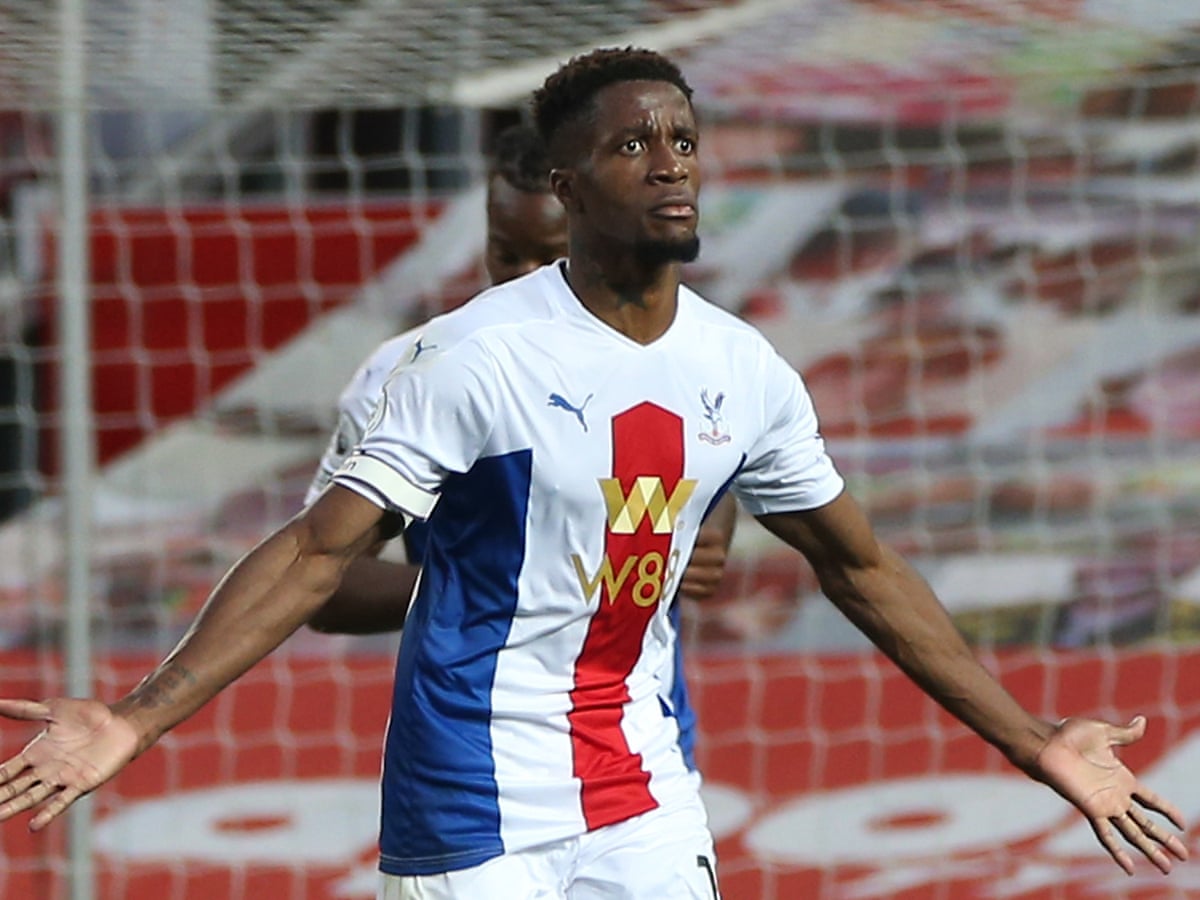 The Ivorian international, who was captain on the day for Palace found the back of the net to give his team a 2-0 lead in the 74th minute from a penalty retaken after United goalkeeper David de Gea had saved the initial attempt from Ghanaian Jordan Ayew – but was judged to have been off his line by referee VAR.

It was Ayew’s shot that had first struck Victor Lindelof’s arm, promoting referee Martin Atkinson to use the pitch-side VAR monitor before pointing to the spot.

Zaha, 27, sealed the victory for Palace against his former club in the 85th minute, having found space in the box to slot in a low shot in between two United defenders.

But United had pulled one back five minutes earlier when new Dutch singing Donny van de Beek, on as a substitute, scored on his debut for the club.

Nigeria’s Odion Ighalo, whose loan stay at United had been extended until January 2021 due to the coronavirus pandemic, also came off the bench for the Red devils as a substitute.

Crystal Palace had opened the scoring in the sixth minute with Andros Townsend meeting a low cross from another Ghana international in the Palace side – Jeffrey Schlupp.

Zaha’s brace brings his goal tally to three this season after two games, having scored in Palace’s 1-0 win over Southampton last Saturday.

“Obviously we know what they [United] can do but we wanted to impose ourselves on the game,” the Ivorian striker said after the match.

“We’ve got so much pace and attacking threat in the team, we just wanted to utilize it from the beginning.”

Zaha also reflected on the penalty retake and replacing teammate Jordan Ayew for spot kick: “To be honest, I didn’t know [what was happening] but all I thought in my head is: ‘Now, I’ve got the opportunity to take this penalty and score.’ I’m just glad I managed to do it.

“Obviously Jordan won it, and he asked me – he wanted to take it. I said: ‘No problem, go on and take it. You got the penalty, man, take it.’ He missed, so I thought: ‘Let me just make sure myself'”.

“Being captain for the side today, especially at Old Trafford, I’m buzzing we managed to the three points.”

The win for Zaha’s Crystal Palace is their second of the season in the Premier League, with their next league game at home to Everton on Saturday, 26 November. 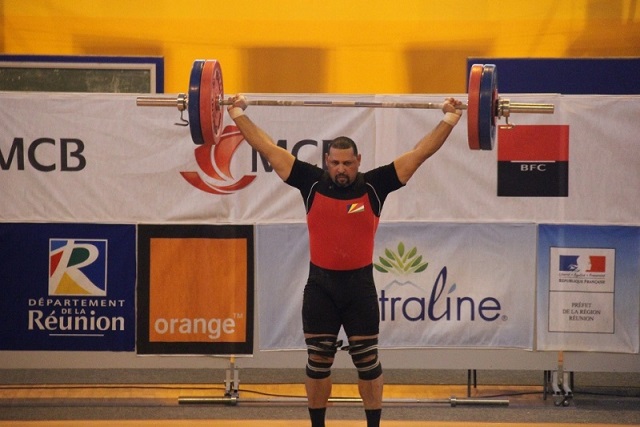 Seychelles’ most-decorated athlete in the 40-year history of the Indian Ocean Island Games (IOIG), Steven Baccus, has announced he is retiring from weightlifting.

The 42-year-old weightlifter said he is retiring from the sport that brought him fame and glory for medical reasons.

At the IOIG, Baccus won three gold medals each of the six times he participated in the Games, bringing his total medal count to 18.

After winning three golds at the 2019 Indian Ocean Island Games in Mauritius, Baccus qualified for the All Africa Games (AAG) in Morocco. He, however, could not participate in the tournament after injuring his back during training.

Baccus said when he first complained of the pain in his back, the doctors after some checkups assured him he could still compete in the Games. But three days after, the pain came back sharper and he had to drop out of the competition and return to Seychelles.

Back at home, he went for a CT scan and was informed he had two slipped discs.

“The doctor told me that I can still do weightlifting but if I do the situation will become worse. He advised me to stop entirely,” said Baccus.

“It is not easy after all this time to just stop. I would have liked to retire slowly from international competition but participate locally and have time to encourage more young people.”

Baccus, who is a trained firefighter with the Seychelles Civil Aviation Authority, started weightlifting at age 17. He participated in the 1996 Summer Olympic Games in Atlanta, competing in the men’s 83 kg event and finishing in 16th position.

He participated at the Indian Ocean Island Games for the first time in 1998 and has come out victorious in all editions of the IOIG since then. 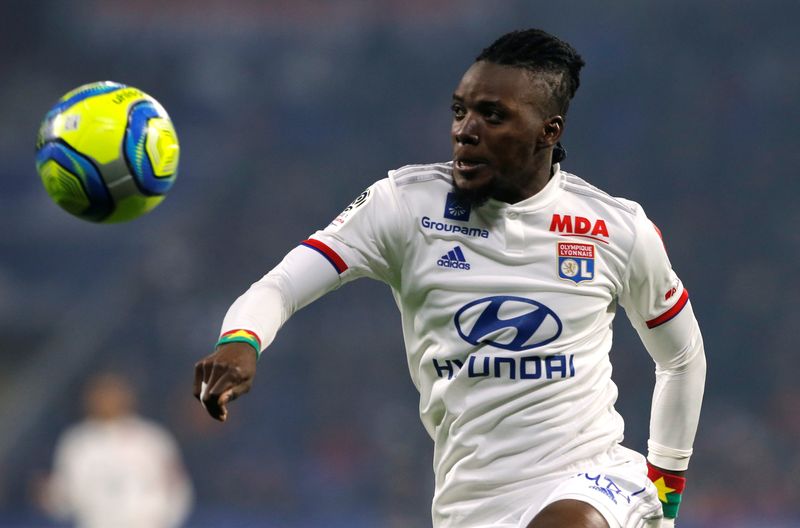 The Villians announced the 25-year-old forward signing on Saturday but did not disclose financial details of the deal. However, news outlets in England said Burkinabé was signed for about £19m.

Villa’s manager, Dean Smith, in a statement on the club’s website, said the player would add extra firepower to their attacking options.

“We’re delighted that Bertrand has chosen to come to Villa. He’s a player with immense talent who will really enhance our attacking options,” he said.

Traore made 126 appearances for Lyon and scored 33 goals after his arrival from Chelsea in 2017.

The player, who had previously gone on loan to Dutch clubs Vitesse and Ajax, expressed delight at his return to the English Premier League.

“I’m excited to be back in England,” Traore said.

“I always wanted to come back to the Premier League. I had to follow my own way as well and gain some more experience. And this is the right place for me to come back. It’s good.”

Traore’s signing follows the arrival of goalkeeper Emiliano Martinez from Arsenal and striker Ollie Watkins from Championship side Brentford.

Villa, who escaped relegation on the final day of last season, will kick off their top-flight campaign at home to Sheffield United on Monday evening