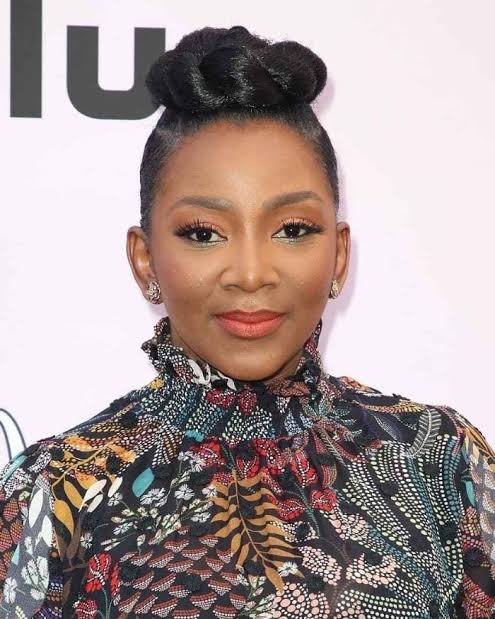 Nollywood veteran actress, Genevieve Nnaji has revealed that she is yet to remarry because she doesn’t want a failed marriage.

The 36-year-old who is regarded as one of Nollywood’s finest made this known in a recent interview. Genevieve who gave birth at 17 when she was in the Secondary School is yet to be married.

The award winning actress was at a point has been rumoured to be in a relationship with Nigeria’s former Vice President, Alhaji Atiku Abubakar as well as music star, Dbanj.

Genevieve Nnaji has now given the reason for not getting married as fear of failed marriage. In her words, ‘‘If I get married, I really want to stay married., and staying married is not an easy thing. It means you are completely in tune with your partner.
‘‘It means you have found your soulmate and will have to be able to stand a lot of disappointments that would definitely come but then again you have to learn how to forgive” she added.

Genevieve Nnaji was born 3 May 1979 and is a Nigerian actress, producer, and director who won the Africa Movie Academy Award for Best Actress in a Leading Role in 2005, making her the first actor to win the award. In 2011, she was honoured as a Member of the Order of the Federal Republic by the Nigerian government for her contributions to Nollywood. Her directorial debut movie, Lionheart, is the first Netflix Original from Nigeria, and first Nigerian submission for the Oscars. The movie was disqualified for having most of its dialogue in English.

Nnaji started her acting career as a child actor in the then-popular television soap opera Ripples at the age of 8. In 1998, at the age of 19, she was introduced into the growing Nigerian film industry with the movie Most Wanted. Her subsequent movies include Last Party, Mark of the Beast, and Ijele. In 2010, she starred in the award-winning film Ijé: The Journey. She has starred in over 200 Nollywood movies.

In 2004, Nnaji signed a recording contract with EKB Records, a Ghanaian record label, and released her debut album One Logologo Line. It is a mix of R&B, Hip-Hop, and Urban music. In 2004, Genevieve Nnaji was with the most votes after contending with other celebrities for the search for the face of Lux in 2004.

As of 2009, Nnaji was one of the best-paid female actors in Nollywood. Due to her contributions to the Nigerian movie industry, she became the first actor to be awarded Best Actress at the 2001 City Peoples Awards, the award ceremony that previously had only recognized politicians and business conglomerates. She was also the first actor to be awarded as Best Actress by the Censors Board of Nigeria in 2003.In 2009, she was referred to as the Julia Roberts of Africa by Oprah Winfrey.