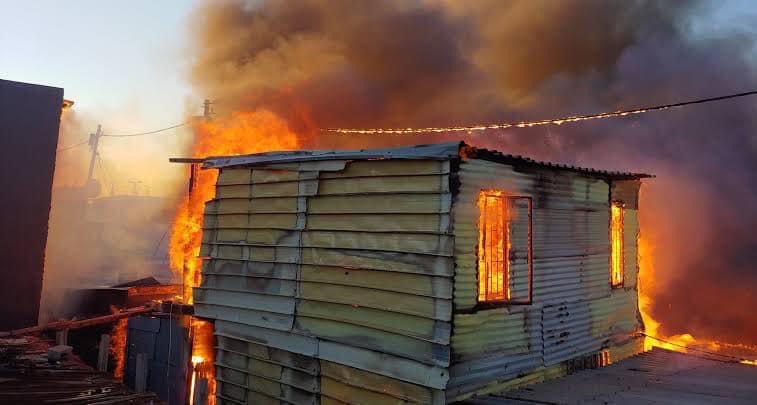 Hundreds of homes were destroyed by an evening fire fuelled by strong winds in Masiphumelele in the south of Cape Town, South Africa.

The devastating fire ripped through the area, destroying over a thousand homes in the informal settlement and leaving scores of people destitute.

Cape Town’s Fire and Rescue Service spent hours trying to put out the fire. An initial count indicated that about 1,000 dwellings had been gutted by the fire.

The fire services’ spokesperson Jermaine Carelse said the team was alerted to plumes of thick black smoke in the area at around 4 pm.

The team from Kommetjie road quickly responded to the fire, which was “fanned by strong winds and spreading at an alarming rate”. Eight fire-fighting appliances, as well as helicopters, were deployed to combat the fire.

Although helicopters deployed were grounded in the late afternoon due to gale-force winds. Choppers and spotter planes water-bombed the area with no damage to property.

He added that the blaze was put out at 1am on Friday.

The city’s statement said beyond containing the fire, it is no longer able to offer required relief materials like flood kits due to said to national government budget cuts.

The statement further stated that Cape Town Mayor Dan Plato, “will declare a local disaster within the next 72 hours”

In response, volunteers and rescue teams along with community members are clearing the site of debris left in the wake of the fire in the informal settlement.

French Court Sentences Moroccan to Life in Prison for Terrorism 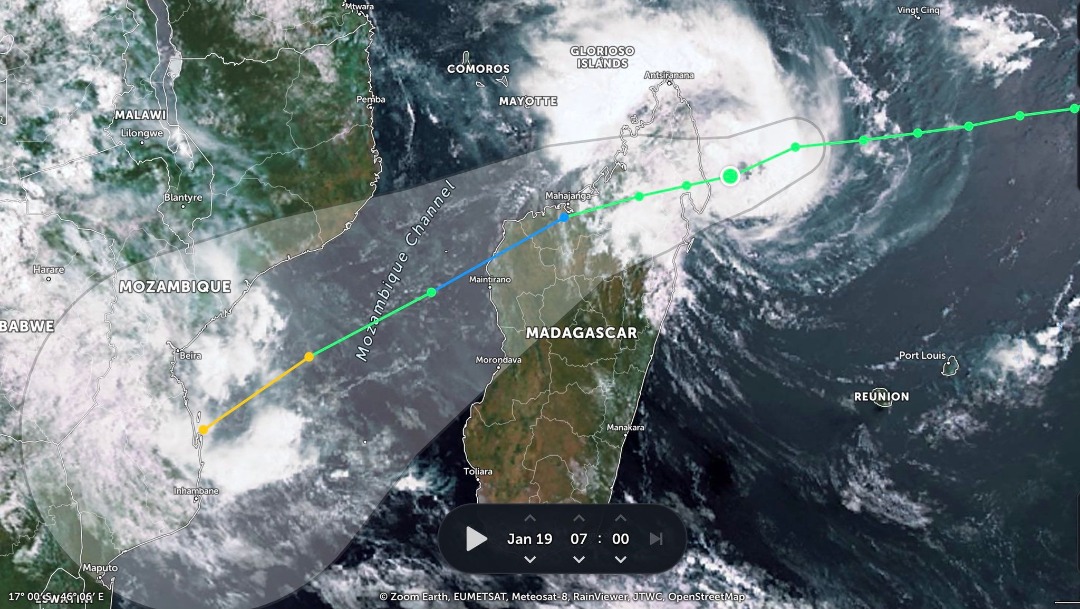 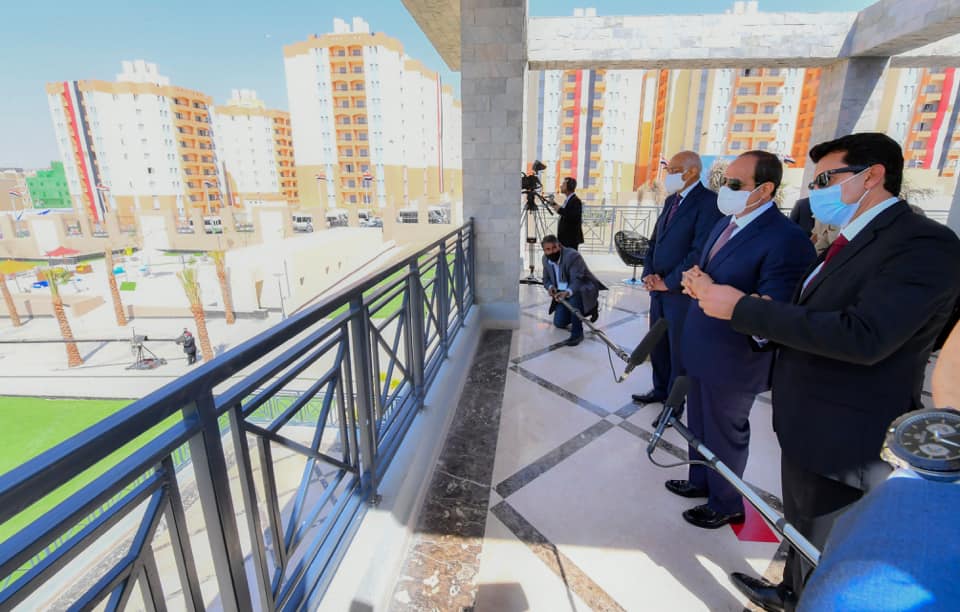 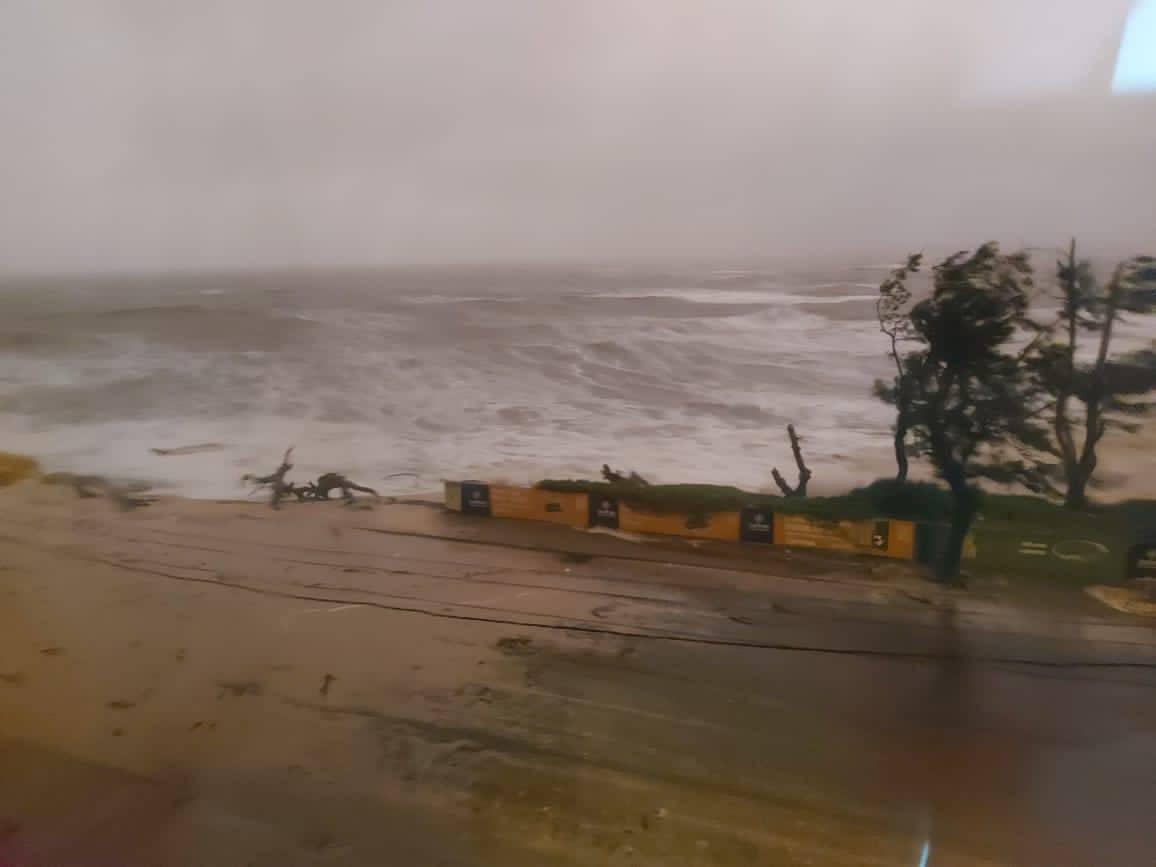 The death toll caused by tropical storm Chalane in central Mozambique has risen from four to seven, according to Mozambique’s National Calamities Management Institute (INGC).

The storm has passed through Madagascar and Zimbabwe.

The first four were in the provinces of Sofala and Manica where there was one death each, and in Zambézia where two people lost their lives.

The storm has left at least 10 people injured in Sofala, Manica and Zambézia, and several houses destroyed and a total of 36,000 people affected.

On Sunday, the country’s President Filipe Nyusi asked the public to abandon risky zones as the storm approached the country. His warning came after a meeting with INGC personnel.

The National Calamities Management Institute did earlier forecasted that four million people will be affected and more than 6,000 schools and 550 health facilities in risky zones damaged.

In March and April 2019, cyclone Idai, with its epicentre at the port of Beira, the country’s second-largest city, and cyclone Kenneth, hit Mozambique just few weeks apart.

Both cyclones are the worst natural disasters recorded in the country in the last two decades.