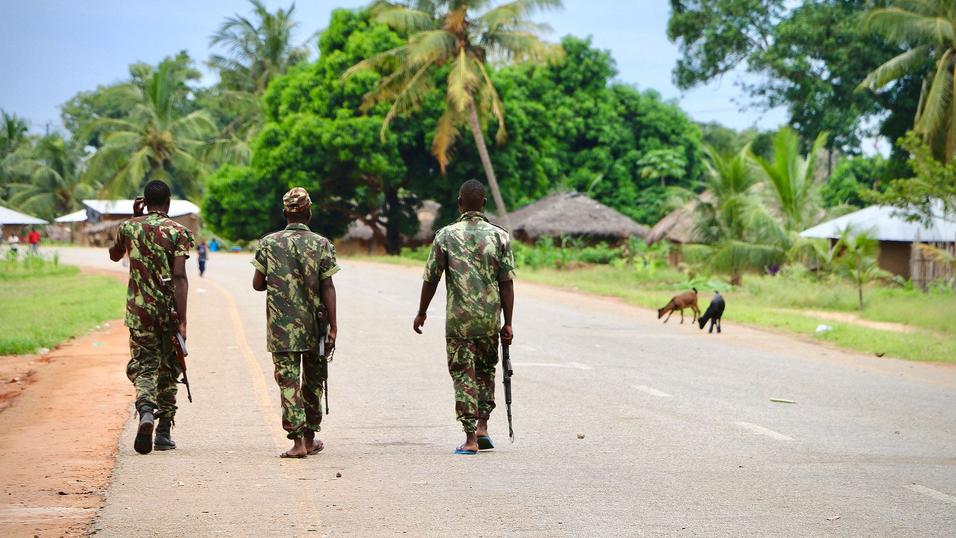 The Mozambican Army has condemned the shooting of a naked woman by some yet-to-be identified man in military fatigues.

A video of the shooting had circulated on Monday. In the video, the men could be seen beating the woman with a stick then shooting in the back as she attempted to flee.

In the two-minute-long clip, the group taunt the woman, referring to her as ‘al-Shabaab’ – a local term for an Islamist insurgent group that has been operating in the northern-most province of Cabo Delgado since 2017, with no known link to the Somali group of the same name.

One hits her in the head and body with a stick before others shoot and, they say in the video, kill her on the side of the road.

In a statement released late on Monday, the army said it considered the images shocking and horrifying, and “above all condemnable”.

“The FDS (Defence and Security Forces) reiterate that they do not agree with any barbaric act that substantiates the violation of human rights,” it said, calling for an investigation into the video’s authenticity.

“Facts of this nature should always be denounced by all living forces in society.”

The footage comes amid allegations of abuses by government soldiers in Cabo Delgado.

The government dismissed the allegations, saying insurgents regularly impersonated soldiers in an attempt to confuse national and international public opinion.

Zenaida Machado, researcher for Human Rights Watch, called for an investigation and said such acts, if committed by soldiers, sowed distrust in the population and strengthened insurgents’ narrative.

“It’s the worst case of betrayal,” she said, adding that frightened people should not run from insurgents only to find themselves in danger from those supposed to keep them safe. 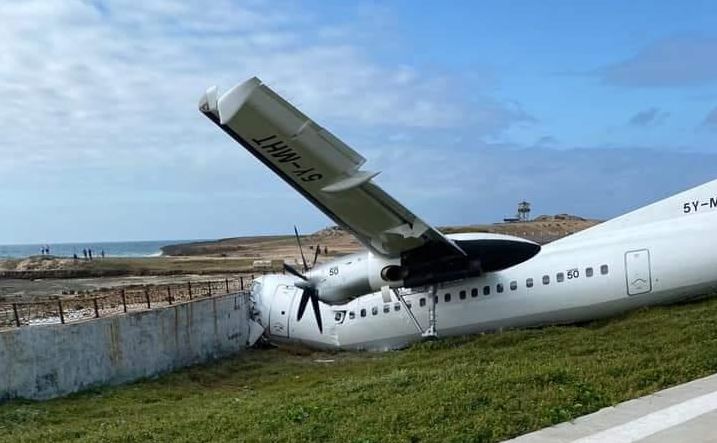 A Kenya-flagged aircraft on Saturday crashlanded at the Aden Adde International Airport in Mogadishu, Somalia.

The twin-engine Fokker aircraft, which was carrying cargo to Somalia, slid off the runway and rammed into a concrete fence after landing at Mogadishu airport.

The turboprop plane was severely damaged in the impact. It is reported to have belonged to Kenya’s Silverstone Air.

“Kenyan registered plane 5YMHT, Fokker 50, slid off the runway at Mogadishu Aden Adde Airport this morning. No fatalities co-pilot slightly injured and captain was stuck in the cockpit for a while. Silverstone air services doing domestic flights within Somalia,” a Twitter user said on the microblogging platform.

It is not immediately clear what could have caused the incident.

The authorities have dispatched rescue crews to deal with the incident.

Conflicting reports say four to five people were evacuated from the plane. No casualties have been reported so far, although some crew members were injured.

The Aden Adde airport is home to foreign diplomatic missions and is a gateway for humanitarian shipments delivered to Somalia.

The East African nation is still reeling from three decades of hostilities and relies heavily on international aid. 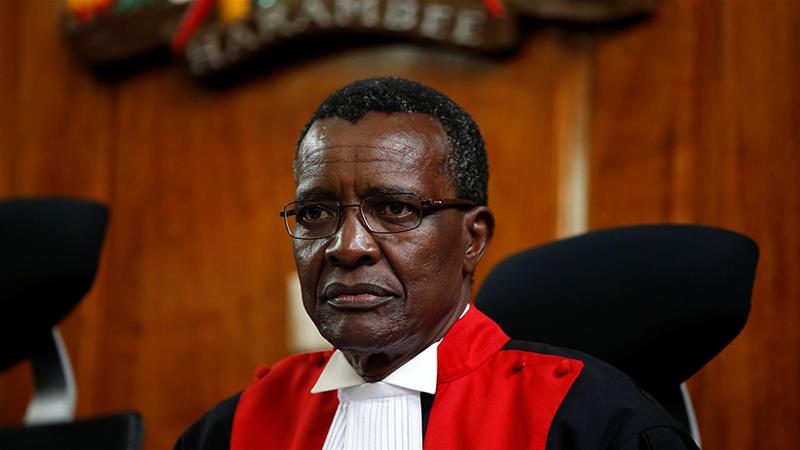 Courts in Kenya delivered over 7,000 judgement by electronic means during the COVID-19 restrictions in the country, Chief Justice David Maraga has said.

The novel coronavirus (COVID-19) pandemic has disrupted everyday activities globally, with countries forced to impose lockdowns and restriction of movement. Courts had also switched to the hearing of cases digitally to avoid the delay of justice.

Chief Justice Maraga, who received computer donations from the European Union (EU), noted that the pandemic has “provided an opportunity for us in the justice sector to reflect on how to address the current gaps related to technology in the enhancement of justice.”

Court proceedings in Kenya have been altered due to the crisis. Some cases are heard in open spaces in efforts to limit the risk of spreading the virus in the country; cases have been heard on video conferencing platforms such as Zoom and Skype.

However, Maraga – who doubles as Chief Justice and President of the Supreme Court of Kenya – noted that digital operations in the justice sector had not reached the required levels.

“It may take a while to reach a critical level of operations but with determination, we will enhance our services using technological platforms available,” he said.

By Friday, Kenya had reported 36,724 confirmed COVID-19 cases with 646 deaths, according to data published by the ministry of health.

The East African country is one of only eight in Africa to register more than 30,000 COVID-19 cases.

In case you missed it, here are the stories across Africa that made the headlines on Friday, September 18th, 2020, all in one minute.