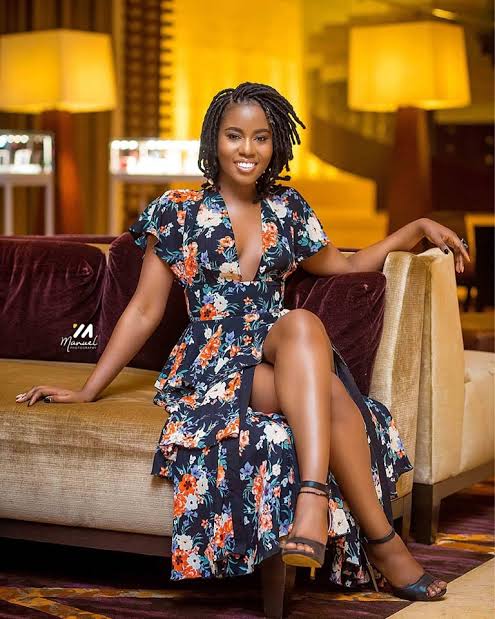 Ghanaian dancehall artiste, Vera Hamenoo-Kpeda, popularly known as MzVee believes female artistes like herself need more support in the industry to be able to get to where they want to be.

Speaking on Y97.9FM Takoradi’s Party Pressure on TD DJ’s Fame in Five segment, she contended that female artistes have not been left out of the noise about reggae-dancehall music, rather, they need more support.
“We have some amazing female artistes. There is AK Songress, there is Rena, there is one girl called Tsoobi and I think she’s amazing so it’s just the support and the push we need to make that noise for reggae-dancehall females in the industry.

“I think there’s always hope for women in every industry and it’s the same in music as well. We always have to work twice as hard as guys. It’s easier for the guys but we come with a lot of baggage so we need that extra support from everyone,” she said.

According to MzVee, even though they do not have that level of support yet, she believes female artistes have done massively well this year and they seem to be going toe-to-toe with the guys.

“For me, I’m very proud of us. We’ve all been waiting for this moment and I think the women are really shining in music this year. I think it’s something that will keep going”, the ‘Sheriff’ hitmaker concluded.

MzVee was born in South La Estates, Accra to Ernest Hamenoo-Kpeda, a businessman, and Florence Hamenoo-Kpeda, a caterer. She has two older sisters and a brother and attended St Martin de Porres School in Accra in her early years[citation needed]. She moved on to St. Mary’s Girls’ Senior High School and is now studying Business Administration at Ghana Telecom University.

MzVee first burst onto the Ghanaian music scene in the summer of 2012 as the lead singer of Lynx Entertainment’s girl band D3. The band, released hit singles such as ‘Good Girls Gone Bad’ and ‘Gyani Gyani’ before splitting at the end of 2013 due to educational commitments of the young group members.

MzVee launched her solo career with debut single ‘Borkor Borkor’ released in January 2014. She followed this with hit single ‘Natural Girl’ and went on to win the ‘Unsung Artiste Award’ at the 2014 Ghana Music Awards. Her debut album was released in November 2014 and features collaborations with several award-winning artistes such as Stonebwoy, VIP, Shatta Wale, Richie Mensah, M.anifest and Didier Awadi.

Following the success of her award-winning debut album, MzVee released her second album titled Verified in November 2015 to rave reviews. The album has earned MzVee 7 nominations at the 2016 Ghana Music Awards including ‘Album of the Year’ and ‘Record of the Year’ for the single ‘Abofra’ which features Efya. Her highly anticipated third album DaaVee was released in May 2017.

Throughout the two year period MzVee found help from her friend Efya who kept supporting and encouraging her until she overcame depression. She has announced that as of 2020 she is back to music and will be releasing a single she has titled “Sheriff”