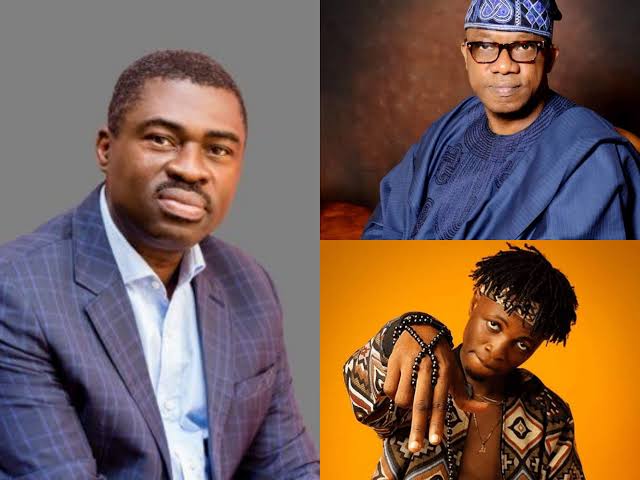 Brother Naija 2020 lockdown season housemate, Laycon who emerged as the winner of the reality show, having defeated Dorathy, Nengi, Vee and Neo to covet the grand price in the ‘lockdown edition of the show is now Ogun state’s Youth Ambassador and gospel artiste; Wale Adenuga expresses his displeasure over that.

“I’m disheartened by the Governor of Ogun state making the winner of #bbnaija an ambassador of the state, rewarding him further with cash and a house.
No thanks to you sir for further entrenching the sad narrative that we are a nation that rewards trivialities & mediocrity. #sad”

Wale Adenuga went ahead to clear the air, when Laycon’s fan trolled him for referring to their president as a dog.

“Post Script: I’ve had so many comments on this and that’s to be expected. People have taken exception to the term ‘dogs’. This is an idiomatic expression and NOT the labelling of a person. Apologies to anyone misconstruing that figure of speech and definitely label anyone a dog”

Laycon emerged winner after scoring the highest votes claiming more than half of the votes with 60%. Laycon’s win became apparent few weeks into the show, going by the singer’s indomitable fans.

Laycon beat all 19 housemates to the N85 million grand prize which includes N30 million in cash and other mouth-watering gifts. The 2020 edition of the show witnessed drama, emotion, betrayal and intrigues while it lasted.


After 10 weeks of drama and stiff competition in the Big Brother house, Laycon nabbed the winning title after garnering the most votes from viewers.

The 26-year-old singer and rapper from Ogun won the 85 million naira prize. Following his win, Laycon walked away with N30 million cash prize; a two-bedroom apartment courtesy Revolution Plus; a top of the range SUV from Nigerian automaker, Innoson Motors; a trip to Dublin courtesy Guinness; and home appliances courtesy Scanfrost.
Others are a trip to Dubai packaged by Travelbeta; a year’s supply of Indomie noodles, Munch it, and Colgate toothpaste; a year’s supply of Pepsi; a branded chiller; a trip to watch the UEFA Champions League finale; and a brand new Oppo mobile smartphone.


Laycon born Olamilekan Agbeleshe, is a 26-year-old singer and rapper from Ogun State whose musical fame was unknown but became a fan’s favourite after entertaining the housemates on their first night in the redecorated house. However, what sealed his spot was the number of music stars who campaigned for him on social media, particularly the micro blogging site Twitter. Samklef, Oxlade, Chinko Ekun were some of the music artistes who vigorously rooted for him. It was only a matter of days before the fans labelled themselves as Icons, dominating Twitter streets with their various hashtags.

It was announced yesterday by the Governor of Ogun state that Laycon is the Youth Ambassador for Ogun state. His win in Big Brother however got him an office, more money and more landed property.

“Once again, I congratulate you and on this note, I hereby appoint you as Youth Ambassador of Ogun State.

“I look forward to working with you to be a model of good character, excellence, good virtues, calmness, integrity that are general attributes of Ogun State, and in fact, your homestead, Odeda,” Abiodun said while hosting Laycon at the executive chamber of the governor’s office in the capital city of Abeokuta”

“We believe that you will help inspire our teeming youths to channel their energies towards positive engagements and shun vices such as robbery, drug abuse, cultism, advanced fee fraud, cybercrimes and kidnapping, amongst other negative tendencies”


“On behalf of the government and good people of Ogun State, I join your fans across the world to welcome you to your home state. Despite all the odds, temptations, and provocations in the house, I am proud that you came out unscathed and uninvolved in any scandal or immoral act”

“ You have also demonstrated with the way you carried out your assigned tasks in the house with comportment; intellectual responses to questions and; your spirit of fair-play, that your academic achievement at the University of Lagos was earned.
This has also shown that our universities can and still produce graduates that are found worthy in character and good learning,” he added.