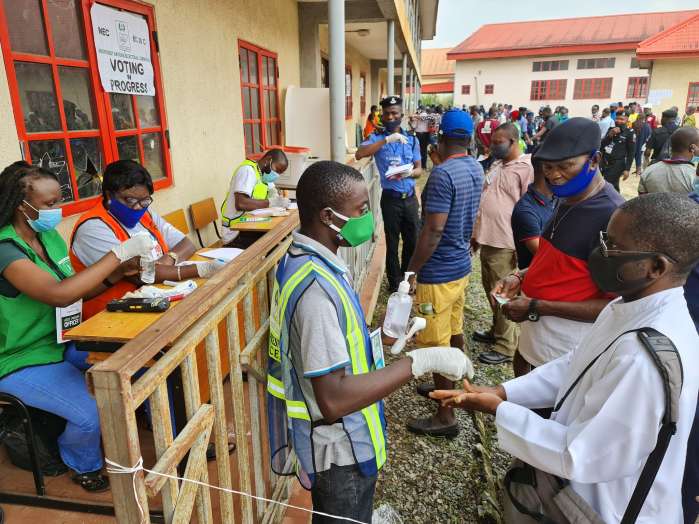 Nigeria’s electoral commission on Friday made 180 recommendations to improve voting in the world’s most populous black nation.

The Independent National Electoral Commission (INEC) made the recommendation in a virtual and public presentation of its “Report of the 2019 General Election”.

INEC also made public presentation of the “Review of the 2019 General Election: Report of the Commission’s Retreats and Stakeholder Engagements’’.

INEC Chairman, Mahmood Yakubu, while presenting the two reports said that the `Report of the 2019 General Election’ has 13 Chapters covering major issues.

These, according to him, include challenges associated with the preparation and conduct of the election, lessons learnt and specific recommendations for addressing them.

Early presentation of proposed amendments to the electoral legal framework, which should be concluded at least 12 months to the next general election, to provide effective planning.

The creation of electoral Offences Commission and Tribunal with powers to arrest, investigate and prosecute electoral offenders.

Automation of the nomination process to facilitate the storage, access and retrieval of candidates’ data.

The commission’s consideration of sourcing of its ad hoc personnel from its pool of retired staff.

Delivery of all non-sensitive election materials to states and FCT offices 30 days to any election so as ensure proper audit and quality assurance.

The need to review the criteria for recruiting collation officers and returning officers.

Sourcing of Registration Area Camps (RAC) managers from the staff of the commission.

Improvement of the voter registration to accommodate online registration and printing of permanent voter cards on monthly basis instead of the current quarterly basis.

The report also recommended that the Nigerian Constitution should be amended to provide for stronger legislation against defection by elected members of the national and state houses of assembly from one party to another.

“Such defectors should automatically lose their seats except in the case of merger of two or more parties,’’ it said.

The report recommended that funding of political parties from budgetary allocation should be restored.

It, however, said that this should not be tied to the election campaigns but for the purpose of maintaining infrastructural facilities and membership registration.

The recommendations, according to Yakubu, either require administrative action by the commission or amendments to strengthen the existing electoral legal framework by the National Assembly.

“Some of the recommendations that require administrative action by INEC are already being implemented resulting in improved management of the electoral process as seen in the recent off-cycle Governorship elections in Edo and Ondo States.

“We are similarly engaging with the National Assembly on aspects of the recommendations that require legislative action.’’

Yakubu noted that the strength of any public institution lay in its ability to ask critical questions, review its processes, strengthen its procedures for better service delivery and engage with stakeholders.

“It is my hope that making the two reports public will promote a better understanding of the issues and challenges associated with the conduct of the 2019 General Election and as important resource materials for research.

“It is my hope that it will serve as the promotion of a broader national discourse on the necessary reforms required for the continued delivery of peaceful, free, fair, credible, inclusive and safe elections in Nigeria.’’

Yakubu assured Nigerians that the hard copies of the two reports would be widely disseminated while soft copies would be uploaded on the commission’s website on Monday next week.

Prof. Okechwukwu Ibeanu, the INEC National Commissioner in-charge of Electoral Operations and Logistics Committee, said that the two documents covered the chronicled works of INEC, views of the commission and those of stakeholders on the 2019 general elections.

Ibeanu said that in drafting the document INEC was guided by a number of principles including openness driven by a genuine consultation, sound knowledge informed by good science and good collaboration based on partnership.

He said that the reports revealed five key lessons including the fact that election could not rise above the structure and the infrastructure of the society.

“It is the same roads washed off that the commission has to use to conduct elections. It is the same airlines that run late that we have to use.

“The second lesson is that trust is at the heart of every election and that is why the commission has placed a lot of emphasis on openness and transparency in building trust.’’

He said that the reports also revealed that elections are too serious to be left in the hands of 30,000 election manager alone.

He added that the report also revealed that while INEC played key roles in the conduct of elections, the actions of other stakeholders including CSOs, security agencies and media were also important in determining the quality of the election.

He said that while technology in election had also become inevitable, it was not the end, as the use of technology in an election without trust would complicate matters.

Mr Hermann Thiel, the International Foundation for Electoral Systems (IFES) Country Director for Nigeria, said that the reports represented an institution willing to reflect on its processes, learn from them and improve on the process.

Thiel said that the development in the 2020 U.S. elections revealed that elections processes around the world were faced with challenges.

“Every country in the world is going through the processes. The world in changing, technology is being introduced.

“New processes and principles that were not there in the last decades were being introduced and they are presenting challenges to elections around the world and each election authority around the world has to learn.’’

Thiel added that one of the ways to learn was to look at what others had done, adding that the reports would be of great benefits to INEC and other electoral bodies around the world.

Wilson expressed hope that the lessons learnt from previous elections documented in the reports would contribute to meaningful and improve processes in the next electoral cycles in Nigeria. 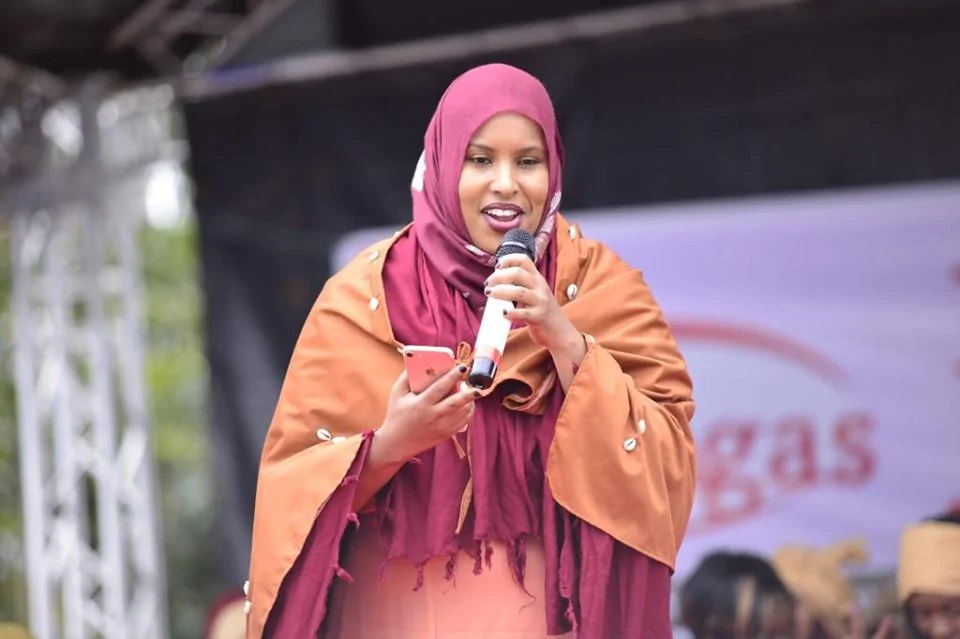 According to Dekow, creating designated road lanes for ambulances will ease emergency medical evacuation during the coronavirus (Covid-19) pandemic.

She noted that the Traffic Act 403 Section 119 provides special treatment of ambulances when they are taking people to hospital but most drivers in the East African country make it hard for the vehicles to rush patients in need of emergency medical services to the hospitals.

Dekow said most motorists do not give way for the ambulances forcing them to manoeuvre traffic yet they are carrying critical patients.

“It is important that traffic police enforce traffic rules and ensure motorists who block ambulances are arrested,” she said.

She said the trend is common in towns with high traffic levels, such as Nairobi, Kisumu, Nakuru and Mombasa.

The Traffic Act 403 Section 119 validates traffic Rule 83, which states that: “Drivers should give right of way upon hearing sirens indicating the approach of police vehicles, ambulances or fire engines.”

“We are in the middle of a pandemic and without a coordinated response to these incidents; there is a potential of unnecessary increase in morbidity and mortality,” Dekow said. 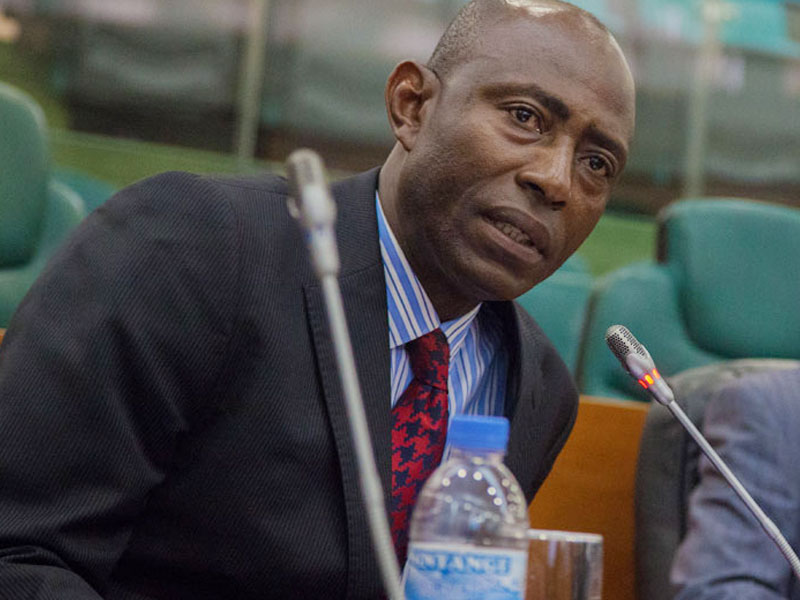 Nigeria’s Ministry of Foreign Affairs on Saturday disclosed that the United States has removed all visa reciprocity fees for Nigerians seeking visas to the US with effect from December 3.

Ferdinand Nwonye, the foreign ministry spokesman, in a statement, said the move was sequel to the removal of excess visa application, processing and biometric fees for American citizens applying for Nigerian visas.

The statement was titled, ‘Update on the removal of visa fees for Nigerian citizens by the US Government,’ advised prospective travellers to the US to visit www.travel.state.gov for details.”

Nwonye said, “The Ministry of Foreign Affairs wishes to inform that the United States Government has removed all visa reciprocity fees for Nigerian citizens seeking visas to the United States.

“The positive development is in line with the removal of excess visa application, processing and biometric fees for United States citizens applying for Nigerian visas by the Nigerian
Government.

“The United States Government has, therefore, eliminated reciprocity fees for Nigerian citizens with effect from December 3, 2020.”

The United States had imposed reciprocity fee for all approved non-immigrant visa applications by Nigerians in 2019. The fee was charged in addition to visa application fees for only applicants who are issued visas.

The additional reciprocity fees which ranged from $80 to $303 depending on the class of visa, took effect from August 29 last year.

The US Embassy in Nigeria said the reciprocity fees were in response to unsuccessful talks with Nigeria to adjust the fees it charges American applicants.

The Mission insisted that the reciprocity fee was meant to eliminate the cost difference as required by US laws.

Ghanaians Sure Presidential, Parliamentary Elections Will Be Peaceful 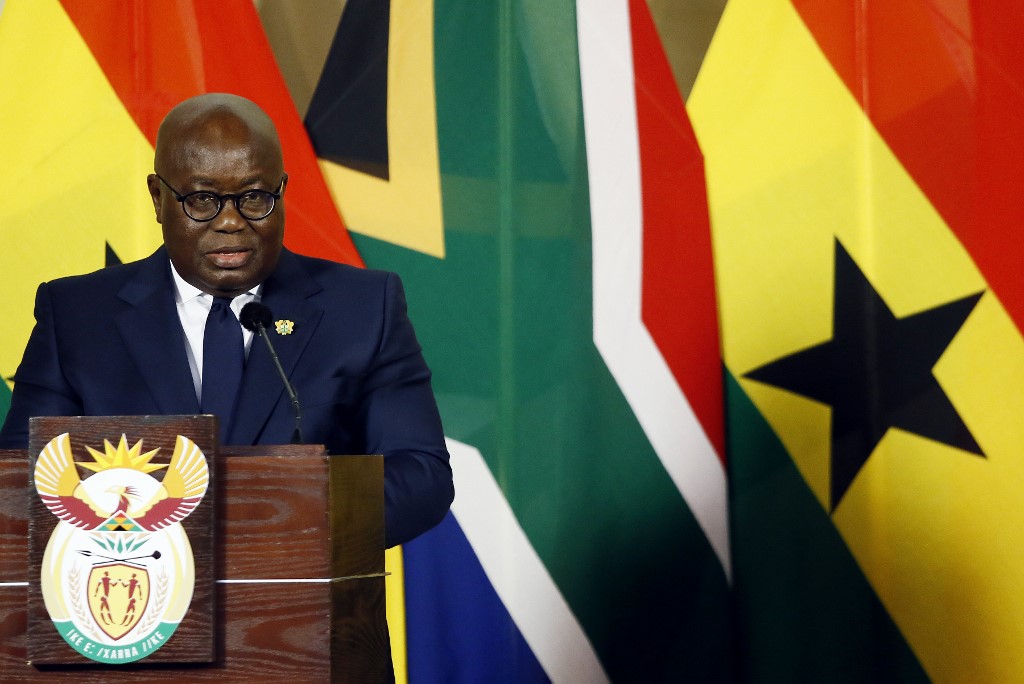 Ghanaians have expressed confidence the forthcoming presidential elections will be peaceful, free and fair.

Ghana will hold the election on December 7. About 17 people are expected to participate in the elections at 38,622 polling stations across the country to elect a President and 275 members of parliament.

A former broadcaster and media consultant, John Osei Tutu Agyeman, believes in the ability of the security services to ensure a peaceful atmosphere before, during and after the elections.

“We have had these same fears in the past, but the elections in 2012 and 2016 turned out to be peaceful and beautiful.

“And I believe the security services will rise to the occasion again to preserve the peace in the country,” Agyeman, also director of the Institute of Media Practice, a media think tank, told Xinhua.

Director of Kingdom Concept Consult Princess Sekyere-Bih believed the West African country said it got assurance from the police that the elections would be peaceful.

“Not only have they deployed more trained men, but this time, they have more resources to ensure peace,” said she.

Although there were clashes between party supporters during the voter registration in June and July, the 2020 election campaign has been largely peaceful as the Coronavirus pandemic limited outdoor activities.

“This gives us a foretaste of what might happen.

“So it must inform about the strategies which the police will put in place for peace during the election,” Aremeyaw Shaibu, chairman of the Ghana-based Coalition of Domestic Election Observers, said.

Shaibu urged the security services to be at their professional best to ensure a peaceful atmosphere during and after the polls.

Although some were apprehensive due to some isolated events, the larger Ghanaian society is hopeful of a peaceful outcome for the elections, according to recent findings by the Centre for Democratic Development-Ghana (CDD-Ghana).

“Stakeholders are important,” said Rhoda Osei-Afful, an expert at CDD.
She added that the Electoral Commission (EC) “is at the helm of affairs as far as the election is concerned.

“How they engage the electorate, the political parties and their electoral officials is going to be critical in ensuring peace.

The expert also urged political parties to help their supporters channel their grievances into the EC through laid-down channels to minimise the incidents of unnecessary rancour.

The Ghana police service has identified 4,098 areas where chaos is likely to erupt ahead of the elections and provided reports to the National Election Security Taskforce to guide its tactical arrangements and deployments across 16 regions.

The 4,098 flashpoints include historical election-related hot spots and locations where other forms of violence and crime have occurred in history, said Yaw Nketia Yeboah, a spokesman for the Ghana police service.

Urging the citizenry to be law-abiding, the spokesman said: “Don’t go and teach people whom to vote for at the polling station.

“If you have any campaigning to do, do it in your houses, not at the polling stations.”

Political parties have shifted their campaign activities into top gear.
The two main candidates in the country’s presidential election committed to peaceful voting signing a peace pact on Friday on behalf of their respective political parties.