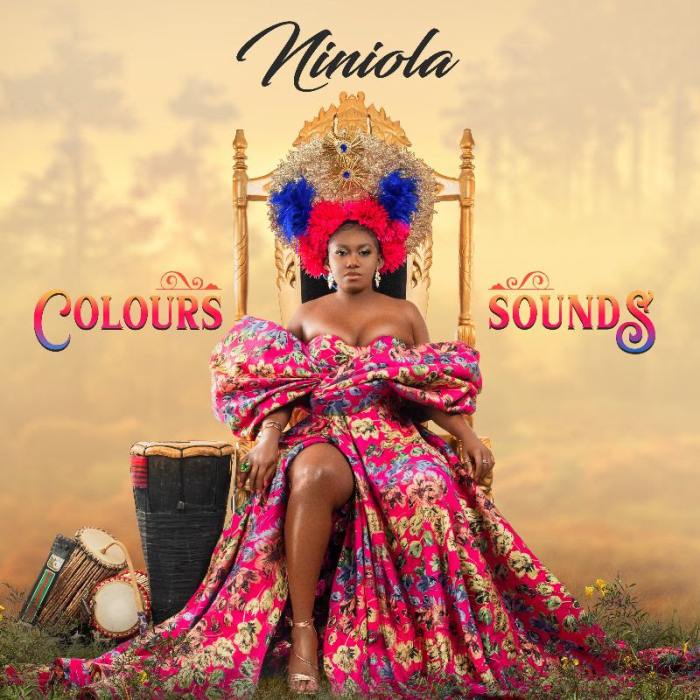 Niniola is set to release 13-track sophomore album, ‘Colours and Sounds’ in October.
The album joins a long list of releases in the second half of 2020 including Davido, Burna Boy, Tiwa Savage, Tekno, Wizkid, Cuppy, Peruzzi, Yemi Alade and more.

July 16, 2020, word from the grapevine was that Nigerian singer, Niniola would release her sophomore album, ‘Colors and Sounds’ in September 2020. But on September 25, 2020, it was reported that Colours and Sounds will be released on October 2, 2020.

The album is said to be a follow-up to her critically-acclaimed debut album, This Is Me which was released in 2017. Colours and Sounds would be joining a long list of releases in the second half of 2020 including Davido, Burna Boy, Tiwa Savage, Tekno, Wizkid, Cuppy, Peruzzi, Yemi Alade and more.

While the musical flavors are many, Niniola’s performance is singular as she brings her A-game to each of the album’s 13 tracks. “My music is colourful and vibrant — it’s traveled across borders and it’s being played by different ethnicities, whether black or white,” Niniola says. “Even though my root genre is Afro-House, I can do it all -— R&B, pop, folk. So I am basically a girl of many Colours and Sounds.”

Niniola released her debut single “Ibadi” on 19 March 2014. Produced by Sarz, the song received positive critical reviews, topped national music charts and gained extensive airplay. Her singles “Ibadi” and “Gbowode” were included in the soundtrack for season 2 of Gidi Up. NotJustOk included her on its list of the 15 Artists to Watch in 2015. Niniola was nominated in the Most Promising Act to Watch category at the 2015 Nigeria Entertainment Awards.

Niniola released the Sarz produced single “Maradona” in 2017. The song spent 13 weeks on South Africa’s Metro FM chart, retaining the number 1 position for 6 weeks. Niniola earned nominations at the 2018 BET Awards and SAMAs for “Maradona”. She received nods from Canadian rapper Drake and American record producer Timbaland.
In 2019, elements of “Maradona” were sampled in “Find Your Way Back”, a song from Beyoncé’s soundtrack album The Lion King: The Gift. Niniola is also credited as one of the track’s songwriters and composers. In April 2020, she received her Grammy nomination certificate for her work as a composer on The Lion King: The Gift.
Colours and Sounds is definitely highly anticipated seeing as it is really full of colours and sounds.