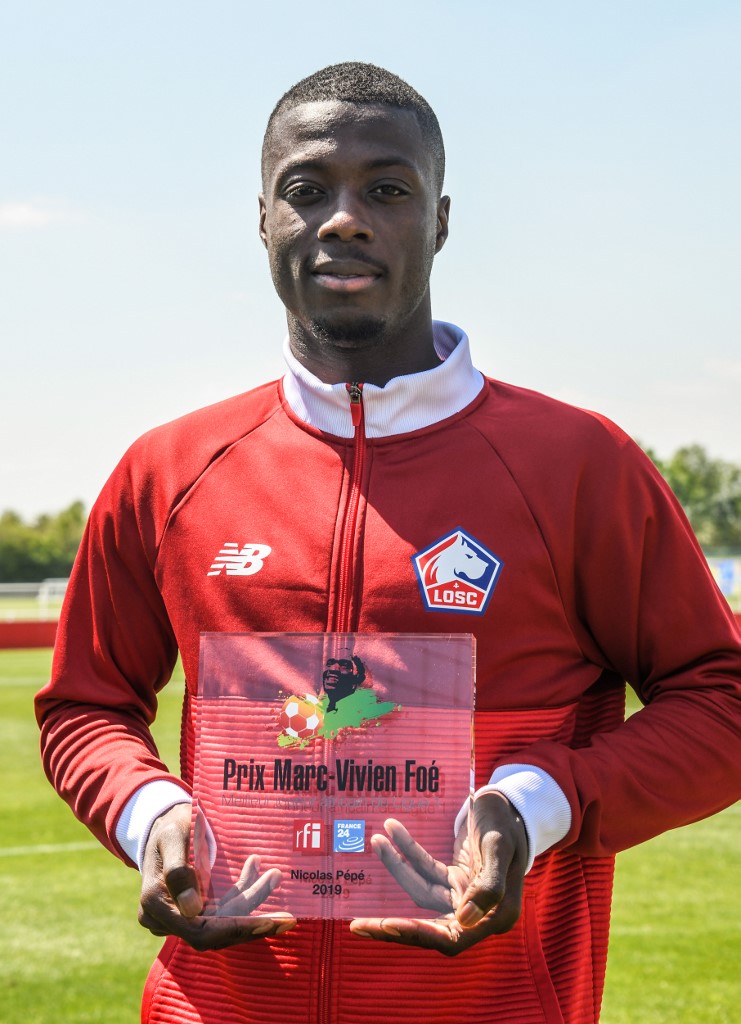 French media outlets RFI and France 24 have released the 11 nominees for the Marc-Vivien Foe Award. The annual event is organized in memory of the late Marc-Vivien Foe, a Cameroonian midfielder who died at the age of 28 while playing for the Indomitable Lions during a 2003 FIFA Confederations Cup match against Colombia.

He had two stints in the French Ligue 1, first turning out for Lens before playing for Olympique Lyon after a short time in England with West Ham United.

Ivorian Nicolas Pépé was the winner of the 2019 edition after a stunning, 22-goal season with Lille who finished as runners up behind Paris St. Germain. Nominees must be eligible to wear the colors of an African national team and must have played at least 15 matches in Ligue 1 in the season under consideration.

The list is dominated by players from Senegal, with no less than four from the runners up at the 2019 Africa Cup of Nations in Egypt. They include PSG’s defensive midfielder Idrissa Gana Gueye, Stade Rennes goalkeeper Edouard Mendy who kept nine clean sheets and saved a penalty from 24 Ligue 1 games, teammate Mbaye Niang who scored 15 goals in 36 games in all competitions and FC Metz’ Habibou Diallo who scored 12 goals.

Nigerian duo Victor Osimhen and Moses Simon will be hoping to follow in the footsteps of Vincent Enyeama, who won the award in 2014. Osimhen had a dream debut campaign in France with Lille, scoring 18 goals in 38 games across all competitions, 13 of them in 27 league games. Simon, who was on loan from Levante had a solid campaign as well, scoring nine goals and providing eight assists from 30 games with Nantes.

African champions Algeria are also represented. Striker Islam Slimani scored nine goals in 19 games across all competitions for Monaco while compatriot Andy Delort also scored nine goals for Montpellier. Both players are hoping to become the first Algerians to win the award. 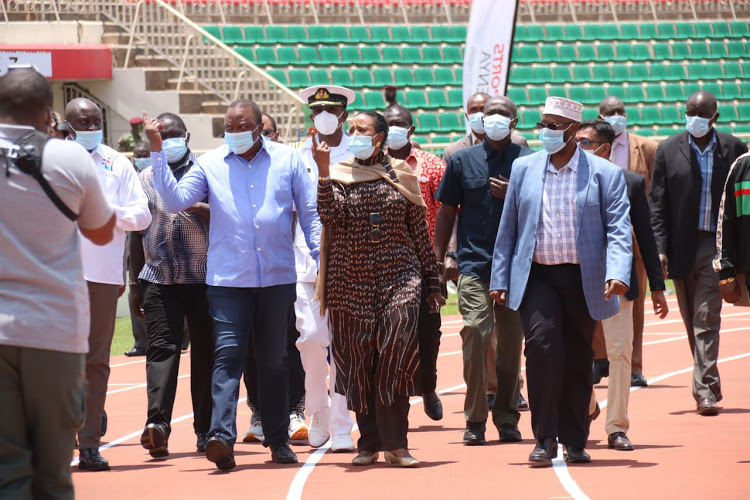 Kenya’s President, Uhuru Kenyatta, has described cases of doping by athletes from the country as troubling.

President Kenyatta said this on Saturday during the reopening of the Nyayo Stadium which has been under renovation and upgrading since 2017.

He also directed the sports ministry to enhance anti doping education among athletes.

“We have had the use of illicit products among our sportsmen. Even-though this cases are tiny, they are troubling,” he said. “Provide resources for enhanced anti-doping education, testing and reporting on a regular basis.”

The President said Kenya’s reputation has been built on a foundation of competing clean and winning fairly.

According to Kenyatta, Nyayo Stadium upgrade is not an isolated case and by next year Kenya Defence Forces will also have their own stadium in Langata.

He said the ministry should resume preparation for Olympics and Paralympics and coordinate on how athletes can resume competing abroad.

The Cabinet Secretary for Sports, Amina Mohammed, thanked the president for his support in making all the changes required for the stadium.

“The track is in good shape and we will put to test in a few days with the Kipkeino Classic,” she said. “Several international sports bodies have sent their representatives to inspect this facility (Nyayo Stadium) and have rated it among the best on the African continent. “

Nyayo Stadium was closed in 2017 for renovations to host the 2018 Africa Nations Championships (Chan), which was later moved to Morocco over unpreparedness.

The stadium was briefly opened to host a Kenyan Premier League match between Gor Mahia and AFC Leopards in August 2017 then closed again for renovation.

It was then partially reopened for Beyond Zero Half Marathon on March 8 and February 11 for former President Daniel Toroitich Arap Moi’s state funeral. 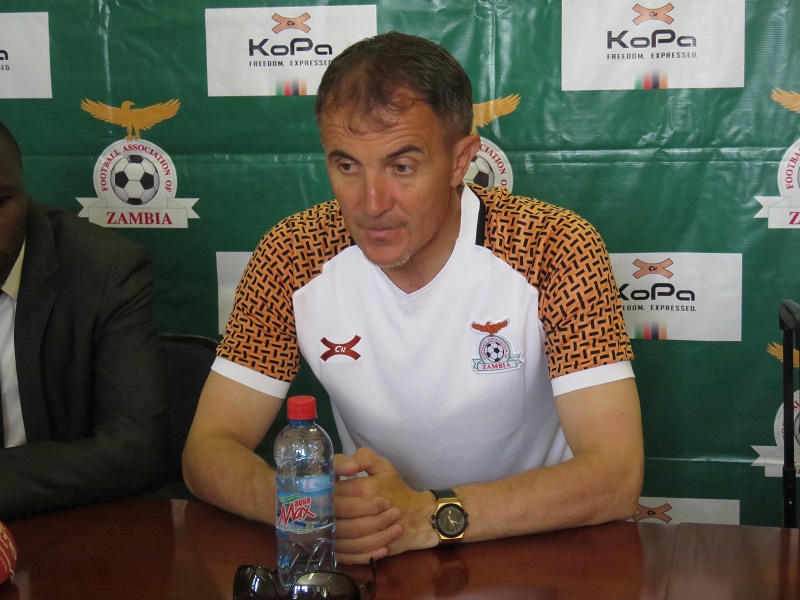 The Football Association of Zambia (FAZ) has invited 40 players for the 2021 Championship of African Nations (CHAN) camp.

This was revealed by the Milutin Micho Sredojevic, Head Coach of the Zambian men’s football national team, on Friday.

The Serbian manager said that the list would be eventually pruned to 23 for the competition to be hosted by Cameroon in January 2021.

The all locally based squad will enter residential camp on Sunday, September 28th.

The 11-year-old championship is meant for players in the domestic leagues of African countries.

“The players will commence camping on Sept. 28 and after one week, they will be reduced to 23 players. Thereafter, the team will play international friendlies against Malawi, Kenya and South Africa in October.

“We are also planning two other international friendlies against Rwanda and Libya,’’ he said.

The Serbia-born tactician said the friendly matches would assist the team to ascertain their level of preparedness for the competition.

He said the Zambian Premier League scheduled to start in October would assist the players to sharpen their skills and be in good form.

Sredojevic said the national team would play Botswana in AFCON qualifier at home and away in November.

“After Christmas, we shall come out with a comprehensive programme to prepare for the CHAN tournament. From there, we will know the players that will represent Zambia in Cameroon 2021,’’ he said.

Morocco is the defending champion of the CAF African Nations Championship.

FAZ also announced that the Copper Bullets will play a friendly against the Flames of Malawi on October 7th at Nkoloma Stadium. Zambia will then travel to South Africa for another friendly match against Bafana Bafana on October 10th before facing Kenya.

Among the invitees are NAPSA Stars star midfielder, Collins Sikombe, who scored the only goal of the game when Zambia played their last match at Nkoloma Stadium on March 12 beating the Flames 1-0; Zesco United new duo of Kelvin Mubanga Kampamba and Bruce Musakanya; and youngsters including Patrick Gondwe, Ricky Banda, Thomas Zulu, and Jackson Kakunta. 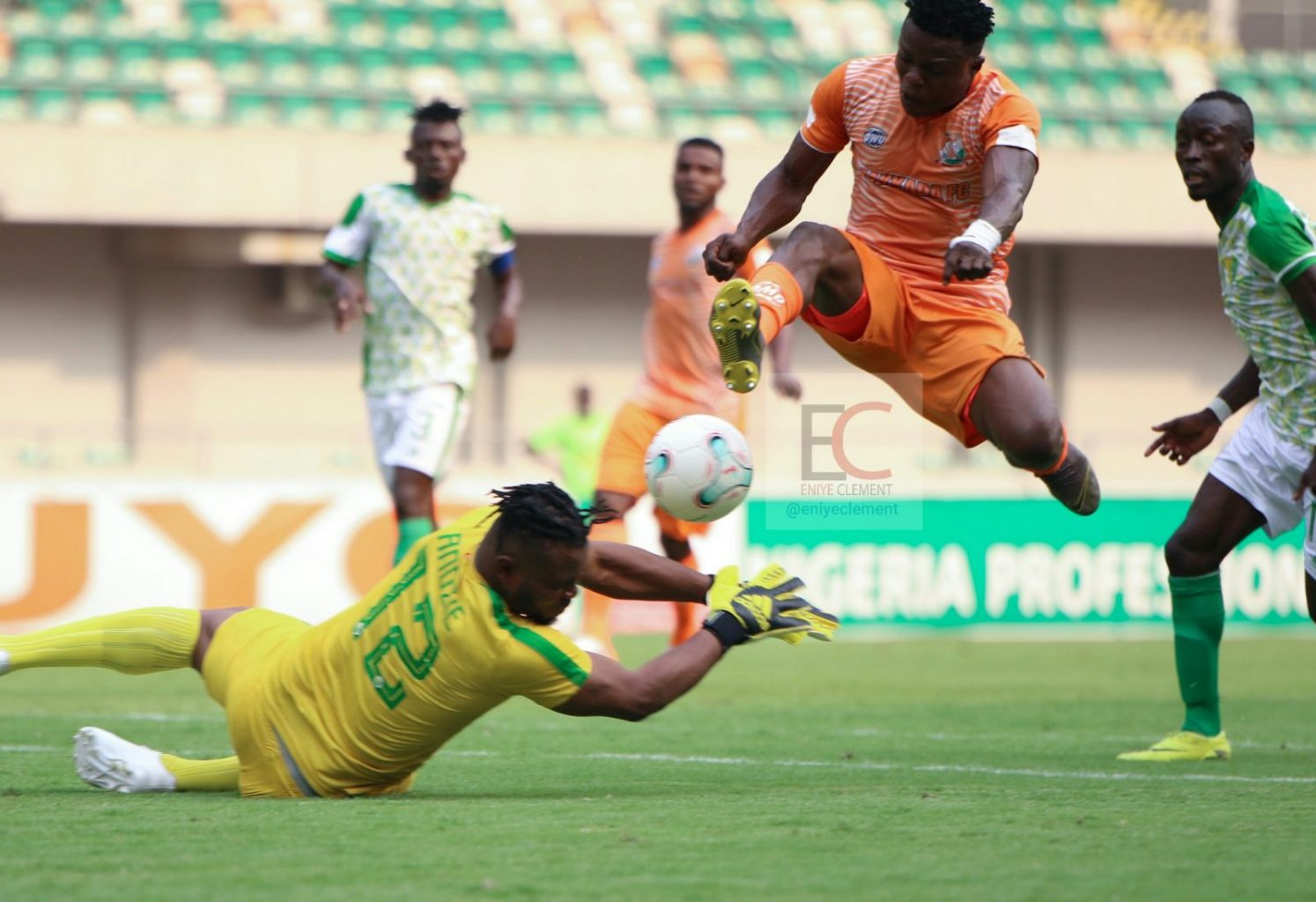 The global coronavirus pandemic has reached into the heart of the Nigeria Professional Football League with no fewer than two clubs recording positive cases among their personnel.

Champions Plateau United and Kwara United are the two teams currently known but sources say there could be more.

According to reports, Ilorin-based Kwara United currently have nine players and four officials with the virus. This was discovered during the mandatory Covid-19 testing ordered by the League Management Company (LMC) for teams in the topflight before resumption of the new 2020/21 NPFL season.

Sources close to Plateau United also revealed that the club has recorded some positive cases but the exact number and the individuals affected could not be confirmed as the club was keeping the matter under wraps.

The news casts a major doubt on the possibility of the NPFL season commencing on the targetted October 20 date or anytime soon. In August, Nigeria’s Presidential Task Force (PTF) on COVID-19 had lifted the ban on non-contact sports. These sports include athletics, lawn tennis, table tennis, golf, cricket, cycling, among others. Contact sports like football, boxing, wrestling, taekwondo, rugby, swimming and basketball remained banned until further notice.

However, in early September, the PTF announced that football activities could resume in the country albeit without fans in stadiums and according to strict COVID-19 guidelines which would be supervised by the ministry of youth and sports development and the National Centre for Disease Control, NCDC.

The position was corroborated by the minister of youth and sports development Sunday Dare. According to a statement signed by the Permanent Secretary of the Ministry, Mr. Gabriel Aduda, Dare said: “We are happy that the ban on sports has been lifted after so many months of inactivity due to the COVID-19 scourge. The ministry is not oblivious of the challenges that would be encountered in organising football matches.

“We cannot take anything for granted. As a way of safeguarding the lives of our players, coaches, officials and fans, approval must be sought and given before any game is played. The ministry would ensure that all protocols and guidelines are obeyed as directed by PTF and NCDC.”

Dare further warned in the statement that the NPFL would not resume until club licensing regulations were met by all clubs.”

“Thedomestic league will not commence until the regulations and controls bothering on financial and licensing control are enforced,” he said.

“The NFF must enforce these regulations and controls as stipulated, otherwise the Nigerian professional and amateur leagues will not be approved to resume.

“These include proper licensing of players, insurance for players and coaches, compliance with FIFA rules on players’ contract and transfer, running the clubs as professional endeavours, among others.”

Nomcebo shoots herself in the foot.