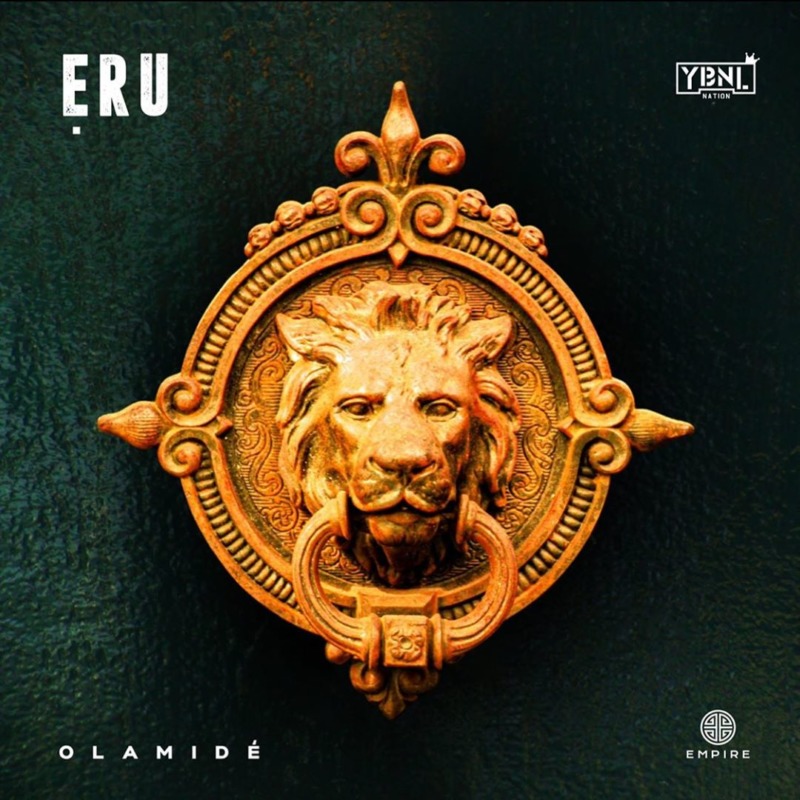 Popular Nigerian singer, Olamide has released new single titled “Eru” where he is also reported to have shown off his wealth.
The singer announced the release of ‘Eru’ on his Instagram stating that it should be listened to on high volume.

There are speculations that this new single has all the ingredients to truly succeed in Nigeria and be a hit. Many say It’s arguably the best single Olamide also known as Baddo has released since the release of his hit single ‘Woske.’

Olamide Adedeji was born 15 March 1989, professionally and popularly known as Olamide also as Olamide Baddo or BaddoSneh. He is a Nigerian hip hop recording artist. He records in Yoruba, and English. In 2011, he released his debut studio album Rapsodi while signed to Coded Tunes. YBNL, his follow-up album, was released under his label imprint YBNL Nation.

The album was supported by the singles “First of All”, “Voice of the street”, “Stupid Love”, and “Ilefo Illuminati”. On 7 November 2013, he released his third studio album Baddest Guy Ever Liveth. The album’s singles include “Durosoke” and “Yemi My Lover”. On 17 July 2013, Olamide became the first Nigerian to sign an endorsement deal with Cîroc.

Olamide was born in Bariga, Lagos State, Nigeria. He started his career when he released the debut single, “Eni Duro,” in 2010. In 2010, Olamide performed at The Hip Hop World Awards. He studied at Tai Solarin University of Education. In 2011, he released his debut studio album titled Rapsodi and was signed to ID Cabasa’s Coded Tunes record label and was managed by Toni Payne. In 2012, he left Coded Tunes and started his own record label YBNL Nation.

Olamide’s fifth studio album Eyan Mayweather was released on 23 November 2015. Released through YBNL Nation with studio production from Pheelz, Young Jonn, B Banks and I.D. Cabasa, Eyan Mayweather is the follow up to 2 Kings, a collaborative album by Olamide and Phyno. The album boasted of having 21 tracks with no single feature.

The Glory, Olamide’s sixth studio album, was released on 23 December 2016. Released through YBNL Nation with studio production from Pheelz. The Album contains 16 back to back track with features from artistes like Phyno, Wande Coal, Burna Boy, Akuchi and Davolee. The Glory is the follow up to Eyan Mayweather.

In May 2013, it was reported that Olamide signed a record deal with DB Records. Olamide took to Twitter to debunk the reports. In an interview with Toolz on NdaniTV’s The Juice, he said that it is too late for anyone to sign him.

On 10th of February, 2020 Olamide released a surprise and his ninth studio album Titled 999. It had nine songs on it. Its production was handled mainly by Pheelz. It had guest appearances by Phyno, Maximilliano -Olamide’s son and others.

The EP received average review from music critics, most critics credited Olamide for doing almost 100% rap project after staying off rap for quite a number of years but emphasis was pointed at the fact that the project won’t survive the test of time.

Daniel Kaluuya: The Star, His Movies, His Football3 minutes read