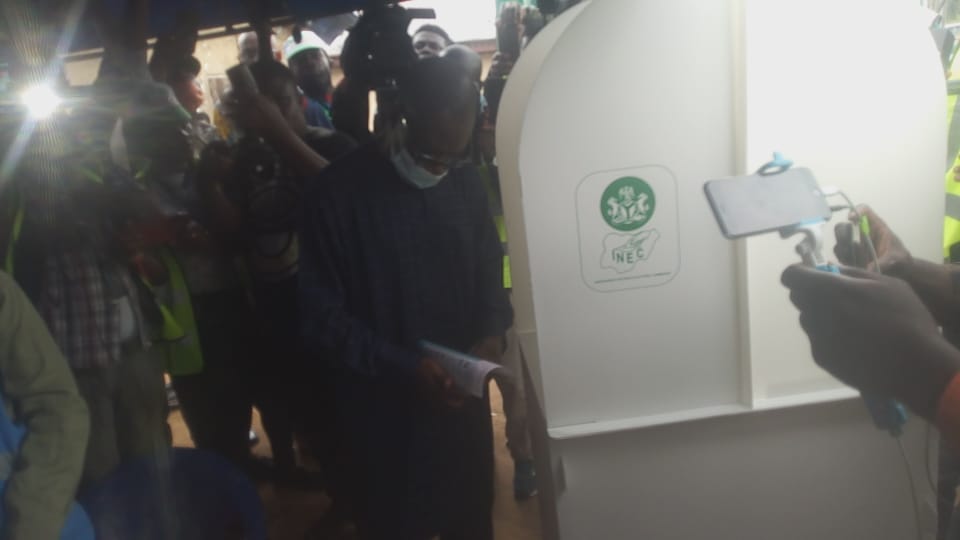 Ondo State Deputy Governor and candidate of the Zenith Labour Party (ZLP), Agboola Ajayi , voting at his Kiribo hometown, Ese Odo local government area.Ajayi, who lauded the impressive turnout at his unit, said, “Ondo State people are ready to vote freely. In any contest, there must be a winner. They should have allowed the process to be free and fair. A Kenyan man has allegedly been lynched for allegedly stealing motorcyles.

According to local reports, the mob had on Saturday stormed the Kimbimbi Sub-county hospital in Kirinyaga area of the East African country, dragged the man from his hospital bed, killed and set his remains on fire.

Kirinyaga East DCIO, Millicent Ochuka said the deceased was “suspected to be behind the theft of five motorcycles”.

He was undergoing treatment at the hospital after he sustained serious injuries from a mob beating on Thursday night for the alleged theft.

“What we have gathered is that he was beaten then compelled to confess to bodaboda riders on where he hid the stolen bikes,” said the area DCIO.

“He was later freed and taken to hospital for treatment.”

The riders regrouped the following day (Friday) after failing to find the bikes from the hideout they had been directed to and returned to the hospital to abduct the suspect.

Ochuka believes the assailants overpowered the hospital’s security guards and carried off the patient out for lynching.

She however said the hospital has not reported to police on the patient’s abduction.

“We will seek information from the hospital to establish if indeed he (suspect) was forcefully taken from the facility so we can get his identity,” said the DCIO.

Nigeria To Publish Names, Photos Of Inmates Who Excaped From Ondo, Edo Prisons Nigeria will publish the names and photos of some prisoners who escaped from two correctional centres in the country after the peaceful #EndSARS protest was allegedly hijacked by hoodlums.

The hoodlums had attacked a correctional centre in Edo State early last week setting free hundreds of inmates. In reaction, Governor Godwin Obaseki had introduced a 24-hour curfew and given the inmates 48-hour ultimatum to return back to prison.

Yesterday, he extended the ultimatum to October 30th.

Days after the Edo prison break, hoodlums also raided a correctional centre in neighbouring Ondo and set free some prisoners.

Now, the spokesman of the Nigerian Correctional Service (NCoS), Austin Njoku, has said the names of the over 2,000 inmates who escaped from the prisons will be published.

Austin Njoku said 1,993 inmates broke out of two prisons in Edo, while 58 reportedly escaped from the Ondo correctional facility.

He said that intelligence and security efforts are being mobilized towards recapturing the escaped inmates.

“We are mobilising the people and the press for information because to inject the number of such people into the society is a problem. Imagine over 1,000 criminals injected into society?

“We are mobilising the intelligence agencies, the police and the DSS (Department of State Services). We are publishing their names and pictures very soon,” he said.