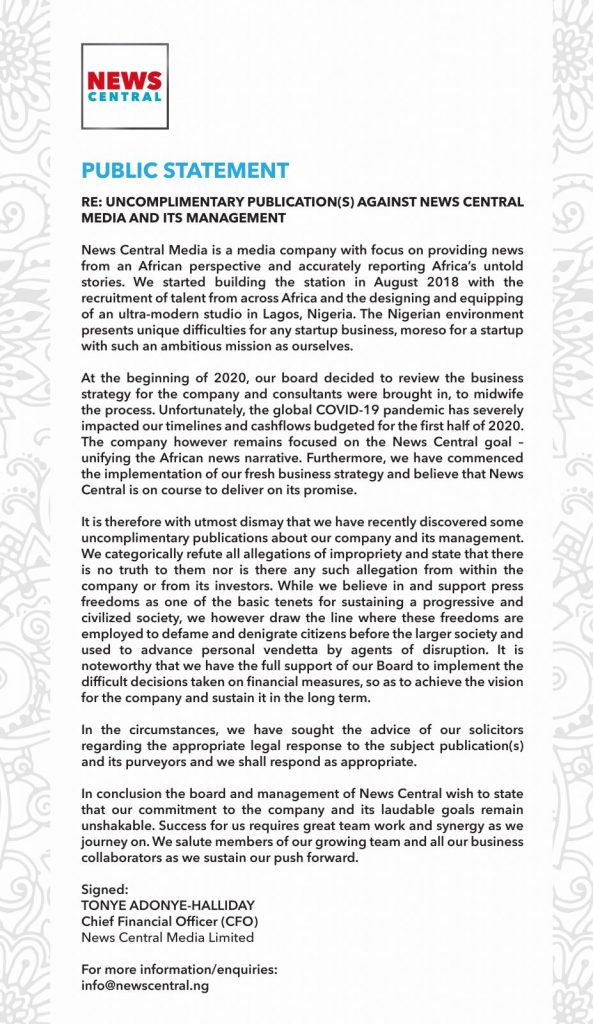 News Central Media is a media company with focus on providing news from an African perspective and accurately reporting Africa’s untold stories. We started building the station in August 2018 with the recruitment of talent from across Africa and the designing and equipping of an ultra-modern studio in Lagos, Nigeria. The Nigerian environment presents unique difficulties for any startup business, moreso for a startup with such an ambitious mission as ourselves.

At the beginning of 2020, our board decided to review the business strategy for the company and consultants were brought in, to midwife the process. Unfortunately, the global COVID-19 pandemic has severely impacted our timelines and cashflows budgeted for the first half of 2020. The company however remains focused on the News Central goal – unifying the African news narrative. Furthermore, we have commenced the implementation of our fresh business strategy and believe that News Central is on course to deliver on its promise.

It is therefore with utmost dismay that we have recently discovered some uncomplimentary publications about our company and its management. We categorically refute all allegations of impropriety and state that there is no truth to them nor is there any such allegation from within the company or from its investors. While we believe in and support press freedoms as one of the basic tenets for sustaining a progressive and civilized society, we however draw the line where these freedoms are employed to defame and denigrate citizens before the larger society and used to advance personal vendetta by agents of disruption. It is noteworthy that we have the full support of our Board to implement the difficult decisions taken on financial measures, so as to achieve the vision for the company and sustain it in the long term.

In the circumstances, we have sought the advice of our solicitors regarding the appropriate legal response to the subject publication(s) and its purveyors and we shall respond as appropriate.

In conclusion the board and management of News Central wish to state that our commitment to the company and its laudable goals remain unshakable. Success for us requires great team work and synergy as we journey on. We salute members of our growing team and all our business collaborators as we sustain our push forward.

In the circumstances, we have sought the advice of our solicitors regarding the appropriate legal response to the subject publication(s) and its purveyors and we shall respond as appropriate.

From London to Berlin, Europe’s museums are packed with hundreds of thousands of colonial-era items

From London to Berlin, Europe’s museums are packed with hundreds of thousands of colonial-era items 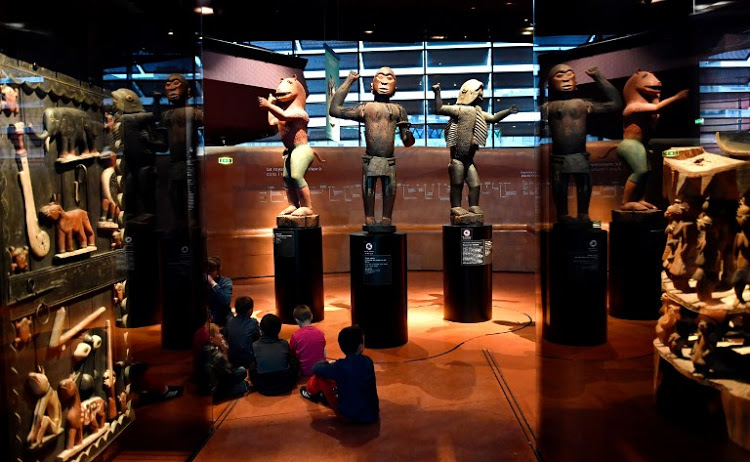 Half-man, half-beast, the tall African statues dominate a busy gallery in Paris’ Quai Branly museum. But few of the visitors are aware they are looking at what might be considered stolen goods.

The three imposing wooden carvings were plundered by French troops in 1892 from the kingdom of Dahomey — modern-day Benin.

“I came here to learn about how these objects were intended to be used, more than how they were brought here,” said Michael Fanning, a student from New Orleans, peering up at the statues.

“But it does make me think we should give them back to whoever made them.”

From London to Berlin, Europe’s museums are packed with hundreds of thousands of colonial-era items. Increasingly, they are facing the awkward question of whether they should be there at all.

The “Scramble for Africa”, as Europe’s 19th-century land grab came to be known, brought with it a clamour for trinkets from conquered territories, so exotic to the eyes of the colonisers. 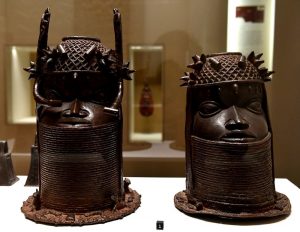 Heads of a Royal ancestor, arts of the Kingdom of Benin of the end of the 18th century are on display on June 18, 2018 at the Quai Branly Museum-Jacques Chirac in Paris. Benin is demanding restitution of its national treasures that had been taken from the former French colony Dahomey (current Benin) to France and currently are on display at Quai Branly, a museum featuring the indigenous art and cultures of Africa. / AFP PHOTO / GERARD JULIEN

Bought, bartered and in some cases simply stolen by soldiers, missionaries and anthropologists, they ended up in museums and private collections all over Europe.

The controversy is hardly new, nor does it concern Africa alone.

Star lawyer Amal Clooney, wife of Hollywood actor George, has advised Athens on its bid to reclaim the Parthenon marbles, vast sculptures which have been in Britain since the 1800s.

The massive Koh-i-Noor diamond, part of Britain’s crown jewels and claimed by India, Pakistan, Iran and Afghanistan, is another spectacular example.

But in Africa, a speech by French President Emmanuel Macron has spurred hope that things may be about to change.

He charged two experts with working out how to give African artefacts back within five years, prompting speculation that museums across Europe could be pressured to follow suit.

“Suffice to say that he’ll have made European curators quake in their boots,” said Pascal Blanchard, a historian of French colonialism.

French art historian Benedicte Savoy, one of the experts appointed by Macron along with Senegalese writer Felwine Sarr, described her new job as “a hell of a challenge”.

Museums have long wrestled with a tangle of legal and ethical problems concerning who really “owns” such objects.

Even in well-documented cases of pillaging, the law often prevents countries from giving them back.

Last year France flatly refused Benin’s bid to reclaim its treasures, saying they were exempt from seizure as state property.

European conservationists have also raised practical concerns, worrying artefacts could be stolen or handled improperly if given to inexperienced museums in politically unstable countries.

Blanchard said countries like Nigeria, with well-established museums, had “all the ingredients for solid restitution claims”.

But others as poor as Chad “do not currently have the museums and cultural heritage services capable of restoring and displaying these objects”, he said.

Yet many African officials say these treasures should be at home, attracting tourists and boosting national pride.

Few cases inspire more outrage than the Benin bronzes, hundreds of exquisite metal plaques seized in 1897 by British troops from the Kingdom of Benin, in modern-day Nigeria.

Most are now in the British Museum and the Ethnological Museum of Berlin.

For Crusoe Osagie, spokesman for the governor of Nigeria’s Edo State, it is simply wrong that his children must go to Britain or Germany to see their heritage in a glass-fronted cabinet.

“These objects belong to us and were forcefully denied to our possession,” he told AFP.

As for suggestions that Africans might not look after such objects, he finds the idea insulting. 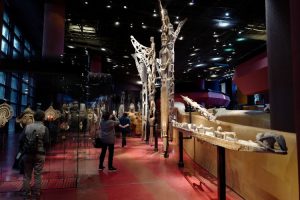 People visit the Quai Branly Museum-Jacques Chirac where some 300,000 works originating from Africa, the Middle East, Asia, Oceania and the Americas are displayed on March 15, 2018, in Paris / AFP PHOTO / Ludovic MARIN

Some colonial-era artefacts have been handed back over the years on an ad hoc basis, and UN cultural agency UNESCO has mediated successfully in several disputes since the 1970s.

European and US museums have also been meeting with Nigerian officials since 2007 seeking a solution for the Benin bronzes, but with few results.

The idea of loaning the bronzes, as well as Ethiopian items displayed in Britain, has been floated, but some African officials are affronted by the suggestion of “borrowing” what they see as their own property.

For want of better solutions, many museums are simply trying to approach the issue more sensitively.

German museums have taken a lead — mindful of their previous experience with Jewish-owned artworks looted by the Nazis.

At Berlin’s new Humboldt Forum, labels are set to include details of how colonial-era items came to be in the collection.

And Hamburg’s MKG museum is running an exhibition which focuses not so much on its three Benin bronzes, but the fact that they were looted.

“We are not afraid to show something which is not a beautiful story,” she said.

What Should Be Done with Tanzania’s Stockpile of Captured Elephant Ivory? 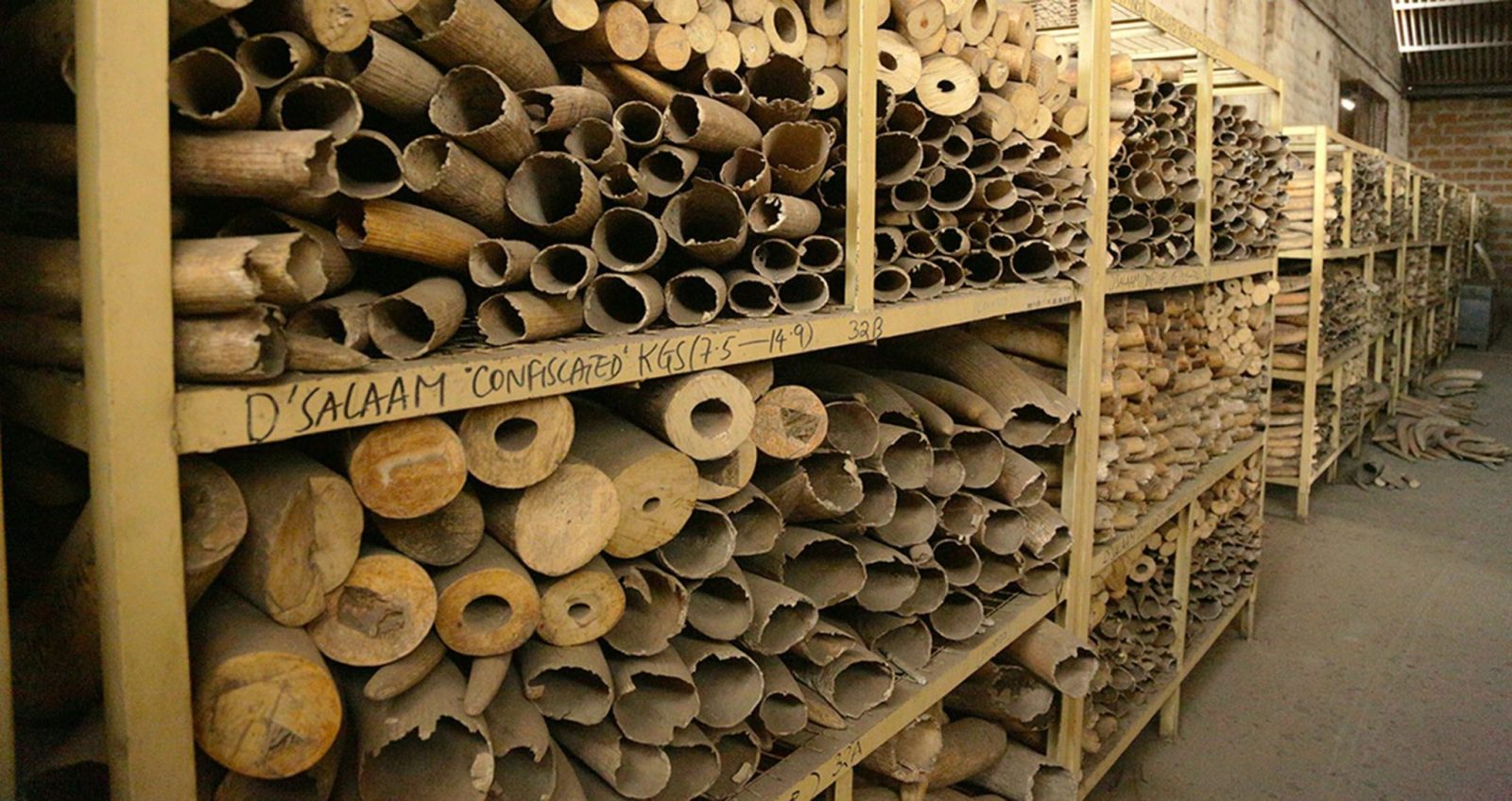 Tanzania’s 120 metric tons of stockpiled ivory, accumulated over the last 23 years is valued at over $50 million and its ”ivory room” warehouse is a grim memorial to the dramatic decline of Africa’s elephant population.

In July 1989, Kenya issued a call-to-action to alert the world to a poaching crisis. Then President Daniel arap Moi, together with then Executive Director of Kenya Wildlife Service Dr. Richard Leakey, burned 12 tons of ivory stock.

In September of that year, the Convention on International Trade in Endangered Species (CITES) secured an agreement among its member states to ban all international trade in ivory. But, under pressure from countries in Asia and southern Africa, CITES sanctioned two sales of ivory, in 1999 and 2008—stimulating poaching across the elephant range and ivory smuggling across the world. 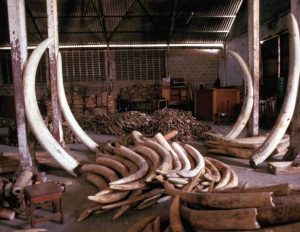 In 2011, Kenya again drew attention to poaching deaths when President Mwai Kibaki set fire to more than 5 tons of ivory tusks and trinkets.

Unlike Kenya, Tanzania, one of the poorest countries in the world, has not agreed to burn its stockpile of ivory, arguing that the money from a sale could support conservation efforts. However, Tanzanian officials say that if an international agency were to buy the tusks with the intention of burning them, they would eagerly sell them. Tanzania asked CITES for an exception to the ivory ban for such a sale, with proceeds used only for conservation efforts, but they withdrew their request in early 2013.

Cameroon Isn’t The Only African Country That Allows External Voting 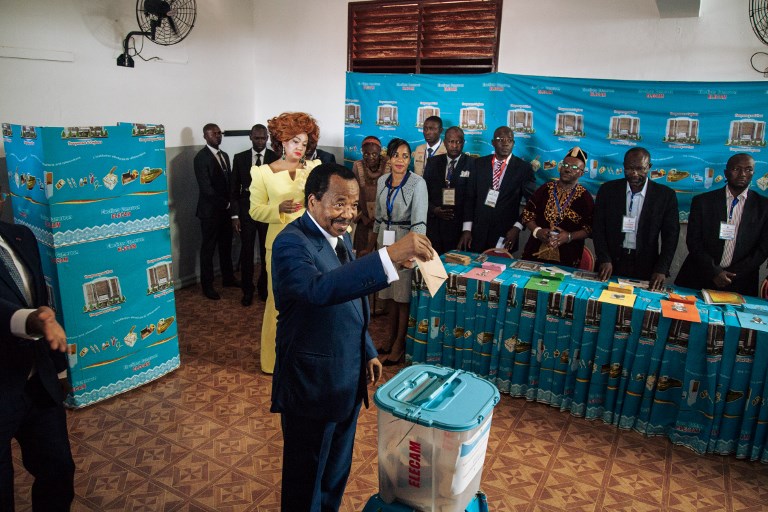 Thanks to a law passed in 2011, millions of Cameroonians living abroad are licensed to exercise their civic duty on Sunday, October 7 as the country goes to the polls to decide its leader for the next seven years. Incumbent Paul Biya, seeking a seventh term in office, faces eight opposition candidates amidst nationwide unrest, but the 85-year-old authoritarian remains the perennial favourite to win.

The Cameroon elections and the upcoming general elections in neighbouring Nigeria have put the subject of external voting in Africa on the radar. At present, 33 of Africa’s 55 countries allow their citizens to vote from abroad.

The latest data from the International Institute for Democracy and Electoral Assistance shows that of the 33 countries, most require voting in person with only eight permitting voting through a personal proxy. One country, Zimbabwe, accepts votes by post, but electronic means of voting such as fax and e-voting are not in use by any African country.

While countries like Cameroon, South Africa, Ghana and Kenya allow external voting for presidential, legislative and/or referendum polls, Nigeria is a notable exception. The West African nation has no provision for its large foreign-based population to vote away from home.