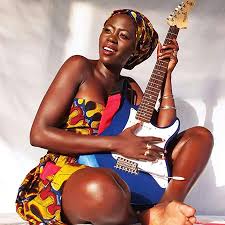 Esther Akoth, popularly known as Akothee, is a Kenyan Musician and businesswoman.She is the founder of Akothee Safaris ( a tour company based in Kenya), Akothee Foundation, Aknotela and Akothee Homes, a real estate business. Akothee’s career in music started in 2008 and she has since released many solo titles as well as collaborations with popular artists, including Diamond Platnumz. She has also scooped several awards at home and abroad. They include African Muzik Magazine Awards, AFRIMMA – Best Female Artist (East Africa) 2016. African Muzik Magazine Awards, AFRIMMA – Best video. African Entertainment Awards USA – Best Female Artist.

She has a networth of about $10 million.

Nyong’o made her Broadway debut as a teenage orphan in the play Eclipsed (2015), for which she was nominated for a Tony Award for Best Actress in a Play. She went on to perform a motion capture role as Maz Kanata in the Star Wars sequel trilogy (2015–2019) and a lead voice role as Raksha in The Jungle Book (2016). Nyong’o’s career progressed with her role as Nakia in the Marvel Cinematic Universe superhero film Black Panther (2018) and her starring role in Jordan Peele’s critically acclaimed horror film Us (2019).

In addition to acting, Nyong’o supports historic preservation. She is vocal about preventing sexual harassment and working for women’s and animal rights. In 2014, she was named the most beautiful woman by People. Nyong’o has also written a children’s book named Sulwe (2019), which became a number one New York Times Best-Seller. Also in 2019, Nyong’o narrated the Discovery Channel docu-series Serengeti, which earned her a Primetime Emmy Award nomination for Outstanding Narrator. Nyong’o was named among Africa’s “50 Most Powerful Women” by Forbes in 2020

Lupita Nyong’o’s Net Worth, is perceived to be an estimate about of $8 million.

Judith Nyambura Mwangi was born 30 April 1986 and is better known by her mononym Avril. She iss a Kenyan singer-songwriter, actress and entertainer. She was formerly signed to Ogopa Deejays, one of the leading music production and record labels in Kenya. As a singer, she is popularly known for her singles “Mama”, “Kitu Kimoja”, “Chokoza” and “Hakuna Yule”. As an actress, she is best known for playing Miss B’Have on Shuga: Love, Sex, Money (2012). Avril’s contributions to the Kenyan entertainment industry have earned her one Nzumari Award, one Kisima Music Award, one Golden Mic Award and two Chaguo La Teeniez Awards.

Vera Sidika Mung’asia born 30 September 1989, is a Kenyan television and social media personality, celebrity, video vixen entrepreneur, and socialite. Born and raised in Mombasa, Sidika gained media attention in her career when she appeared in P-Unit’s single, “You Guy”, released in 2012. She has been voted as one of Africa’s and East Africa’s top video vixens. She is regarded as one of Kenya’s most controversial women due to her extraordinary and lavish lifestyle and unique opinions about life in general. In 2015, she and her fellow socialites began to appear in the reality television series Nairobi Diaries.

Vera Sidika net worth is estimated at $2.5 million.