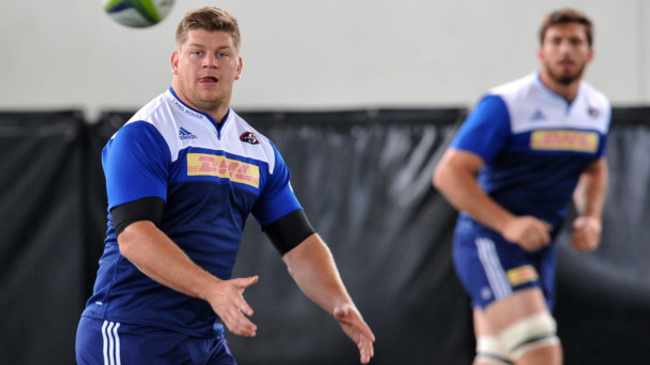 Scotland’s rugby coach, Gregor Townsend, has named two South Africans among his 40-man squad for the conclusion of the 2020 Six Nations and newly-launched Autumn Nations Cup.

According to Scottish Rugby, which made the announcement on Monday, South African-born prop Oli Kebble and winger Duhan van der Merwe have qualified through residency.

Also in Townsend’s squad are Harlequins scrum-half Scott Steele, who moves up to the senior squad after representing Scotland at under-20 level, London Irish flanker Blair Cowan, who won his last Scotland cap in 2016, and Harlequins centre James Lang, who last featured in mid-2018.

“We are very much looking forward to coming back together as a coaching and playing group after such an unprecedented and challenging period in our sport and across society in general,” said Townsend in a media release naming the squad.

“There was a strong feeling that we were growing as a team during the Six Nations earlier this year, making progress from game-to-game as well as building closer bonds within the squad. Our aim is to keep this momentum going as we take on Georgia and Wales before competing in the Autumn Nations Cup in November.”

Scotland begin their test programme at Murrayfield against Georgia on October 23 before facing Wales in Llanelli on October 31 in the rescheduled 2020 Six Nations fixture.

The new Autumn Nations Cup begins in November with Scotland in Group B up against France, Fiji and Italy.

SA-born Duhan van der Merwe has been named in the Scotland squad.

Related Topics:rugbyScotlandSouth Africa
Up Next 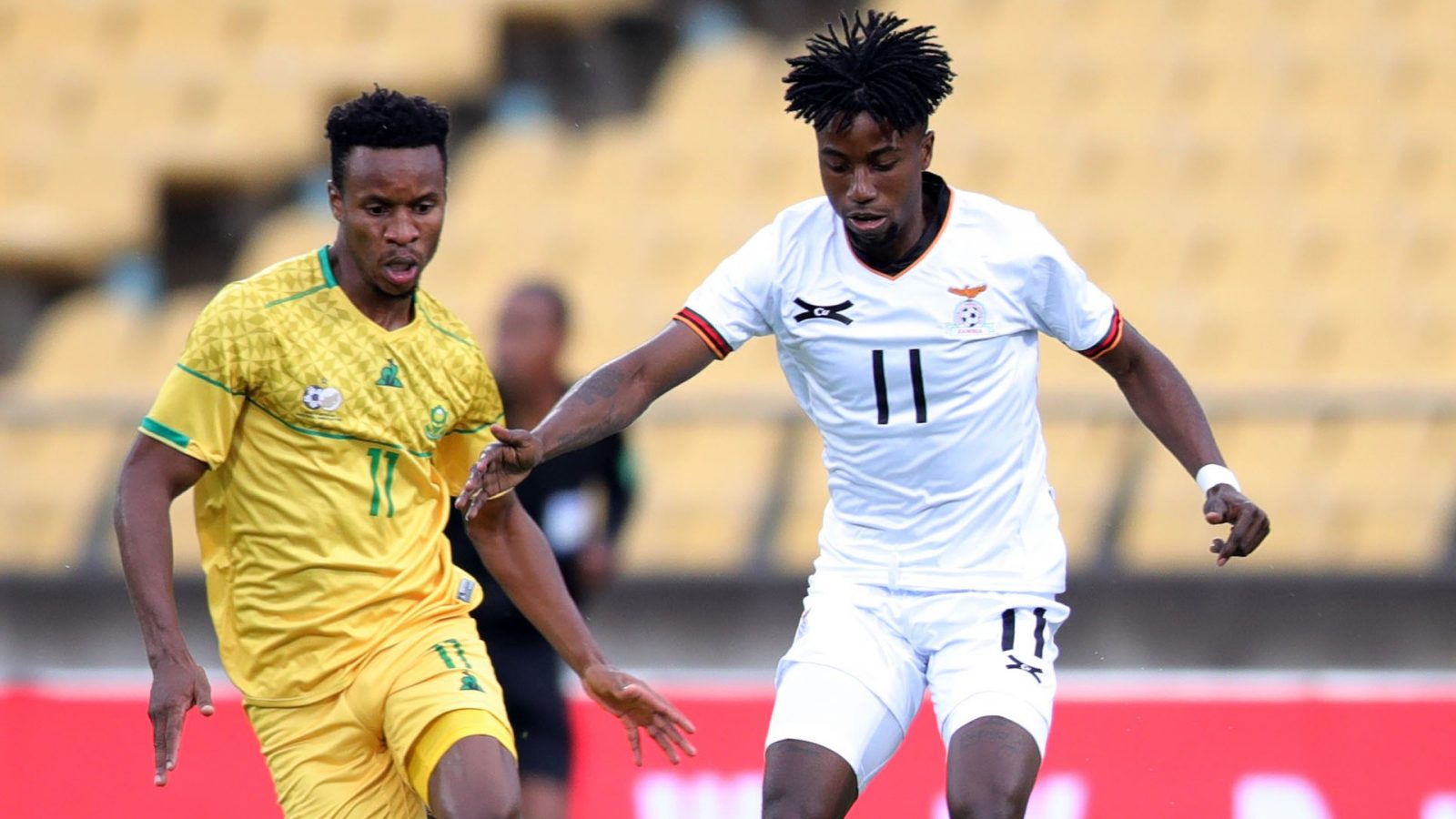 Visiting Chipolopolo of Zambia on Sunday defeated South Africa 2-1 at the Royal Bafokeng Stadium in an international friendly.

Bafana Bafana had taken the lead in the 66th minute courtesy of a Keagan Dolly’s strike. But the Coach Milutin “Micho” Sredojevic-led Zambians fought back to win this encounter through goals from Kelvin Kampamba (78th minute) and Chaniza Zulu (82nd minute).

After the Sunday game, South Africa’s coach, Molefi Ntseki, explained that Lyle Foster’s injury in the second minute of this friendly contributed to the defeat and unravelled his plans.

“If you lose a player in the second minute of the game it messes up everything‚” he said in his postmatch interview.

“It was a very big setback to lose Lyle in the beginning of the game. The plan was not to make substitutions as early as we did and that did not give us the rhythm we were looking for because we kept on giving the ball away‚ even in the first half.

“We played like a team with no confidence‚ that is what really killed the momentum and the rhythm of the team … we gave away too many corner kicks very early in the game. If you experience those situations … confidence becomes a bit of a challenge.”

The Bafana Bafana next game comes in November when they play Sao Tome and Principe in a 2021 Africa Cup of Nations qualifier.

The friendlies against Namibia and Zambia served as preparations for this crunch qualifier and it remains to be seen whether they boosted Ntseki’s plans. 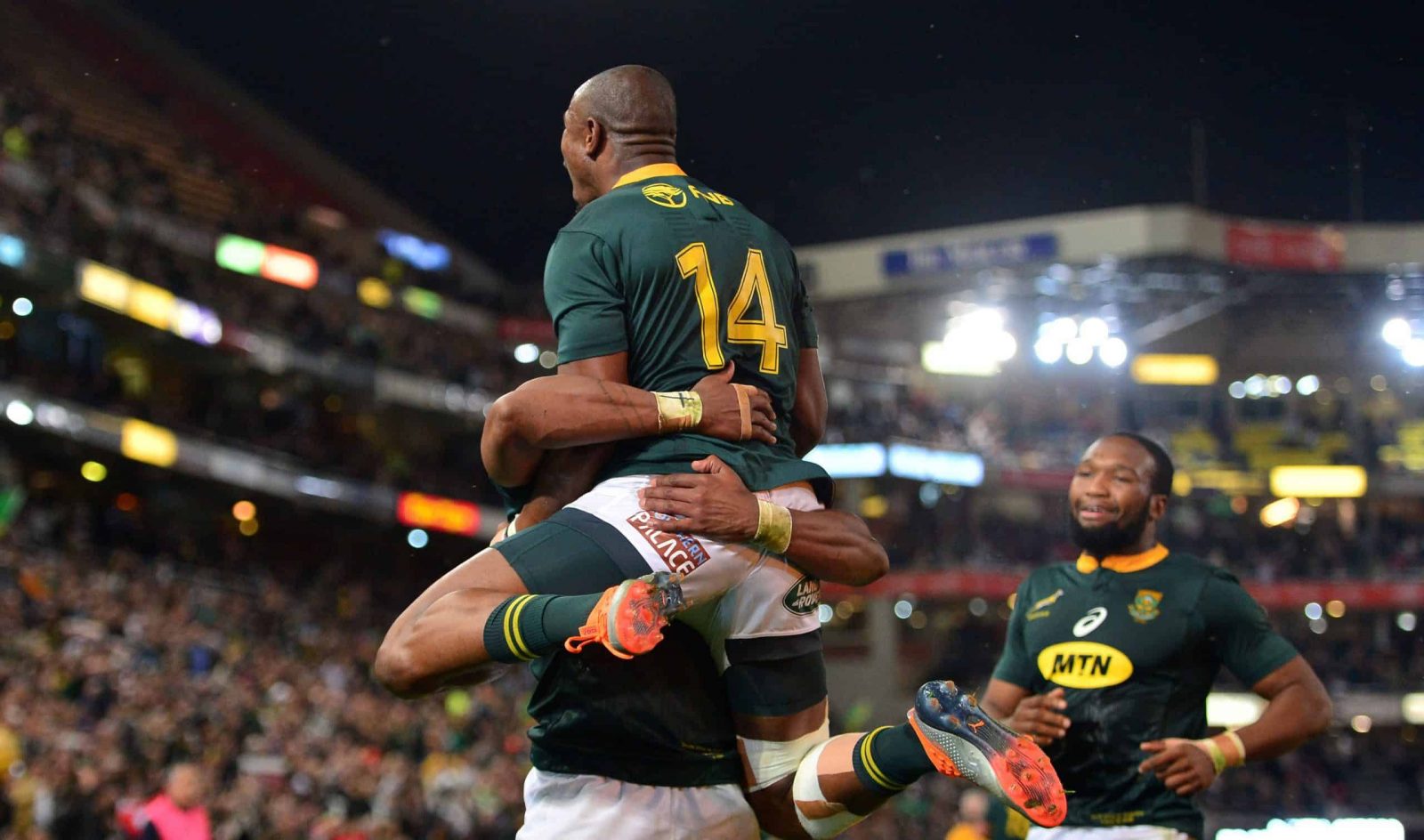 South Africa’s Director of Rugby, Rassie Erasmus is set to confirm if the Springboks will be involved in this year’s Rugby Championship by the end of the week.

The Springboks are still waiting for clearance from the government to travel internationally, but Erasmus expects answers this weekend.

There are suggestions that the Springboks may pull out of the four-nation event in Australia, as the team have not played a lot of games this period.

“We are a long way off in terms of fitness and match readiness from where we were at the World Cup,” Springbok captain Siya Kolisi admitted.

With SA Rugby taking a revenue hit this year, they are eager for the Springboks to enter the Rugby Championship.

The Springboks will be afforded a handful of matches to attain full match fitness.

“We have to take rugby considerations into account and also weigh up the potential commercial losses if we do not play,” said SA Rugby CEO Jurie Roux.

The Springbok team management held the Green vs Gold match with the purpose of improving the match fitness of the players.

“A number of players in this game came into the Springbok set-up as rookies earlier in their careers – guys such as Siya Kolisi, Frans Steyn and Elton Jantjies, to name a few – and they have mentioned the positive effect working with experienced players as youngsters had on their rugby careers,” Nienaber said.

“The young ones and new players in both camps brought a lot of energy and enthusiasm into the mix because they were super excited to be involved and to learn and absorb whatever was happening around them. So, from that point of view it was definitely a very worthwhile exercise.

“Now they have a real taste of what the Bok environment looks and feels like. Although the match was not a spectacle, I think especially the young ones will look back with lots of good memories and we hope they return to their franchise teams eager to implement what they’ve learn.”

The Springbok coach Jacques Nienaber said that the match was a worthwhile exercise.

The Springboks would seemingly be able to reinforce their ranks with players based in the northern hemisphere where the seasons have resumed with a few disruptions. Springbok wing Cheslin Kolbe was named player of the month for September after and inspired start to the Top 14 season. 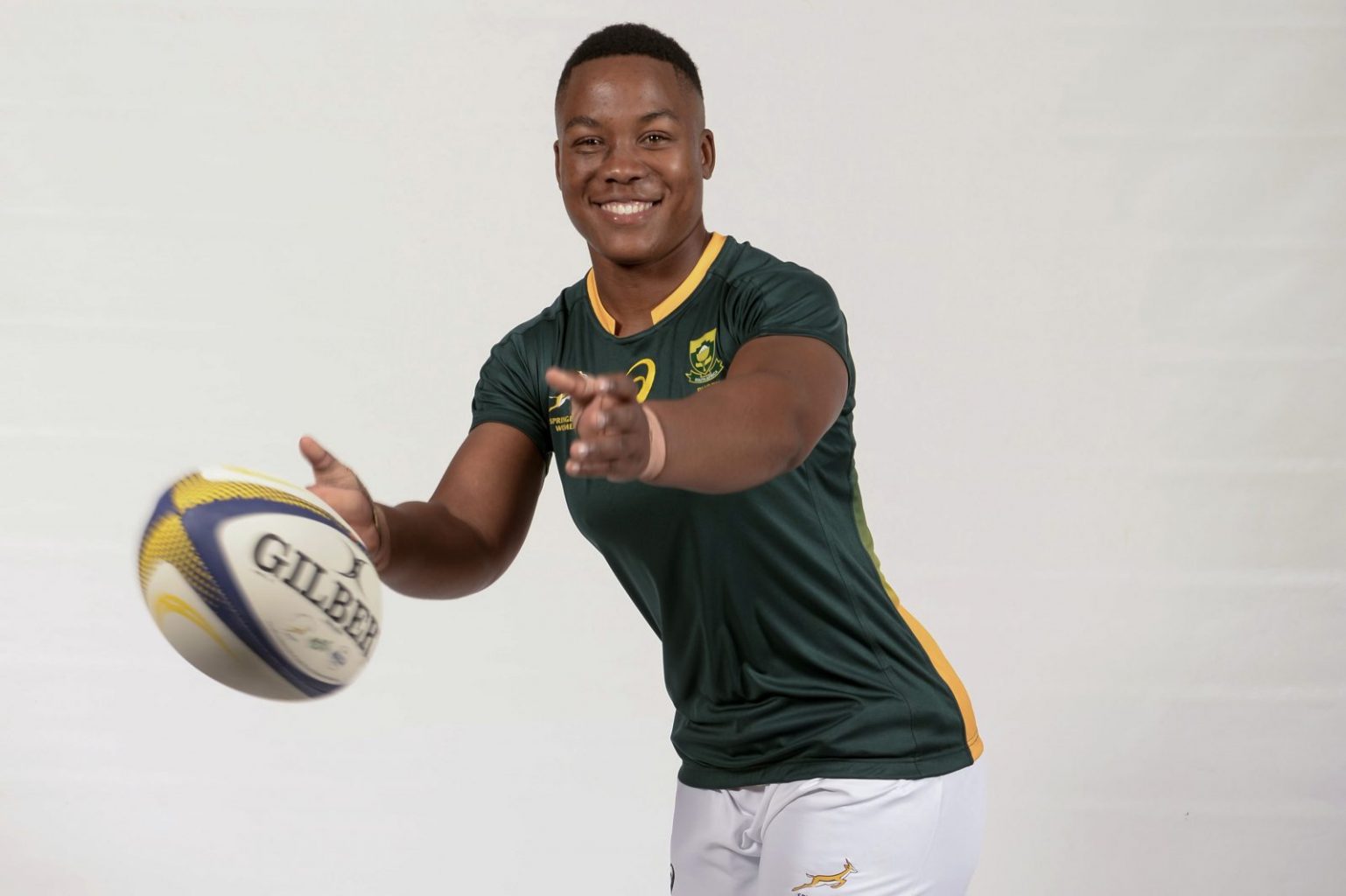 Springbok Women’s prop Babalwa Latsha has been named among 12 leading women in rugby on the African continent as Rugby Africa unveiled its list of 12 #Unstoppables who have been a beacon of inspiration to women in the game on Monday.

Latsha, who made history earlier this year by becoming the first local 15-a-side rugby player to sign a professional contract when she joined Spanish club SD Eibar Femenino, was the only South African in the group, which features coaches, a board member, referee and club president, among others.

The 26-year-old Latsha has been a pillar of strength in the Springbok Women’s team since making her Test debut on the team’s UK Tour in 2018, and her leadership skills saw her captain the team in 2019 in the Rugby Africa Women’s Cup – which doubled up as the 2021 Rugby World Cup Qualifier – and the incoming Tests against Spain and Scotland in the absence of regular captain Nolusindiso Booi, who was injured last season.

A total of 60 women from 19 countries impressed the judges, but in the end only 12 dynamic women made it onto Rugby Africa’s list of #Unstoppables.

“Congratulations to Babalwa for being named as one of the Rugby Africa Unstoppables,” said SA Rugby CEO and Rugby Africa Secretary General, Jurie Roux.

“To be named among 12 leading women in rugby on the entire African continent is nothing short of remarkable, and given Babalwa’s achievements in the last two years, this recognition is well deserved.”

Latsha was thrilled about the achievement and said it was a great honour.

“It’s always a privilege to represent my nation and country in rugby, and being named amongst 12 powerful women in the sport is in itself is very empowering – not only to me but also for young women in Africa,” said Latsha.

“Rugby is rapidly growing on the continent and it is wonderful to be part of that. My message other women in rugby is that the sport is a phenomenal vehicle to change one’s life.

“So put in as much effort and work as you can to make your dreams come true, and enjoy your rugby as much as possible.”

Rugby Africa President, Mr Khaled Babbou, was excited to launch their #Unstoppables campaign and said: “We want to do something very impactful and sustainable for all women in rugby on the continent to get players, fans and sponsors interested in the game.

“Our goal is to uplift the ‘Unstoppables’ and the women in rugby beyond this campaign. We have a long-term vision and commitment.

“Africa is a big rugby market as the latest Nielsen report shows, conducted by World Rugby, and one of the fastest growing markets in the world.

“It is such an untapped market in terms of athletic potential, growth opportunities and market penetration – especially for the women. As the individual stories of the campaign show, there are really strong women coming out of Africa.”