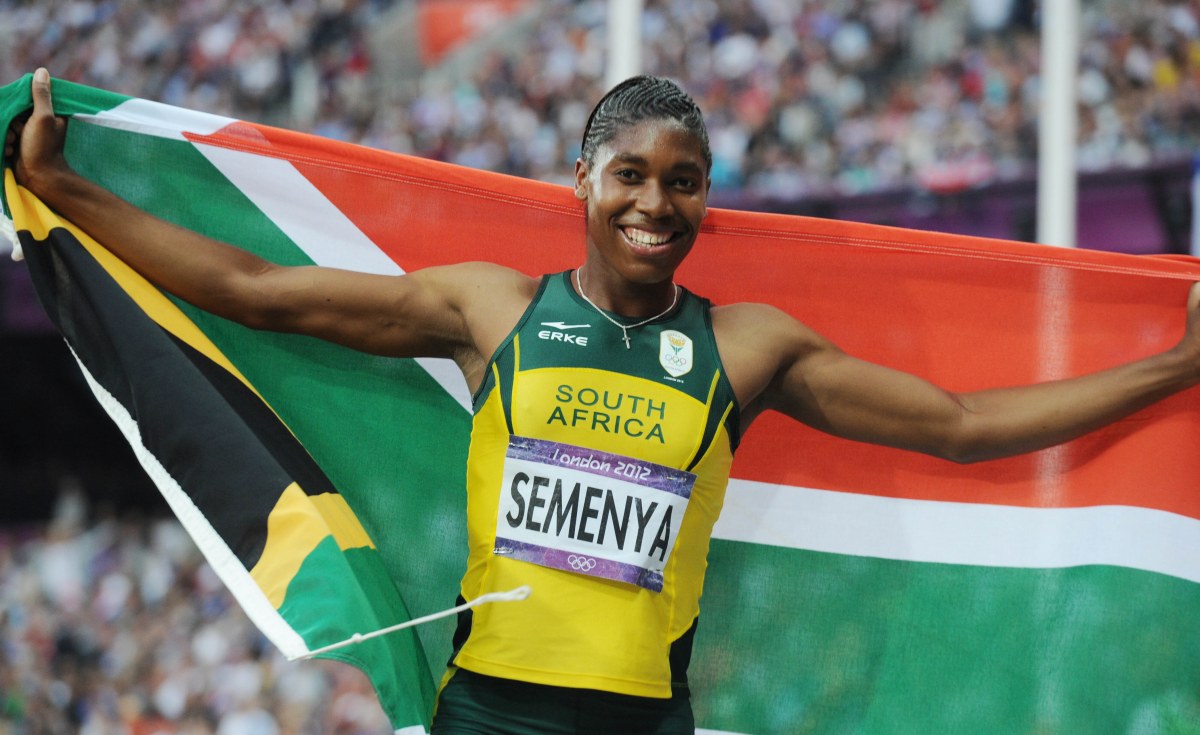 South African Minister of Sport, Arts and Culture Nathi Mthethwa has called on all South Africans, Africans and the entire world to support Caster Semenya as it seeks to defeat injustice against women in sport, particularly African women.

Mthethwa made the call following the recent decision of a Swiss Federal Tribunal to uphold a ruling by the Court of Arbitration for Sport (CAS) regarding the World Athletics (formerly IAAF) regulations on female athletes with differences in sexual development (DSD).

The current rules force athletes with DSD to take drugs to reduce their naturally-occurring testosterone if competing in women’s events ranging from 400 metres to a mile.

DSD athletes with naturally high levels of testosterone need to medically limit that level to less than 5 nmol/L, double the normal female range of below 2 nmol/L.

Olympic 800-metre women’s champion, Semenya had approached the Swiss Federal Tribunal in May 2019 after the CAS ruling but the tribunal has found that the requirement of subjecting certain female athletes to drug or surgical interventions as a precondition to compete does not amount to a violation of Swiss public policy.

This ruling is another blow for the 29-year-old, who will be unable to defend her Olympic title at the postponed Tokyo 2020 unless she takes medication.

The statement from the Swiss Federal Tribunal after its decision also suggested the rules looked after the interests of female athletes.

“Based on these findings, the CAS decision cannot be challenged,” it said.

“Fairness in sport is a legitimate concern and forms a central principle of sporting competition.

It is one of the pillars on which competition is based.

“The European Court of Human Rights also attaches particular importance to the aspect of fair competition.

“In addition to this significant public interest, the CAS rightly considered the other relevant interests, namely the private interests of the female athletes running in the ‘women’ category.”

The governing body has been criticized by human rights organizations, however, including Human Rights Watch and the Office of the United Nations High Commissioner for Human Rights.

The World Medical Association has also requested that doctors do not implement the World Athletics regulations, questioning the ethics of the decision.

Mthethwa described the decision as “very unfortunate and offensive to the fundamental human rights of female athletes classified hyperandrogenic.”

According to him, the regulations are not only a violation of human and women rights, but their administration is considered unethical by experts in the field of medical science.

“Both the South African government and the global sporting community always held a firm view that these regulations are a gross violation of fundamental human rights of DSD female athletes and therefore rallied behind the appeal by both Semenya and Athletics South Africa (ASA) in their legal tussle with the IAAF,” Mthethwa said in a statement.

“We, therefore, rally behind the appeal by both Semenya and Athletics South Africa (ASA) in their legal tussle with World Athletics.

“As the Government of democratic South Africa, a country renowned for its tradition of promoting and protecting basic human rights, together with ASA, we will study the judgment and consider various options and avenues at our disposal in our collective campaign to fight this injustice.” 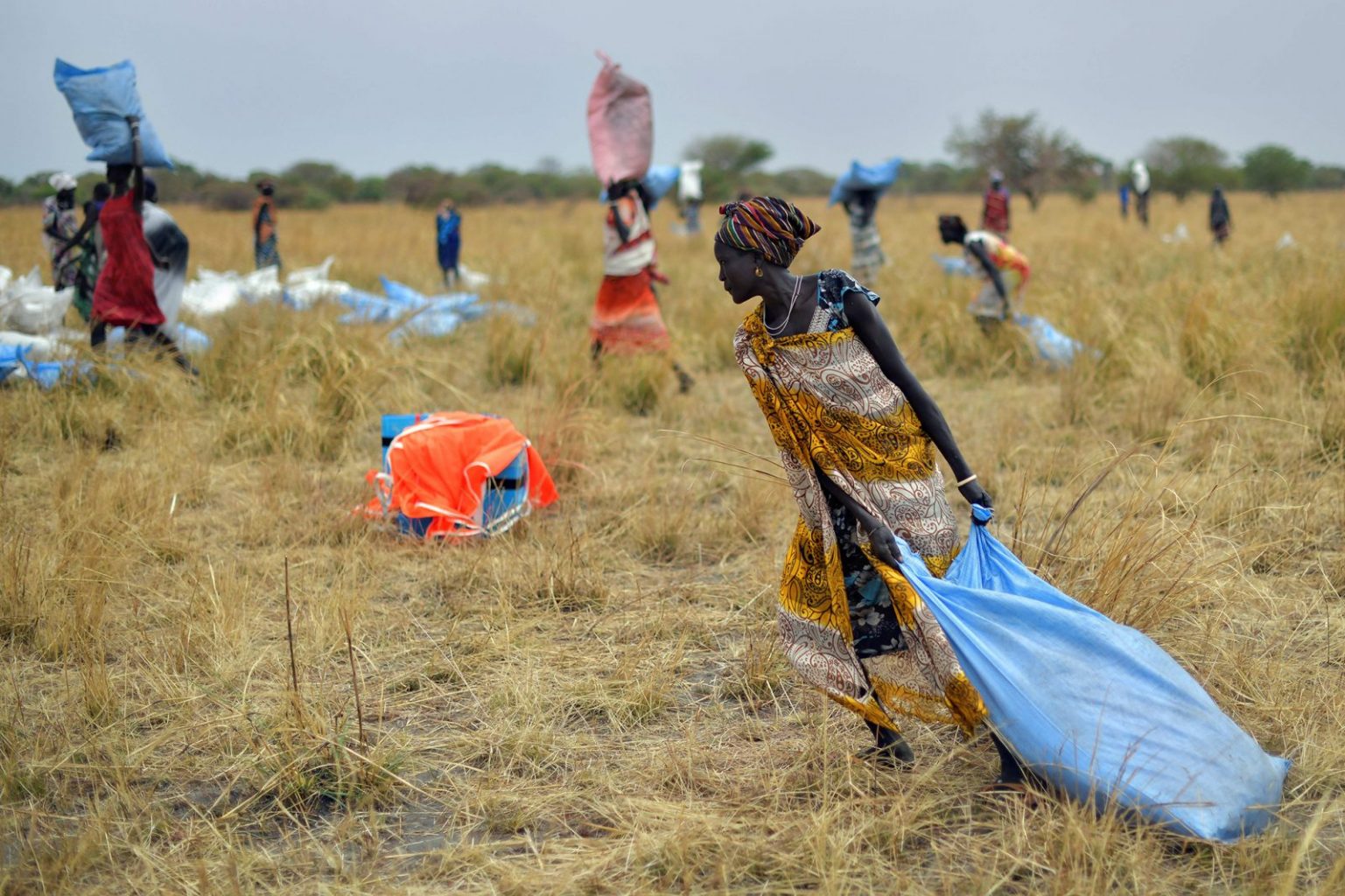 Zimbabwe on Monday it has put in place an active response to food and nutrition insecurity in rural areas where it will support 5.4 million vulnerable people.

Information, Publicity and Broadcasting Services Minister, Monica Mutsvangwa, said that after the 2019 Cyclone Idai and the COVID-19 outbreak, the Zimbabwean government had increased its support to vulnerable groups.

“In spite the natural disasters experienced by the country such as droughts, Cyclone Idai and COVID-19, Government has put in place an active response to the prevailing food and nutrition insecurity among rural livelihoods.

“The government had increasing its support to 76 per cent in 2020, up from 73 per cent in 2019,” the minister was quoted as saying by The Herald newspaper.

“This is mainly through supporting the vulnerable groups by distributing food aid and cash transfers, removing restrictions on food importation such as the removal of import duty on maize and wheat, and cooking oil, among other basic commodities,” Mutsvangwa added.

She said the government had put in place food subsidies through continued implementation of social protection measures.

Mutsvangwa recognised the role played by development partners, but said the government remains the biggest contributor in ensuring food security.

“Government has also remained the major source of crop inputs and food support, contributing 48 per cent in that regard.

“Development partners’ support has also increased from the traditional 13 per cent to 33 per cent.

“The combination of efforts by government and development partners has seen the majority of districts receiving food aid to support the population ZIMVAC has projected to be food insecure,” she said, referring to the Zimbabwe Vulnerability Assessment Committee. 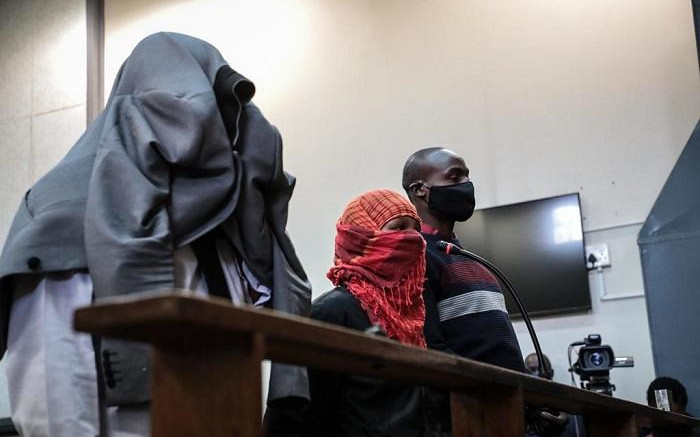 Magistrate David Mhango decision on Monday brought shouts of jubilation and clapping of hands to those at the Protea Magistrate’s Court.

The policemen – Simon Ndyalvane, 46, constable Caylene Whiteboy, 23, and sergeant Foster Netshiongolo – failed to forward exceptional circumstances as to why they needed to be released on bail, the Magistrate said.

Ndyalvane and Whiteboy face charges of murder, discharging of a firearm in a public place, being in possession of prohibited ammunition and defeating the ends of justice.

Netshiongolo has been charged with defeating the ends of justice and being in possession of prohibited ammunition.

Last week, Whiteboy admitted in her affidavit read out by her lawyer, Jeff Maluleke, she was the one who fired the fatal shot.

She, however, alleged Ndyalvane, who is her senior officer, instructed her to pull the trigger.

Whiteboy claims when she fired the gun, she did know it was loaded with live ammunition.

Sixteen years old Julies was allegedly shot by a police officer in Eldorado Park. The officer later dumped him at Chris Hani Baragwanath Academic Hospital, where he died. His death sparked protests and a clash between residents and the police.

Speaking of the incident, Julius mother, Bridgette, said the officers acted “like they were killing a dog.”

“I went to identify him and to find him in that condition. It was so devastating. It was like they were killing a dog.

“On his chest, it looked muddy with blood and I was told that he was bubbling blood through his mouth and nose.

“My sweet loving boy is gone. Police should be protecting us and we must trust them but when such things happen it cuts deep.”

In giving his verdict, Mhango said Nathaniel died because he had been shot by Whiteboy and the teenager was not armed at the time.

“One can’t suspect that it was case of mistaken identity, this was a deliberate act to shoot the deceased,” he said.

Mhango also said Netshiongolo had been booked off sick on the day in questions. However, he took orders from Ndyalvane to go and plant ammunition at the scene of the crime and cover Nathaniel’s blood with soil.

“He was aware he was tampering with scene of crime

“He was not supposed to engage himself with any work activities on that day as he was sick,” he said.

Mhango said there was a likelihood the three would interfere with State witnesses should they be released on bail. Another reason he was denying them bail, he said, was because the community was also demanding justice.

The matter return to court on November 6. 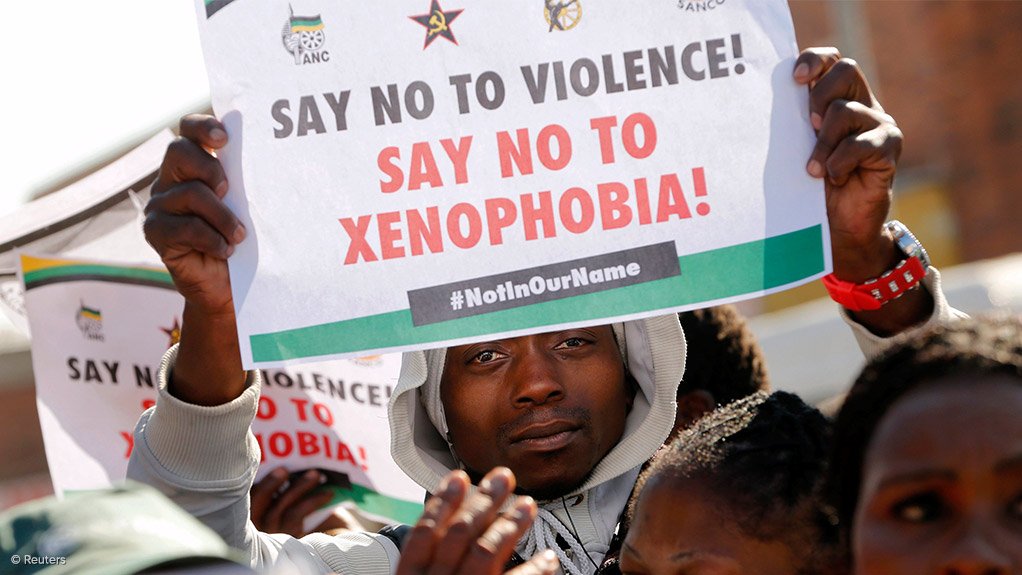 South Africans have taken to social media to show their displeasure at Nigerians, making NigeriansMustGo the top trending hashtag on Twitter in Africa’s most industrialised nation.

The hashtag on the microblogging platform comes days after a small protest was held outside the Nigerian High Commission in the capital, Pretoria, under the banner #PutSouthAfricansFirst.

Nigeria’s High Commissioner to South Africa, Bala Kabiru, said not all Nigerians in South Africa could be branded as criminals.

“We don’t accept the profiling of Nigerians in South Africa,” he was quoted by local as saying.

The latest hashtag has been partly fuelled by a report in local media that a police raid led to five Nigerians being arrested and charged with human trafficking after 11 women were found to be working as sex workers at brothels disguised as a bed-and-breakfast.

Last week, Digital Forensic Research Lab – which is made up of forensic researchers who track conflicts – said it had identified a dismissed lance corporal in the South African National Defence Force (SANDF) as running a fake Twitter account used to fuel xenophobia. The former soldier has not commented.

Some South Africans accuse immigrants of taking the jobs of locals, and of being involved in crime.

Others say that most immigrants are law-abiding, and should not be blamed for South Africa’s economic and social problems.