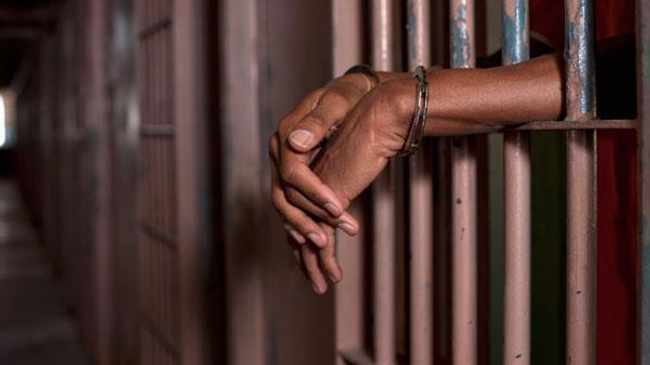 Khauta, a taxi driver, was jailed in 2018 by the Bloemfontein Regional Court for a rape committed on the night of September 27, 2015.

He and one other were said to have taken turns raping a woman, found parked at a secluded spot with her boyfriend. The boyfriend managed to flee after being shot in the stomach during a scuffle with the assailants.

After the rape, the duo disappeared with two cellphones belonging to the couple.

The couple could not identify the attackers because it was dark but Khauta, 38, was arrested almost 12 months later. He was charged with rape on grounds that DNA evidence linked him to the vaginal swabs drawn from the rape survivor.

He was also found in possession of one of the stolen cellphones.

In 2018, he was jailed for life on one count of rape, two counts of robbery with aggravating circumstances and one of attempted murder.

After his sentencing, Khauta launched an appeal on grounds that the DNA evidence that convicted him was compromised.

Judge Loubser upheld Khauta’s appeal against the count of rape, two counts of robbery with aggravating circumstances and one of attempted murder because police evidence on the cellphone was flawed because it did not indicate the dates he was found with the stolen property.

“We do not know whether he was in possession a few hours after the incident or only some months afterwards.

“On its own, the evidence relating to the cellphone therefore falls short of proving anything against the appellant,” Judge Loubser said.

Next to fall was the State’s major purported evidence against Khauta: the DNA results.

The DNA was presented to court in the form of an affidavit by Warrant Officer Eloise Reynolds, a forensic analyst from the Forensic Science Laboratory in Pretoria.

Judge Loubser found in favour of Khauta’s arguments that the DNA did not inspire confidence that it had been handled properly, nor that it was drawn from him and the rape survivor.

“In the absence of any further evidence, and in the absence of any further admissions made by the defence in the (regional) court, it is evident there are no indications whatsoever as to the identity of the persons from whom the forensic samples were obtained, under which numbers those respective samples were sealed, and how the sealed bags with the samples ended up in the hands of Warrant Officer Reynolds,” said Judge Loubser.

“Despite these glaring shortcomings, the trial magistrate found in his judgment that the DNA evidence had placed the appellant ‘right at the scene of the crime’. In this respect, the findings of the magistrate were wrong. As already indicated, it is not even known whether the one sample came from the complainant, and the other sample from the appellant.”

“The State must establish the name of each person who handled the evidence, the date on which it was handled and the duration,” Acting Judge Tebogo Djadje said, in her 2016 judgment.

Judge Loubser said: “I fully agree with the sentiments expressed by the learned acting judge. It follows that the conviction of the appellant, on all four counts, cannot stand.”

Related Topics:DNAFeaturedrapeSouth Africa
Up Next 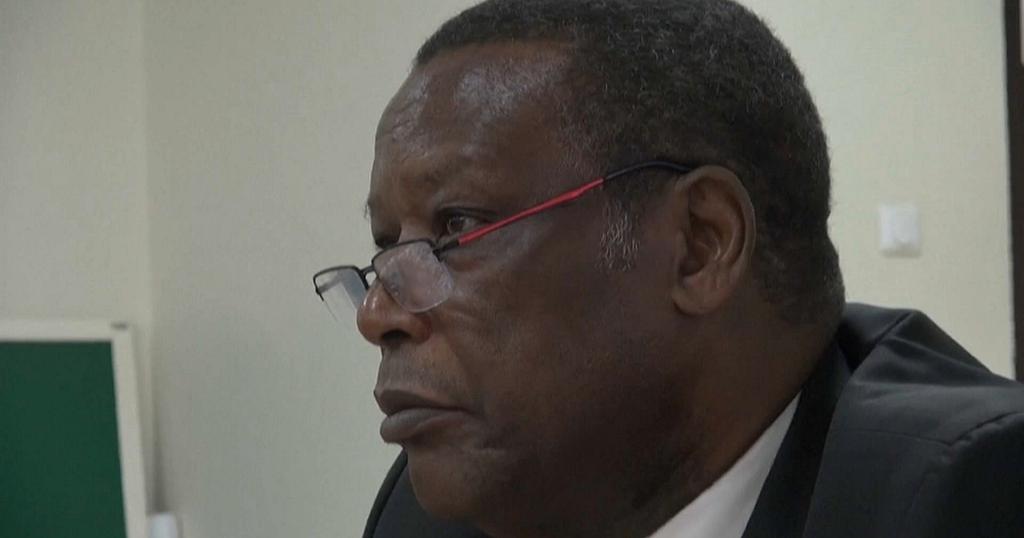 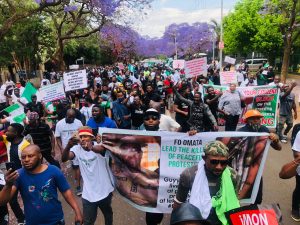 Thousands of Nigerians based in South Africa on Wednesday took to the streets of Praetoria in solidarity with youths in Nigeria who have been protesting police brutality and misgovernance in the last two weeks.

Led by the President of Nigeria Union South Africa (NUSA), Adetola Olubajo, they called on President Muhammadu Buhari, Inspector-General of Police and Service Chiefs to stand down the army and the police that were actually using excessive force so that there would not be more casualties.

The protesters marched to the High Commission of the Federal Republic of Nigeria in Arcadia, Pretoria, where the handed over a Memorandum to the high commissioner for onward transmission to the Presidency.

Part of the memorandum contained a 23-point list of what the youths want the government to do before they would call off the strike.

Olubajo said their protest, which had Nigerians from many provinces of that country, was peaceful and that another was organised in Cape Town where the High Commission is situated.

“The Nigerians in South Africa are standing in solidarity with the youth in Nigeria who have been protesting in the past two weeks.

“We have submitted a memorandum to the Presidency, the Senate and the House of Representatives, and we expressed our displeasure at the way the government is using the army to disperse peaceful protesters.

“It’s the right of every citizen to protest, and the protest has been peaceful until the army decided to open live fire on the protesters.

“We urge President Muhammadu Buhari and top security officers like the Inspector-General of Police and Service Chiefs to please stand down the army and the police that were actually using excessive force so that there would not be more casualties,’’ Olubajo said.

He said the government should listen to the youth and come out with a genuine roadmap and actions that would enable youths to trust them and believe that they are solving their problems.

“We are aware that government cannot solve all the problems just like that like a magician, but it needs to have genuine commitment that will enable the youth to trust the words of the government.

“And one of their demands is that the Federal Special Anti-Robbery Squad (F-SARS) should be disbanded and we have watched with consternation and followed the unpleasant scenarios in our country.

“Something should be done in order not to aggravate the situation. Government should carefully listen to the youth and critically analyse the current demands as it is elsewhere around the world.’’

Olubajo said the youth had expressed their frustrations at misgovernance and the insensitivity of the government to many burning national issues such as the strike by the Academic Staff Union of Universities (ASUU) and police brutality among others.

“Government should comprehensively look at these demands and address them as soon as possible.

“The Nigerian community in South Africa pledges its support and solidarity with Nigerian youths,’’ he said. 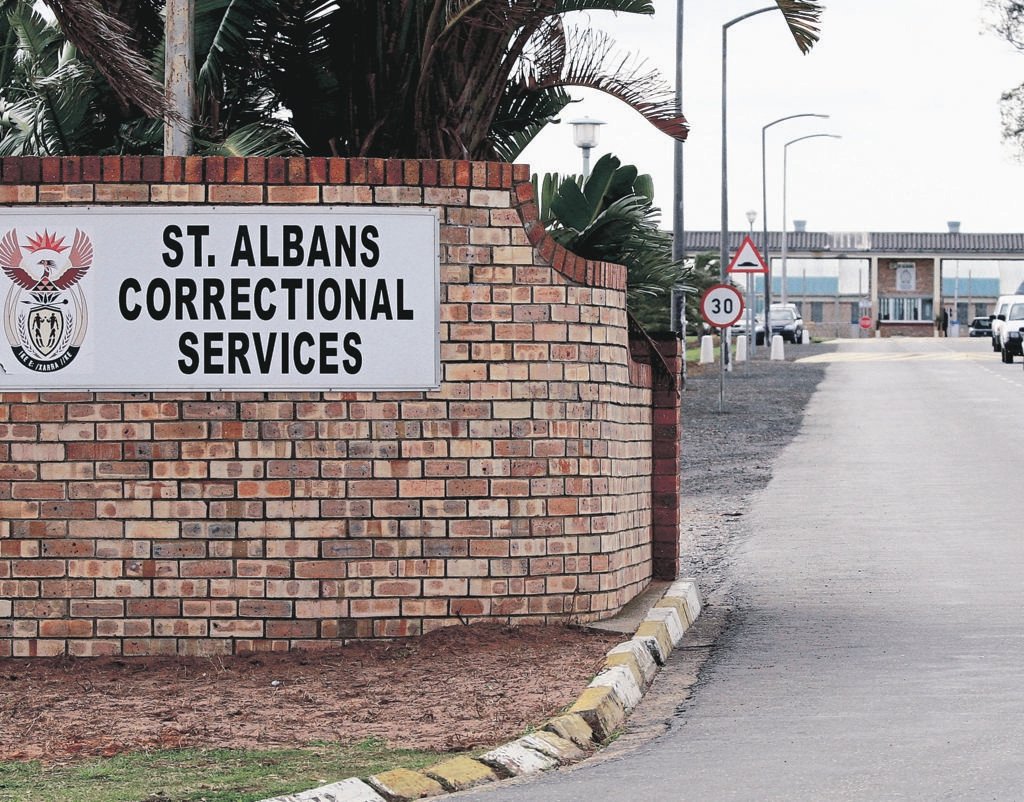