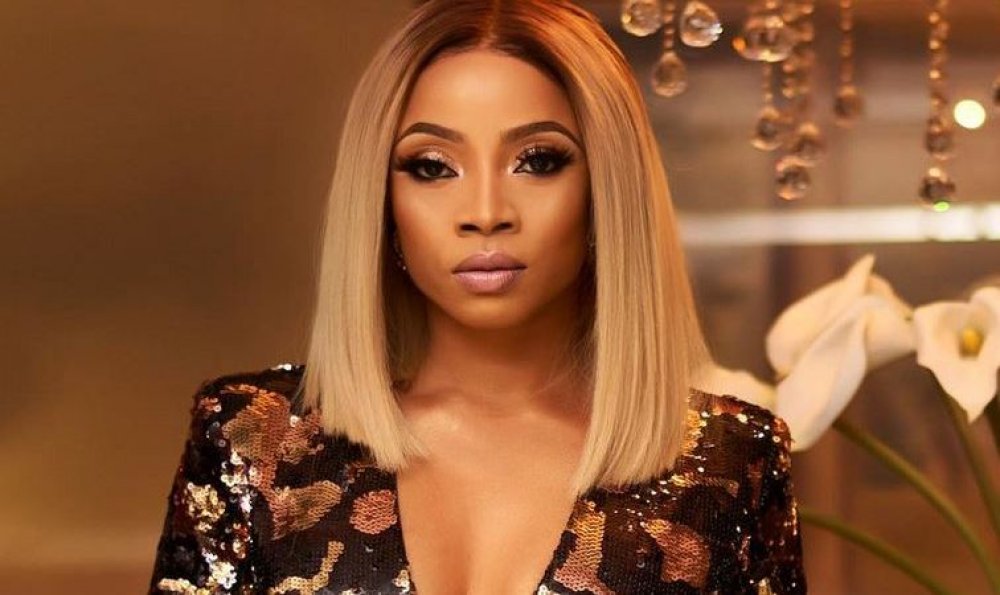 Media personality and YouTuber, Toke Makinwa has aired her thoughts on girls who received love from their dads and the effect it has on their romantic relationships.

According to her, girls like that are said to have little “daddy issues” and are most times in-charge of their emotional and mental state. She added that they can’t be “washed” by guys because they’ve heard everything needed from their father.

The author tweeted;
“If a girls first introduction to love is from her dad, chances of “daddy issues” are slimmer, her emotional well-being and mental stability is. Imagine a guy trying to wash you when all you’ve heard all your life from your father is you are awesome. Zero chance”

Toke Makinwa who is a Nigerian radio personality, television host, vlogger, lifestyle entrepreneur and author took to her Twitter page to air this thought.

She is known for hosting The Morning Drive on Rhythm 93.7 FM and for her YouTube vlog series Toke Moments. She released her book On Becoming in November 2016. She was born November 3rd, 1984.

In 2010, Makinwa made her major media debut on Rhythm 93.7 FM’s The Morning Drive show as a co-host. In 2012, she made a television appearance as host of the Most Beautiful Girl in Nigeria (MBGN) beauty pageant, which was broadcast live across Nigeria. She co-hosted Flytime TV’s 3 Live Chicks, along with Tosyn Bucknor and Oreka Godis.

The show debuted as a web series before expanding to terrestrial television in late 2012. Makinwa did not renew her contract with Flytime TV for the show’s second season and was subsequently replaced by her radio colleague Omalicha. In 2012, Makinwa launched her YouTube vlog series Toke Moments.

In January 2014, Hip Hop World Magazine announced Makinwa as the host of its interview and talk series Trending. She also secured a spot on EbonyLife TV as a co-host of its flagship show Moments. Makinwa has hosted numerous notable events, including the 2013 Future and City People Awards, as well as the 2014 Headies Awards.
The vlogger lost both her parents to a fire accident when she was 8 years old. She released her memoir On Becoming in November 2016. The book talks about her personal struggles and addresses the betrayal of her now ex-husband, Maje Ayida. Makinwa went on a book tour to promote the book. The tour included Nigeria, South Africa, the U.S, the U.K, and parts of East Africa.
In 2017, Makinwa launched a handbag line under her eponymous label, Toke Makinwa Luxury. She also launched a skincare product called Glow by TM in 2018.

In 2013, Makinwa became an ambassador of the United Africa Company of Nigeria, alongside Osas Ighodaro, Dare Art Alade and Dan Foster. She also signed a multi-million naira contract with Nestlé Nigeria to become the new face of Maggi. In 2016, she became the brand ambassador and face of Mecran Cosmetics. She has also been an ambassador for Payporte and Ciroc. In November 2019, Toke signed an endorsement deal as brand ambassador with Oppo mobile Telecommunications.