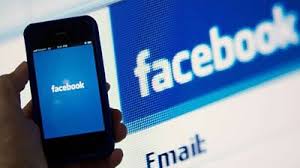 Facebook users in Uganda have reported the inability to access the social media app as the country braces for a tense election that has been marred with violent campaigns.

On Tuesday morning, just two days to the general elections, users said they could only access the social media site through a virtual private network (VPN).

This comes days after the Ugandan government through the Uganda Communications Commission (UCC) reportedly ordered all major telecom companies to block access to the iOS AppStore, Google Play Store and YouTube.

However, the Uganda Communication Commission (UCC) spokesperson, Ibrahim Bbosa said the slow internet may be attributed to heavy online traffic, millions of people around the world are interested in the elections.

“So far, there is no directive to switch off the internet.
If there are instances of misuse, the means of communication may be restricted. The slow internet could be a result of too much traffic online because many people around the world are interested in the elections,” Bbosa said.

Last week, the Minister of Defense and Veteran affairs Adolf Mwesigye and his Internal Affairs Counterpart Gen Jeje Odongo, told journalists in the capital Kampala, that government was working on the best possible ways to manage social media which they claimed has been misused in this election.

“We are now having a challenge of citizen journalism. Social media propaganda is certainly not in the best interest of this country’s security. We are looking for a way of dealing with it,” Mwesigye said on January 8.

The complaint by Facebook users in Uganda comes a day after the social media giants on Monday confirmed that it had shutdown certain accounts belonging to Ugandan government officials accused of seeking to manipulate public debate ahead of Thursday’s general elections.

“This month, we removed a network of accounts and pages in Uganda that engaged in Coordinated Inauthentic Behaviour to target public debate ahead of the election,” Facebook’s head of communication for sub-Saharan Africa, Kezia Anim-Addo, said.

“They used fake and duplicate accounts to manage pages, comment on other people’s content, impersonate users, re-share posts in groups to make them appear more popular than they were.”

Anim-Addo said the network was linked to the ministry of information and communications technology.

“Given the impending election in Uganda, we moved quickly to investigate and take down this network.”

This is the second election where Facebook users in Uganda will be denied access to the app.

In 2016, access to Facebook and Twitter were blocked by the government before former Prime Minister Amama Mbabazi who was then running against Mr Museveni popularized VPN.

Ugandans head to the polls on Thursday for presidential and parliamentary elections after a tense and bloody campaign, with President Museveni, 76, facing a stiff opposition from the popstar-turned-politician Bobi Wine, 38.

Related Topics:#socialmediaelectionsFeaturedUgandaMuseveni.Bobi Wine
Up Next 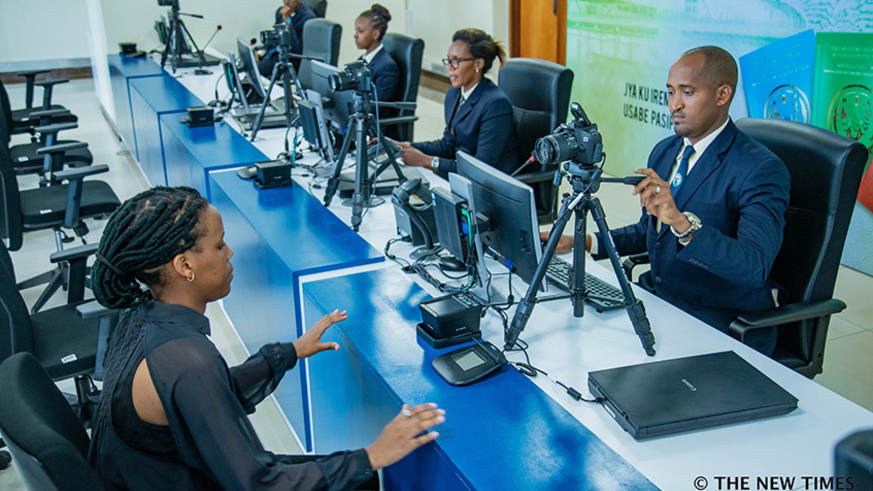 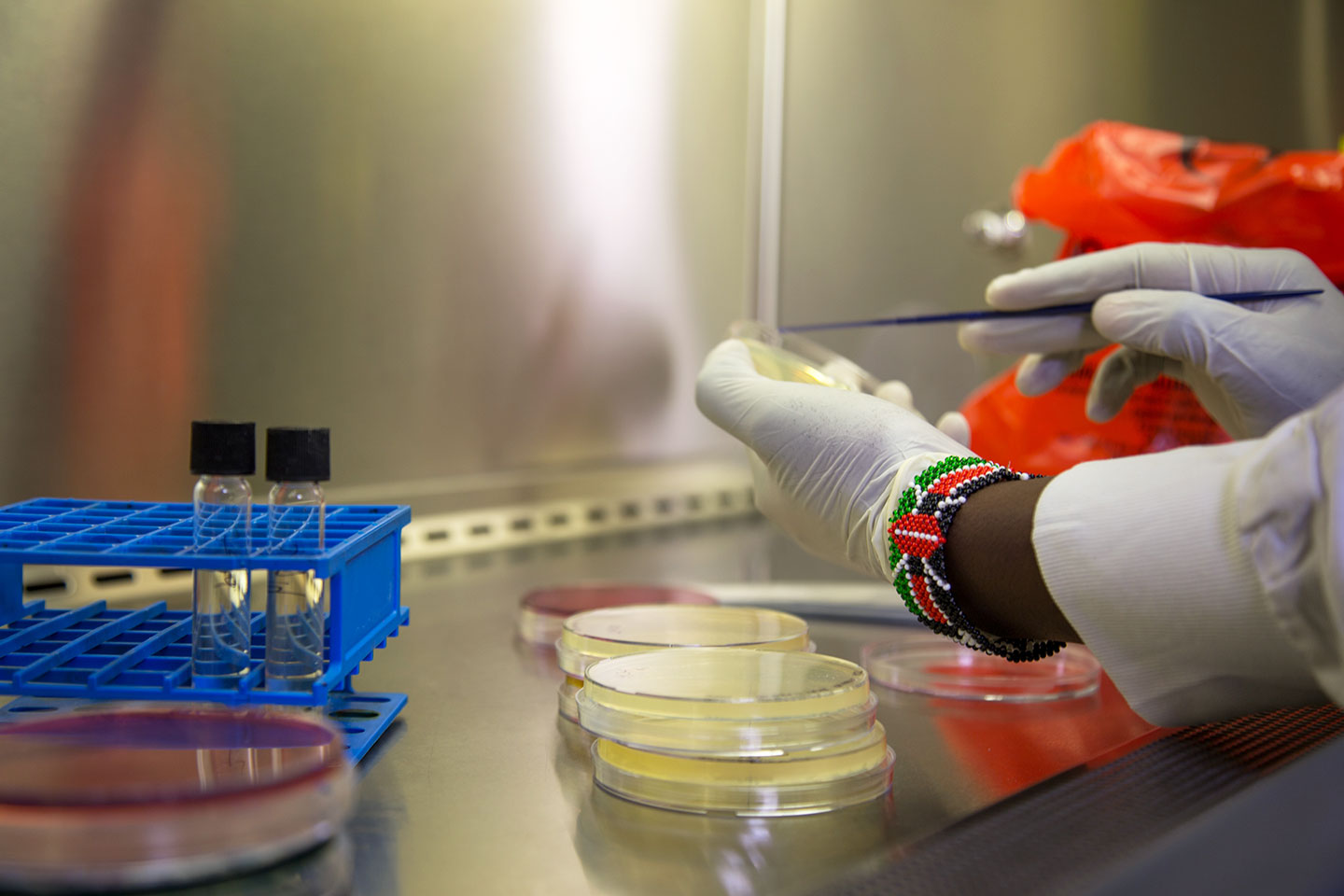 The country’s vaccine team which consists of 11 members, says that its recommendation will officially be submitted to President Uhuru Kenyatta over the weekend, after which they could possibly be made public next week.

The task force is chaired by a senior advisor to President Kenyatta on Malaria, Dr Willis Akhwale, who has promised a solid deployment process of vaccination within the country after deliberations that began in December last year.

“It should be ready by Monday because after this meeting, we will embark on putting everything that we have deliberated and agreed on together to come up with one solid plan which we will submit to President Kenyatta, ” he said while speaking to the press.

“The president and the Health cabinet secretary will be briefed once it’s complete, possibly by the weekend. But those present at this meeting include the WHO, Development partners, groups such as Red cross, Amref and others. MoH team includes the PS, DG and all heads of directorates. The Pharmacy and Poisons Board is also present, ” a source at MoH said.

Dr Akwale last week said the county governments will not be left out in the vaccine distribution plan as the vaccines will trickle down to their level. “We will engage counties, look at all the financial options and availability,” he said.

The taskforce has been saddled with the responsibility of dissecting issues like vaccine hesitancy, vaccine depots, county engagement, cold chain storage and logistics and immunisation records as well donor interests among other issues surrounding Kenya’s preparedness.

This arrangement comes after it was reported that Kenya is expected to receive 11 million additional doses of the Covid-19 vaccine from the African Union (AU), which has secured a deal to procure 270 million of the vaccine for all member countries.

Months after Ethiopia’s final offensive, the offensives have hardly ended as the war-hit people of Tigray continue to struggle to recover from the ruins of the conflict.

The conflict between Ethiopian and Tigrayan forces, although relatively short, has created long-lasting and excruciating consequences.

Many Tigrayans still flee from the North of the country, with a refugee camp set in Sudan, where a storm is also brewing. Tigrayans still die of starvation and many have been rendered homeless by the war.

The Ethiopia-Tigray clash began in November after the national forces waged a battle back in the region citing insurrection from the Tigray People’s Liberation Front (TPLF).

Thousands of people were killed while many others were left homeless in Tigray, despite pleas by the international community.

With a shortage of food and water in the region, Tigrayans have been solely dependent on agencies in the past few months.

According to the United Nations, more than 2.3m people are still in the need of relief packages in Tigray.

“Every time we reach a new area, we find food, water, health services depleted, and a lot of fear among the population. Everybody is asking for food,” the MSF has said.

People in local communities, including children are also dying of malnutrition as the scars of the conflict hang around.

“The only assistance refugees received since the start of the conflict was a one-time food distribution conducted by the World Food Programme (WFP) almost a month ago. Plans are underway for a second distribution, ” UNHCR has said.

“However, refugees told our staff that while they were not impacted directly from the fighting, they were threatened and harassed by various armed groups. The refugees told us they continue to have safety concerns, reporting that armed gangs roam the camps at night stealing and looting.

“UNHCR is working with the government and partners to re-establish a regular presence at the camps and launch a response based on the information collected. We have called on the government to strengthen security in both camps.”

Tigrayans have left the cities for the local villages as they continue to search for food and safety.

Ethiopia has been on the hunt for the leaders of the TPLF with a heavy crackdown operation helping the military to arrest some members of the group.

The main leader of the TPLF, Debretsion Gebremichael is still at large and the government has placed a bounty on his head.

Ethiopian Prime Minister, Abiy Ahmed has been criticised in Tigray and some parts of Ethiopia for his lack of response to the situation in the North of the country in Tigray.

A call for robust national and international response has been made to Ethiopia amid the troubles as Tigrayans struggle to come to grips with the aftermath of a preventable conflict.