The United Nations Children’s Fund (UNICEF) has condemned the imprisonment of a 13-year-old Nigerian boy over blasphemy.

Omar Farouq was sentenced to 10 years in prison with menial labour in August by a Sharia court in the northern state of Kano for allegedly making a derogatory statement about Allah.

Reacting to the judgement, the UNICEF “expressed deep concern” over the imprisonment and treatment of Farouq.

Peter Hawkins, the Unicef representative in Nigeria, described the Sharia Court ruling as “wrong”, adding that “it also negates all core underlying principles of child rights and child justice that Nigeria – and by implication, Kano State – has signed on to.”

The sentence is in contravention of the United Nations Convention on the Rights of the Child, which Nigeria ratified in 1991, Unicef said in a statement.

Unicef called on the Nigerian federal and state authorities to urgently review the case with a view to reversing the sentence.

Several states in northern Nigeria introduced Sharia after the country returned to civilian rule in 1999.

The Sharia courts only try Muslims but if a case involves a Muslim and a non-Muslim, the non-Muslim will be given the option of choosing where he/she wants the case to be tried.

The Sharia court can only hear the case if the non-Muslim gives written consent.

Meanwhile, Farouq has appealed the judgment that convicted him at the Kano State High Court on August 10, 2020.

The boy was convicted and sentenced by Aliyu Kanu, the same judge, who sentenced a musician, Yahaya Sharif-Aminu, to death for blaspheming Prophet Mohammed.

In a suit filed at the Kano State High Court on Monday 7 September 2020, Kola Alapini, Omar’s counsel, on behalf of the Foundation for Religious Freedom (FRF), asked the court to set the judgment aside.

The respondents in the appeal included the Kano State governor, Abdullahi Ganduje, Commissioner of Police and the Attorney-General of the state.

According to a copy of the court document, the teenager pleaded that the court should set aside the judgment because the law used to convict him was unconstitutional and conflicts with the Nigerian constitution, African Charter on Human and Peoples Rights and the Universal Declaration of Human Rights.

He added that the Sharia law is only applicable and permissible in Islamic theocracies or countries whose constitution allows for such laws and not in Nigeria — a secular state with constitutional democracy.

“The offence of blasphemy is no longer a cognisable offence in Nigerian by virtue of Section 10 standing alone or in conjunction with Sections 38 and 39 of the constitution respectively. A capital offence seeking to terminate human life must comply strictly and especially with the right to life provisions of the constitution of the Federal Republic of Nigeria.

“The Kano State government lacks the constitutional authority to adopt legislative mechanism to exclusively compensate Muslims for its lack of performance in providing good order and security by enacting unconstitutional laws that curtail the right to freedom of expression and freedom of conscience and blasphemy laws essentially censored religious opinions, critical expression of human conscience and thoughts and significantly,” he said.

The FRF in a statement condemned the earlier judgment.

“On Monday, 7th September, 2020 we on behalf of the Foundation for Religious Freedom successfully filed an appeal with number K/40CA/2020 on behalf of Omar Farouq at the Kano State High Court.

“Omar Farouq is a 13-year-old boy (a minor in the eyes of the law) sentenced to 10 years imprisonment with menial labour for blasphemy. In the same Sharia court in Filin Hockey, Kano, by the same judge that sentenced Yahaya Sharif-Aminu. Both boys were convicted the same day.

“This is a violation of the African Charter of the rights and welfare of a vhild. A violation of the constitution of the Federal Republic of Nigeria. The Kano State Government will have their day in court,” the group said.

Femi Otedola Buys Ferrari For Each Of His Girls6 minutes read 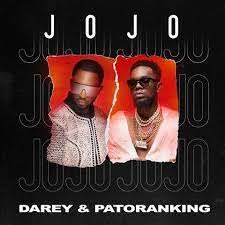 Darey in advance of the release of his new EP titled ‘Way Home’ scheduled for October, has released another single ‘Jojo’. The single which already seems like a hit single was released September 18. The single ‘Jojo’ which features the reggae dancehall artist Patoranking is the second single from the upcoming EP. It was released immediately following ‘Jah Guide Me’ which the artiste released in August.

Darey took to his social media page to announce the release of the new song which is quickly becoming a sensation not only in Nigeria but in Africa and UK. Seems like ‘Jojo’ will be a banger as the promising single came with a dance step which Darey was seen showing radio presenter, Walepowpowpow of maxfm in an interview session on the wetindey show which the presenter co anchors.

The newly released track has already shot it’s way to #1 on the Nigerian Singles Charts and the Top 20 UK iTunes Chart. It has definitely announced the comeback of the artiste since his last musical work in 2015.
Although, Darey is popularly known for his hits such as ‘Not the Girl’ and ‘Pray For Me’, the silky-baritone singer is redefining his taste through a groundbreaking genre that he terms Afro&B. Looks like ‘Jojo’ promises to relive the party spirit with its high-energy percussion, compelling vocals, and pulsating beats.

Shot entirely in Lagos, Nigeria, the music video is pristine and tells a story of a world post-lockdown, a reality which humanity longs for. Apart from the iconic city shots,
electrifying dance moves, sweet vibes, and colourful outfits, the video features an all-female biker crew.

Darey, is a Nigerian multi-platinum Afro&B singer, songwriter, record producer and entrepreneur. He is also the son of the legendary African Jazz Musician and entertainer Art Alade and the creative director of Livespot360. Darey has performed at high-profile shows in many cities across the World including Nairobi, Johannesburg, Abuja, Lagos and other major African cities, including a special concert with R&B legend R. Kelly in South Africa and the This Day Peace Concert Tour in the Niger Delta region of Nigeria, which had 50 Cent and Ciara as headliners. On request of the President of Nigeria, Goodluck Ebele Jonathan, he was invited to perform at the presidential villa in an exclusive dinner to commemorate the Country’s 50th independence Anniversary. At the event, which was broadcast live to over 200 million viewers across the world, he performed a medley of 50 songs with his 15-piece band, “Soul band” to a room filled with several African presidents and past world leaders.

He was the main host of both the Gulder Ultimate Search and Glo Naija Sings reality shows in 2011 and in February 2013, put together alongside his Soul Muzik team one of the biggest shows Nigeria has ever seen, Darey Presents: Love Like A Movie in February 2013 which had the red carpet hosted by Kim Kardashian as well as the highly successful release of the music video, “Asiko” featuring Jozi and Ice Prince.
While Patoranking features on ‘Jojo’, fans can expect a collaboration with Teni when the EP is finally released. 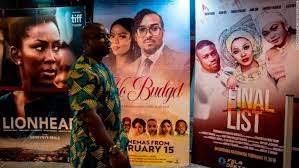 The deal came at a time when fans have been starved of theatrical releases of Disney films due to Covid-19 which led to a shutdown of cinemas. Cinemas were badly hit by the pandemic, they recorded an N8 billion revenue loss. But as restrictions have been eased and cinemas in Lagos have reopened, cinemas goers can anticipate the release of Disney films such as ‘Mulan’, ‘The New Mutants’, ‘The King’s Man’, ‘Death on the Nile’, ‘Black Widow’, ‘Soul’, ‘Free Guy’, and ‘The Last Duel and Eternals’.

The agreement, which took place effective from September 1, indicated the growing interest in the African film market, particularly Nollywood which is reputed as the number one film industry in the continent. Walt Disney Company Africa is one of such international companies that are committed to forming partnerships in the West African region.
Directors of FimOne, Kene Okwuosa, Moses Babatope and Craig Shurn jointly said in a statement;

“We are proud to be Disney’s film distribution partner for West Africa and see this as the beginning of an exciting new chapter for both companies in the region. Our expertise and knowledge of the market, coupled with the unrivalled quality of Disney’s titles, will drive box-office growth for many years to come,”

The Walt Disney Studios is an American film and entertainment studio, and one of the four business segments of The Walt Disney Company. Based in Burbank, California, the studio is best known for its multi-faceted film divisions. Founded in 1923, it is the fourth-oldest and one of the “Big Five” major film studios.Walt Disney Studios Motion Pictures distributes and markets the films produced by these studios. In 2019, Disney posted an industry record of $13.2 billion at the global box office. The studio has released six of the top ten highest grossing films of all time worldwide, and the two highest-grossing film franchises of all time. The Walt Disney Studios is a member of the Motion Picture Association (MPA).

The Senior Vice-President and General Manager of The Walt Disney Company Africa, Christine Service, added that: “With their in-depth knowledge of the region and expertise in bringing theatrical releases to fans, we are thrilled to welcome FilmOne as our distribution partner for this territory.”

With this new deal, FilmOne is taking its place as the foremost independent distributor of theatrical content in anglophone West Africa and largest distributor of premium Nigerian cinematic films in the world. Their partnership with Disney Africa adds to a list of high-profile relationships with industry leaders such as Warner Brothers, Netflix, Empire Entertainment (South Africa) and Huahua (China). 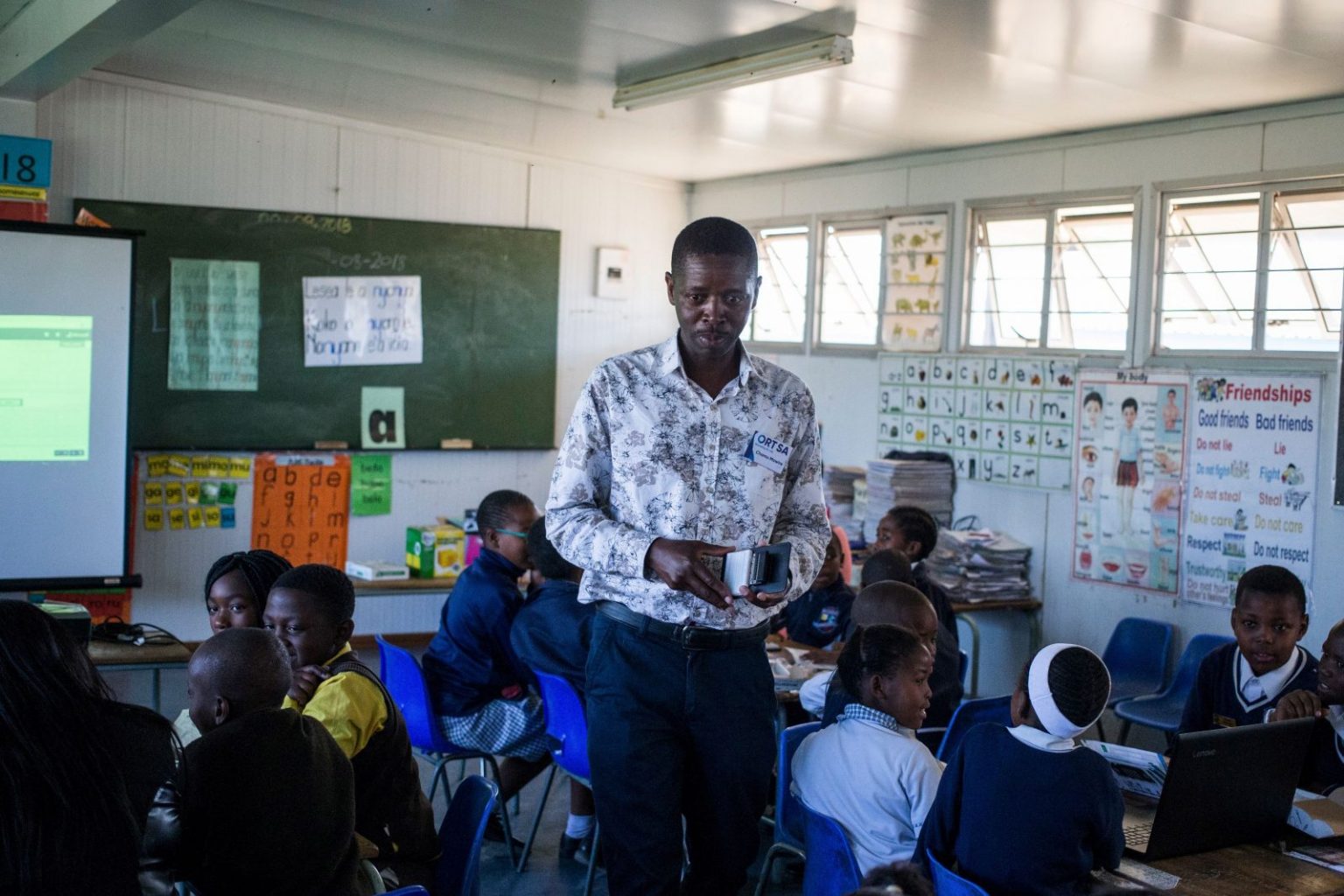 Private schools in Ethiopia can no longer pay the salaries of their teachers as the coronavirus (COVID-19) pandemic bites harder.

The Private Schools Association (PSA) in the country says parents have stopped paying school fees due to the outbreak of COVID-19.

Ethiopian Private Schools President, Abera Tassew, added that as a result, teachers are suffering and looking for other alternatives to make ends meet.

He said almost all schools will not be able to pay their teachers unless a solution is found for the next school year, adding that some schools have paid half of their salaries since July.

He said parents should compromise to pay school fees to stop the disbandment of teachers for the next generation.

“Every parent or guardian should work together to overcome this problem,” he said.

Abera added that the association is holding talks with the Ministry of Education and the National Bank to provide loan and to ensure that the problem does not worsen and that the fate of teachers and schools is not in jeopardy.

He further noted that the problem is time-consuming and teachers are in serious danger. Calling on all stakeholders to work together for a solution, he reminded the schools to at least pay the teachers’ salaries without interruption.