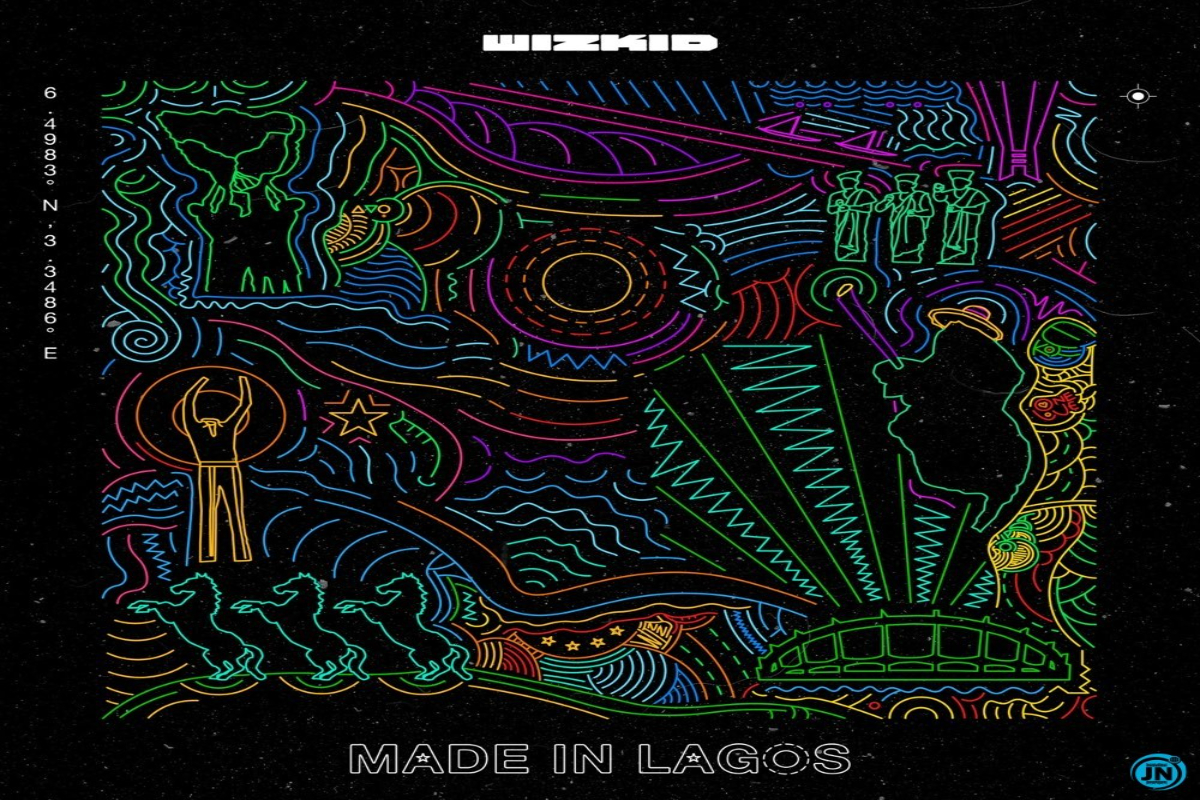 On September 17, 2020, Nigerian superstar, Wizkid released his second solo single of 2020. The new single is titled, ‘No Stress’ and it is a follow-up to his last single, ‘Smile’ featuring Grammy winning American singer, H.E.R.
Wizkid initially announced the single in a cryptic tweet on Wednesday, September 16, 2020. He took to his Twitter page and wrote, “No stress.”
The release of ‘No Stress’ which is released on RCA UK coincides with the availability of Made In Lagos for pre-order. It has also been revealed that the album will have 14 tracks. Two of those tracks have already been released.

Wizkid has revealed that the album will be released on October 15, 2020.
Ayodeji Ibrahim Balogun was born 16th July, 1990. He is known professionally as Wizkid and is a Nigerian singer and songwriter. He began recording music at the age of 11 and managed to release a collaborative album with the Glorious Five, a group he and a couple of his church friends formed. Wizkid signed a record deal with Empire Mates Entertainment (E.M.E) in 2009. He rose to prominence after releasing “Holla at Your Boy”, the lead single from his debut studio album Superstar (2011). “Tease Me/Bad Guys”, “Don’t Dull”, “Love My Baby”, “Pakurumo” and “Oluwa Lo Ni” were also released as singles from the Superstar album. In February 2014, Wizkid became the first Nigerian musician to have over one million followers on Twitter. Ayo, his self-titled second studio album, was released in September 2014. It was supported by six singles: “Jaiye Jaiye”, “On Top Your Matter”, “One Question”, “Joy”, “Bombay” and “Show You the Money”. Wizkid left E.M.E after his contract expired.

In 2016, Wizkid achieved international recognition following his collaboration with Drake on the global hit, “One Dance”, which reached number one in 15 countries, including the United States, the United Kingdom, Canada and Australia. He signed a multi-album deal with RCA Records in March 2017. His third studio album Sounds from the Other Side was released on 14 July 2017. It serves as his major label debut and was primarily a Caribbean-influenced record. SFTOS was supported by five singles: “Daddy Yo”, “Sweet Love”, “Come Closer”, “African Bad Gyal” and “Naughty Ride”. Wizkid became the first Afrobeats artist to appear in the 2018 Guinness World Records for his contribution to “One Dance”.

In February 2014, Wizkid became the first Nigerian musician to have over one million followers on Twitter. In July 2014, Wizkid visited The Beat 99.9 FM studio in Lagos and told Toolz he had collaborated with Barbadian singer Rihanna. Wizkid was invited as a special guest for some shows on Tinie Tempah’s tour of the UK in 2014.

On 5 April 2016, Wizkid became Nigeria’s first artist to be listed on Billboards Twitter Last 24 hours chart, following his guest feature on Drake’s Afrobeats-infused “One Dance” single, which charted at number 21. On 12 May 2016, the song reached number-one on the Billboard Hot 100 chart, a position it kept for 10 non-consecutive weeks. “One Dance” went on to become an international smash hit, topping the charts in 15 different countries, including the United Kingdom, Canada, Australia, France and Germany. The single became Wizkid’s first number-one single as a featured artist in these territories.