Home Op-Ed As Burkina Faso Heads to the Polls

As Burkina Faso Heads to the Polls

Burkina Faso goes to the polls on Sunday. As the country smatters under security challenges,threats from extremist groups could prevent people from casting their votes on the day of the election .

Ahead of the Presidential and legislative elections on Sunday, amid escalating extremist violence that’s harvested over 2,000 persons this year and leaving millions of others distraught and displaced from their homes, the land of upright men finds itself at another epochal threshold of history.

When results of the November 2015 elections were announced, they were greeted with respite and excitement.

Most Observers adjudged it as the most transparent and democratic ever in the country. They ushered in the first elected civilian leader in nearly 50 years, President Roch Marc Christian Kaboré.

Earlier in the month at a rally in the country’s second most populous city, Bobo-Dioulasso, President Kaboré who is seeking a second five-year term promised to continue fighting until his country is secure.

Since taking office five years ago, Kaboré has been blamed for his inability to secure one of Africa’s most hopeful democracies.

Many had hinged their hopes on improved living standards, enhanced health care system, trial of the corrupt leaders, equity and social justice.

Burkina Faso is almost slipping into a humanitarian disaster due to the debilitating activities of various terrorist attacks linked to al-Qaida and JNIM militants from neighbouring Mali.

Eddie Komboigo, head of the Congress for Democracy and Progress (CDP) is his major challenger. He belongs to the party of former President Blaise Compaore. Compaore’s overthrow by a popular insurrection in October 2014 brought to a halt, an authoritarian phase that had dogged the country for decades.

Komboigo explained that Burkina Faso was in a “catastrophe” and blamed Kaboré for being averse to the use of enhanced intelligence-gathering approach, dialogue, and a more diplomatic approach in the fight against terror.

Under the slogan, “let’s save the country”, a third contender in the person of Zephirin Diabre, candidate for the Union for Progress and Change party (UPC) is running against Kaboré for the second time. Diabre who challenged Kabore in 2015 secured 30% in the polls. He wants the fractured nation to reconcile and present a formidable front against the gunmen. In his words, “you can’t fight the war and win it if you’re not united and together.”

For a country which had spent 49 of its 55 years of independence under military rule, if this election runs smoothly, it will be the second time in its history that an election proceeds without incident.

In a statement issued by the Spokesman for UN Secretary-General António Guterres, the UN Chief commended the Government, the political leaders and citizens of Burkina Faso for “upholding an atmosphere of mutual respect throughout the electoral process, despite the challenges facing the country.”

He further called on stakeholders to maintain this posture and ensure that the elections are conducted and decided in a peaceful and credible manner.

The winner of the polls will need at least 50% of the total votes cast to win. While Kaboré is projected to be re-elected, the opposition seeks to split the vote, deprive the President of an outright win in order to form a coalition behind the strongest candidate for a second round. The National Independent Electoral Commission (CENI) spokesperson says election results should be out between 48 to 72 hours after the completion of the polls.

This election will be a major test for the nation’s nascent democracy and a failure to ensure a transparent and peaceful election will offer terror groups operating in the region more material for its nihilist propaganda against the state.

A wave of attacks in recent weeks has already threatens the legitimacy of the electoral outcome in the country as large swaths of the country will be unable to exercise its franchise.  Denying a large number of voters this inalienable franchise delegitimises the process and undermines the winner’s acceptability.

Areas subsumed in violence account for at least 400,000 voters. According to its electoral commission, over 160,000 new voters, especially young adults were unable to get registered.

The mass disenfranchisement of this demography who are mostly rural voters and young people equally dents the legitimacy of the election. Any chance that opposition groups contest the election result or Extremist groups exploiting divisions within the country may throw the country into another round of highly destabilising deadlock.

In August an electoral code triggered a law that says, in the event of “force majeure” (unanticipated situations preventing the organisation of elections in part(s) of the country), the election may continue based on the results from polling stations that remain open.

This supposes that election results will be considered binding even if people are unable to vote in parts of the country.

That is not all, two years ago, the National Assembly changed the electoral code to prohibit the use of widely used ‘consular cards’. The card issued by the Embassy to Burkina Faso citizens registered in its jurisdiction serves as voter registration document.

This year however, citizens must switch to a national ID card or passport. For those who do not have any, a new passport costs as much as 110,700 CFA Francs and not everyone currently has these documents. These modifications may keep thousands of persons from voting.

Burkinabé denizens in hard hit areas are apprehensive about exercising their franchise as terrorist groups continue to warn them against voting. Few days ago, terrorists backed groups took credit for the murder of 14 soldiers in Oudalan province. Another attacker threw an explosive into a mosque in the capital, Ouagadougou where many were injured.

Although similar incidents should be expected around polling stations, against voters, passers, and against authorities, the country’s security network must be on alert to ensure that the radical elements do not dictate the tempo of the polls.

The deployment of significant military reinforcements to flashpoints, probable hotspots and strategic locations around the country may offer reprieve for many and see a slightly higher number thronging out to entrust their fate and lives in a process that may, in the next five years mean life or death for them. 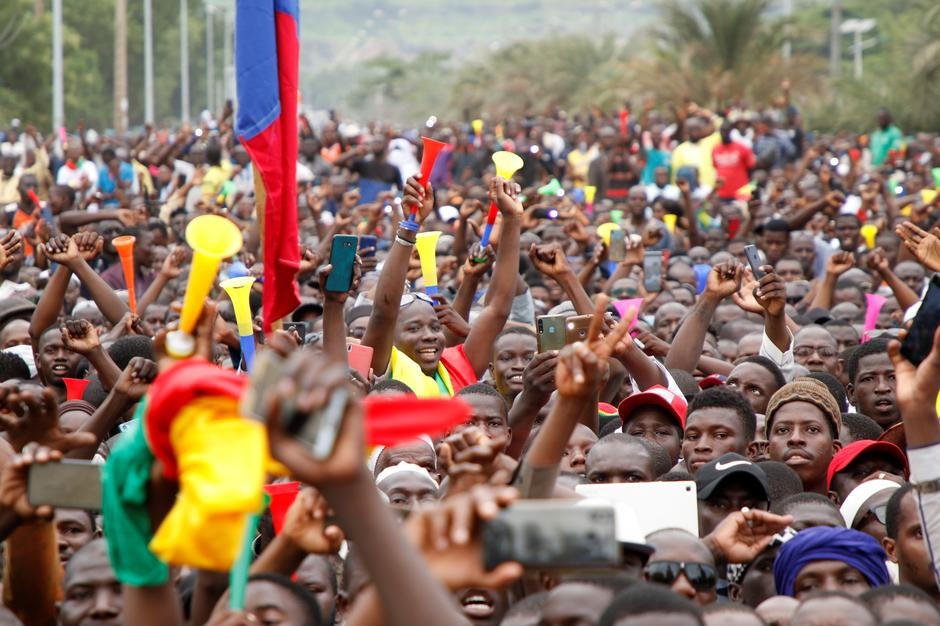 The coup plotters, who overthrew the democratically elected government of President Ibrahim Boubacar Keita in Mali, continued to…
byOlorunwa Lawal 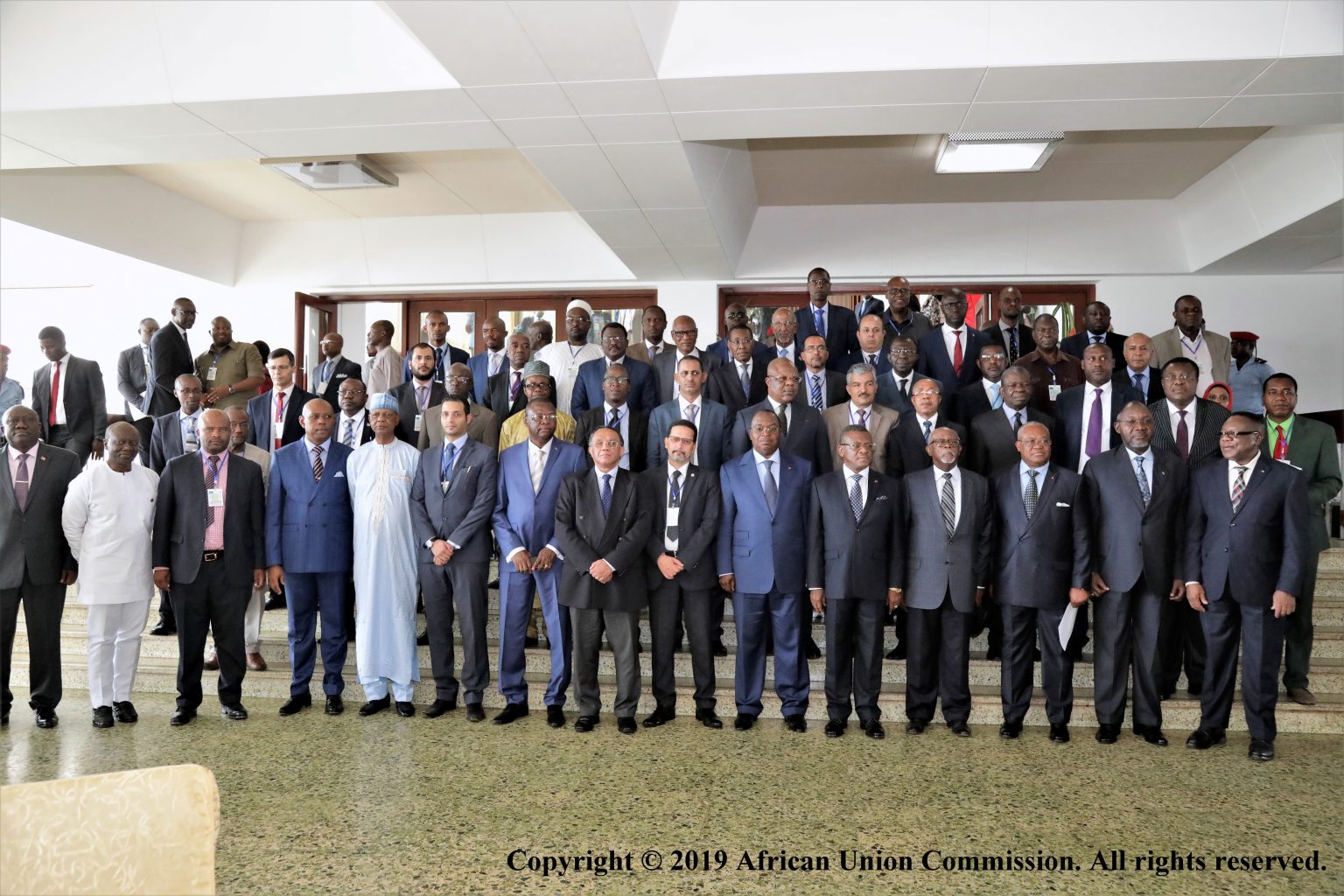 The presidential candidates said they had credible information that the government was planning to sign a secret oil exploration and drilling deal with two foreign companies.
byBernard Akede 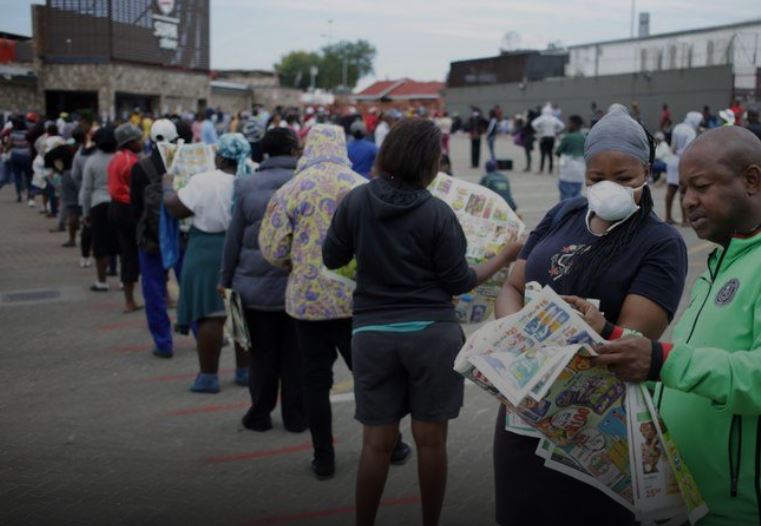 Data published on Tuesday show South Africa’s economy has shrunk by 51% in the second quarter of 2020,…
byOlorunwa Lawal