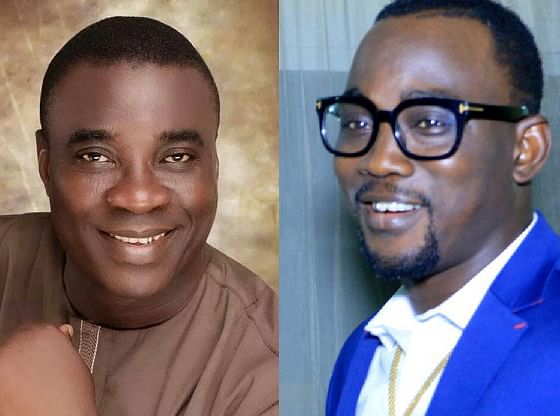 Fuji is a popular Nigerian musical genre. It arose from the improvisational Ajisari/Were music tradition, which is a kind of music performed to wake Muslims before dawn during the Ramadan fasting season. Were/Ajisari music itself was made popular by Alhaji Sikiru Ayinde Barrister. Fuji or Fuja are similar yoruba words and they are related in usage . Fuji and Fuja are used differently to denotes someone that is sociable. For example Late Ayinla Omowura in one of his records ” Ebi Ki pagun ” mentioned Fuji more than eight times to describe fans that are sociable. Meet some of the present Fuji musicians who are making waves.

Wasiu Alabi Pasuma was born November 27th, 1967. He is also known as “Oganla one”, is a Nigerian Fuji musician and film actor. Pasuma’s debut album “Recognition” was released in 1993. He has collaborated with several recording artists, such as Bola Abimbola and King Sunny Ade and has featured in Nigerian films such as Iyanje and Alenibare.
On Sept 6, 2015, Pasuma beat the likes of Olamide, Phyno, Flavor to emerge the winner of Best Indigenous Artist of the year at the Nigeria Entertainment Awards. He was nominated for the Best featured Non-islamic Artiste in Islamic album in 2016 alongside Saheed Osupa, Sule Alao Malaika, Shefiu Alao, Taye Currency, Muri Thunder. He is also a famous musician who help upcoming artist.

K1 De Ultimate was born Olasunkanmi Wasiu Ishola on March 3rd, 1957. He is a Nigerian Fuji musician. He popularized a brand of the fuji genre based on the work of the fuji creator Ayinde Barrister known as Talazo fuji that appeals to all age groups, irrespective of tribe and background . He later became member of Ayinde Barrister’s band, the Supreme Fuji Commanders from 1975 to 1978 after previously serving under him as instrument packer. He also adopted the name of Ayinde into his name after seeking the permission and blessing of his master Ayinde Barrister. He released his first album titled Iba with the special track ‘Abode Mecca’ in 1980, and thereafter, his most successful album Talazo ’84 in 1984. He has won many titles and several music awards.

Sulaimon Alao Adekunle popularly known by his stage name Ks1 Malaika is a Nigerian Fuji musician who started playing and performing music from an early age in a quranic school in the suburb of Lagos known as Agege and further paying his dues through Were (the early morning Islamic wake up music during the Ramadan season) before forming his first Fuji band in 1983.

KS1 Malaika has performed and duet with various artistes in different genres of music. He is quite friendly with musicians in the Islamic gospel genre and has been featured in their works severally. His music has also been sampled by different artistes in the Fuji and hip hop scene and are hits among music lovers. Malaika composes, arranges and produces his music. Blessed with a wide range of vocal abilities, his music uses traditional African and Nigerian instruments such as the Gangan, Iya ilu, Bata, Sakara, Agogo, assorted percussions, Guitar, Hawaiian guitar, Keyboard and Saxophone With a unique call and respond style that everyone has now adopted, Malaika’s music is melodious and easy to dance to.

Who is Major 1?3 minutes read