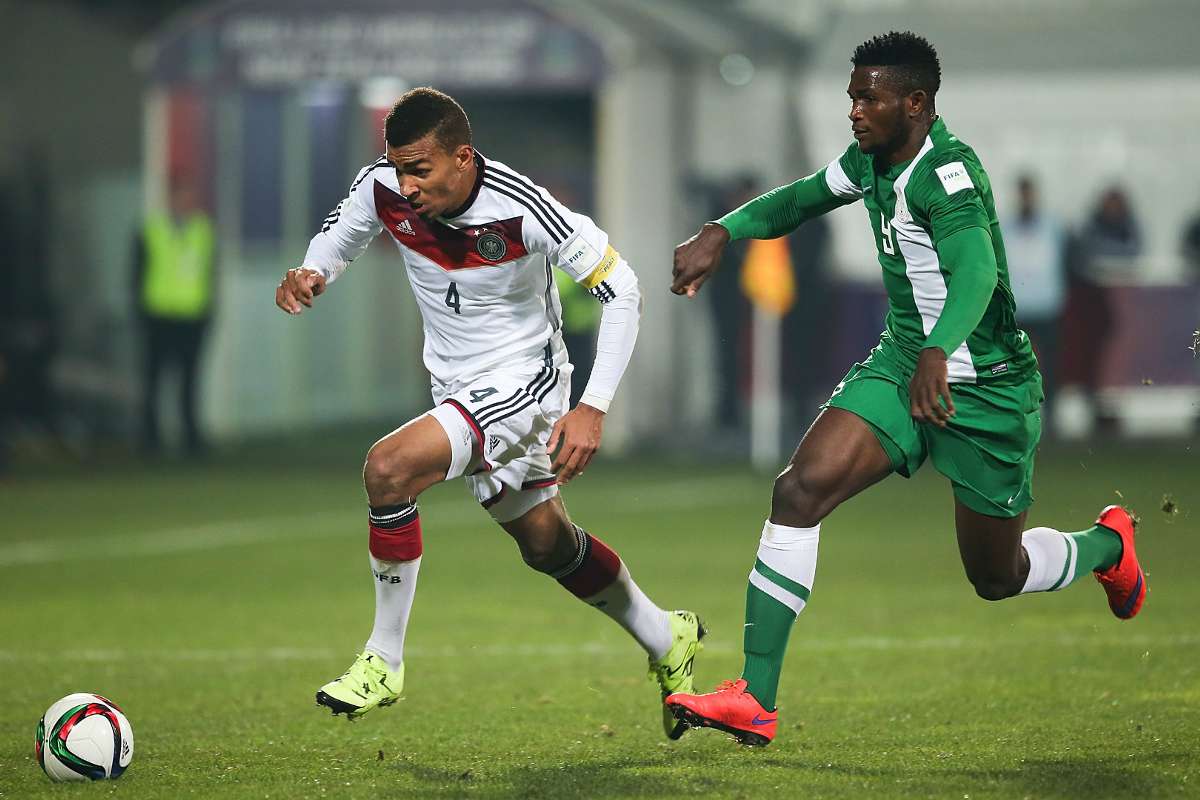 The 25-year-old central defender, who plays for Bundesliga side Hoffenheim, has a Nigerian father and a German mother – making him eligible to play for the three-time African champions.

And although he has earned 62 caps for Germany at Under-16, Under-17, Under-18, Under-19, Under-20 and Under-21 levels, he has opted to capitalize on the FIFA rules which allows him to switch allegiances. He could follow in the footsteps of Leon Balogun who is also of Nigerian-German heritage.

Akpoguma first came to the attention of the Nigeria Football Federation in 2015 when he captained the German national team at the FIFA U-20 World Cup in New Zealand. He played in five matches including the second round encounter between Germany and Nigeria which ended 1-0 in favour of the European side.

Standing at towering 6ft 4in, Akpoguma has been with Bundesliga side Hoffenheim since 2015 and made 18 league appearances last season, helping them to finish sixth in the campaign.

Speaking to German television SWR TV in 2017, Akpoguma shot down any talk of changing nationalities when he said, “That (Nigeria’s interest) honours me, of course, but I’m German, I was born here, and then I should play for Germany too.” However, in October 2018 he stated that he was open to playing to Nigeria and now he seems to be matching those words with action. He is still eligible to play for the Super Eagles since he has not represented Germany at senior level.

Rohr has revealed that he has met with the player who announced his decision to commit his international future to Nigeria.

“It was not my job to convince [Kevin] Akpoguma to come and play for Nigeria,” Rohr said.

“I had a good conversation with him and his family while watching several games in Hoffenheim.

“After the matches, we met and could talk. I presented our projects and I could speak about the team, about this incredible period in the Super Eagles and my vision for the team.

“He was sold on this and would love to be a part of the team and play in big international competitions like the Africa Cup of Nations or even the World Cup.

“We are very happy about the decision of Kevin Akpoguma to switch from Germany to Nigeria. Because he played for Germany at youth levels, the process is not finished yet because Fifa must give the authorization.”

Nigeria will play two international friendly games against Tunisia and Ivory Coast in October but the German tactician recently unveiled his squad for the matches with Akpoguma’s name not included. However, he explained that the defender is still waiting on approval on a request made to FIFA to change his eligibility.

“He has fulfilled the written request to switch and we only await the good news that he can finally play for us,” Rohr continued.

“It’s too soon to expect him to play our two friendlies in October, but hopefully for the Nations Cup qualifiers in November.”

Players can now represent a second national team, provided they are eligible to represent that country and have played no more than three matches for the first national team at senior level, with all the appearances coming before the player turns 21.

Appearances in World Cup finals matches or continental finals such as the Euros would also prohibit a player from switching, but appearing in a tournament qualifier – or the Uefa Nations League – would not.

Under the new rules, for example, Irish international Michael Obafemi could declare for England or Nigeria from next year, if he wished. Under the previous rules, his appearance in the 2018 Nations League tie against Denmark had tied him to Ireland for good.

However, there is no suggestion that the Southampton striker has any interest in switching allegiance. 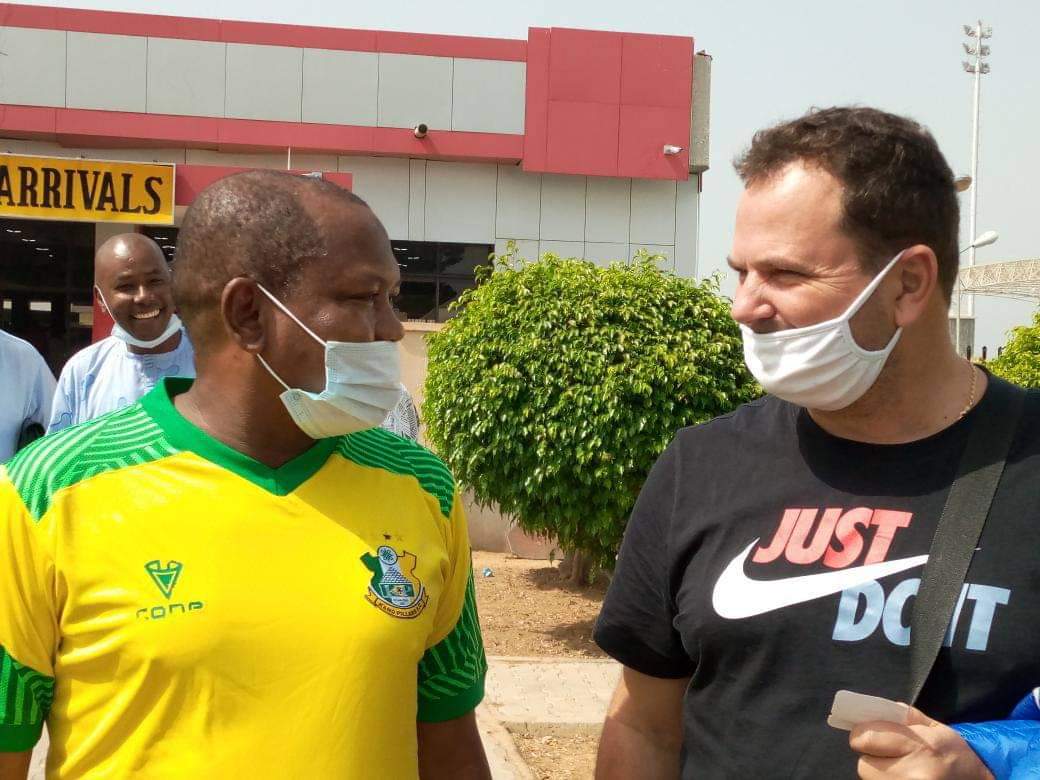 Frenchman Lionel Emmanuel Soccoia has arrived in the Northern Nigerian city of Kano ahead of his unveiling as new Kano Pillars manager. The club recently announced the appointment of the coach ahead of the new Nigeria Professional League season scheduled to begin on 15 November 2020, as well as the preliminary rounds of the CAF Confederations Cup which will also commence next month.

Soccoia’s appointment comes in response to a recent directive by the Confederation of African Football (CAF) that all participating clubs in the 2020/2021 CAF club football competitions must hire coaches that possess CAF ‘A’ coaching licenses or its equivalent. The directive effectively disqualified Pillars present technical Adviser, Ibrahim Musa who holds CAF ‘C’ and ‘B’ licenses. Musa led Pillars to the 2019 Nigeria FA Cup title and is expected to keep his post under Soccoia.

The Kano State government had set up a 3-man committee saddled with the responsibility of recommending a new technical adviser for the 4-time league champions. Soccoia was reportedly picked from a five-man shortlist. Governor of Kano State, Dr. Abdullahi Umar Ganduje has approved the appointment.

Soccoia has plenty of experience of working on the African continent after stints in South Africa, Tanzania, Cameroon, Gabon, Cote d’Ivoire and Benin Republic. His last job was as head coach of South African club Black Leopards in September 2019.

He had a term to forget as coach of the PSL side, amassing just four points in 5 games, despite money splashed to sign experienced players like Thabo Matlaba, Thuso Phala, Mogakolodi Ngele and Cuthbert Malajila among others.

Kano Pillars were founded in 1990 by Alhaji Ibrahim Galadima, a former president of the Nigeria Football Association and a former commissioner for sport in Kano Stae. The club came into existence following the merger of WRECA FC, Kano Golden Stars and Bank of the North FC and is today regarded as one of the leading clubs in the NPFL.

The four-time league champions are also one of the most widely supported teams in Nigeria, regularly filling out their 16,000 capacity Sani Abacha Stadium.

CAF has announced that player registrations for the 2020-21 club competitions will be open from October 21 to November 19, with the first leg of the preliminary rounds for both the Champions League and Confederation Cup set for November 20-22. The second legs will take place a week later. 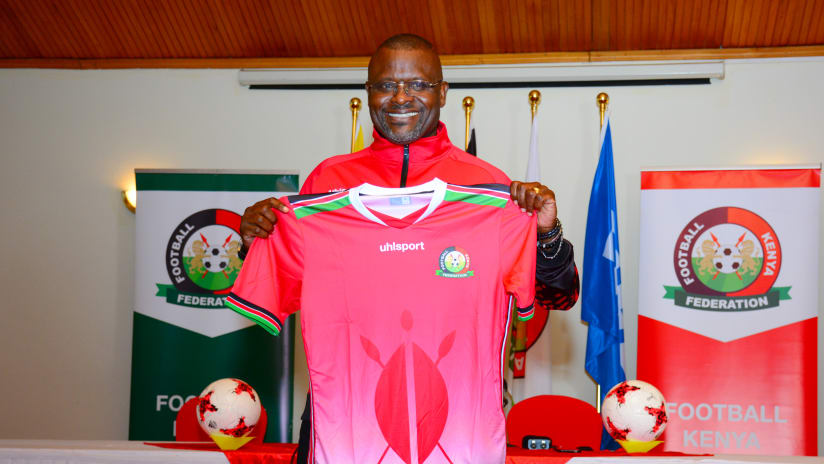 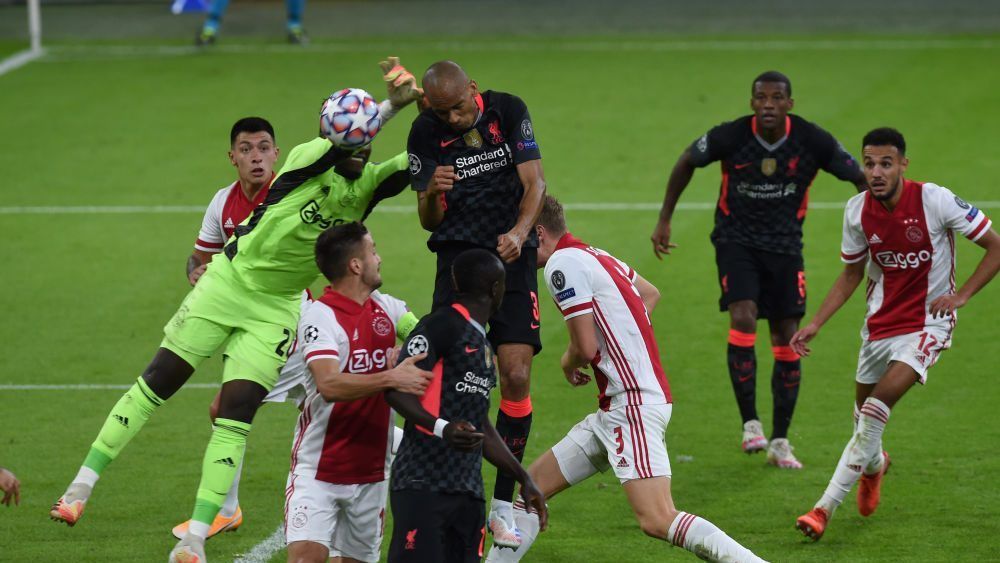 beat Ajax Amsterdam 1-0 away with a fortunate own goal in their UEFA Champions League group stage opener on Wednesday.

They rode their luck at times but still showed their title credentials.

Ajax full-back Nicolas Tagliafico turned the ball into his own net in the 35th minute to ensure a winning start in Group D for the English champions.

Liverpool looked the stronger of the two teams in spite of Ajax creating several good chances at the Johan Cruyff Arena.

Davy Klaassen struck the post with a powerful shot and Quincy Promes had a point-blank effort stopped by the legs of Liverpool goalkeeper Adrian.

This went on as the Dutch club created a handful of excellent opportunities.

Yet Liverpool, who won their sixth UEFA Champions League title in 2019, still proved value for their victory.

They dominated possession and counter-attacked at pace while keeping a clean sheet in spite of missing defensive talisman Virgil van Dijk, who suffered a serious knee injury at the weekend.

Fabinho moved from midfield to central defence to replace Van Dijk and had an outstanding game, notably hooking a clearance off the line to deny Dusan Tadic just before half-time.

It was one of several chances for Ajax in the first half.

Lisandro Martinez had a header saved by Adrian and Ryan Gravenberch shot narrowly wide, much to the annoyance of Liverpool manager Juergen Klopp.

Klopp spent the early part of the game berating and shouting instructions to his players.

But his agitation was quelled when Sadio Mane turned the Ajax defence with a swift body movement to set up the goal.

He miskicked his own effort, but it caught Tagliafico as he clumsily tried to clear and instead deflected it into the Ajax net.

“It was a good enough performance to win the game, which at moments was pretty wild.

“It was not one of our sunny shiny world class football days. It was not perfect but the boys fought like crazy,” said a more satisfied Liverpool manager afterwards.

But replacements Diogo Jota and Takumi Minamino kept up the pressure on the home team.

Ajax should have equalised, however, four minutes into stoppage time when Adrian did not properly deal with a cross into the area.

Shooting of #EndSARS Protesters: I called President Buhari Twice, He Was Not Available – Sanwo-Olu