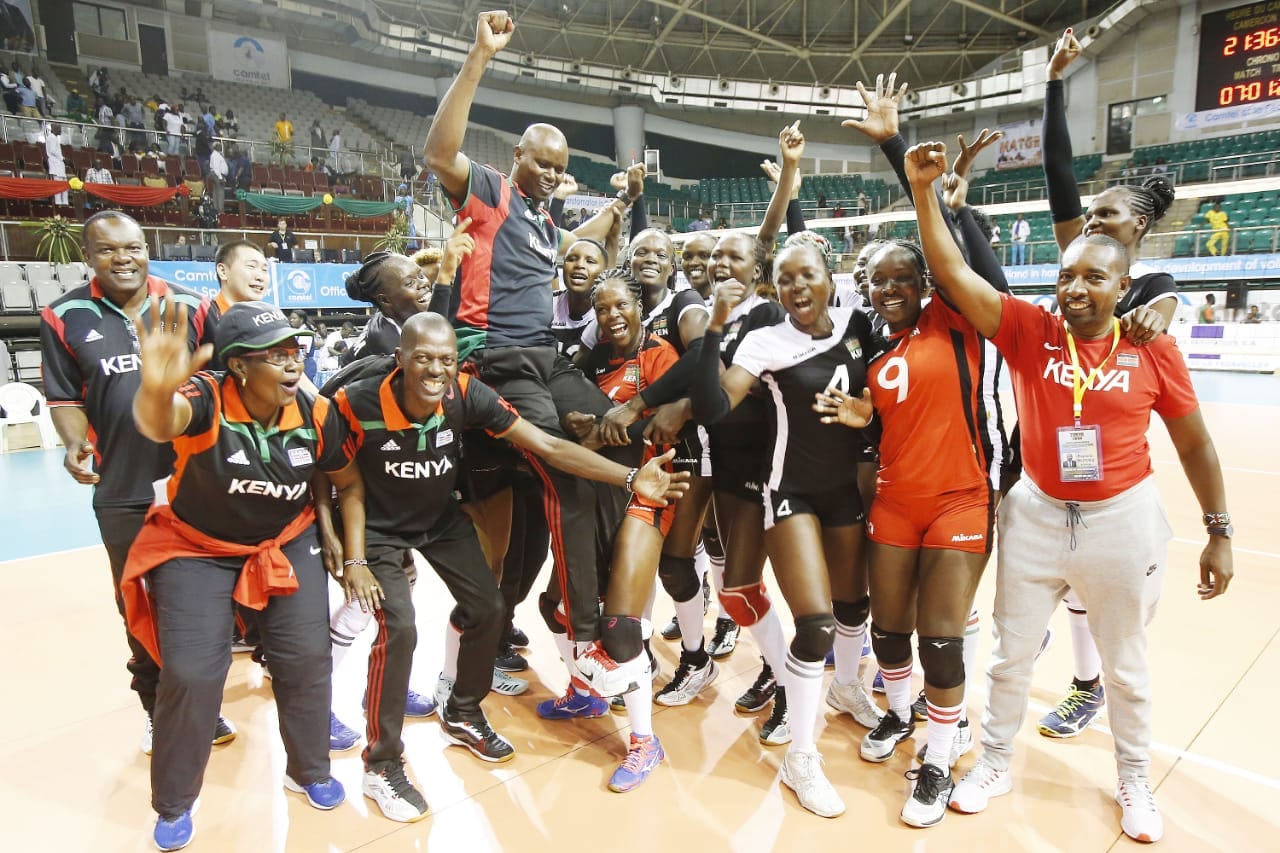 Kenya’s female volleyball side, the Malkia Strikers, are slated to make a triumphant return to the Olympics following a long, cold 16-year absence. They secured their place at the 2020 Summer Games after trouncing Nigeria in three sets, 25-15, 25-21 and 25-12 in Yaoundé, Cameroon on Thursday evening.

The Kenyan team last qualified for the Olympics in 2004 and needed the win against Nigeria to clinch the single available spot for Africa and one of only twelve team slots at the women’s volleyball games in Tokyo.

The final win marks an end to their stellar performance in Yaoundé, where they have won all their games against Egypt, Botswana and arch-rivals, Cameroon- Africa’s flagbearer at the last Olympic Games in Rio de Janeiro in 2016.

The team featured exceptional talent such as Kenya Pipeline’s Sharon Chepchumba, who was named Africa’s best attacker at the Africa Women’s Club Volleyball Championships held in Egypt in March 2019. Just three years ago, she was named the Most Valuable Player at the Kenya national and East Africa secondary school games. 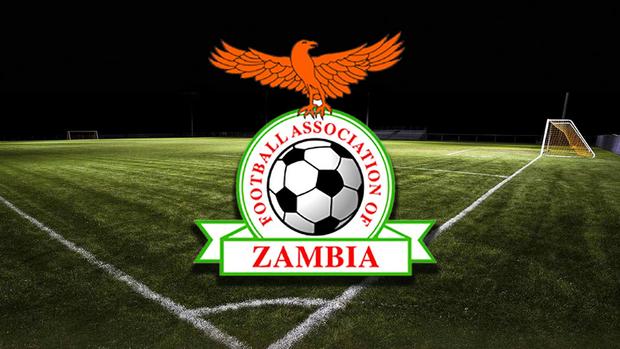 The Football Association of Zambia (FAZ) has banned a former player and coach, Dudley Fichite, from its actvities following a public outcry against him.

In 2018, the Zambian Supreme Court sentenced Fichite to life in prison for defiling his niece and infecting her with HIV and Syphilis after he appealed his initial 25-year sentence handed by the High Court.

At the time of the offence in 2014, Fitchite was a Staff Sergent in the Zambia Army and an assistant coach at FAZ Division 1 club Riflemen.

Lately, the inmate has been sitting on the bench for the Prison Leopards team, which is sponsored by the Zambia Correctional Services.

However, following a public outcry, FAZ wrote to Leopards asking them to withdraw Fichite from their technical bench.

“In the meantime, we, therefore, direct that you avoid involving the aforesaid individual in any FAZ organized football activities to avoid the complications that may arise from this act,” read Kashala’s letter in part.

“We would appreciate that in future, your club should notify the Association before the implementation of anything that you are not sure about so that we can give guidance in accordance with FIFA, CAF and FAZ statutes and regulations.” 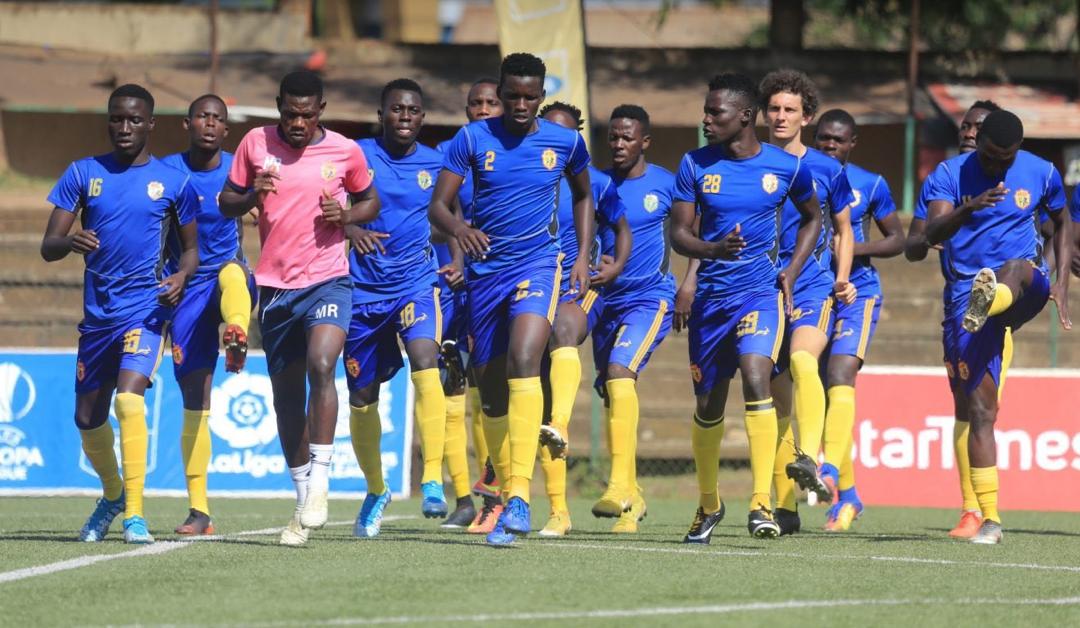 Ugandan football team, Kampala Capital City Authority (KCCA) FC have been handed a 2-0 loss after failing to show up for a game against Rwanda’s AS Kigali in the CAF Confederations Cup.

KCCA camp has been hit with bouts of COVID-19, with at least eleven members of the squad having tested positive for the virus.

The team, according to local reports in Uganda, is expected to register 40 players for the competition but a good number of squad members tested positive for COVID-19, restricting the club to travel with just 15 players.

The situation became more critical when 2 of the 15 players registered for the game also tested positive for the virus, leaving the club in a helpless situation.

The club failed to show up for the game and two goals and maximum points were handed to their Rwandan opponents.

Criticisms have followed the decision as football stakeholders in the continent said CAF’s stand on the situation is unwieldy and partial.

The Ugandan club is expected to appeal the decision in the coming days. 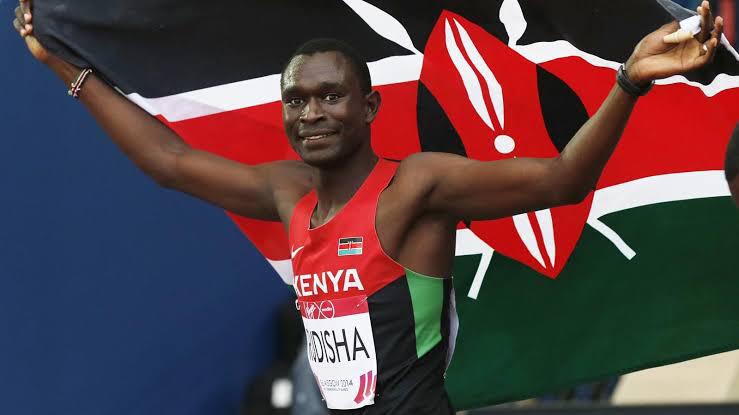 Sitting 34th on the Olympics medal table, Kenya is not just a prominent athletics nation, it is a giant in the sport.

The East African nation has 103 Olympic medals, with 96 of them being in athletics, second only to the United States of America in track and field.

The plains and heights of Kenya have propelled its athletes to international dominance. The country’s geography has also had a successful marriage with a relentless desire for athleticism.

Founded in 1950 by a retired British soldier, Archie Evans, Kenya athletics didn’t record its first major success until the 1964 Olympics when Wilson Kiprugut Chumo won a bronze medal in the 800m.

With rich accolades and a swathe of medals to display before the eyes of the world, the Kenyan government is partnering with Google to launch a virtual museum where its many medals can be displayed.

“The Ministry in conjunction with Google Arts and Culture, Google Kenya, Athletics Kenya, the National Olympic and Paralympic Committees and other partners will launch the first and largest digital content feature on Kenyan sports, ever,” Sports Cabinet Minister Amina Mohamed told guests.

“It will celebrate the country’s history, heritage and excellence across disciplines, geography and communities. This project will also give us a platform to store all the turning sporting moments in history.”

Sebastian Coe, World Athletics President was full of praise for the country. He said; “…as a federation, Athletics Kenya has made an indelible mark on the history of our sport and a huge contribution to the development of our sport”.

“Kenya is not just a prominent country in the world of athletics, it is a powerhouse. It is the number two ranked nation in the world behind USA with 151 medals in the 37 year history of the World Championships.

“Plus another 96 Olympic medals out of the 103 that Kenya has won in total in all Olympic sports have been won in Athletics.

“It has produced some of the greatest athletes in the history of athletics, starting from the first ever Olympic medallist for Kenya, back in Tokyo 1964, the 800m runner Wilson Kiprugut (bronze medallist) and continuing with legends of our sport, Rudisha, Kipchoge, Vivian Cheruiyot, Paul Tergat, Tegla Loroupe and a dozen other athletes who became role models for the generations that followed in their footsteps.”

On display in the virtual museum will be some historical spikes and medals, and many other objects of generational importance to Kenya’s most-loved sport.