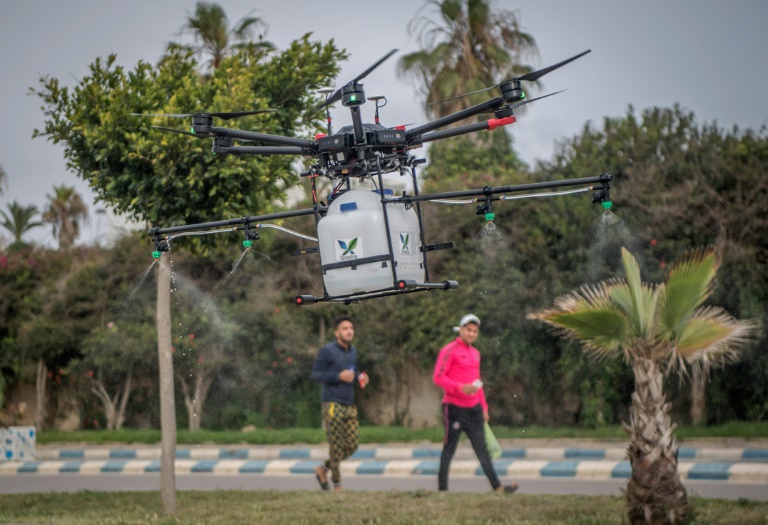 Moroccan authorities have launched a fleet of drones to battle the coronavirus pandemic in the north African country, deploying them for aerial surveillance of lockdown violators, fumigation and public service announcements.

“This is a real craze. In just weeks, demand has tripled in Morocco and other countries in the region,” said Yassine Qamous, chief of Droneway Maroc, African distributor for leading Chinese drone company DJI.

Moroccan firms have been using drones for years and Qamous says it “is among the most advanced countries in Africa” for unmanned flight, with a dedicated industrial base, researchers and qualified pilots, an AFP report said.

But restrictive regulations have long limited civilian drones to specific applications such as filming, agriculture, monitoring solar panels and mapping.

That changed rapidly as the novel coronavirus swept across the world.

In recent weeks, authorities have employed drones to issue warnings, identify suspicious movement in the streets and disperse illegal rooftop and balcony gatherings.

A strict lockdown imposed in March has not been uniformly respected, with local media reporting on nighttime gatherings of neighbours and collective prayers on roofs, beyond the view of street patrols.

Other countries in Europe, Asia and the Middle East have also adopted technology deployed in China since the start of the pandemic, whether for tracking the movements of citizens, disinfecting public spaces or facilitating deliveries.

“Drones have quickly emerged as a vital technology for public safety agencies during this crisis as they can safely monitor public spaces,” according to the website of DJI, by far the world’s top drone maker.

Like most countries, Morocco primarily uses imported Chinese drones. But the emergence of new applications linked to the pandemic is also driving local production of specialised aerial vehicles.

“There is real demand,” said Abderrahmane Krioual, the head of Farasha, a startup that has raised funds to produce drones for thermal surveillance and aerial disinfectant spraying.

The aeronautics department of the International University of Rabat (UIR) offered its facilities, expertise and prototypes to authorities in March, deploying drones with loudspeakers or infrared cameras able to detect movement at night or spot individuals with high temperatures.

Several projects are underway across the country ahead of the widespread deployment of various models of drones, said Mohsine Bouya, the university’s director of technology development and transfer.

Teams are also developing tracking applications, but “we’ll have to wait for a change to the law” before launching them, he said.

Moroccan authorities declined to comment on the use of drones or the numbers deployed since the start of the public health emergency in mid-March.

Unlike in some countries, the use of surveillance drones has not sparked public debate in Morocco, where the kingdom’s authoritarian response to the pandemic is widely supported.

They include movement restrictions and the compulsory wearing of masks, with a nighttime curfew since the start of the Muslim holy month of Ramadan — enforced by a heavy police presence.

Those found guilty of violating lockdown measures face one to three months in prison, a fine equivalent to $125, or both.

Authorities say the measures have limited transmission of the virus, with 5,053 COVID-19 cases reported including 179 deaths and 1,653 recoveries since the crisis began.

But the kingdom’s high number of arrests has drawn criticism from Georgette Gagnon, director of field operations at the United Nations’ Human Rights Office.

Morocco disputed this, saying its measures were “in line with legal frameworks respecting human rights”. 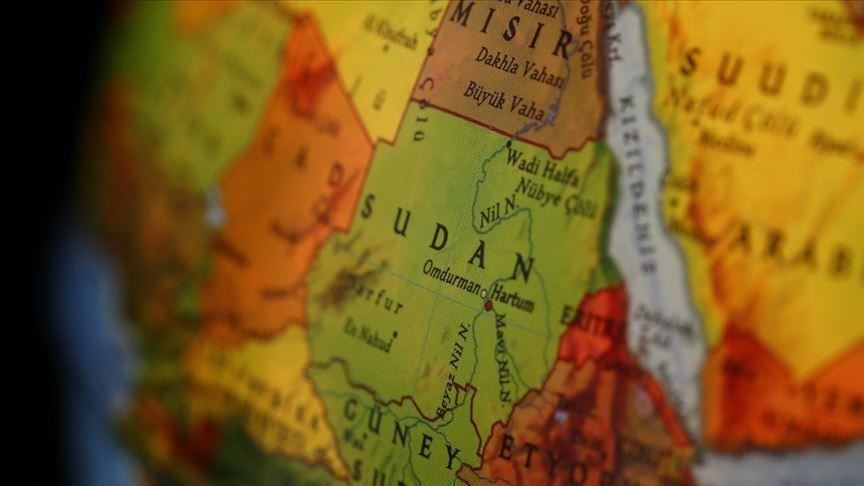 The government of Sudan has reached an agreement with a rebel leader laying out conditions for his faction to recognize the peace deal signed with rebel groups earlier this week.

The agreement which was signed by Prime Minister Abdallah Hamdok and Abdul Aziz Alhilu, leader of the Sudan People’s Liberation Movement – North – SPLM-N -, was signed on Thursday, and its main focus was making Sudan a secular state.

It requested that the constitution of Sudan be based on the principle of separation of religion and state and be geared towards ending discrimination in the country.

“Sudan is a multi-religious, multi-racial, multi-ethnic, and multi-cultural society. Full recognition and accommodation of these diversities must be affirmed,” the declaration document read.

“For Sudan to become a democratic country where the rights of all citizens are enshrined, the constitution should be based on the principle of ‘separation of religion and state’ in the absence of which the right to self-determination must be respected.”

It read that “freedom of belief and worship and religious practice shall be guaranteed in full to all Sudanese citizens.”

“The state shall not establish an official religion. No citizen shall be discriminated against based on their religion,” the agreement read.

The understanding is expected to draw a strong reaction from supporters of former Sudanese ruler Omar al-Bashir’s, who have protested severally against what they say is the transitional government’s “failure and corruption.”

SPLM-N is one of two factions that opted out of the peace deal between the rebel groups and transitional government signed in Juba, South Sudan’s capital on Monday.

The deal gives a share to the rebels in government institutions – 35% of cabinet ministers, 75 seats in the upcoming 300-member transitional legislative assembly, and three members in the 11-person Sovereign Council.

It also proposes a federal system for Sudan and grants autonomy to the South Kordofan and Blue Nile regions.

Under the agreement, the Darfur region, which was split into five states, will be reunified into one area after seven months and have its own governor.

The deal also grants Darfur 40% of its revenue and 20% of civil service employment opportunities. 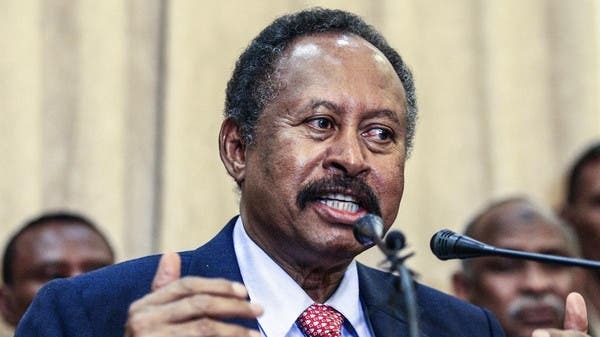 The transitional government of Sudan is set to sign a peace deal with rebel movements to formally accommodate the fighters in the mainstream administration.

The ceremony which is due on Monday in Juba, the South Sudanese capital, means that the Sudanese Revolutionary Front (SRF) will take positions in the transitional government led by Prime Minister Abdalla Hamdok, as well as have its fighters gradually integrated in the military.

The SRF, which comprises armed groups that control the Darfur region, initiated on the agreement on Saturday, indicating that further negation on ending issues had been closed. The move came after long reviews conducted by the Sudanese government and the armed movements on the text of the agreement, particularly issues concerning the security guarantees and fate of its top leaders.

With this agreement, the armed movements now has the right to merge their fighters with the Sudanese army, in addition to forming a joint force between them and the Sudanese army to protect civilians in Darfur. Also contained in the deal are security arrangements and timetables for the integration, training and deployment of forces.

Sudanese Revolutionary Front (SRF), is an alliance of Sudanese factions that was formed in opposition to the government of then-president Omar al-Bashir in November 2011. 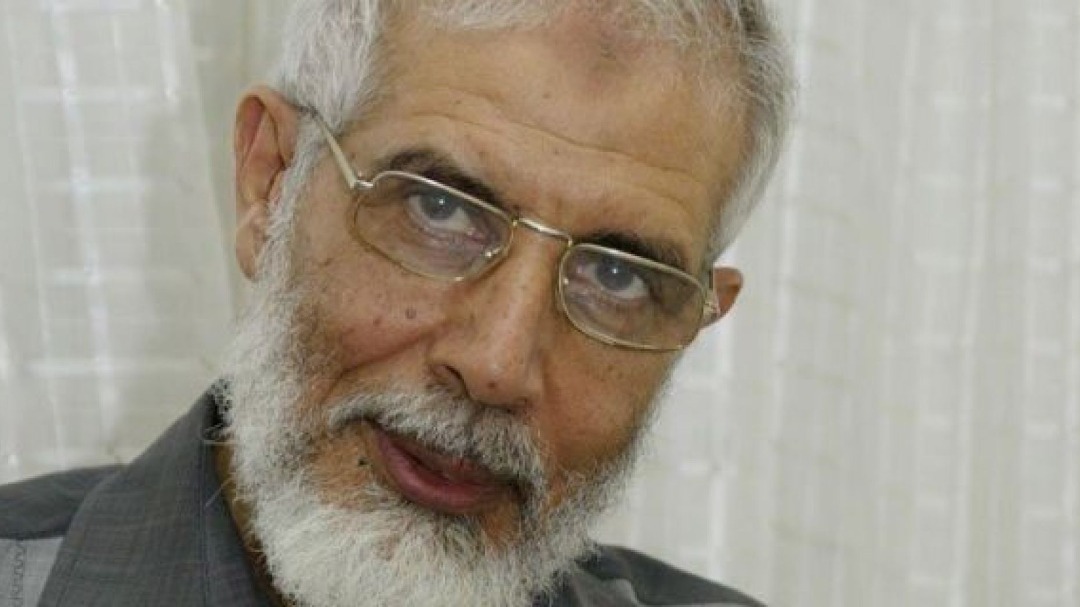 A leader of the Muslim Brotherhood, Mahmoud Ezzat, has been arrested by Egyptian authorities after a raid on an apartment in Cairo.

Muslim Brotherhood has been outlawed in Egypt.

Despite misleading information regarding his whereabouts, security services were able to locate Ezzat, 76, who is also the head of the Brotherhood’s international arm.

The raid took place with a warrant granted by the Supreme State Security Prosecution.

A statement from the country’s ministry of interior said Ezzat was arrested in a flat used as a hide-out in Cairo’s Fifth Settlement district. He is accused of charges ranging from joining and leading a terrorist group to receiving illicit funds.

The ministry said encrypted communications equipments were seized during the arrests. Ezzat is also suspected of overseeing several assassinations and attempted assassinations as well as a bombing from 2013.

Ezzat had previously been sentenced to death and to life in prison in absentia. According to Egyptian law, he will face retrials in the cases following his arrest.

A picture distributed by the interior ministry and published by Egyptian newspaper Al-Youm al-Sabaa showed a gaunt and frail-looking Ezzat wearing a striped T-shirt.

He was apprehended in a residential area east of the capital, despite incessant rumours circulated by officials of the Brotherhood about his presence abroad, the ministry said.

Other senior members of the group have left the country, and many now live in Turkey.

In August 2017, a criminal court in Cairo accused Ezzat of planning attacks within Egypt from abroad and added his name to the country’s national terror list.

It also charged him with supervising a deadly car blast outside the capital’s main cancer hospital in August 2019 killing 20 people.

He also received two verdicts of death in the cases of spying for Hamas and Wadi al-Natroun Prison Break.