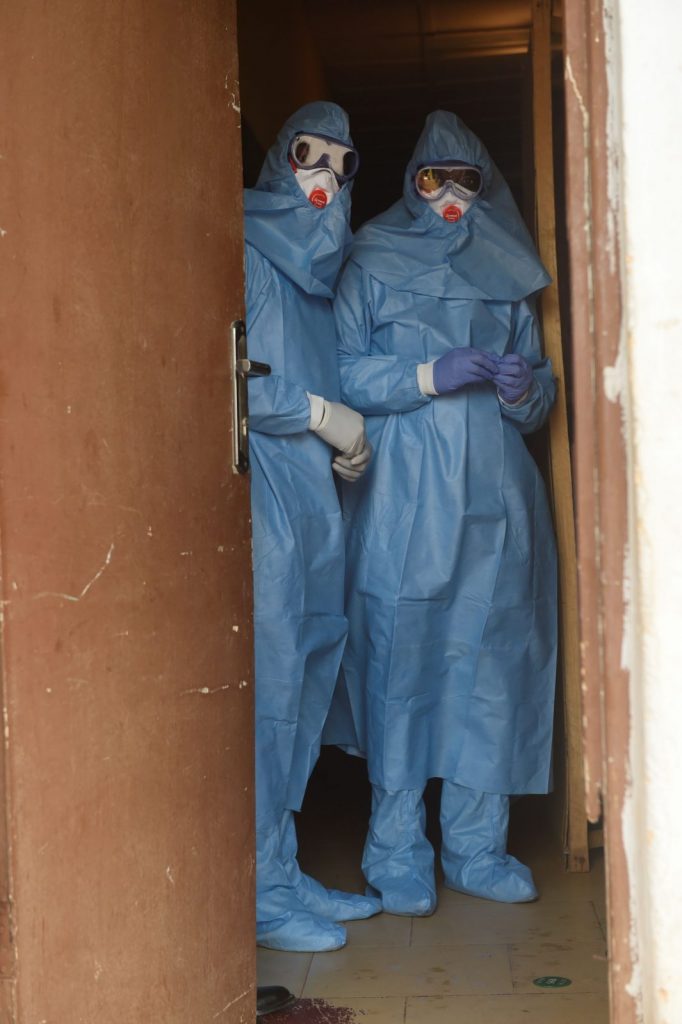 The novel coronavirus (COVID-19) has infected a total of 56,388 persons in Nigeria to date, the country’s health agency has revealed.

The Nigeria Centre for Disease Control (NCDC), in an update on Twitter at midnight on Monday, also said the death toll from the pandemic in Nigeria jumped to 1, 083.

It stated that one new fatality raised the death toll to 1,083.

The agency said 132 new cases of COVID-19, the disease caused by the coronavirus, were recorded across Nigeria on Monday, Sept. 14.

According to the NCDC, the new cases now bring the number of confirmed infections in the country to 56,388.

It noted that 185 people had been treated and had recovered from the virus, bringing the nation’s number of recovery to 44,337.

Lagos State had the highest number of recorded cases on Monday with 52, Gombe State followed with 27 cases and Plateau State came next with 17 cases.

The NCDC said that as at Sept. 14, 132 new confirmed cases and one death were recorded in the country.

Meanwhile, the agency said that it was critical for Nigerians to take responsibility to maintain the gains achieved in the nation’s response to COVID-19, to reduce the risk of a spike in cases as international flights resume.

“We have updated the self-isolation guideline to reflect the current protocol for return travellers, this can be accessed on our website – covid19.ncdc.gov.ng. Every returning traveller must carry out a COVID-19 test, after seven days of self-isolation, it stated. 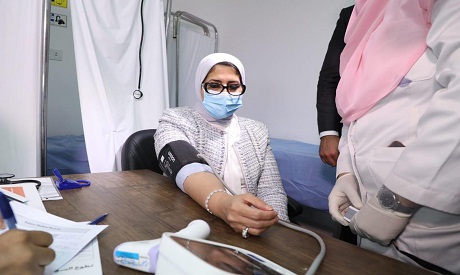 The Minister of Health in Egypt, Hala Zayed, has been injected with Chinese version of the coronavirus (COVID-19) trial vaccine.

The phase 3 clinical trials of the vaccines are currently taking place in Egypt and 100 other countries.

A statement by the ministry’s spokesman Khaled Megahed, said the minister had the vaccine injected in the deltoid muscle in her upper arm at the Egyptian Holding Company for Biopharmaceuticals and Vaccines (Vacsera).

The vaccine trial is being carried out in Egypt in cooperation with the Chinese government and the UAE’s G42 Healthcare.

In July, Egypt was selected by China to serve as a future African hub for manufacturing a coronavirus vaccine if one is developed by Beijing.

The trial vaccine has been administered to 40,000 volunteers around the world, none of whom have displayed adverse side effects. Some 45,000 more volunteers are set to take the vaccine.

Some 6,000 people in Egypt are among the participants in phase 3, which is deemed the final stage in the trial to test the efficacy and safety of the vaccine before it is licensed, the statement said.

Zayed has called on Egyptians to take part in the trials “for the sake of humanity.”

According to a previous statement by the health ministry, volunteers receive two injections, 21 days apart, and will be monitored over the year.

They also will take a PCR test to make sure they have not previously been infected with the virus. 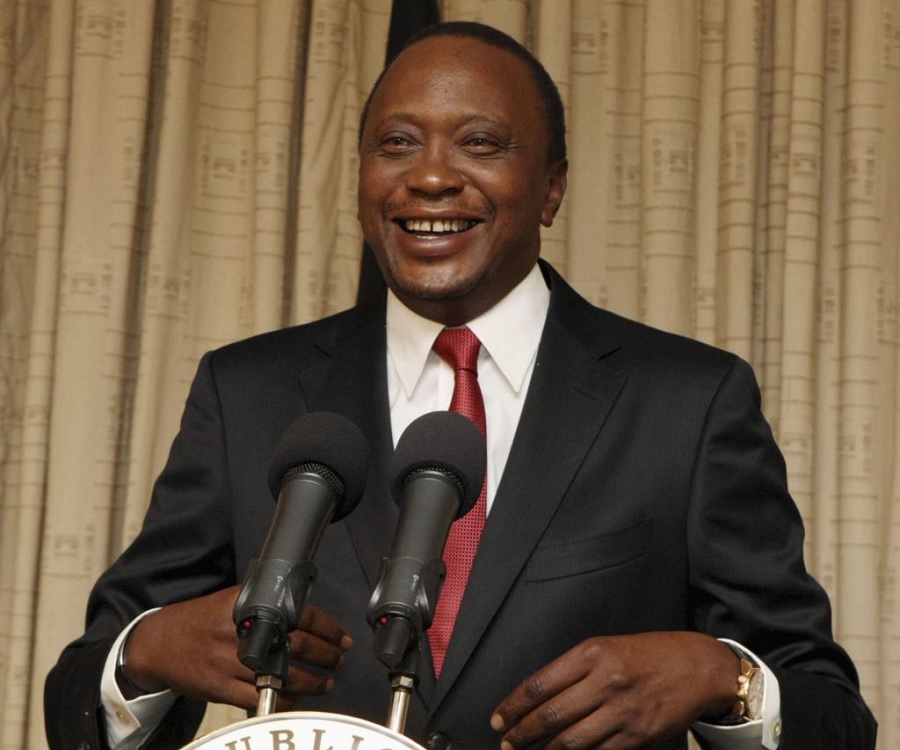 President Uhuru Kenyatta of Kenya has extended a curfew imposed on the East African country due to the novel coronavirus (COVID-19) pandemic by another 60 days.

Kenyatta, who announced the extension on Monday, however, relaxed the starting time from 9:00 p.m to 11:00 p.m.

The president also lifted a ban on the sale of alcohol in restaurants and bars which will operate until 10:00 p.m from Tuesday.

Kenyatta also announced that church services, weddings and funerals can have a maximum of 200 people, up from 100.

According to the President, the finance minister would extend tax relief measures unveiled in April until January 2021.

Schools will not yet reopen until it is established that it’s safe to do so, Kenyatta said.

The government quickly put measures into place to curb the spread of the disease, including shutting schools, closing borders, mandatory mask-wearing in public, and a curfew that lasts until 5:00 a.m.

Fears that the creaky public healthcare system might be overwhelmed have not materialized and the East African nation is slowly reopening. 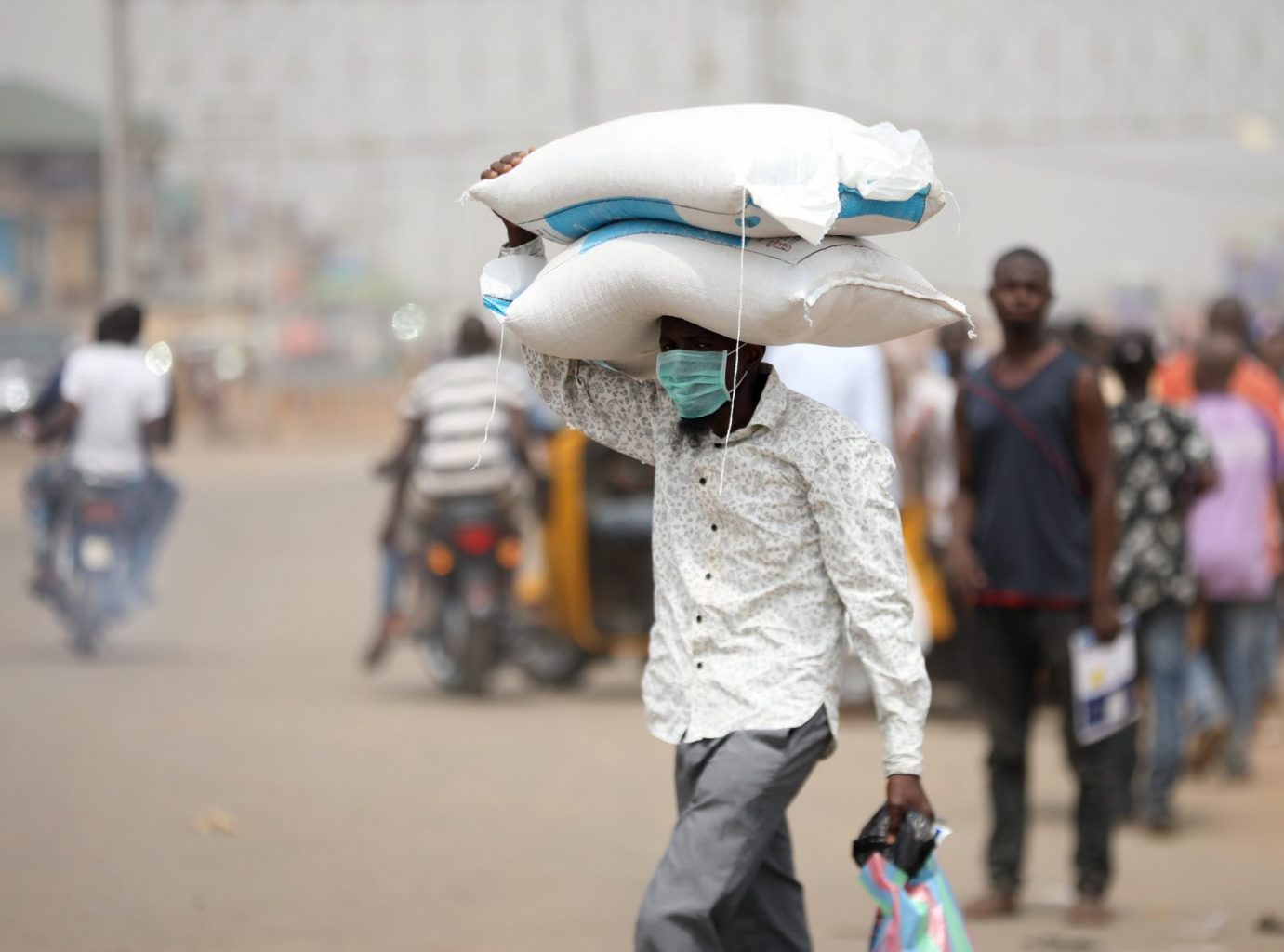 The Nigeria Centre for Disease Control (NCDC) has announced two deaths and 126 new cases of COVID-19 infections in the country.

The NCDC made this known on its official twitter handle on Sunday.

More than 502, 545 samples have been tested by the agency since the outbreak of the pandemic in the country in February.

It also said that the 126 new cases were recorded in 12 states, bringing the total number of confirmed cases to 58,324.

The NCDC stated that 72 patients had recovered and had been discharged in the last 24 hours, while the country recorded two coronavirus-related deaths.

According to NCDC, FCT tops the chart with 30 new cases of the infections followed by Lagos, Rivers and Ogun with 24, 23 and 13 cases respectively.

It said that a multi-sectoral national Emergency Operations Centre, activated at Level 3, have continued to coordinate the national response activities across the country.

Meanwhile, the NCDC has said it is working hard to ensure travel into and out of the country is seamless while prioritising public health and safety.

The agency also said two new laboratories had been activated for inclusion in the NCDC Molecular Lab Network.

According to NCDC, testing at any laboratory in the NCDC network is free.