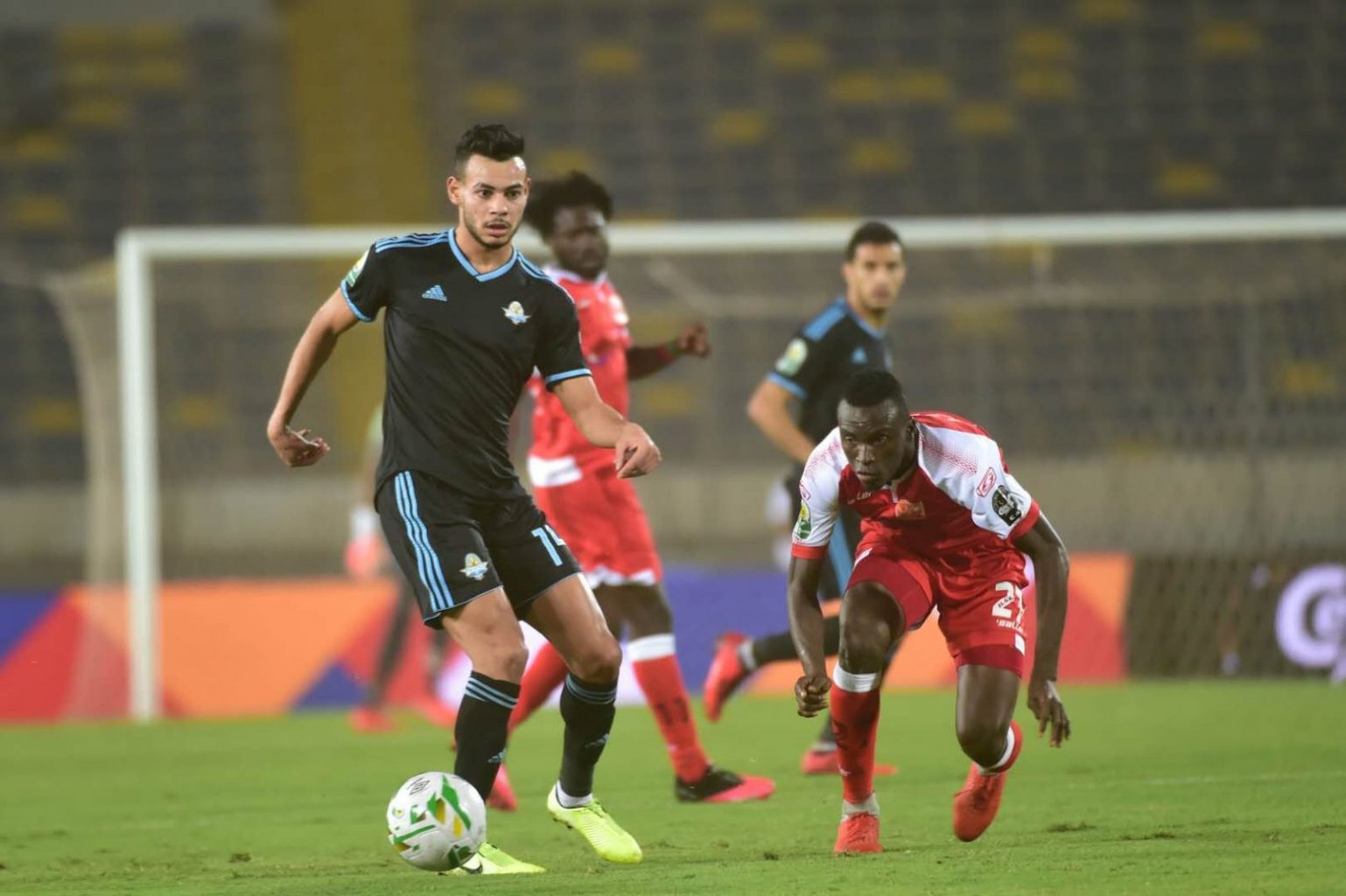 Egyptian side Pyramids FC continued their dream campaign after sealing a place in the final of the CAF Confederation Cup for the first time ever, after two late goals saw them beat Guinean side Horoya 2-0 at the Mohamed V Stadium in Casablanca, Morocco on Tuesday 20 October.

Substitute Ibrahim Hassan and skipper Abdullah El Said scored 60 seconds apart as the Egyptians finally broke down a resilient Horoya to book a final slot against Moroccan side RS Berkane on Sunday.

The Egyptian side totally dominated the opening half, having the lion share of possession and restricting Horoya into their own half.

Pyramids had their first chance of the game after 17 minutes when Mohamed Farouk let fly from distance but Horoya keeper Moussa Camara proved equal to the task with a brilliant save.

Farouk tested Camara again two minutes later with another shot from distance, but it was also dealth with.

Pyramids kept pushing and they came very close to the opener in the 36th minute. A good passing move by Pyramids saw Eric Traore cut the ball back for Omar Gaber but his shot was cleared off the line by Lamine Fofana.

Horoya started the second half with purpose, dominating possession and spreading the play with the Egyptians playing catch up. Their efforts were nearly undone on the hour mark after Eric Traore seemed to have been brought down inside the box by Abou Camara and the Ethiopian referee Tessema Bamlak initially pointed to the spot. But after consulting the pitch-side monitor for a VAR check, Bamlak overturned the decision.

However Pyramids were ahead 14 minutes later when Egyptian striker Ibrahim Hasan slotted in the opener barely two minutes after coming on. The striker who won the title with Zamalek last season had just come on for John Antwi before he raced to a through ball and squeezed it past the keeper.

One minute later, they were 2-0 up when skipper El Said scored a super goal with a sweetly taken curling effort from the left after turning his markers inside out.

Horoya thought they had halved the deficit with five minutes left, but Alseny Camara’s goal was chalked off by the VAR after he was adjudged to have received the ball from an offside position.

Pyramids defended astutely to ensure they continued their fairy tale run in the competition, going all the way to the final in their first ever continental campaign.

They will face Moroccan side RS Berkane in the final after they beat Hassania Agadir 2-1 in an all Moroccan semi-final in Rabat on Monday 19 October. Berkane are in their second successive Confederation Cup final after losing to Zamalek on penalties in last season’s final. 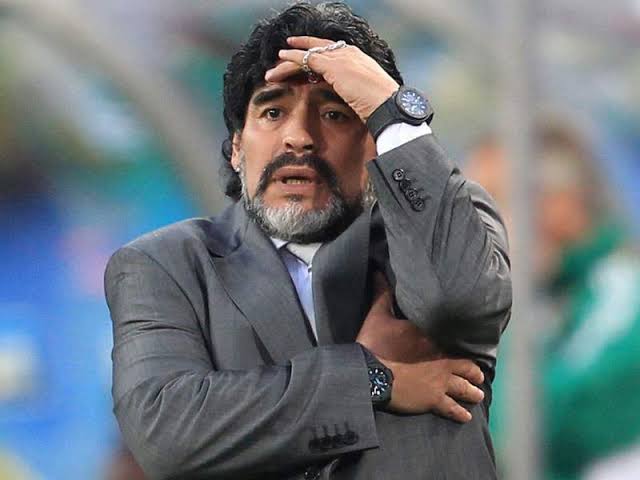 Football legend and arguably the greatest player to have ever kicked a ball, Diego Maradona has died aged 60.

Maradona died of a heart attack weeks after successfully undergoing surgery to remove clots found in his brain.

A football magician during his playing days, Maradona was famed for the hand of God- a goal scored with his hand against England.

The Napoli and Boca Juniors legend appeared in four World Cups for Argentina, leading the Albiceleste to victory in 1986. He further appeared in the 1990 and 1994 World Cups, in which he was sent home for failing drugs test in the latter.

He also had bouts of cocaine addiction and was wanted by the Italian government over unpaid taxes before his death.

Maradona scored 34 goals in 91 appearances for Argentina and is rated as arguably the most blessed footballer to have ever graced the game.

He coached Argentina between 2008 and 2010 amid other spells in the Middle East.

In a statement on Twitter, the Argentine Football Association expressed “its deepest sorrow for the death of our legend”, adding: “You will always be in our hearts.”

He was in charge of Gimnasia y Esgrima in Argentina’s top flight at the time of his death.

Maradona had good connections with Africa, where he was revered for his greatness and otherworldly skill.

As a global football ambassador, he was in South Africa in 2010 and 2011 where he met locals in the Soweto Township. 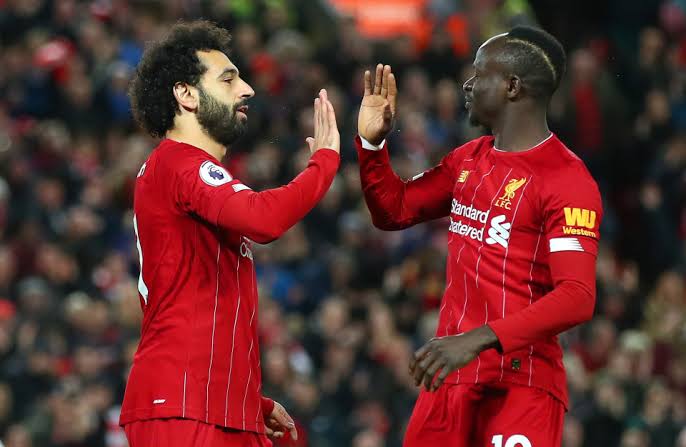 Liverpool African duo, Sadio Mane and Mohammed Salah have been nominated for FIFA TheBest Men’s Player of the Year award.

The pair form part of the Reds’ deadly three-pronged attack with Brazilian, Firmino being the final piece of that jigsaw.

Both players missed out on the award last year as Lionel Messi took it home, but they managed to get in good positions in the top ten.

Liverpool have not had a start as strong as last season’s this term, but both players have shown good form and have helped their team when it matters most.

Lewandowski has been tipped to have the best shout for the award after a stellar season with Die Roten. 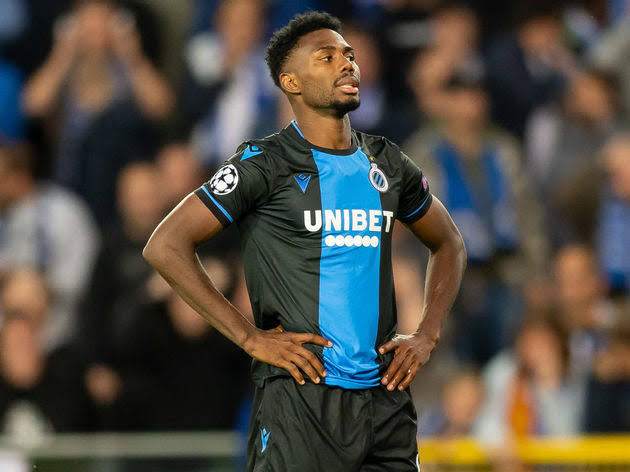 Footballers get injured and miss games, and it is very commonplace. Sometimes, a footballer’s wife may put to bed and he will have to miss a game, but none of these has happened to Nigerian international, Emmanuel Dennis as he’s ruled out of a European night.

Dennis, 23, a Super Eagles player and former youth international will miss his team’s UEFA Champions League clash against Borussia Dortmund after he received punishment for a funny row he got into.

The former Nigerian U-17 international who plays for Belgian giants, Club Brugge has been dropped from the clash after he stormed out of the team bus. While the club has kept mum on the reason for the punishment meted out to him, a report by Het Laatste Nieuw, a Belgian news publication outfit has said he was dropped for refusing to accept taking another seat in the bus.

Brugge’s coach, Phillip Clement refused to disclose the reason Dennis was dropped but confirmed it was a disciplinary action.

“Dennis is fit, but not in our selection,” he said. “He didn’t follow the club’s rules, that’s all I want to say about that. I prefer to concentrate on the players who are available to me.”

The team had set rules against COVID-19 on resumption of football.

Dennis impressed last season in the Champions League when he bagged a brace against Real Madrid at the Bernabeu.

He followed up on his star shows when he scored against Manchester United in the Europa League and has also impressed this season.