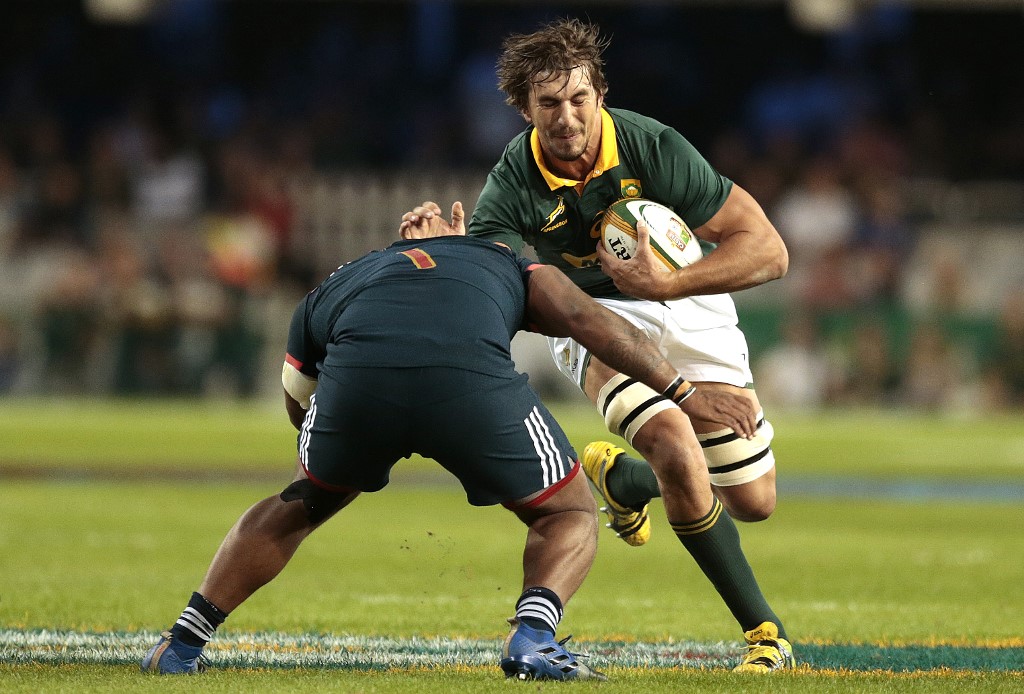 In a statement, the South African Human Rights Commission said it “will institute legal proceedings against Mr. Eben Etzebeth in the Equality Court” on Friday.

Etzebeth, 27, allegedly insulted, assaulted and pointed a gun at a 42-year-old homeless man in Langebaan, a seaside resort about 120 kilometres north of Cape Town in August.

He was named in South Africa’s squad for the World Cup in Japan just a day after the allegations surfaced on social media. The 78-cap lock was interviewed by Human Rights Commission officials before flying out with the South African squad. He denied the allegations.

The commission said it would meet the complainant on Thursday to take further instructions.

The commission will also hold a public meeting on Thursday in the town. “The community are demanding justice, so we are going to give them a platform to ventilate around this matter,” said Jones.

He also said the commission will approach the country’s police service to ask it to look into claims of bias against a police officer who initially investigated the matter.

South Africa’s rugby body, SA Rugby has vowed to cooperate fully with investigations and promised to “take appropriate action once the legal investigation and process have concluded”.

Related Topics:rugbySouth Africa
Up Next 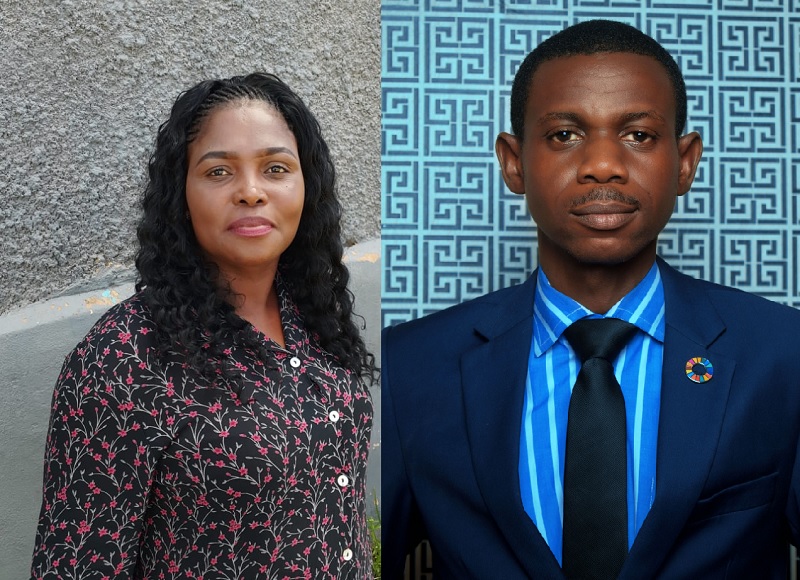 Two Africans – Nigeria’s Olasunkanmi Opeifa and South Africa’s Mokhudu Cynthia Machaba – have been shortlisted among the 10 finalist for the 2020 world’s best teachers prize.

Every year, one teacher is awarded $1m (£747,000) under the Global Teacher Prize for their contributions to the profession.

Opeifa, who teaches at Government Day Secondary School Karu in Abuja, the West African country’s seat of power, is a graduate of the Lagos State University (LASU). As a student at LASU, he volunteered as a teacher in a free tutorial centre that prepared underprivileged students for secondary school examinations and university entrance.

After graduation, he served for a year in a very remote part of the country, Koma, Adamawa, as the only English teacher in a village school of over 200 students. There, he helped build the school’s first-ever library, a statement on the Global Teachers Prize website said.

In 2018, Opeifa was awarded Maltina Teacher of the Year (Best Teacher in Nigeria), and in 2019, his school was among the top ten schools nationwide in the Global Diamond Challenge. As a result of winning the Teacher of the Year award, the school was able to build a block of six classrooms with a well-stocked library, combatting overpopulation in classrooms and vastly enlarging the school’s student capacity.

South Africa’s Machaba teaches at a primary school in Limpopo.

Machaba encourages her pupils to aim higher and those who manage to go the universities come back to thank her.

A statement on the prize sponsors website said Machaba was the runner-up in the ISPA Super Teacher prize for ICT Integration in the classroom in 2009.

It added that in 2015 she was crowned Provincial winner of the National Teaching Award (Technology Enhanced Teaching category), and she has also been recognized as one of the 50 Inspiring Women in Tech for South Africa. 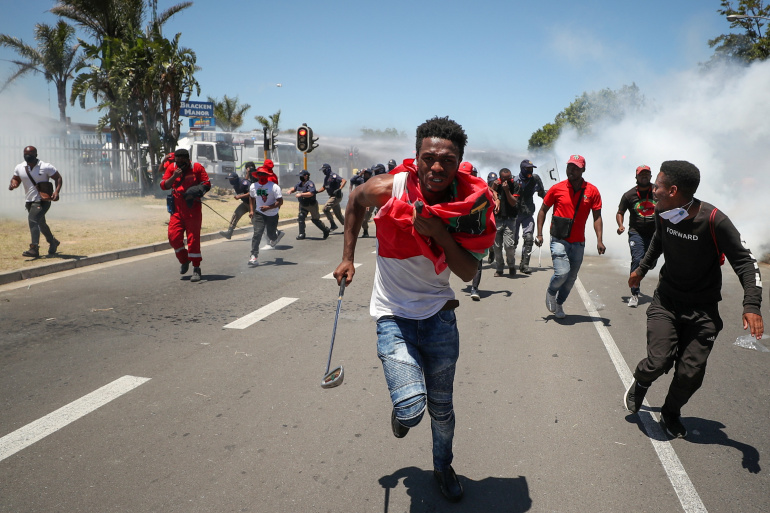 For the second time in as many weeks, hundreds of members of the opposition Economic Freedom Front (EFF) political party gathered outside the Brackenfell High School to protest against alleged racism at the institution.

The school made headlines recently when it was revealed that only white pupils and teachers were invited to a private year-end function. The official school function was cancelled due to COVID-19 concerns.

Police on Friday blocked access to the school hoping to deter the protesters.

The EFF had been granted permission by the City of Cape Town for 100 members to protest, but about 2,000 turned up.

Jack Markovitz, one of the EFF’s few white members, said the situation at the school was the same as every white suburb in South Africa: where racism is deeply rooted.

“I think they yearn for apartheid. This exists in every single white neighbourhood in this country. The only difference is that in Brackenfell it is more potent and violent,” he said.

He added: “we need to transfer the generational wealth and land to the disenfranchised people of this country”. 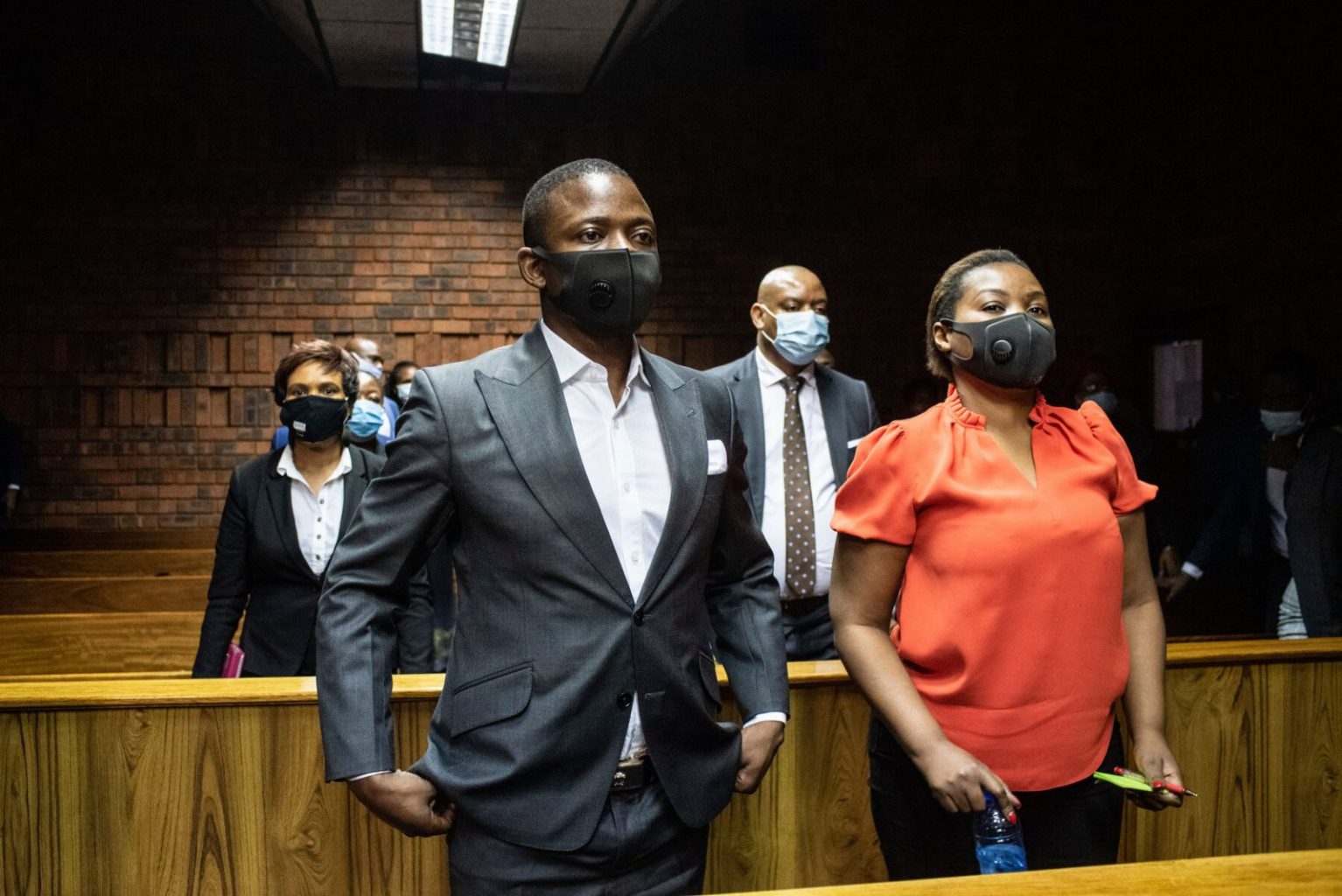 A Malawian court has released Prophet Shepherd Bushiri and his wife, Mary unconditionally after they were arrested on Wednesday.

South Africa has issued an arrest warrant and demanded extradition of the couple, who are standing trial in the country for fraud and money laundering related charges, after they skipped bail and fled to Malawi.

The duo had denied the charges and, after resurfacing in Malawi, claimed that the fled South Africa over death threats.

On Wednesday, the couple surrendered to the police in Malawi. But a magistrate in the Malawian capital, Lilongwe, freed them unconditionally after their lawyer, Wapona Kita, argued that their arrest had been illegal.

The state prosecutor had asked the court to allow police to keep the couple in custody for a further 30 days to allow for the South African government to formally submit an extradition request.

Mr Kita said it was illegal to arrest them before South Africa made a formal extradition request.

The Pretoria magistrate’s court had earlier ordered that the couples’ R5.5m property at Midstream Estate in Centurion be forfeited to the state as they had contravened their bail conditions.

They have already forfeited a combined R400,000 in bail money after slipping out of SA to avoid trial for alleged involvement in fraud and money laundering worth more than R100m.

Bushiri put out a brief statement on his Facebook page after the court ruling.

“I am also informed that some of my assets in SA have been confiscated by authorities, to which I say: ‘My right to life is more important than any asset in this world.’

“Whatever has happened today, I don’t see it as our victory, neither our lawyers. God has won. Tomorrow is better than today!”