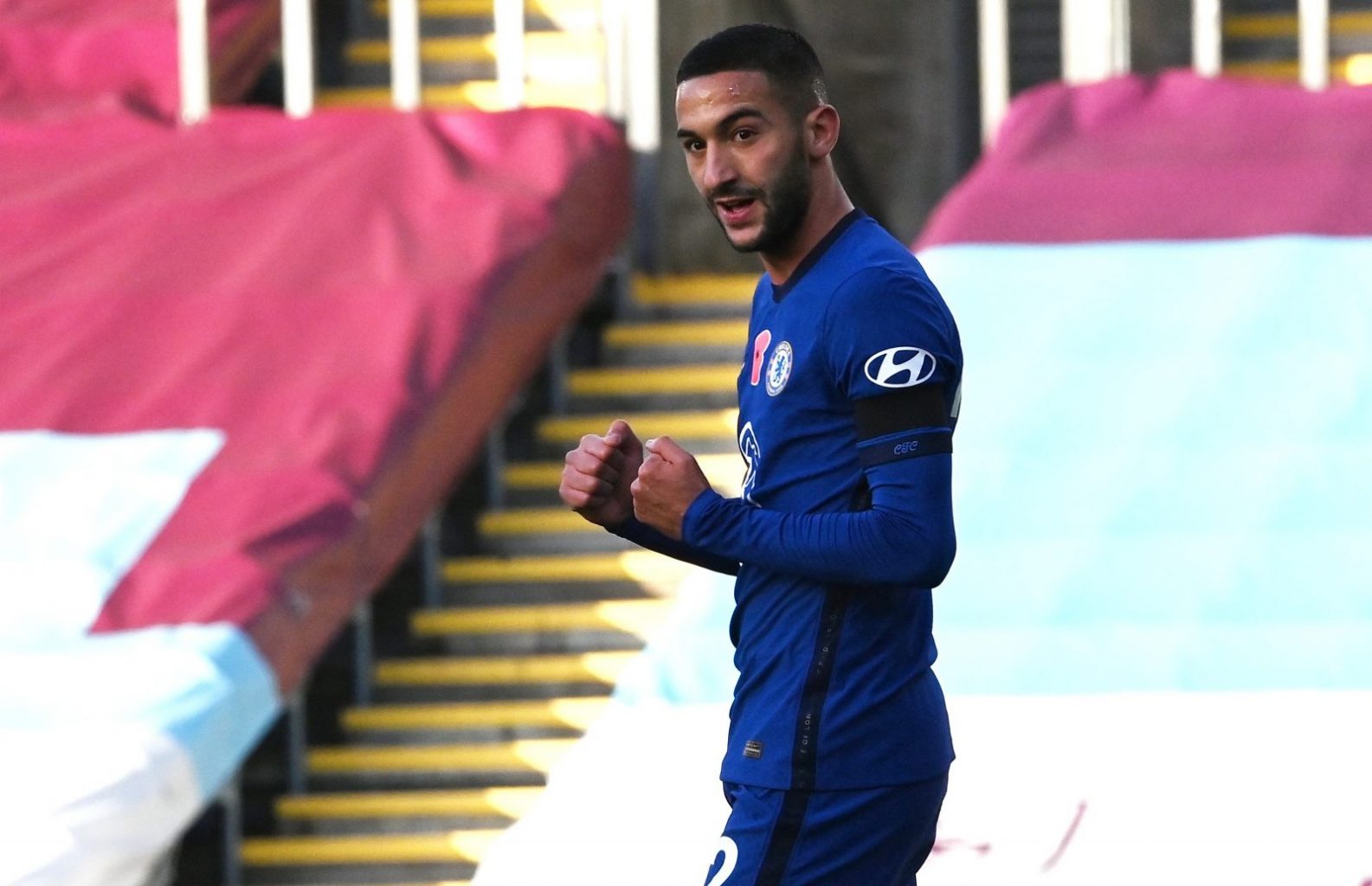 Liverpool moved clear at the top of the 2020/2021 English Premier League (EPL) table on Saturday, with a hard-fought 2-1 win over West Ham United.

Chelsea and Manchester City also enjoyed victories to keep up their chase, on a day which witnessed only three matches.

Chelsea cruised to a 3-0 scoreline at winless Burnley while Manchester City edged Sheffield United 1-0 away with full-back Kyle Walker scoring against his former club.

Wolverhampton Wanderers, who beat Crystal Place 2-0 on Friday, are third, also on 13 points, while Chelsea have moved up to fourth, level with Aston Villa and Leicester City on 12.

Juergen Klopp’s Liverpool side still look far from their best.

But they will be encouraged that they extended their unbeaten home tally to a club record-equalling 63 games in spite of being below par and missing several regular starters.

Pablo Fornals took advantage of a poor header from Joe Gomez to fire West Ham ahead in the 10th minute.

But the champions drew level just before the break when Mohamed Salah was fouled in the area by Arthur Masuaku and the Egyptian converted from the penalty kick spot.

Diogo Jota had an effort ruled out but then grabbed the winner when fellow substitute Xherdan Shaqiri found him with a perfect pass.

The Portuguese made no mistake with his third goal in as many home games for the Merseyside club.

“It’s so difficult with the number of games we have. Seeing the determination and desire of the boys, the will to play football, to deal with setbacks is really exceptional,” said Klopp.

Chelsea showed no signs of tiredness from their successful midweek UEFA Champions League trip to Krasnodar in Russia as they added to bottom club Burnley’s growing troubles.

Hakim Ziyech, the Morocco winger, finished off a smart move with a low drive in the 26th minute to put Frank Lampard’s side ahead.

Later on, Kurt Zouma’s powerful header from a Mason Mount corner-kick made it 2-0 just after the hour mark.

Ziyech turned provider by setting up Timo Werner for the third in the 70th as Chelsea kept a fourth straight clean sheet in all competitions.

“It was a very complete performance from us,” said Lampard, whose new signings appear to be settling quickly into an impressive side.

Performances like this show that we’re doing something positive. We need to get our heads down and keep working hard,” he said.

Like Burnley, Sheffield United remain winless and their latest defeat came with the added sting of former player and local lad Walker delivering the decisive blow.

The right-back marked his 100th league appearance for Manchester City with a goal in the first half and refused to celebrate.

The England international collected the ball outside the penalty box and drilled it into the bottom corner.

“My mum and dad live here. So, if I celebrated I’d probably get a lot of stick. I’m a Sheffield United fan. So, I couldn’t,” said Walker.

Manchester City had plenty of opportunities to put the game to bed but, as manager Pep Guardiola noted afterwards, lacked the killer touch in front of goal.

“They had one clear chance in 90 minutes. So, that is so good for us and how we defended,” said the Spaniard.

“But when we arrive in the final third, we are not clinical enough. Nine goals in five games is not enough. But I understand completely why, for many reasons,” he added. 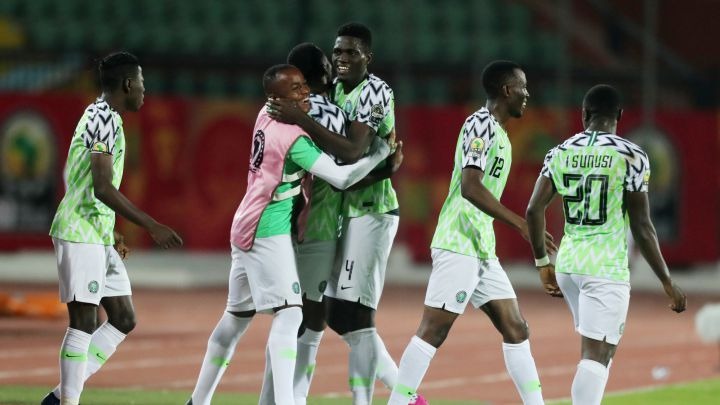 The Super Eagles had failed to win the double-header 2022 Africa Cup of Nations qualifying fixture against Sierra Leone, drawing 4-4 at home and 0-0 away.

Nigeria is the fourth best country on the continent with Senegal retaining the no. 1 spot, followed by Tunisia and Algeria in the second and third positions, respectively.

Meanwhile, Egypt moved three places up to 49th on the rankings. The Pharaohs defeated the Togolese national side twice in the AFCON qualifying fixtures this month.

On the AFCON qualifying table, Egypt is tied on eight points with surprise package Comoros, after beating Togo 1-0 and 3-1 in the 3rd and 4th rounds respectively.

The Pharaohs are five points clear of third-placed Kenya, while Togo is rooted to the bottom with a solitary point.

The best mover in the new ranking was Equatorial Guinea, jumping 10 places to the 134th place, while the biggest drop belonged to Libya, who fell nine spots to 111th place.

Ahly, who went into the game with some key players missing after testing positive for COVID-19 raised the curtains as early as the 5th minute. The Egyptian champions scored through an Al-Sulaya header as they aimed to end their 7-year drought of continental success.

Zamalek thereafter showed more commitment to having the ball and had crisp passing all night in the Cairo derby at the magnificent Cairo International Stadium.

Lively Abdelrazek Shikabala’s beautiful solo effort helped Zamalek level in the 31st minute as they got rewarded for their better possession and urgency.

The second half saw a more stoked match with players of both teams putting their bodies on the line on many occasions.

Ahly improved after the break, and took the game to Zamalek who have been continental champions three times. Nigeria’s Junior Ajayi was lost to injury shortly after the break but it did little to stop Ahly from showing greater purpose.

The game got settled on the 86th minute as Ahly’s Mohammed Magdy scored an all-important winner to hand a 9th continental triumph to the Egyptians.

The game tagged “derby of the century” lived up to hype as a rare football spectacle was seen on a night where the team with a stroke of luck and experience won.

Ahly’s South African coach Pitso Mosimane underlined his status as the best coach in Africa as he has now won the continental showpiece with two different teams in two different countries.

He won the CAF Champions League with Premier Soccer League side, Mamelodi Sundowns in 2016 before his newest success with Al Ahly.

“Zamalek have a good team, they played well and gave us a big scare, they made us play better in the second half because they were stronger in the first,” Mosimane said after the game.

“They played like us, that’s the way we play but yeah, Al Ahly fans, I need to say to them that this is my gift to them. This Champions League trophy is there’s, they deserve it.”

The former Bafana Bafana boss further dedicated the success to the passionate supporters.

“I hope Inshallah that corona passes and we can have them in the stadiums again,” he said. “They deserve this trophy, they have waited for long, every week they came to the training sessions. 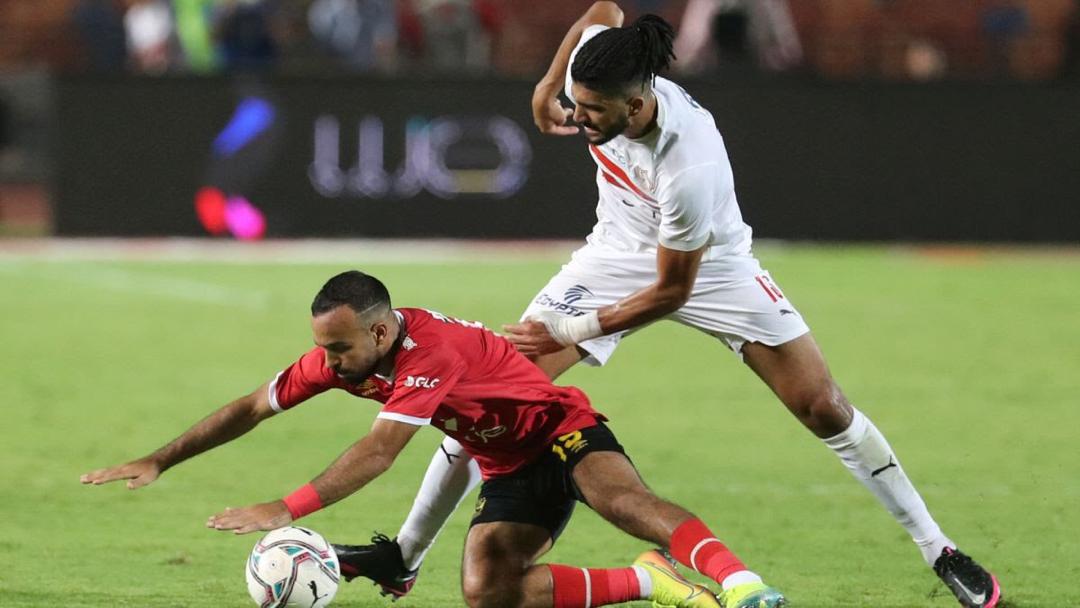 Egyptian giants, Al Ahly and Zamalek will slug it out on Friday in the CAF Champions League. Ahead of their encounter, both teams have seen three members each test positive for coronavirus.

The mouthwatering Egyptian derby, set to be played on Friday at the Cairo International Stadium has seen both teams move into personal camps.

They will however have to battle a raging pandemic to live the dream of a historic final.

Results of tests conducted ahead of the clash showed Zamalek’s Abdallah Gom’aa, Youssef Obama, and Mahmoud Hamdy El-Wensh all testing positive for the virus.

In the Ahly camp, Walid Soliman and Saleh Gom’aa who had contracted the infection earlier still have the virus, while midfielder Aleo Diang’s test returned positive in what’s a big blow to the 5-time champions.

The clash between the two biggest teams in Egypt and on the continent is the first of its kind in history. No two teams from the same country have made it to the final of Africa’s topmost football club cup competition.

Despite the unpalatable situation caused by the COVID-19 cases, both teams still have majority of their best men for the job.

Zamalek and Ahly defeated Moroccan giants, Raja and Wydad Casablanca respectively to book their place in the historic final.

CAF has announced that fans will not be allowed in the stadium as a measure against coronavirus.