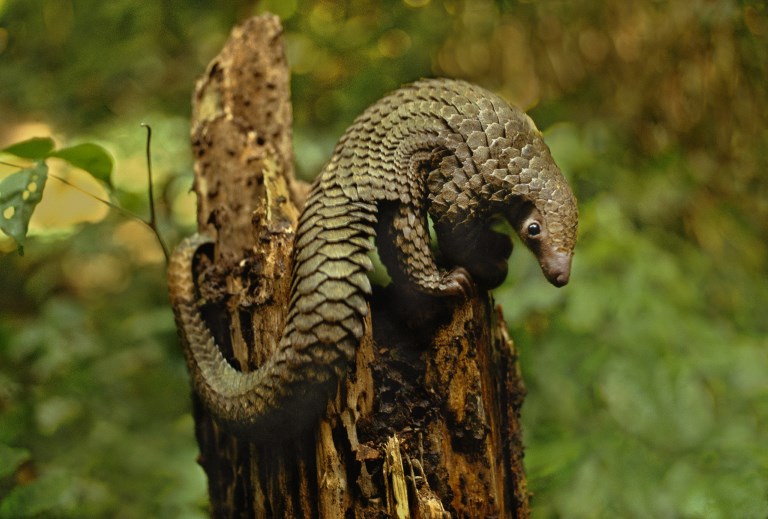 This picture taken on October 21, 2016 shows a pangolin moving in a cage at night. The pangolin has become the most trafficked mammal on earth due to soaring demand in Asia for their scales for traditional medicine and their flesh, considered a delicacy. (Photo by HOANG DINH NAM / AFP)

Asian demands and local corruption drives up poaching: The uncertainty faced by the African pangolin

According to news reports, over 7,500 kilograms of pangolin scales have been seized in the last five years in Cameroon. The news has again brought to light the detrimental reach of international trafficking and poaching in Africa. Even more alarming, this month, was the seizure in Vietnam of 2,500 kg of pangolin scales in just one shipment from Nigeria, which the federal government has decided to investigate.

Traffic, a biodiversity conservation and sustainable development NGO focused on wildlife trade, alleges that more than 20,000 kg of pangolins and their parts, mostly from Africa, and are trafficked internationally every year. In Central Africa, it’s estimated 400,000 to three million pangolins are murdered every year. While there has been much global awareness and fuss around the hunting of rhinos and elephants for ivory, it is pangolins who are atop the global chart of mammals unsheltered to poaching.

The huge volume of scales trafficked and the high rate of poaching poses a serious danger to Africa’s pangolin population. Conservationists say even the least endangered species wouldn’t be able to brave this level of exploitation.

There, four African pangolin species: Temminck’ ground, white-bellied, giant ground and black-bellied. The Convention on International Trade in Endangered Species of Wild Fauna and Flora (CITES)—to which Nigeria, Cameroon, and other African countries are a party—forbids the commercialization of the scaly mammal. Yet, trafficking in pangolins continues to flourish especially in hotspots of Nigeria (a trafficking hub) and Cameroon.

In the past, most people hunted pangolins in Africa as a local delicacy “bush meat” as it is known casually in Cameroon and Nigeria. But the pangolin scales were often thrown out. Then things changed in the early 2000s when an illegal global market for pangolins and their scales opened up. And in recent times, the poaching of African pangolins has become much more revolutionary with the involvement of Chinese and other Asian poachers.

As Asian pangolin species became scarce, poachers from Asia turned to Africa to make up for the shortage in order to supply international markets extending to the United States. China is the chief patron of pangolins, where wealthy Chinese enjoy savoring their meat in restaurants. The Chinese also believe pangolin scales have medicinal values which can cure many illnesses, including erectile dysfunction and different types of cancers.

Related Topics:Conservationnews & lifestyle
Up Next

The Internet: The gift that keeps giving2 minutes read 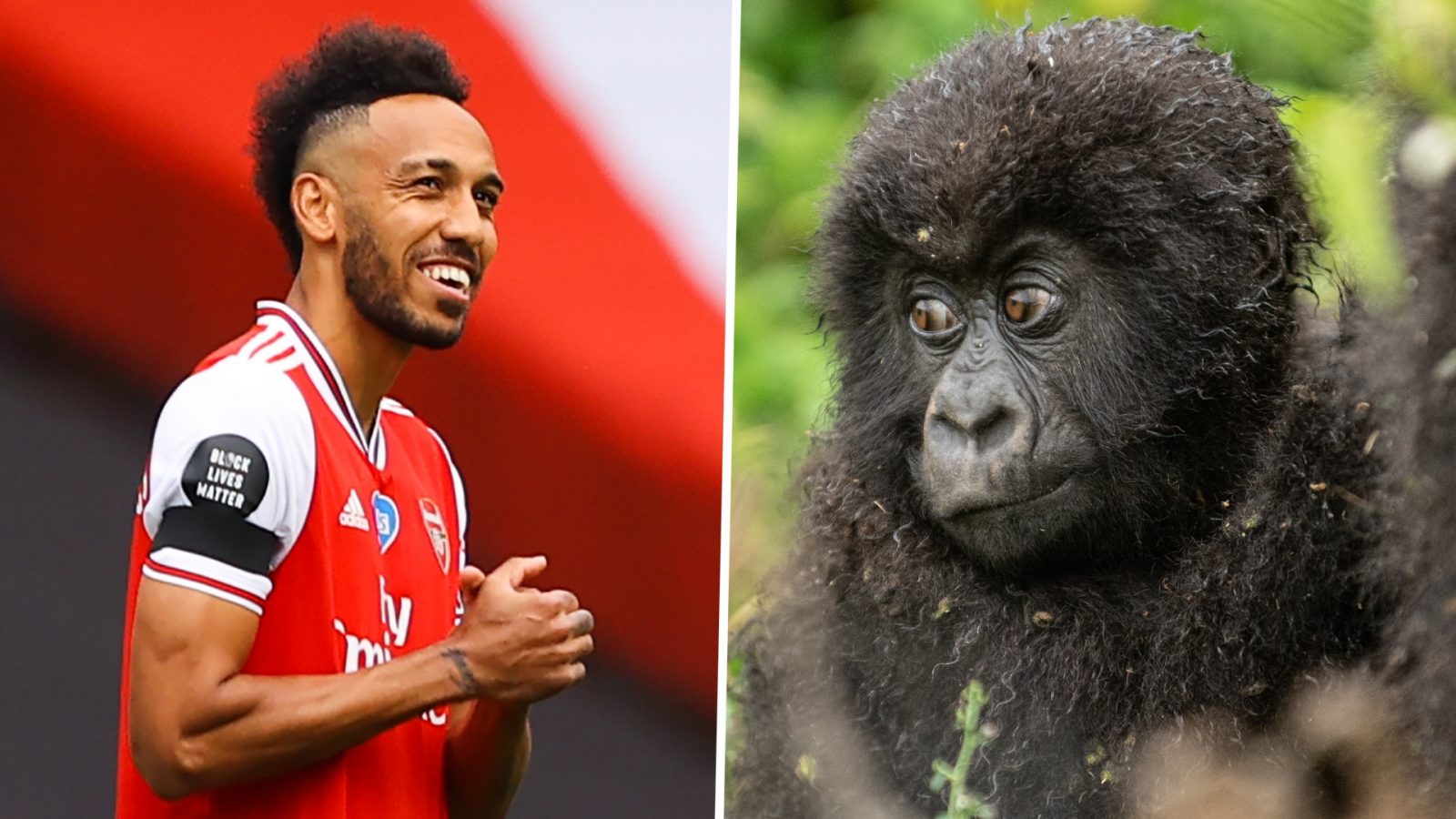 The ceremony which was held late on Thursday 24 September was conducted on the World Gorilla Day, which was first observed on September 24, 1967, when Dian Fossey an American researcher, founded the Karisoke Research Center to study endangered mountain gorillas.

Fossey was one of the foremost primatologists in the world and spent 20 years in Rwanda, where she actively supported conservation efforts, strongly opposed poaching and tourism in wildlife habitats, and made more people acknowledge sapient gorillas. Her work largely helped reduce the downward population trend in mountain gorillas, saving them from extinction. She was murdered in her cabin at a remote camp in Rwanda in December 1985.

“Conservation, tourism, and community development go hand in hand. Each reinforces the other. I commend the people living around the park for being good stewards of the natural environment and such warm hosts for our visitors,” Rwandan President Paul Kagame said during the virtual ceremony.

At Thursday’s ceremony, nine female and 15 male baby gorillas born between May 2019 and June 2020 from 12 families, were given names by national volcanoes park rangers, vets, guides and three players from Arsenal FC. In May 2018, Arsenal signed a 3-year deal worth £30 million with the Rwanda Development Board to promote tourism in the country and also sponsor the team’s shirt sleeves on matchday shirts.

One of them born during the coronavirus pandemic was named “Amabwiriza” (Guidelines), as a ranger calls for gorillas visitors and people in general, to abide by guidelines to stop the spread of the virus.

Pierre-Emerick Aubameyang who has scored 72 goals for Arsenal FC, who he also captains, named the baby gorilla ‘Goal’ calling for ‘collective goals to their protection’.

Defender Hector Bellerin named one ‘Iriza’ (First born), while goalkeeper Bernd Leno named another ‘Myugariro’ (Defender) saying it will be his pleasure “to meet my baby boy gorilla”.

Among other names given to baby gorillas include;

The powerful mountain gorilla is now critically endangered with only around 880 left in the wild. They’re found in high-altitude montain and bamboo forests – sometimes at elevations of 4,000m – where they mainly eat leaves, shoots and stems.

More than 1,000 gorillas live in Virunga Mountains, a chain of volcanoes between DR Congo, Rwanda and Uganda.

Since 2005 more than 300 gorillas have been given names in efforts to monitor their life and protect them from poachers, it was said in the 16th event, the first virtually held because of coronavirus.

Aubameyang, Bellerin and Leno return to action with Arsenal on Monday 28 September when they visit Anfield to face reigning Premier league Champions Liverpool. 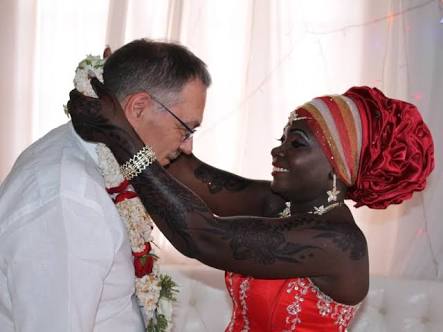 Nyota Ndogo is a musician from Kenya who performs taarab influenced pop music. Doing very well in her career, one thing that as however been a major concern to her is how she and her husband are being perceived.

The Mombasa based singer who got married to a Danish man; Henning Nielsen. They have been married for almost four years now. In May 2016 she got married to the man of her dreams at the coast.

Ever since she got married, Nyota has since been faced with criticisms and backlash. People claim she got married to the Danish man because of money, pointing to the fact that the man is too old for her.

Nyota Ndogo whose real name is Mwanaisha Abdalla seems to have had enough as she came out to address the issue of bloggers referring to her husband in a certain well and this, made her uncomfortable.

The watu Na Viatu singer took to her Instagram to complain about the inappropriate term used to describe her husband, and that anytime she reads a post or an article with the term ”Mzungu”, the post usually screamed discrimination, and she feels her husband is being discriminated against by bloggers.

The singer urged writers and bloggers to stop using that term on her husband. The stern warning was in a post she shared on Instagram, she said;

She likened her situation to Africans who say they feel bad when they are being faced with racism, but they are doing the exact same thing. She argued that Africans do not feel so good when they are referred to by their skin colour because they automatically feel it is tantamount to racism, yet, they feel it is fair to refer to someone that is Caucasian by the colour of their skin.

”Mzungu” is a word that originates from Swahili, which means a white person. However, this word has made the Kenyan singer displeased, and she will want bloggers to take to corrections.

Nyota dogo has two adorable children, a boy and a girl from her ex-husband, but she is yearning to have kids with her husband. The ”Nibebe” hit maker said she had visited several doctors and several hospitals, but still, she and her husband are yet to conceive. 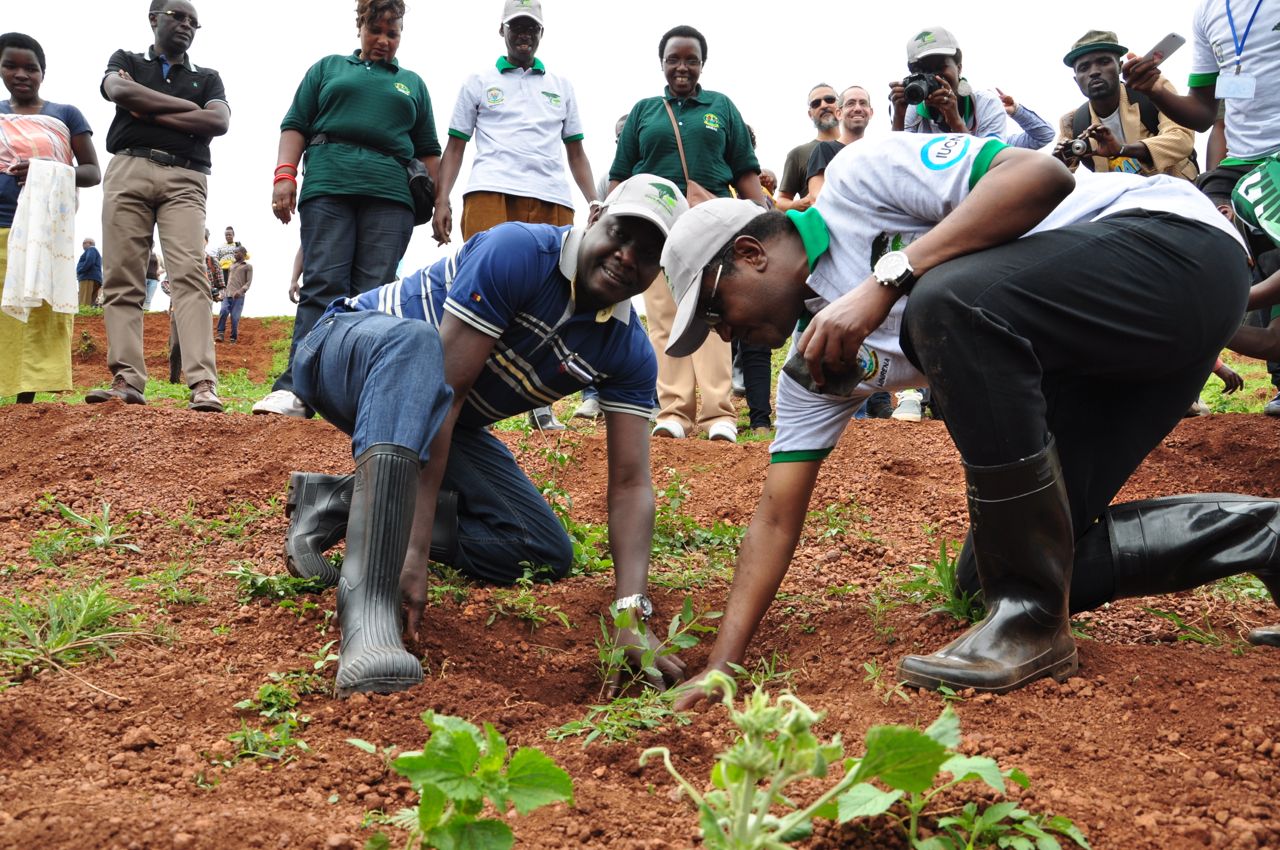 In April 1994, ethnic tensions between the Hutu majority and the Tutsi minority boiled over, and what had been decades of mutual distrust ultimately escalated into a full-blown catastrophe. Over 800,000 Tutsi were murdered by Hutu militant groups, with many women raped, and hundreds of thousands of children rendered homeless.

The genocide, which stretched for three months, was met with a slow response from the international community, and many people were forced to flee into neighbouring countries like the Democratic Republic of Congo (DRC). The events of that dark period in Rwandan history illustrated in movies like “Hotel Rwanda” and “Sometimes in April”, left a trail of effects, some of which included post-violence trauma, increased distrust, hate and proliferation of pregnancies as a result of rape.

Twenty-five years have passed, and it has been a long, tortuous road to healing for all Rwandans, but commendable efforts have been made. Reconciliation and rehabilitation centres abound in various parts of the country, and there has been significant investment in technology, making Rwanda one of the few shining lights in a continent plagued by poverty and corruption. It is also worthy of note that there is significant female representation in Rwanda’s legislative houses: for context, Rwanda has one of the world’s highest proportions of women in power as 61% of members of parliament and 50% of the cabinet are female.

One aspect of the reconciliation process that needs elaboration, though, is the social work profession. Established after the genocide, social work has been integral to Rwanda’s healing process, through homegrown solutions or indigenous models of development that address the many layers of social wounds. Social workers in Rwanda have been heavily involved in programmes such as community work, local collective action and the indigenous practice of girinka, which makes for the provision of one cow for every poor family. There are also initiatives, such as the Hope and Homes for Children, which cater to children who may have been abandoned as a result of parental trauma resulting from rape, family isolation, drug abuse, vulnerability and stigma towards children with disabilities.

Rwanda’s success story is one that many African nations can take a cue from. Who is to say that countries like Sierra Leone would not be a lot better off if there were more women in positions of power? What if there had been more concrete efforts to ensure reconciliation between the Igbo and the rest of Nigeria after the civil war? These are the unanswered questions, but it is beautiful watching Rwanda thrive after the horror show of 1994.