In case you missed it, here is a review of the top 5 Africa-related stories from the weekend – November 20 – 22, 2020 Do not forget to subscribe to our Youtube channel link in our bio. #AfricaFirst #AfricanSports #soccer #tennis 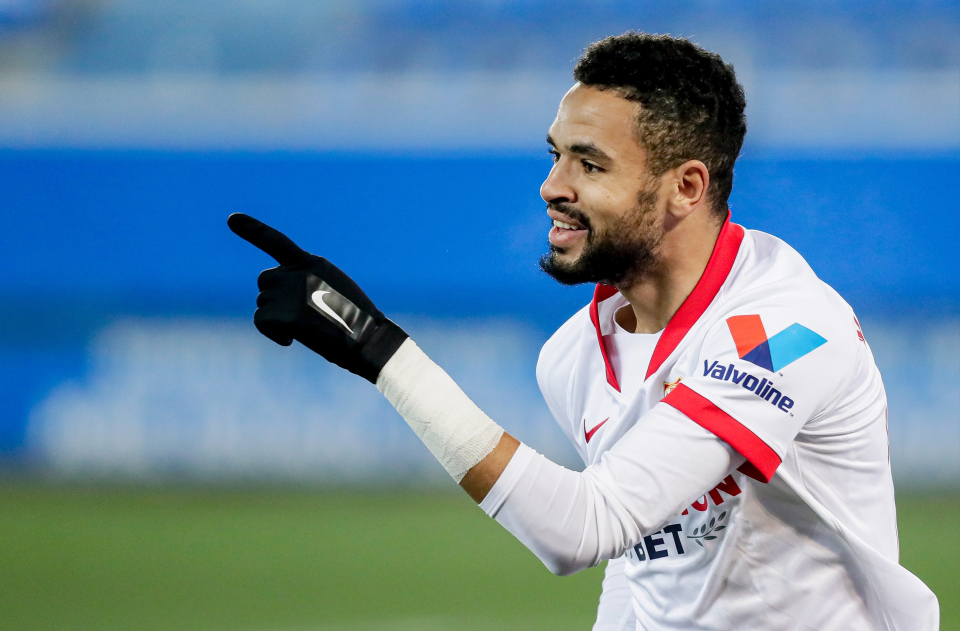 Moroccan Youssef En-Nesyri scored his second hat-trick in the space of a month to give Sevilla a 3-0 win over Cadiz.

The victory lifts the home side to third in the table and means that with 12 goals, En-Nesyri is current top goalscorer in the Spanish top-flight.

He got his first on the rebound after Suso’s shot had come off a post on 35 minutes.

He doubled the lead heading in a Suso free-kick on 39 minutes, and he nodded in the third from close range on 62 minutes.

“I have not changed anything, this is just the result of hard work and focus,” said the Morocco international, who has now scored hat-tricks in consecutive home matches.

He managed to net the second in spite of having needed treatment a moment earlier because of an eye problem.

“I couldn’t see properly out of one eye. But I knew the cross was for me and so I had to try to finish it. I scored the goal with one eye,” he said.

Lopetegui will also be pleased En-Nesyri, who was linked with a move to West Ham in the transfer window, has no plans to move on.

The 23-year-old striker added: “I want to finish the season at Sevilla. This is a great club and I am very happy here.”

Also on Saturday, Huesca drew 0-0 with Villarreal and Real Sociedad drew 2-2 with Betis.

Real Madrid closed the gap at the top of the Spanish La Liga to four points with a 4-1 away win at Alaves on Saturday.

Casemiro headed in the first goal on 13 minutes and Karim Benzema doubled the lead on 41 minutes.

Eden Hazard was excellent in the first half and may be credited with an assist as he tried to flick the ball through to Benzema.

But there was no doubt about his involvement in the third goal, as he scored from Toni Kroos’ assist.

Alaves were brighter in the second half and Joselu pulled a goal back with a powerful header on 59 minutes.

But Benzema raced away to get his second of the game and the fourth for Real Madrid and put the result beyond doubt.

The result was the perfect way to help Real Madrid forget the midweek Cup exit against third-tier Alcoyano.

“It was what we needed after a difficult week. We want to win every game but every game is difficult,” Benzema said.

“This will be good for confidence and there is still a long way to go in the season.”

For Alaves it was not the way they wanted to celebrate the club’s 100th birthday.

Coach Abelardo Fernandez said: “We disappeared as a team after the first goal. At least there was a reaction in the second half.” 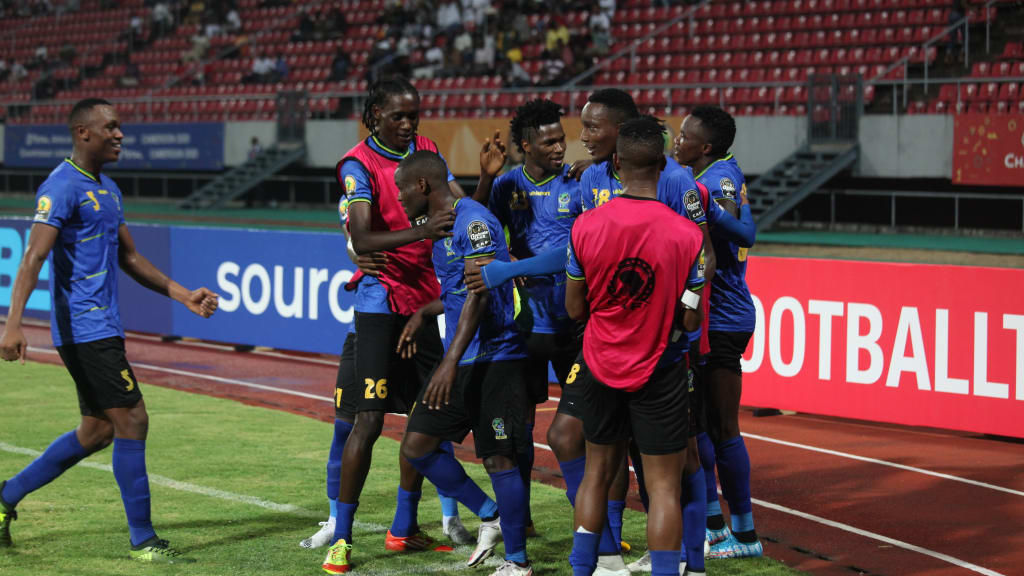 Namibia were eliminated from the 2020 African Nations Championship (CHAN) on Saturday after losing 0-1 to Tanzania in a historic match in Cameroon.

A second-half strike by Farid Mussa was all the Taifa Stars needed to win the first all-female match officials in a CAF senior men’s game played at the Limbe Stadium.

The result means both Zambia and Guinea maintain their places at the top of the group with four points apiece while Tanzania keep alive their hopes of advancing with three points in third place.

Namibia have no points after two matches and have thus been eliminated from the competition because they cannot finish at least second the group even if they win their final match.

With history being made as for the first time in African football all the match officials were females in a senior men’s CAF competition, a lot was expected from the game.

But the early exchanges did not inspire confidence.

The best chance of the first-half fell to the Taifa Stars in the 29th minute, but striker Mussa’s flick was blocked by goalkeeper Kamaijanda Ndisiro before it was cleared away.

The Brave Warriors goalkeeper also saved from Ayubu Lyanga and Saidi Juma, with Marcel Papama testing Aishi Manula at the other end in a goalless first half.

Just after the break, Namibia captain Absalom Limbondi forced the goalkeeper into a double-fisted save from a free-kick at the edge of the box following the Warriors resolve to throw more men forward.

On 63 minutes, Lyanga found some space in the penalty box and wriggled past two defenders before unleashing piledriver which Ndisiro dived to save with aplomb.

Ndisiro tried to punch with one hand and the ball fell in the path of Mussa who hammered home to spark some frenzied celebration.

Namibia could have equalised in the 77th minute when substitute Isaskar Guribab teased goalkeeper Manula out of his spot but the midfielder’s final touch went just wide.

The Taifa Stars goalkeeper was called into action two minutes later and he produced a marvelous save from Absalom Limbondi’s free-kick near the goal of the East Africans.

Gurirab produced a fantastic but desperate bicycle kick with two minutes remaining as the Brave Warriors pressed in search of the elusive equaliser.

Manula’s heroics sealed the fate of the Brave Warriors who are now eliminated from the competition losing their second straight match in the four-team group without scoring a goal.

Namibia will play Zambia in their final group game at the Limbe Stadium on Wednesday.

Guinea travel to the Stade de la Réunification in Douala to face Tanzania in the matches that will be played simultaneously. 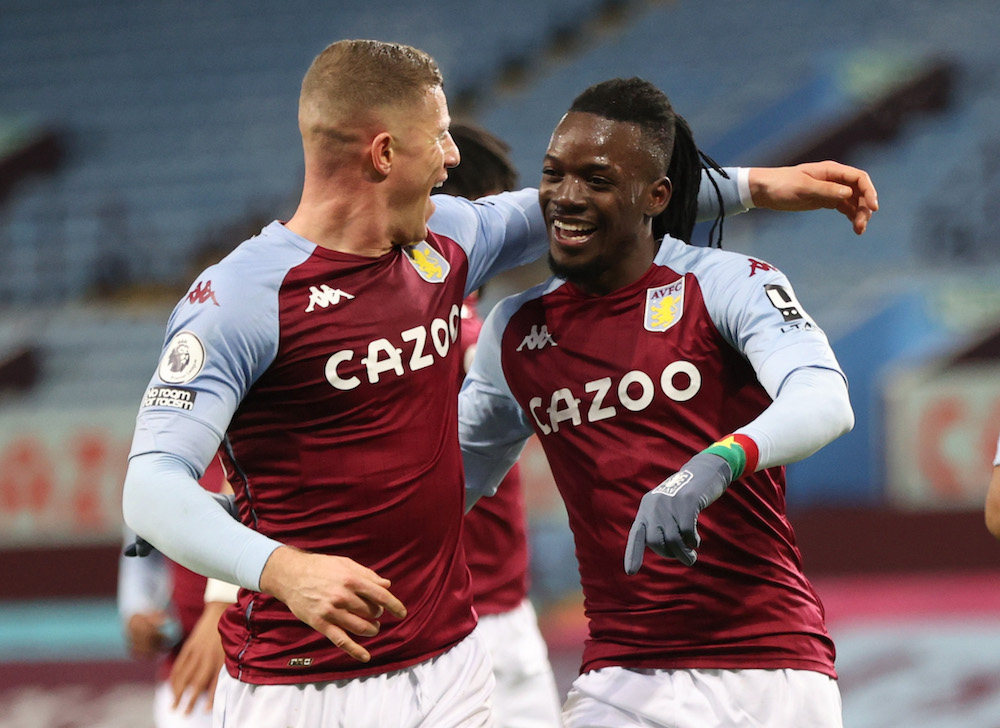 Aston Villa got back to their winning ways on Saturday with a 2-0 home victory over struggling Newcastle United.

The three points lifted them to eighth place in the English Premier League with 29 points after a coronavirus-enforced break.

It was no more than Villa deserved as they missed several chances to win by a bigger margin while the visitors lacked any edge with their midfield stifled out and unable to feed strikers Andy Carroll and Callum Wilson.

Aston Villa have two games in hand because an outbreak of coronavirus at their training facilities.

The outbreak forced manager Dean Smith and many first team players to isolate from Jan. 6 and miss two fixtures.

Newcastle United meanwhile have not picked up a win in seven league games since Dec. 12 and have slipped to 16th place on 19 points, seven clear of the relegation zone.

Watkins was delighted and conceded his barren run had dented his confidence.

“I feel like it has been a long time coming, I have been getting into the right areas and it has been frustrating,” he told Sky Sports.

“As a striker you always want to score goals, I have been unlucky and thankfully it went in today. I kept my eye on the ball and the next thing I knew it was in the back of the net.

“The goals will always come if I keep going in the box, it came off a defender’s shin tonight and fell for me.”

Villa pressed from the start and Watkins fired them into a 13th-minute lead as he beat visiting goalkeeper Karl Darlow to the ball and headed it in after Fabian Schaer failed to clear a low Matt Targett cross from the left.

Watkins had another effort correctly ruled out for marginal offside before Traore made it 2-0 in the 42nd, beating Darlow with a fine first-time shot off the underside of the bar thanks to a superb assist by Jack Grealish.

Villa kept up the pressure after the break as Darlow denied Watkins in the 48th minute and substitute Trezeguet in stoppage time, while Ross Barkley came close with an audacious back-heel and Grealish fired wide of the far post.