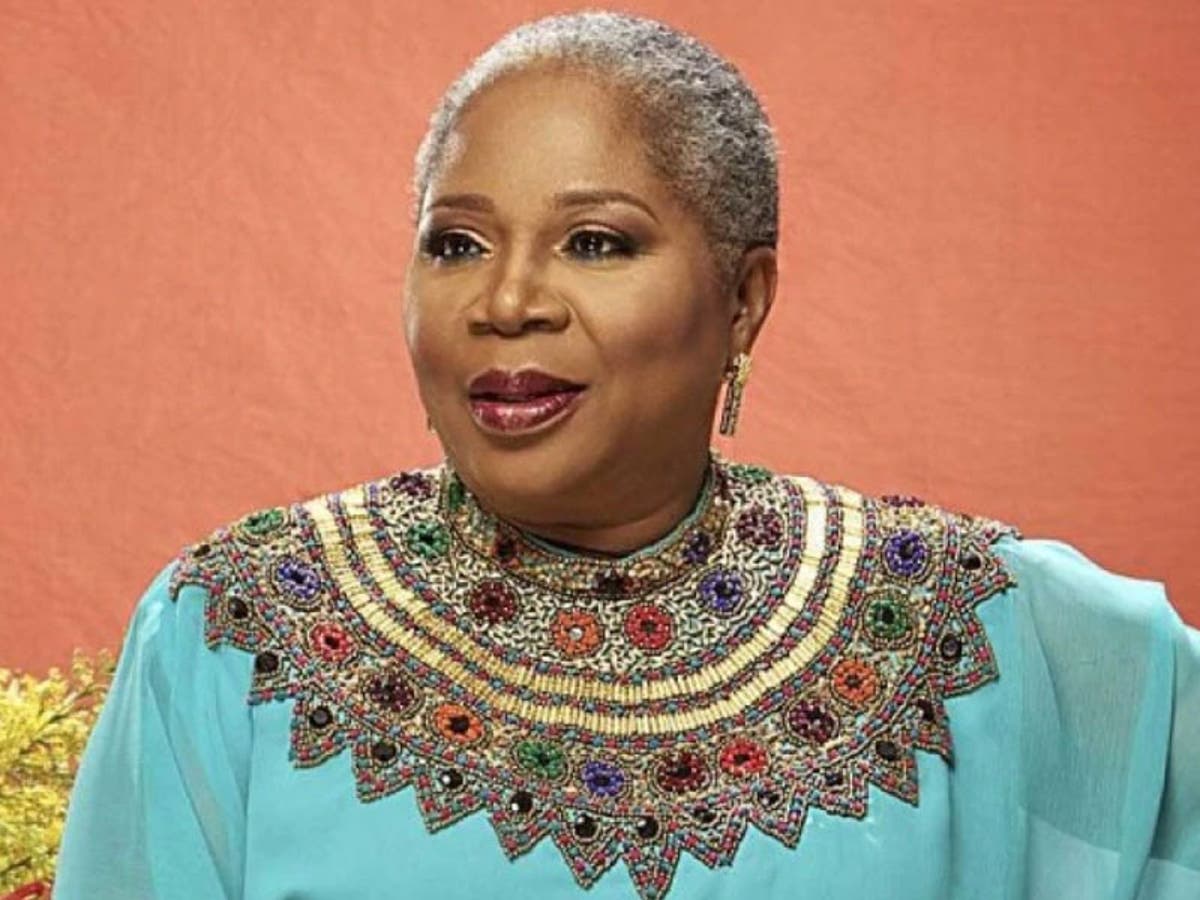 Onyeka Onwenu blew the hearts and minds of Africans in the early 80s when she started her music career while still working with the NTA as a broadcaster.
She was born 31st January, 1952 and hails from Arondizuogu, a small town in Ideato North, Imo State. She was raised in Port Harcourt. She is the youngest daughter of Nigerian educationist and politician D.K. Onwenu who died when she was four years old in an auto crash a week before his appointment as Minister for Education, leaving his widow, Hope, to raise five children alone after her husband’s family denied her access to his property (The song “African Woman” from Onwenu’s fourth album One Love is loosely inspired by her mother).

Onyeka is a Nigerian singer/songwriter, actress, human right activist, social activist, journalist, politician, and former X Factor series judge. Dubbed the “Elegant Stallion” by the Nigerian press, she is a former chairperson of the Imo State Council for Arts and Culture. In 2013 she was appointed the Executive Director/Chief Executive Officer of the National Centre for Women Development.

She possesses a BA in International Relations and Communication from Wellesly College, Massachusetts, and an MA in Media Studies from The New School for Social Research, New York. She worked for the United Nations as a tour guide before returning to Nigeria in 1980 to complete her mandatory one-year national service with NTA where she made an impact as a newsreader and reporter. In 1984, she wrote and presented the internationally acclaimed BBC/NTA documentary Nigeria, ‘A Squandering of Riches’ which became the definitive film about corruption in Nigeria as well as the intractable Niger Delta agitation for resource control and campaign against environmental degradation in the oil rich region of Nigeria.

A former member on the board of the NTA, she has also worked as a TV presenter, hosting the shows Contact in 1988 and Who’s On? In 1993 both on NTA Network. Originally a secular artist, Onwenu made the transition to gospel music in the 90s, and most of her songs are self-penned. She wrote and sang about issues such as health (HIV/AIDS), peace and mutual coexistence, respect for women rights, and the plight of children.

She began her music career in 1981 while still working in NTA, releasing the album For the Love of You, a pop album which featured an orchestral cover of Johnny Nash’s “Hold Me Tight”, and her second album Endless Life was produced by Sonny Okosuns. Both records were released on the EMI label.

Her first album with Polygram, ‘In The Morning Light’, was released in 1984. Recorded in London, it featured the track “Masterplan” written by close friend Tyna Onwudiwe who had previously contributed to Onwenu’s BBC documentary and subsequently sang back-up vocals on the album. After her fourth release, 1986’s One Love which contained an updated version of the song “In the Morning Light”, She collaborated with veteran jùjú artist Sunny Ade on the track “Madawolohun (Let Them Say)” which appeared in 1988’s Dancing In The Sun. This was the first of three songs the pair worked on together; the other two – “Choices” and “Wait For Me” – centred on family planning, and were endorsed by the Planned Parenthood Federation of Nigeria who used “Choices” in their commercials. Her final release on Polygram was dedicated to Winnie Mandela, the subject of a song of the same name which She performed live when Nelson Mandela and his wife visited Nigeria in 1990 following his release from prison.
Onyeka diverted to Benson and Hedges Music in 1992 and released the self-titled Onyeka!, her only album with the label, after which she made the transition to Christian/gospel music.

Onyeka didn’t stop at the broadcast and music industry but also went in to the movie industry and still did beautifully well. She featured in numerous Nollywood movies, and in 2006 she won the African Movie Academy Award for Best Actress in a Supporting Role for her performance in the movie “Widow’s Cot”. She was also nominated that same year for African Movie Academy Award for “Best Actress in a Leading Role” in the movie “Rising Moon” In 2014. She was in the movie “Half of a Yellow Sun” with Chiwetel Ejiofor and Thandie Newton, she was also in “Lion Heart” with Genevieve Nnaji who happened to be the producer.

Her most popular songs are Iyogogo, Kosi, Oh Woman and more.
Onyeka was and still is a great woman!

Nomcebo shoots herself in the foot.3 minutes read